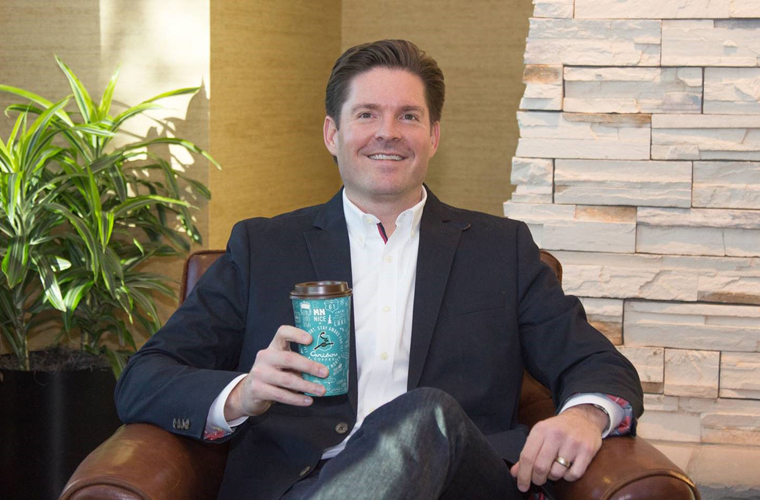 Caribou Coffee has appointed longtime Target executive John Butcher as CEO. Butcher has been president of the company since joining Caribou in June of 2017. He replaces Sarah Spiegel, who left the company last fall for personal reasons, according to multiple news reports.

Prior to joining Caribou, Butcher occupied a number of executive roles in merchandising and marketing at Target.

“I am humbled and honored to lead such an iconic Midwestern brand,” Butcher said in a company press release today. “Every day at Caribou we have the opportunity to help people start their morning with an amazing, locally roasted cup of coffee and a great interaction. It’s a moment that can make a person’s day and I think that’s truly rewarding.”

Butcher’s appointment comes at a transformative time in the 26-year-old Minnesota company’s history. Last month, Caribou made headlines by announcing that a credit card data breach had affected approximately 265 of its stores, giving hackers access to potentially thousands of credit card numbers and protective PINs between Aug. 28 and Dec. 3.

One week ago, the chairman of Caribou’s parent company, the Luxembourg-based German conglomerate JAB Holding Company, announced his resignation. Sources told the Financial Times that 62-year-old Bart Becht resigned amid disagreements with other JAB executives about the pace of acquisitions, with Becht favoring a scaled back approach to focus on the operations of existing businesses.

“After almost 40 years in the branded consumer business, I have decided it is time to refocus my activities and retire,” Becht said in a statement last week.

Along with Caribou and its sister brand Coffee & Bagels, JAB is a majority owner of other major coffee-related businesses such as Peet’s, Keurig Dr Pepper, Panera Bread and Pret a Manger. According to JAB, Becht’s resignation also removed him from the executive boards of numerous JAB companies, including Caribou.