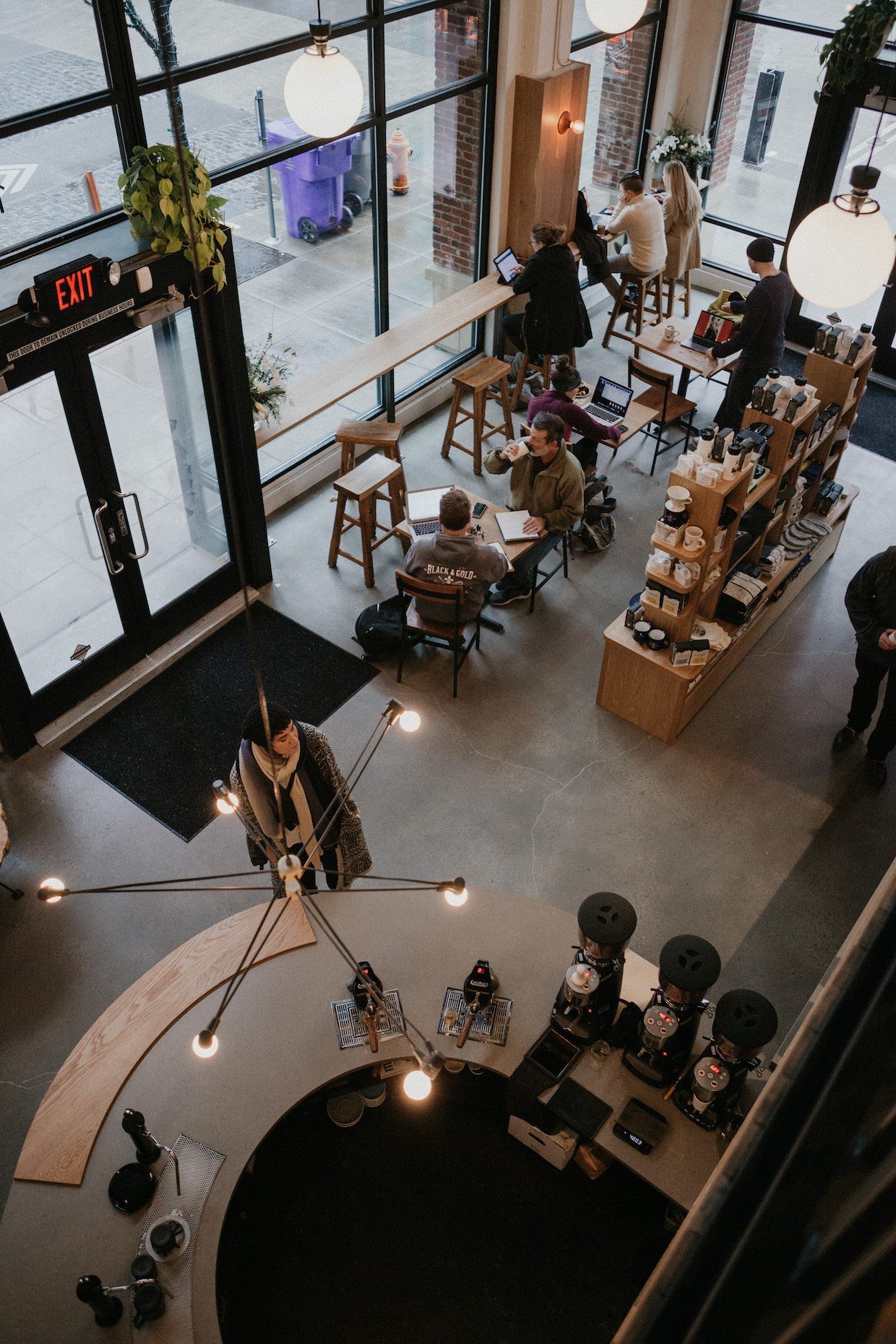 Sisters Coffee Company has been born anew in the Pearl District of Portland, Oregon, after water damage closed the cafe exactly five months ago.

Last August, a fire in a residential unit above the space activated the sprinklers, causing water damage throughout the shop. While certainly an unwelcome turn, the disaster offered the family-run roasting company an opportunity to reimagine the Portland cafe, which had been building a loyal following for eight years. 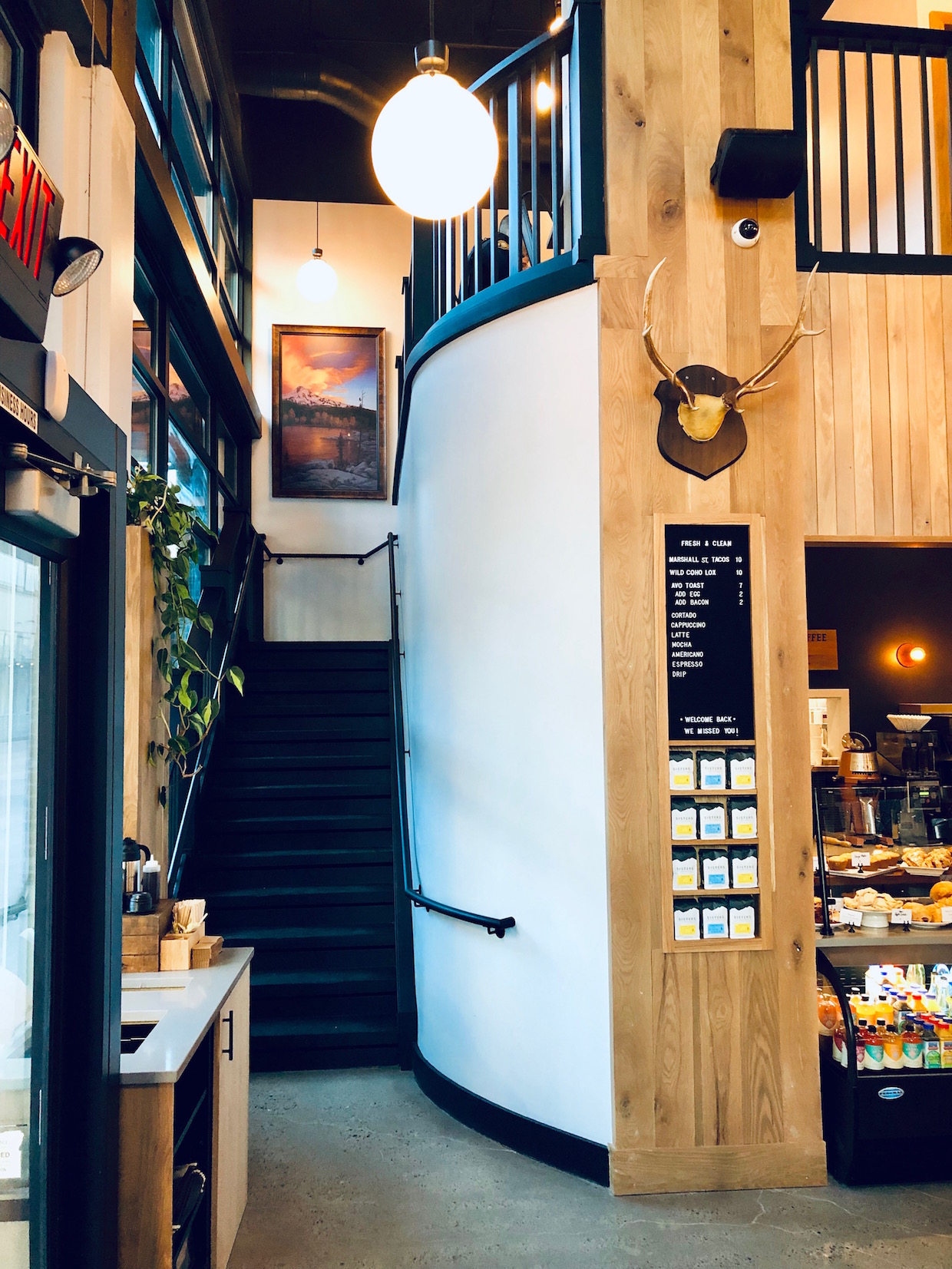 “We love our location. The intention was always to reopen that space,” Jared Durham, one of three second-generation owners of the Sisters company along with his brother Justin and sister Jesse, told Daily Coffee News. “Our customers in the Pearl District have been amazing. We have eight years in business on that block, and we have a really strong insurance policy, so from the beginning there was never a doubt that we were going to rebuild.”

The remodel involved tearing out a large fireplace to make way for a long leather bench seat, replacing a second-level bookcase with more bench seating, and expanding and redesigning the bar to improve flow and maximize interactions between staff and patrons. 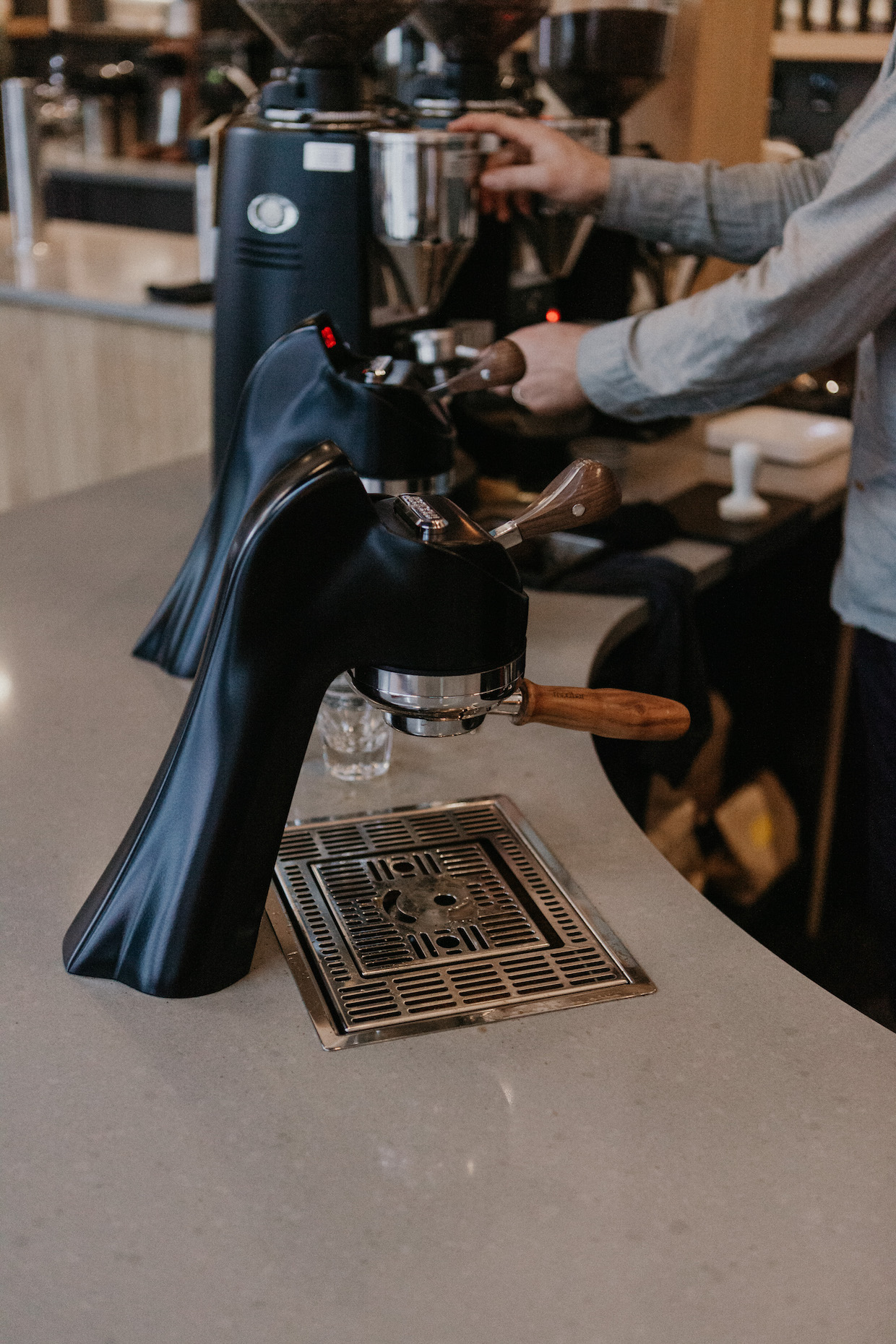 “At the end of the day, what we tried to do with the new concept is stay true to our core hospitality experience while trying to deepen and enhance our experience with the customers,” said Justin Durham.

The Durhams are enthusiastic adopters of La Marzocco/Modbar’s “outside the box” concepts regarding bar design. A sleek Modbar system, in which most elements are hidden under the counter, extends along the bar for preparation of espresso drinks and pourovers. 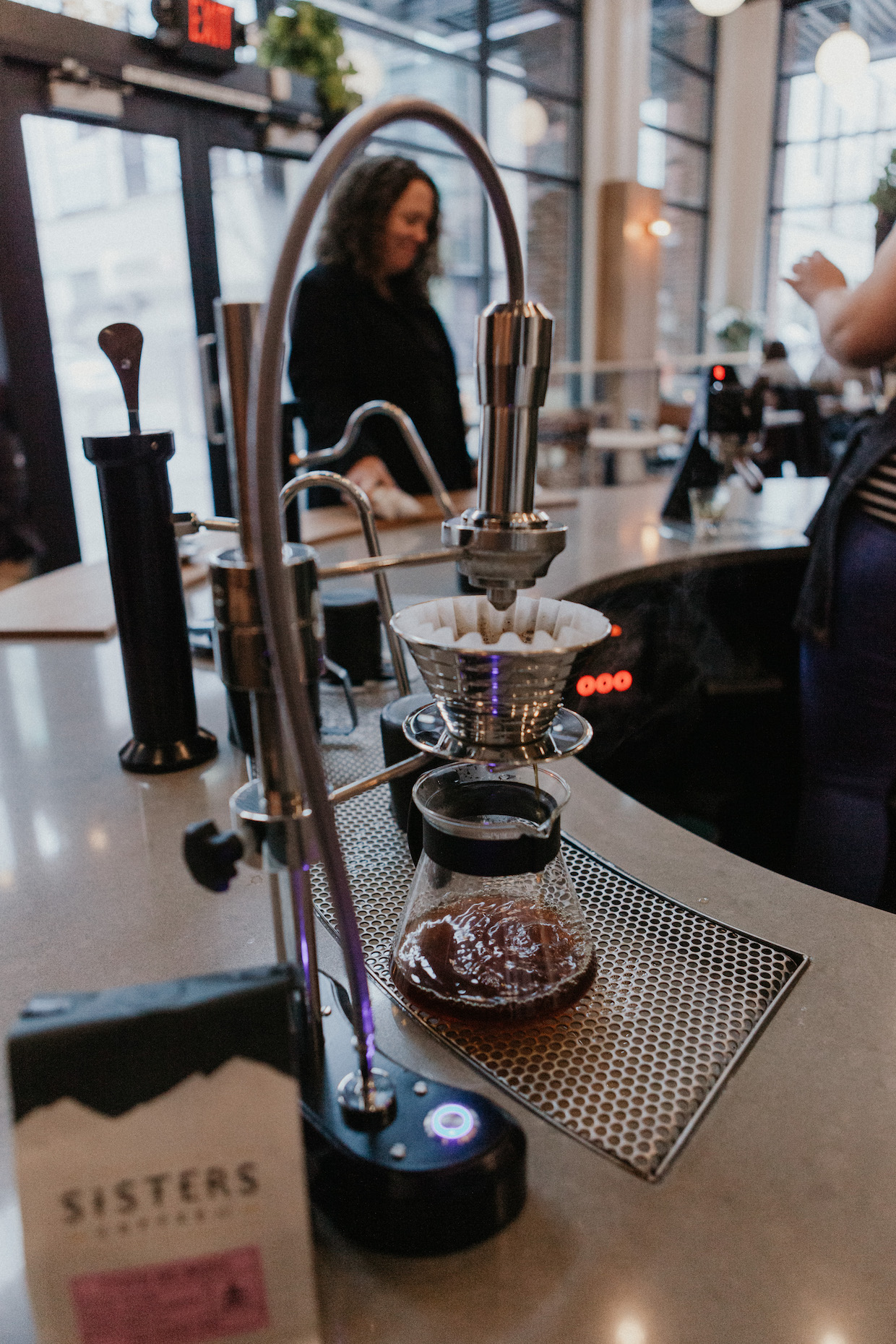 “How can we create more accessible conversations and remove obstructions to the customer? How can we reach our hospitality objectives when you have this big box between the team member and the customer?” Jared asked of traditional coffee bar design. “The less time [baristas] have to spend tinkering behind a large box is more time that they can have with the customer.”

Inside, customers are treated to a better-lit and wider-open cafe space where white oak surfaces and accents are highlighted by wall sconces selected by local design studio The Good Flock. A mural of the Three Sisters volcanic peaks near the company’s foundational roastery and flagship cafe in Sisters, Oregon, adorns the east wall, including a centerpiece photo of South Sister from adventure photographer Tyler Roemer. The design was led by the three siblings along with local firm Guggenheim Architecture and Design Studio, which led the original Pearl cafe design, as well as the recent redesign of the Sisters flagship. 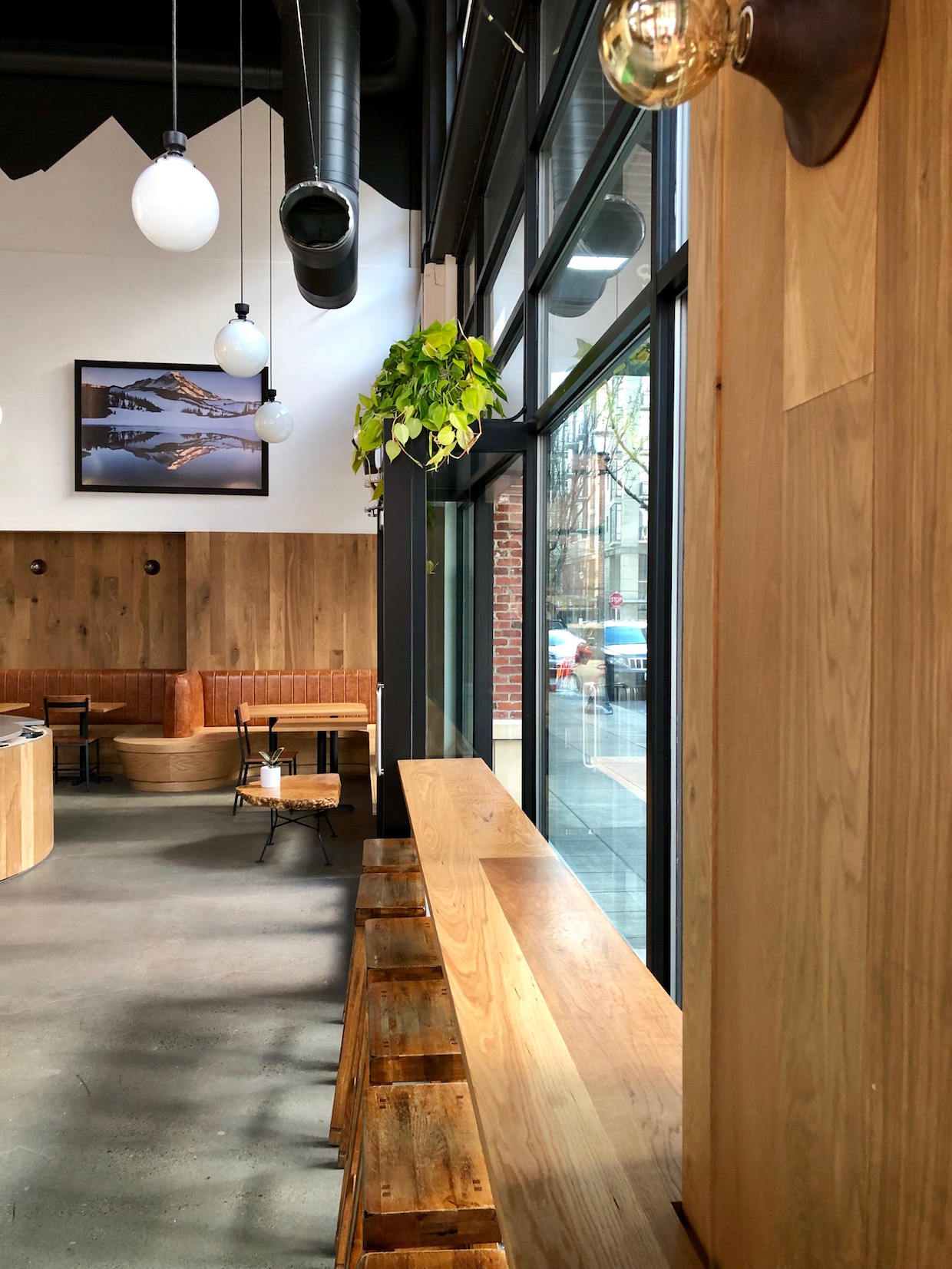 “We’ve been in business for 30 years and we’re in the second generation. Over the years, your brand continues to evolve,” said Jared. “Part of our old kind of aesthetic and some elements that have been part of our experience over time we were willing to change.”

One thing that hasn’t changed much at the Pearl District shop, despite nearly half a year of downtime, has been the staff. That is in part thanks to insurance. Last April, during a routine annual check, an insurance agent noted that the coverage levels seemed perhaps too low, given what the shop had become. So the Sisters siblings expanded their coverage just four months before the fire. 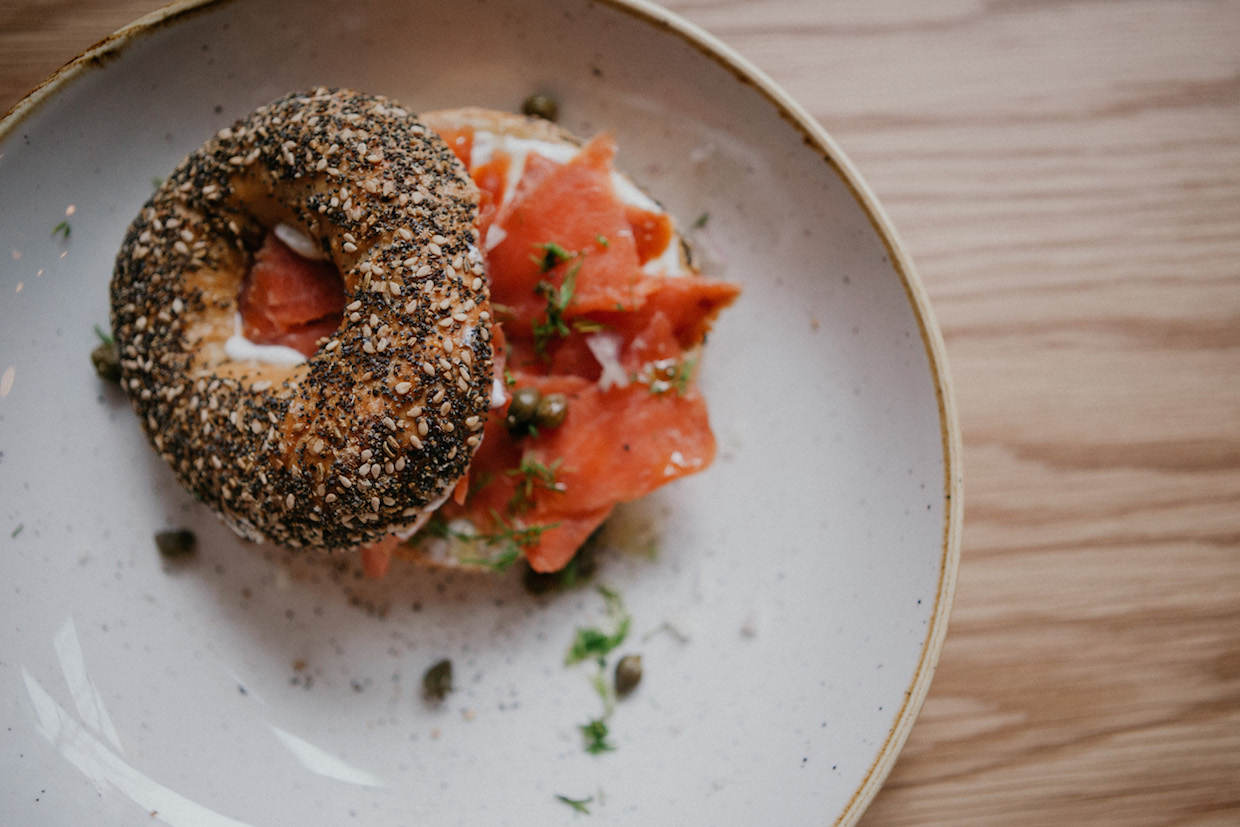 “Some of the crew at the Pearl has been there for eight years; some of the managers for more than five years,” said Justin. “For us, building that culture has taken a lot of time.” 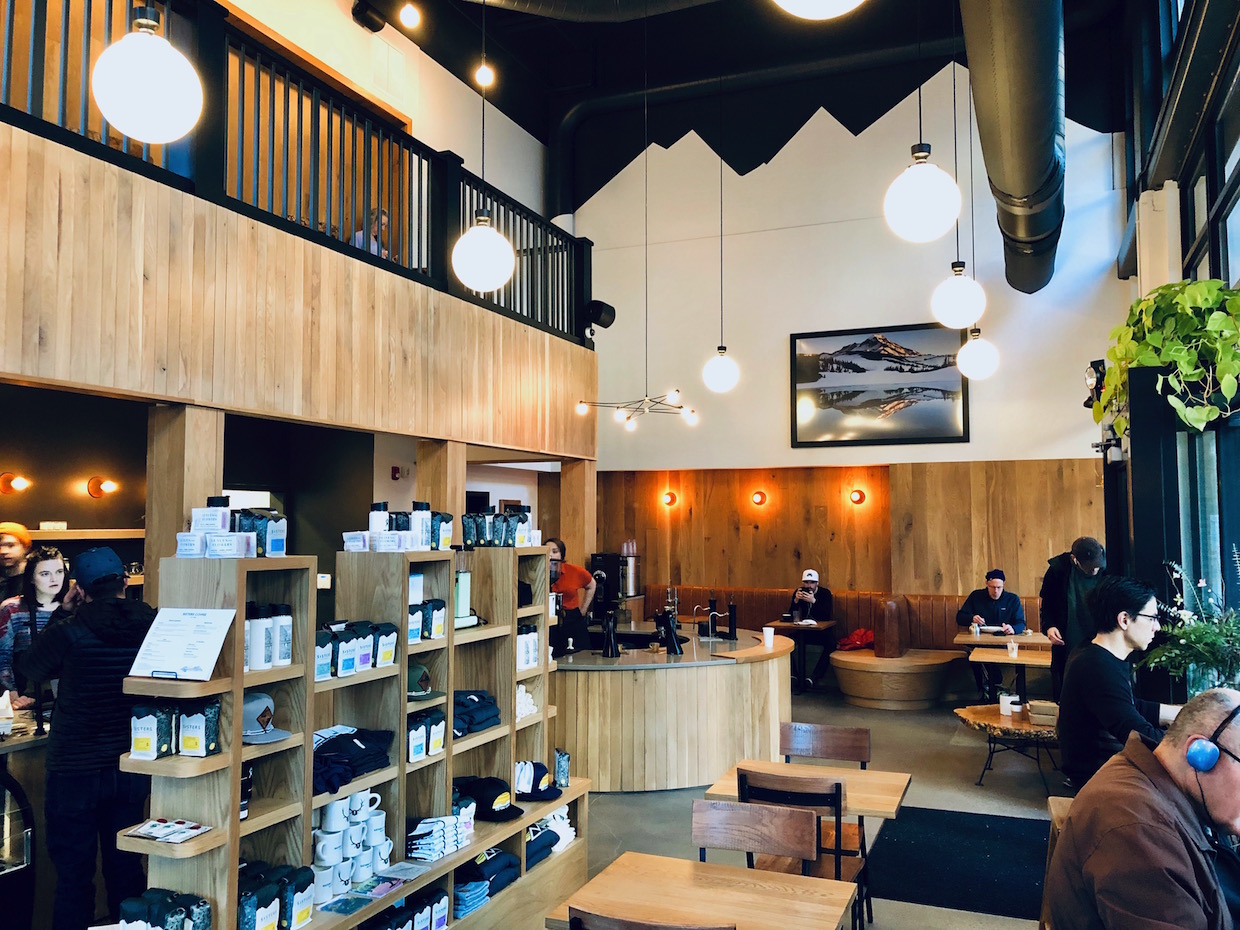 Its for this reason that the Durhams aren’t in any rush to open a third Sisters cafe. “Our model for our retail is such that we have a destination coffee house retail concept.” said Justin. “They are bigger spaces, with more expansive food menus, and require a larger team to run them… In the future, yes we do want to have another cafe at some point, but we want to be able to focus on something that is exceptional and authentic.” 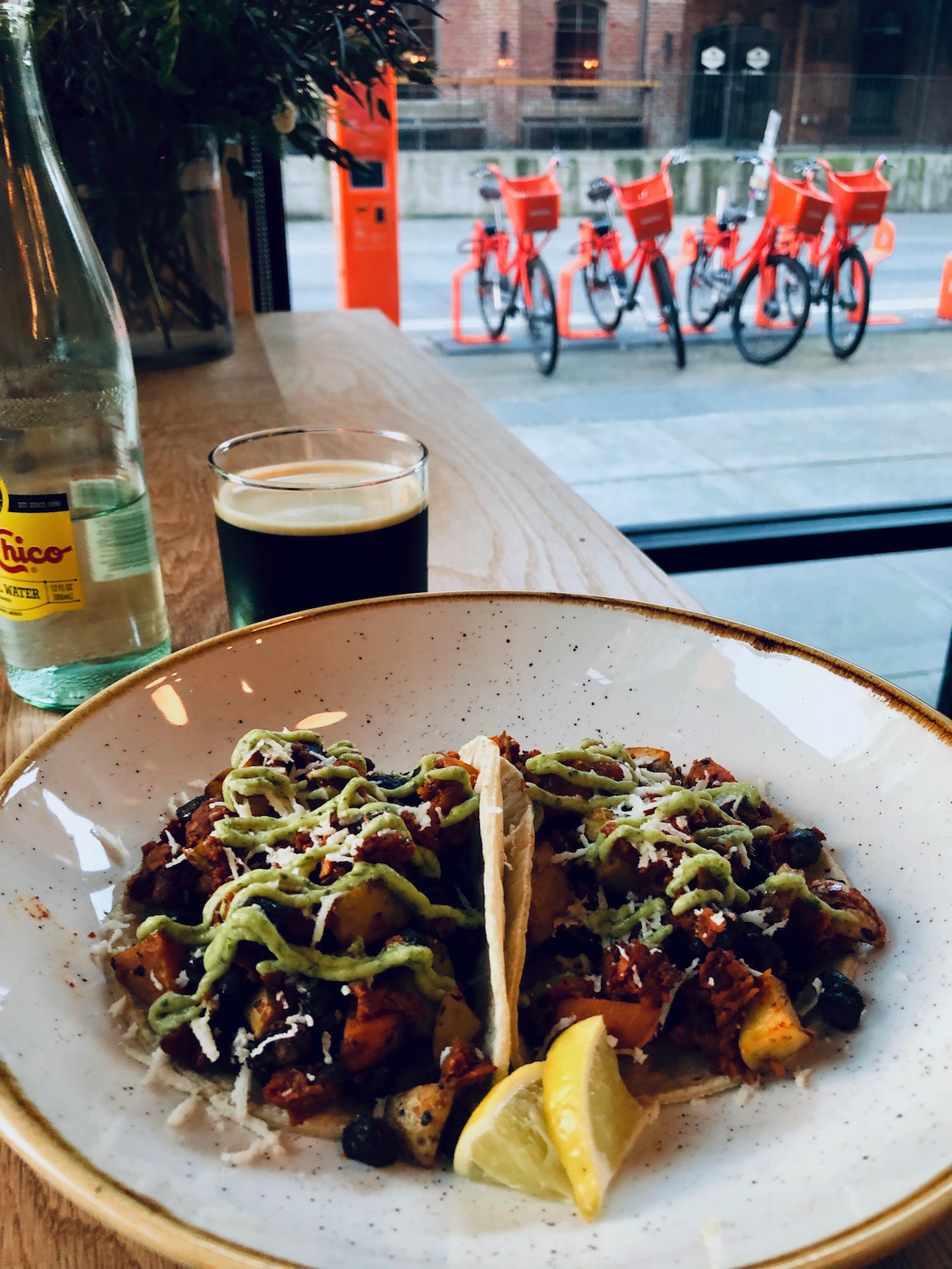