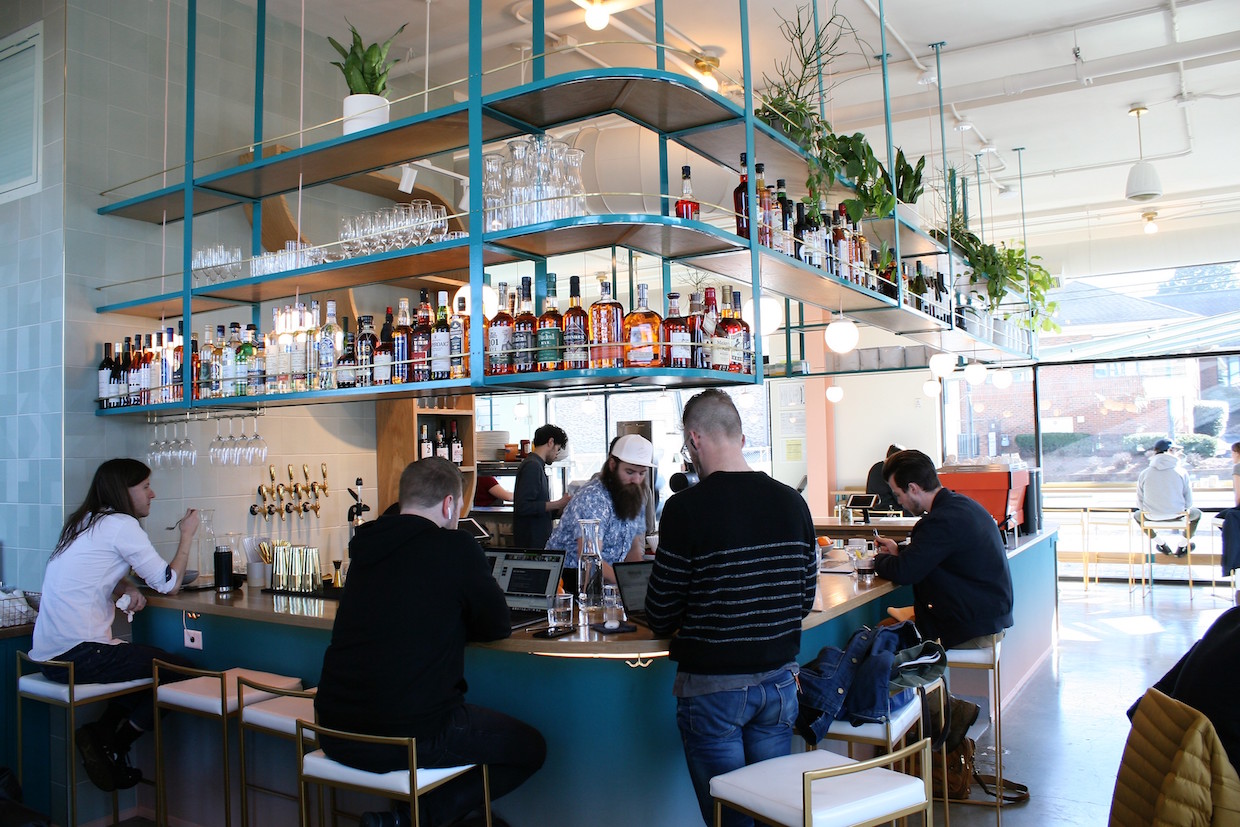 Less than six months after opening a flagship location in Nashville, Tennessee, Stay Golden Restaurant & Roastery has brought its creative combination of coffee shop, restaurant and cocktail bar to the city’s east side.

“It was a plan to grow pretty quickly,” said Jamie Cunningham, one-third of Stay Golden’s founding team. “The real estate was available and in this market. We figured it was time to act.”

East Nashville hosts many established restaurants, coffee shops and bars, and Stay Golden is nestling in comfortably while obscuring the line between all three of those categories. 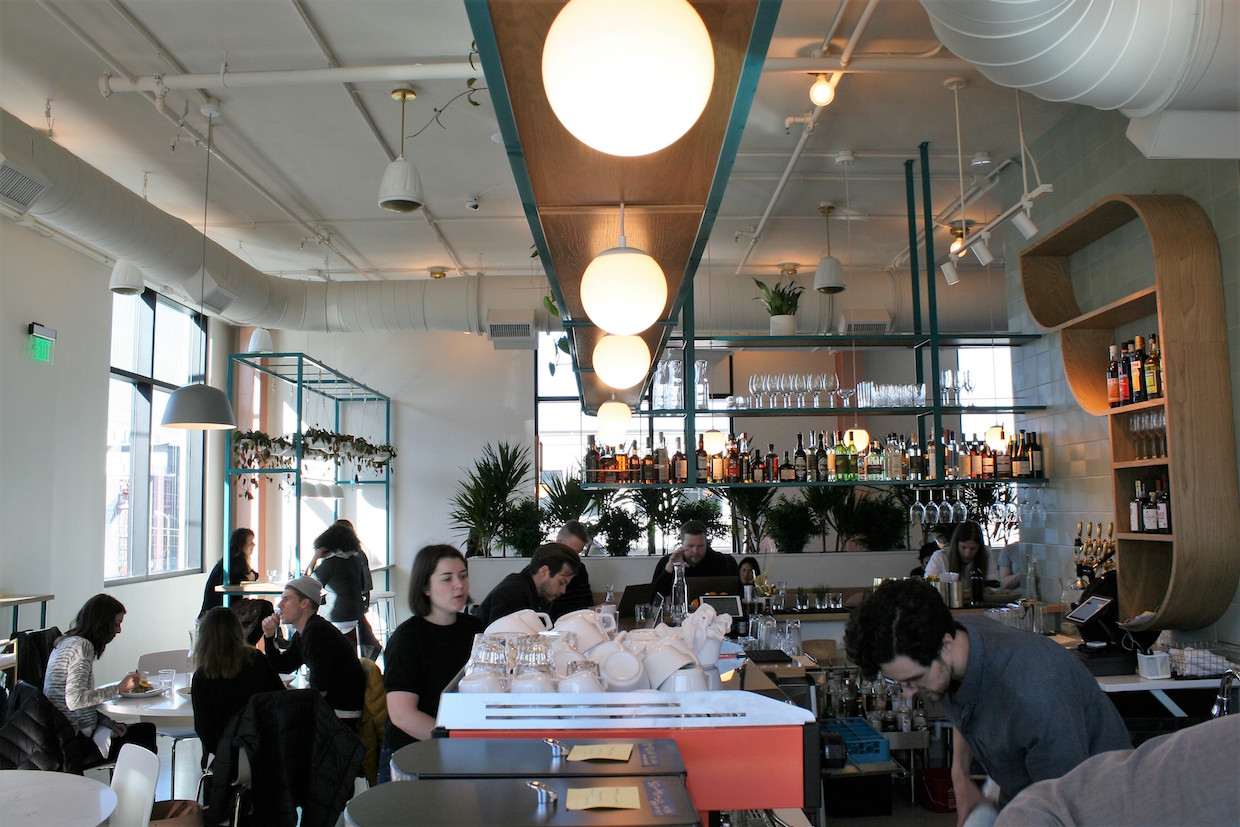 “I think we fill an interesting void in this neighborhood in that we have the opportunity to bring the three core components of alcohol, coffee, and food together at this elevated experience,” said Robbie Melton, general manager of the new location. “We’re people that desire to serve people, and the products that we have the opportunity to serve are just a means to make a human connection.”

The cafe sits on the ground floor of a shared complex. Three exterior walls are lined with tall windows and afford the space abundant natural light at all times of day. Green plants line the shelving above the service area and border booths, and hang from various planters throughout the space. The palette of pastels established at the original location accent the counter and a number of steel beams. Gold hardware unifies both the seats and countertops along the windows. 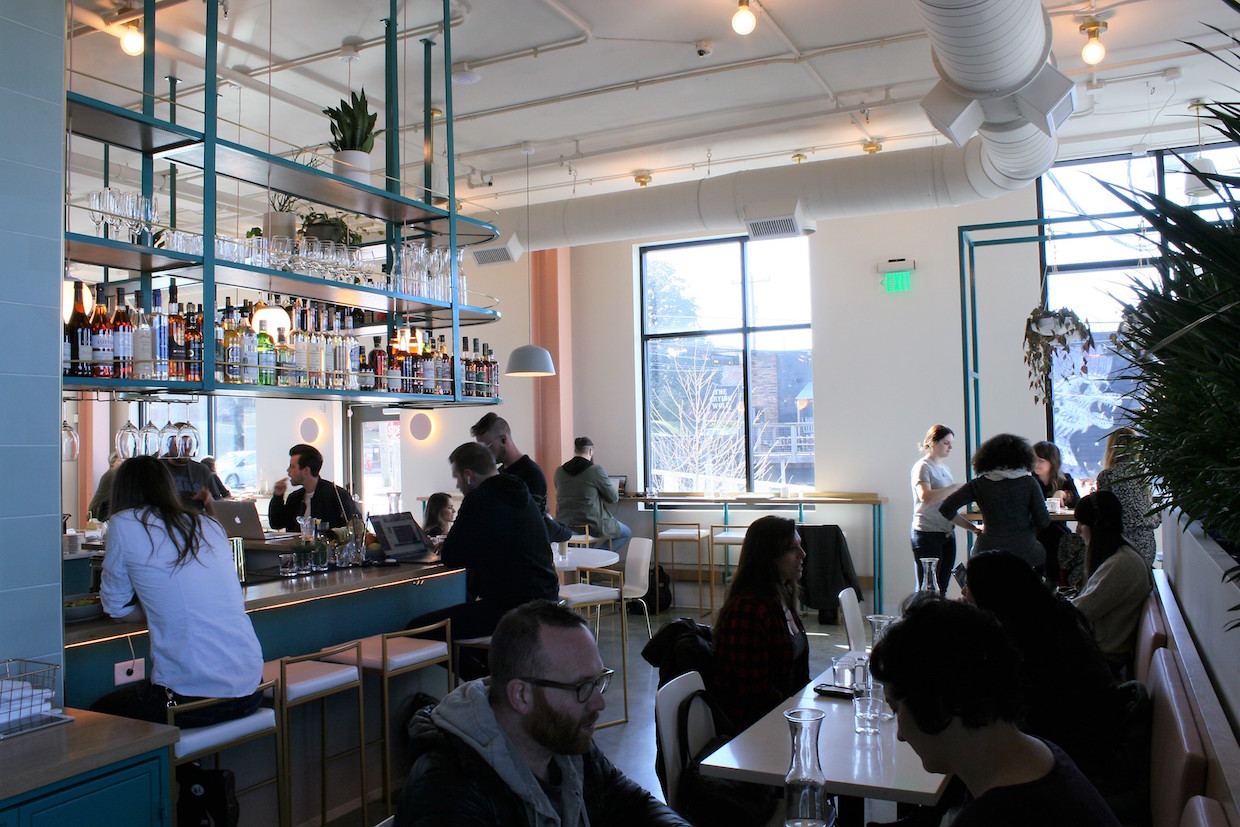 A salmon pink La Marzocco Linea PB faces patrons entering the shop, and it is flanked by two Nuova Simonelli Mythos Clima Pro grinders. A Fetco XTS provides the drip coffee, which is ground with a Mahlkonig EK43. One of the more interesting choices is their usage of a flash chiller for their iced coffee.

“We brew the coffee the same way and then send it through a flash chiller to bring it down to temperature,” said Nathanael Mehrens, another Co-Founder. “Then we keg it, flush it with nitrogen, and put it on tap.”

Said Cunningham, “It’s my favorite way to have iced coffee, for sure.” 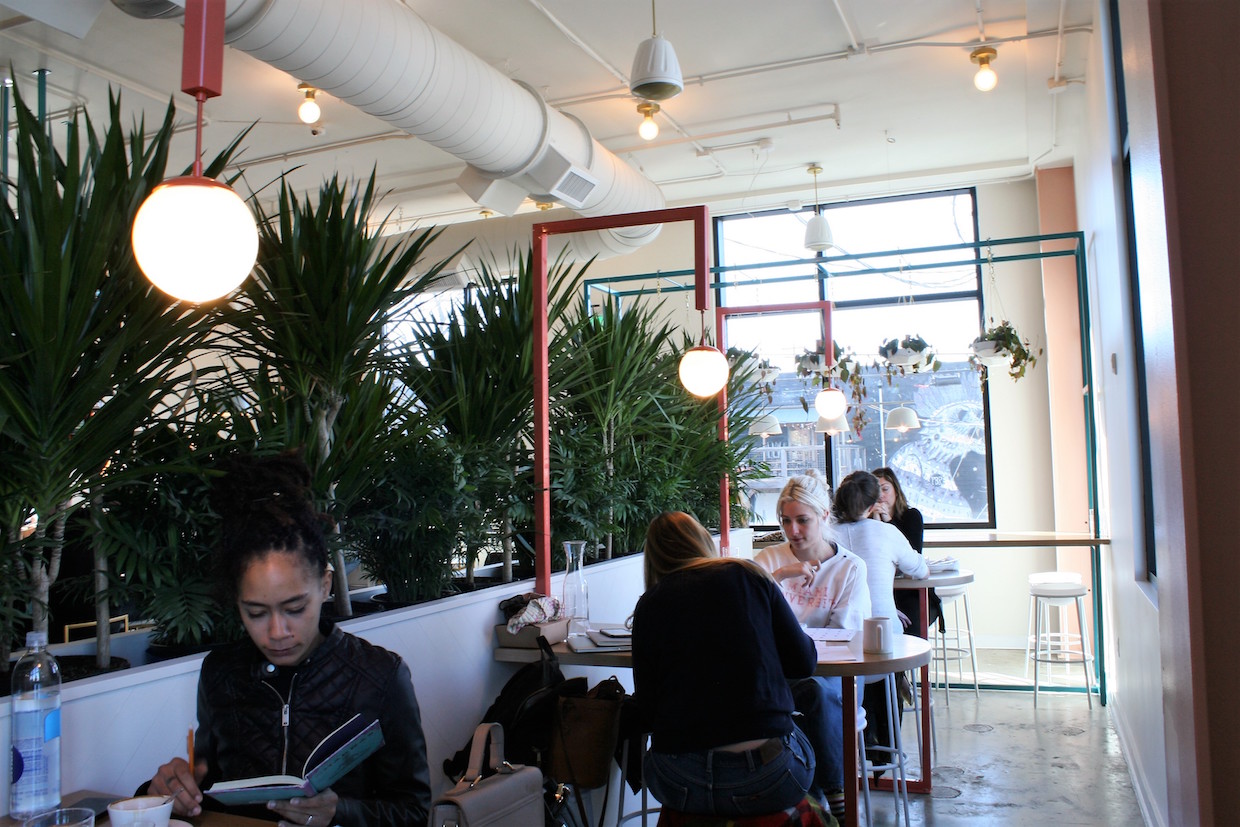 In terms of service and customer flow, Stay Golden makes slight departures from both traditional counter service model and the full-service model of the first Stay Golden location. While the flagship spot employs a host to seat guests, the new location is “open seating, but still full service,” according to Cunningham.

Once seated, guests will find a lot of crossover between Stay Golden’s two locations. “The drink menu is almost exactly the same,” said Mehrens, adding that the only major difference is “fewer taps, so we don’t have as many beers.” 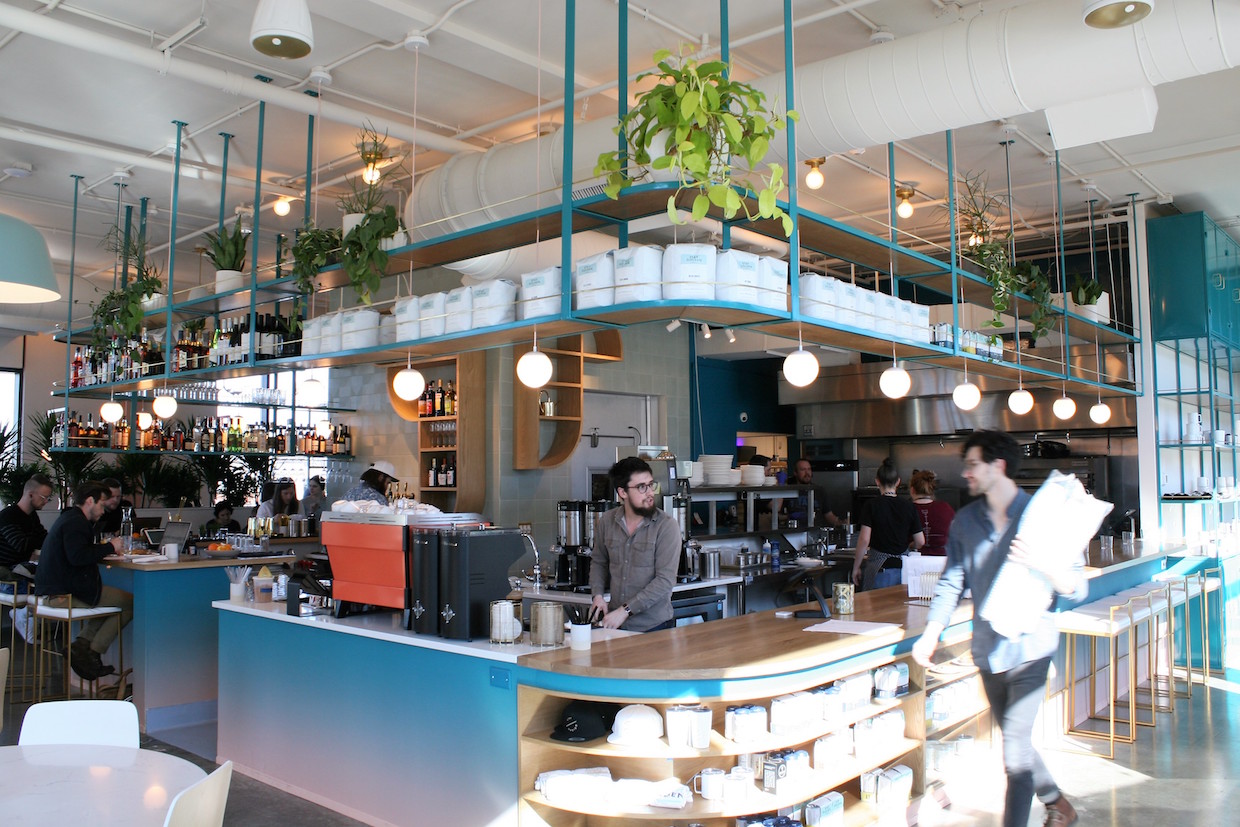 The Stay Golden team said there are no concrete plans for further physical expansion at the moment, although they plan to expand in other areas, working the original shop’s Diedrich IR-12 for wholesale growth, while also offering consulting services to other businesses.

“We have a unique opportunity to help consult, more so than maybe other coffee roasting companies,” said Cunningham. 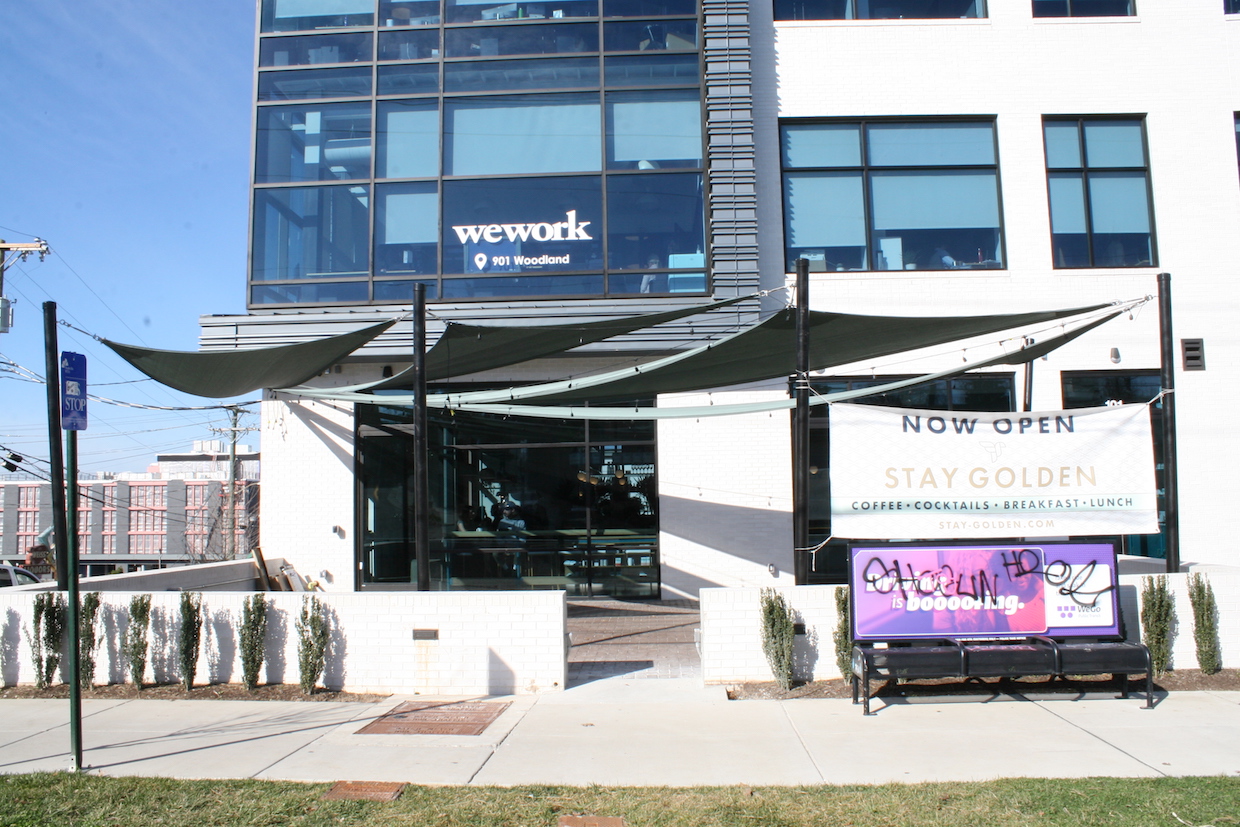 “We are blurring the lines between restaurant, coffee shop, and bar,” said Cunningham. “We feel like the future of coffee shops is something that looks a lot more like a restaurant and a bar.”

Josh Rank
Josh Rank is a writer based in Nashville, Tennessee. More ramblings can be found at www.joshrank.com