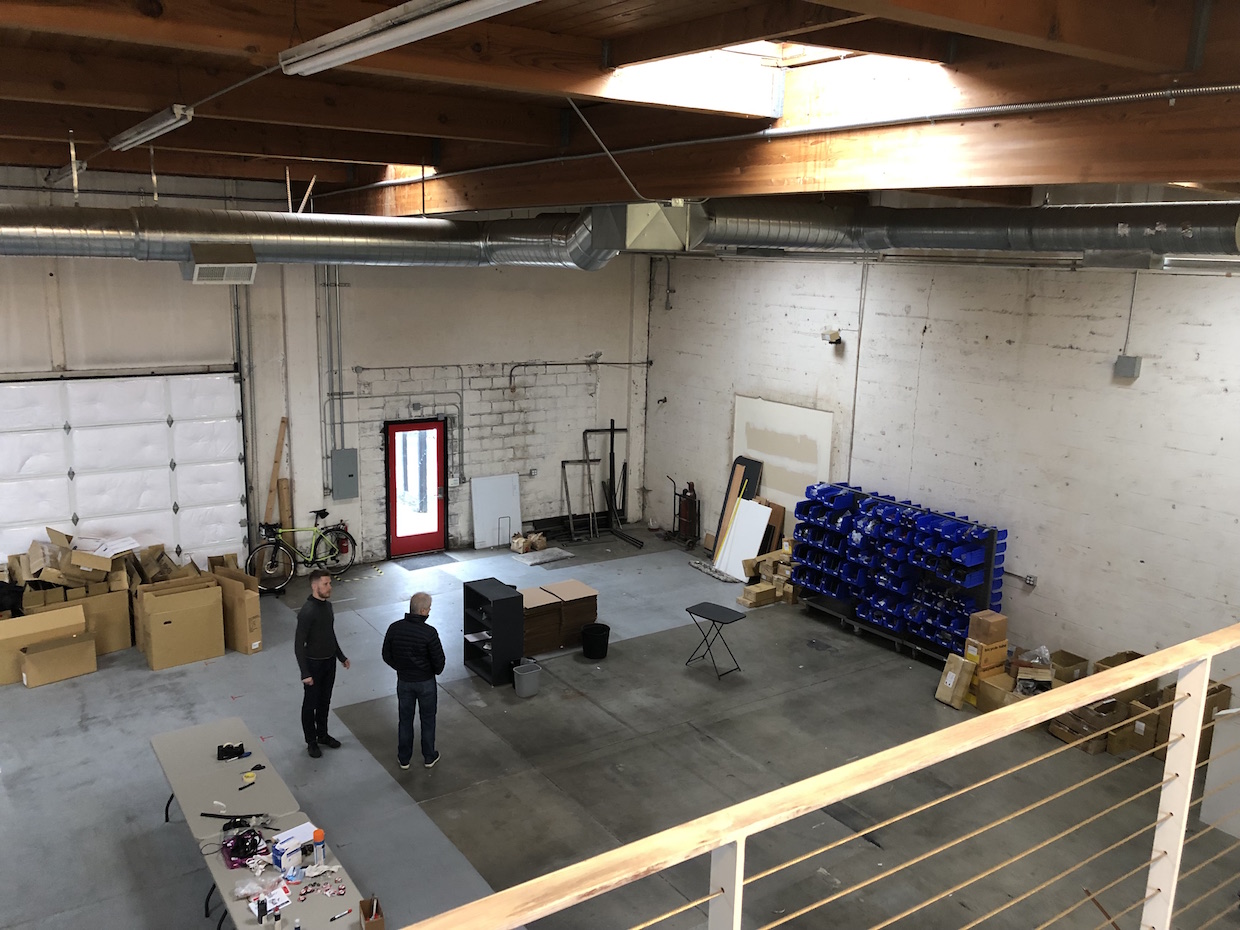 The move will also allow Aspect to streamline some operations in relation to its older sibling company, home roasting specialist Mr. Green Beans, which was also co-founded by Miller.

Mr. Green Beans has relocated out of its dramatically gentrified North Portland point of origin, down into the new Central Eastside industrial facility where a larger and more flexible space awaits Aspect. 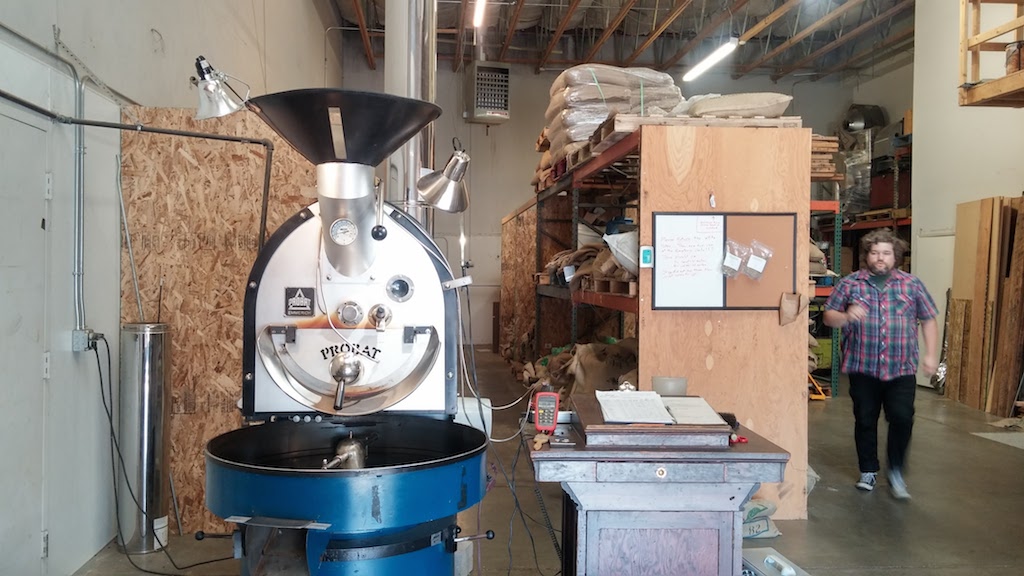 The Probat L12 at the current Aspect location. Photo by Howard Bryman.

Yet as a hub for small businesses, startups and hobbyists, Aspect is hoping to  prevent its members from bearing the financial burden of a move, according to Miller. So to soften the blow and hasten progress, the business has launched a Kickstarter campaign to defray some of those costs.

“We wanted to try the Kickstarter first because we believe in our community and wanted to give them an opportunity to be involved in the success of the coffee roasters and cafes they love,” said Miller. “We’ve got some ideas on next steps, should we need to do something different.”

The co-roastery’s quintessential Probat L12 roaster has stayed warm and accessible in a tight but centrally-located Southeast Portland facility since first going live roughly six years ago. During that time, dozens of hobbyists, start-ups and established coffee companies alike have taken convenient, cost-effective advantage of the resources Aspect provides: access to shared production equipment, space and tools for cuppings and QC, some onsite green coffee storage space, and more. 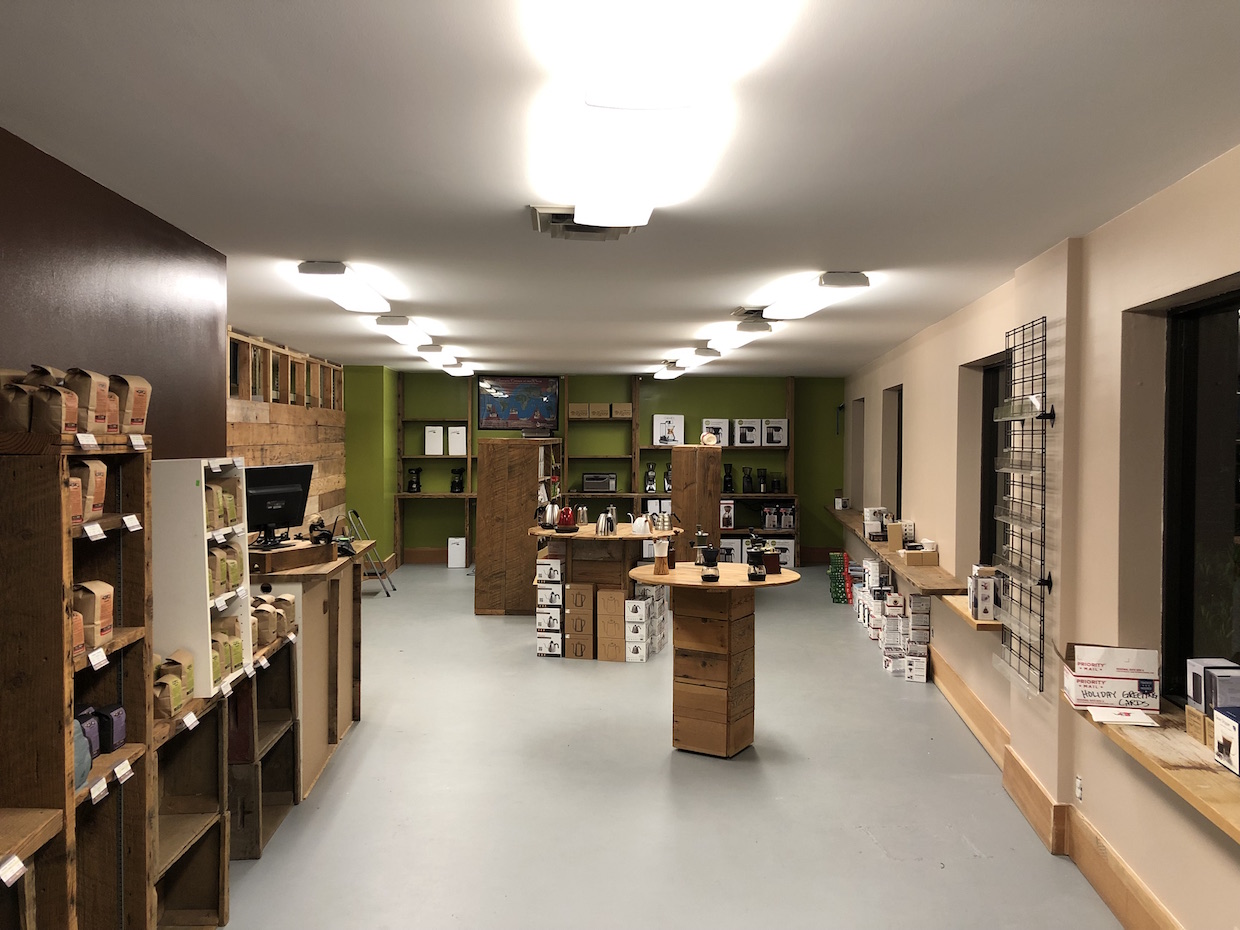 A retail display at the new Mr Green Beans/Aspect facility.

Aspect’s core operation currently consists of 20 roasting companies that consistently use the facility for production, while the incubator element of the facility hosts a number of additional roasters — both hobbyists and commercial businesses.

“When we created Aspect as an incubator for other coffee businesses, there weren’t really any other models to look at,” said Miller. “Now that we have some time and experience under our belts, we better understand the actual needs of our customers. Moving into a larger space with a better layout will allow us to be more effective in what we offer our members.”

The new space, located on SE 7th Ave. between Lincoln and Grant in Portland’s Central Eastside neighborhood, is nearly twice the size of the current 2,000-square-foot facility. And, more importantly to Miller, the layout is better.

“The size and layout of the new building will allow us to expand our production area and add more storage space,” said Miller. “Creating a roasting space that is functional for multiple roasters to use at the same time is challenging. There are a lot of different activities that happen throughout the day that can often interfere with each other. Being able to segregate these activities into different and separate areas will increase the efficiency and comfort of our space.”

The move is not entirely proactive, though. It is also reactive to the reality of ballooning rents in Portland.

“Rent is definitely part of it,” said Miller. “Rents in Portland have more than doubled since we opened. The move is also to consolidate our operations into one building, making staffing easier.” 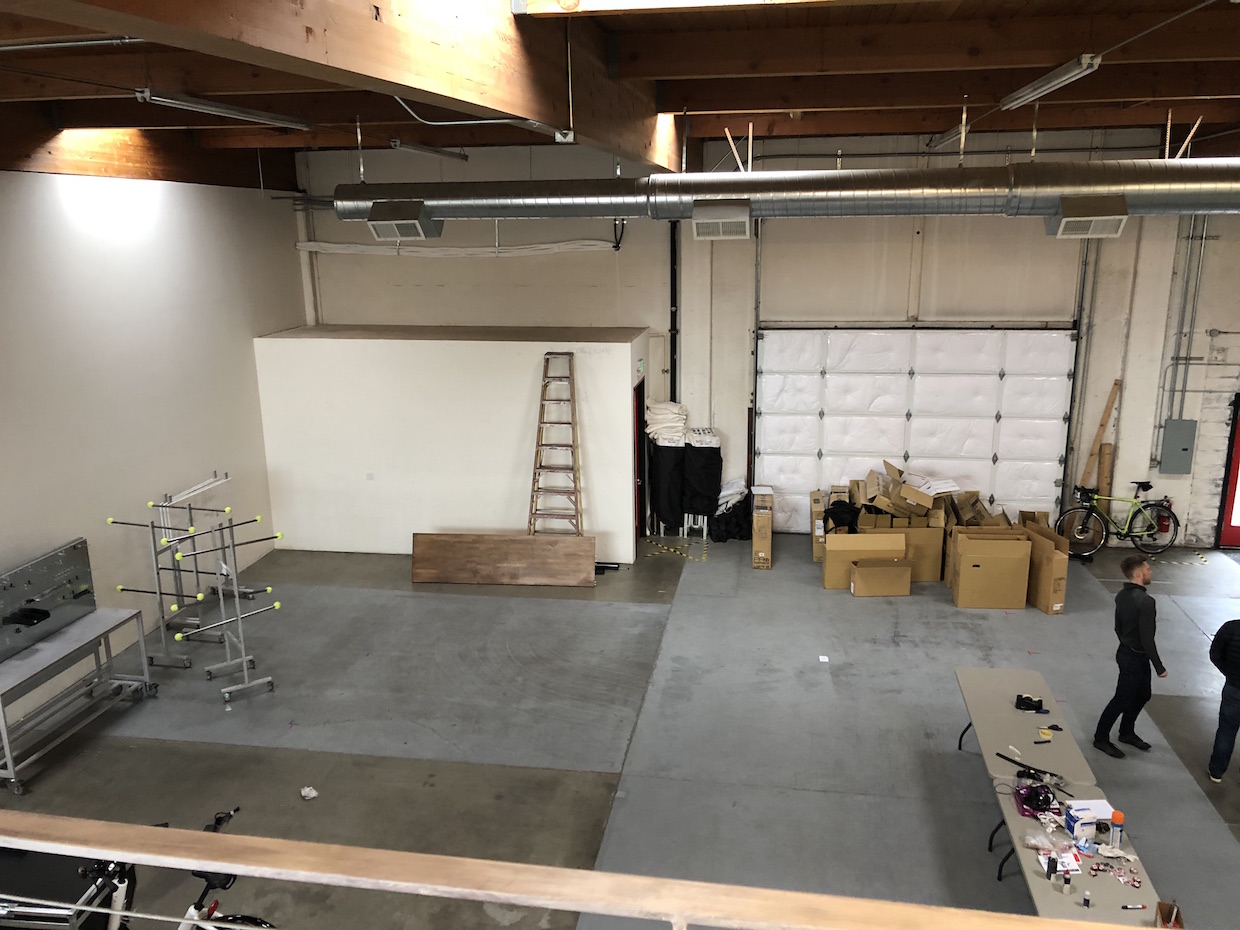 Part of the future Aspect home.

Miller noted that while operations have remained the same, the names on the walls have changed. Some member businesses have moved on to their own equipment, others have shuttered for various reasons. The name of the organization itself has also changed from Aspect Coffee Collective to Aspect Coffee Works, in response to a recent website hack. This was not a reflection of any change in the spirit or function of the business.

“We still operate as a co-op or collective, in that we are not trying to make a profit for ourselves but to provide a resource that our members can use to lift up their own businesses,” said Miller. “Nothing has really changed. We are still a collection of small businesses trying to survive. We’re doing what we set out to do: provide a space where people can test their ideas and create their own coffee businesses. It’s a lot of fun to hear the ideas and see where those ideas go.”