NKG-Owned Importers Rothfos and InterAmerican to Join in New HQ 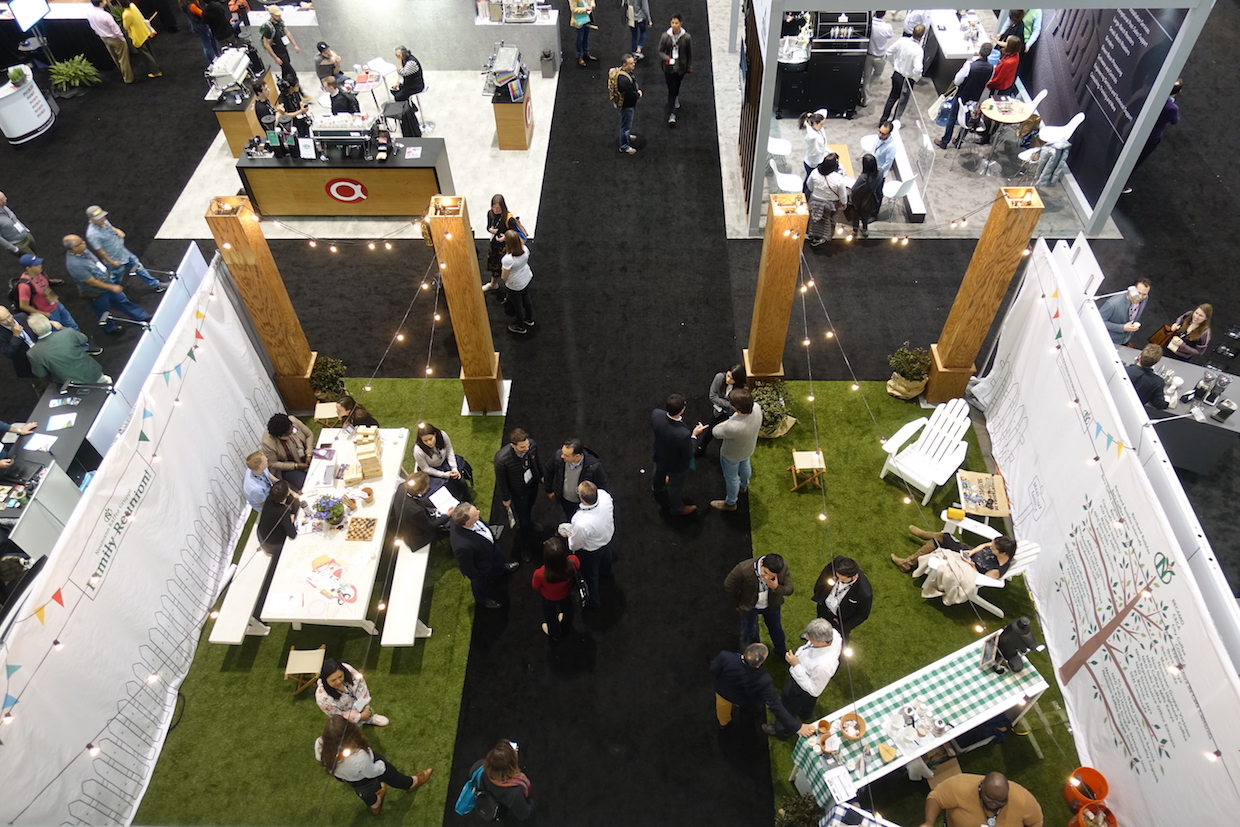 The InterAmerican/Atlas Coffee booth at the SCA Expo in Boston earlier this month. Photo courtesy of Neumann Kaffee Group (NKG).

In an announcement today, NKG said it plans to move its primary specialty coffee trading company, InterAmerican Coffee, into a new headquarters and offices that will be shared with Rothfos Corporation, which the company said is the largest green coffee importer in North America. (Verifying such claims is essentially impossible since contract data is typically kept private.)

NKG said the new headquarters for InterAmerican and Rothfos is expected to open this summer in Hoboken, New Jersey, across the Hudson River from Lower Manhattan. Rothfos’ current headquarters is in Midtown Manhattan, while InterAmerican has been based in Houston, with offices in San Diego, New York and Providence, Rhode Island.

“While they focus on different types of coffees for different types of customers, the companies will for the first time share back-office functions, such as accounting, human resources and logistics,” NKG said in an announcement today. “But more importantly, the change will open new lines of communication and information, as well as new synergies and possibilities, with which each company will better serve its respective customers and suppliers.”

Serving the world’s largest coffee consuming country, InterAmerican and Rothfos are part of NKG’s vast network of 49 companies in 27 countries operating in and around the coffee sector. NKG estimates that its subsidiaries and member companies account for approximately 10 percent of the total global coffee trade, equating to approximately 16 million bags of coffee per year to more than 3,000 global roaster clients.

The announcement comes just after NKG hosted a “backyard family reunion” at its expansive booth at the Global Specialty Coffee Expo in Boston, where it sought to create and reinforce connections within its network of coffee-trading companies.

In the U.S. specialty sector, InerAmerican’s efforts have been supplemented by last year’s NKG acquisition of Seattle-based specialty-focused green coffee import company Atlas Coffee. InterAmerican and Atlas also jointly hosted a party on a docked boat in the Boston Harbor in conjunction with the SCA event, and NKG described the Expo’s events as “the first public collaboration between the two specialty importers, celebrating their connection within NKG.”

“Enabling NKG companies to more meaningfully complement each other is a resourceful way to do business,” NKG Managing Partner David M. Neumann said in today’s announcement. “Our strong network has marked the success of NKG so far and will be the driving force of our future business.”