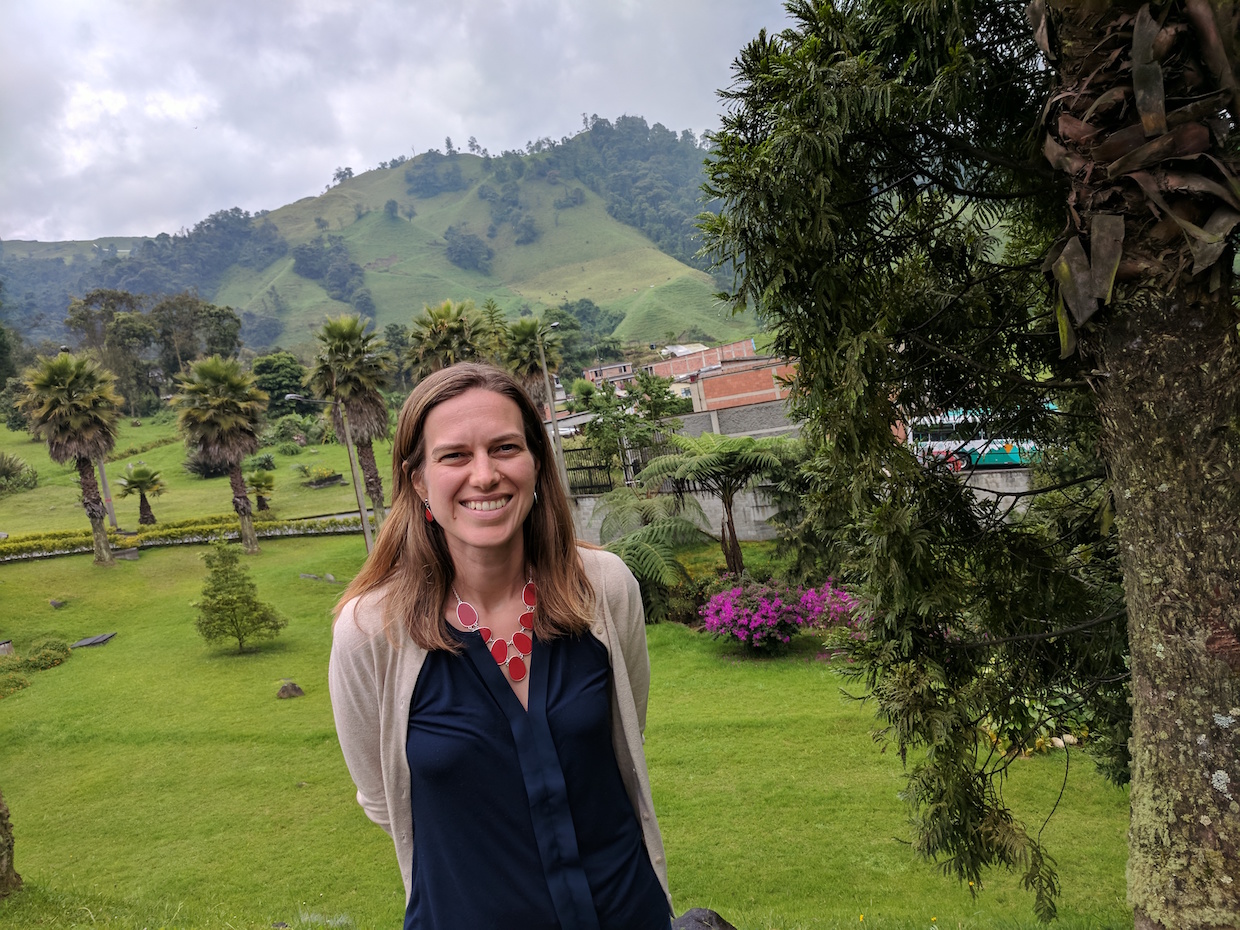 Savorista Founder Kait Brown at a decaf facility in Colombia. All photos courtesy of Savorista.

There may never be as voracious a demand for decaf coffee as there is for its caffeinated counterpart, but that doesn’t mean its creation deserves any less attention to quality and craft.

For while so many beverage purveyors position coffee-based products as competition for artificial-ingredient-loaded energy boost drinks, decaf coffee represents the flip side of that coin: coffee for the pure enjoyment of its complex flavors and aromas, and its soothing ritual.

Savorista is a new coffee company that is banking on the flip side. The online retail company sources green coffees from a variety of importers, as well as through Swiss Water Decaffeinated Coffee directly, and partners with an Ohio-based roaster to create a line of exclusively “caffeine conscious” offerings that also reflect the specialty coffee segment’s concern for quality and freshness. 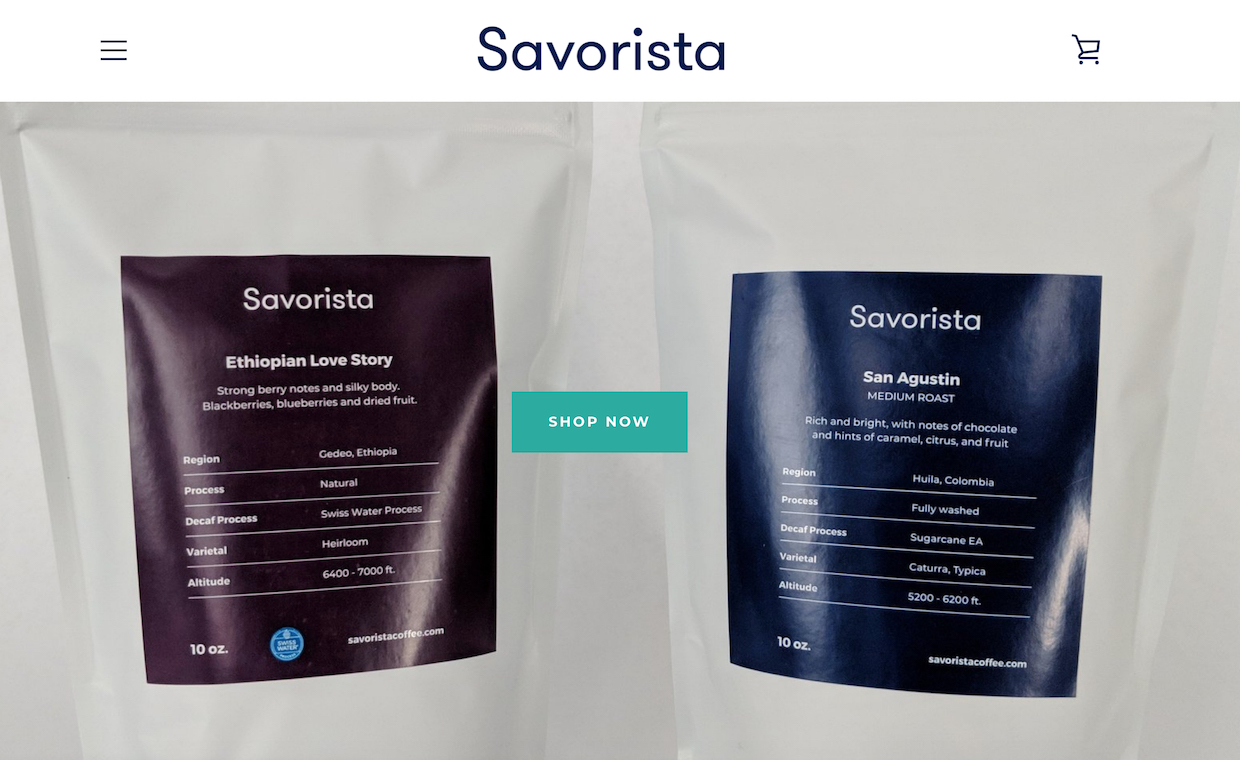 Brown said Savorista is constantly on the hunt for new, high-quality beans that, when decaffeinated, cup as well or better than untreated coffees of equivalent quality.

“We have cupped hundreds of coffees during our global decaf quest, as well as with our roasting partner on their cupping table,” said Brown, who declined naming the roasting partner while Savorista works to build its own brand. “We routinely meet and build relationships with producers and importers with a view toward expanding our coffee portfolio. In terms of decaf methods, we’ve chosen to offer coffees that have been decaffeinated only with natural ingredients, including water, sugarcane EA or carbon dioxide. We collaborate with the roasting partner to craft the roast profiles, and often solicit feedback from our customers before new coffees are officially launched. Once we finalize the roast profile, our partner roasts the coffee fresh once our customers order from our online store.” 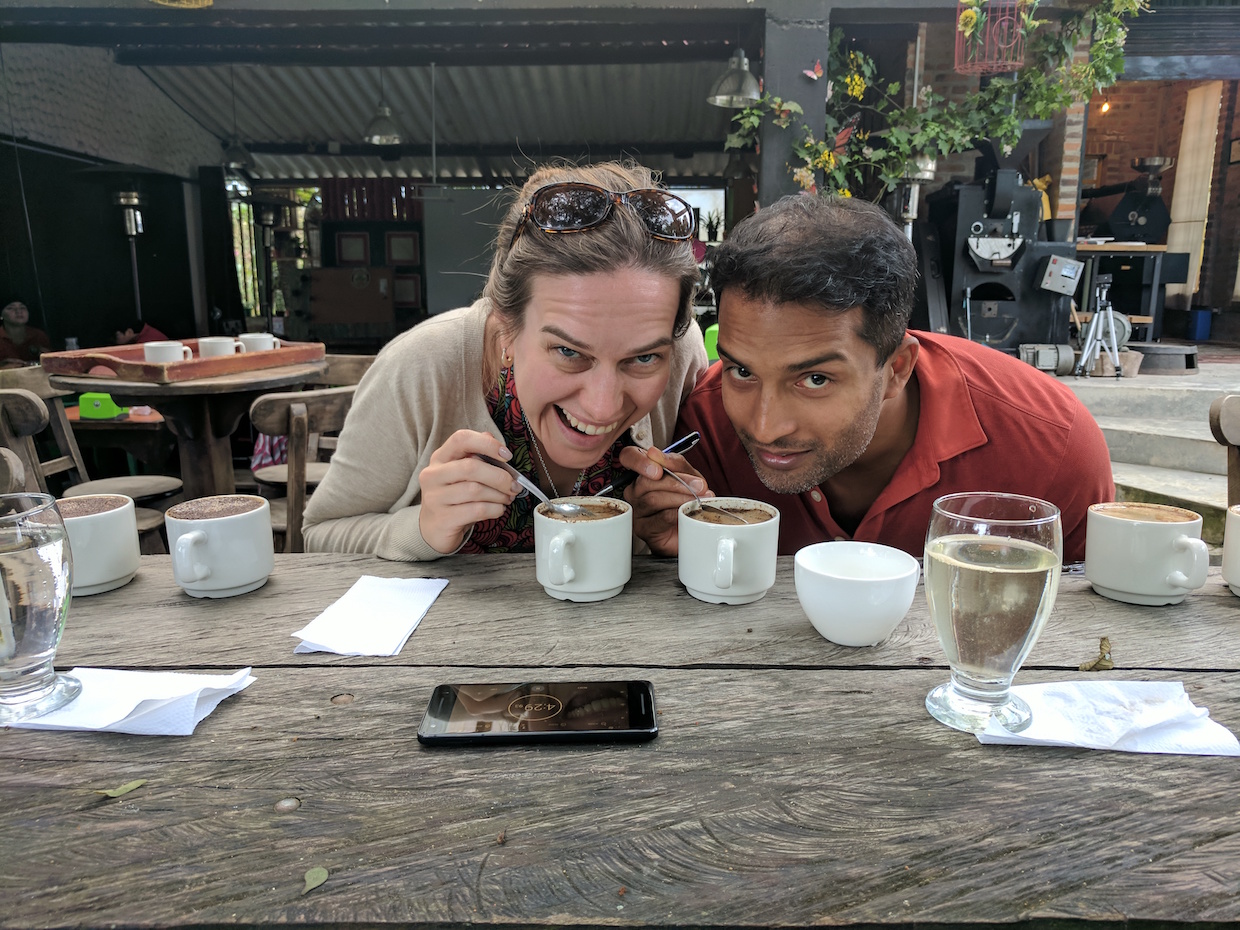 Brown’s passion for specialty coffee began as a teenage barista in Ohio “many years ago.” Her drive to use business as an engine for good in the world was later ignited in the Peace Corp, where after college she worked with small-scale sesame farmers in West Africa. While subsequently working towards an MBA from the University of Michigan, she was on a team that was awarded a trip to Costa Rica to meet with coffee producers, processors and environmental NGOs to formulate recommendations for Nespresso through the Nespresso Sustainability MBA Challenge.

It was years later while working in management consulting for Bain and Company that her love of excellent and ethically sound coffee hit a deeply personal snag, after her father was diagnosed with cancer.

“My coffee was supposed to be my comfort drink, but I noticed that the caffeine in my four to six cups daily cups was making my stress and insomnia even worse,” Brown told DCN. “That’s when I switched to decaf. I loved the flavor and ritual of coffee, I just wanted less caffeine, but I was disappointed with the available options and the way the coffee industry looked at decaf and decaf drinkers. So I left my consulting job and started Savorista for all the coffee lovers who don’t want to choose between delicious coffee and less caffeine.”

Prior to launching the business, Brown and her now-husband spent months traveling around South America and East Africa exploring all that went into great coffee, including the various issues faced by producers in different parts of the world.

Said Brown, “I wanted to better understand the challenges in the coffee industry and [to] consider how to be a good partner from the other end of the value chain.”

Savorista opened its online doors roughly six months ago. This year the company is expanding into wholesale accounts, hoping to appeal to cafe, office and hospitality partners “that care deeply about offering exceptional coffee to all of their customers, including their decaf drinkers,” Brown said. 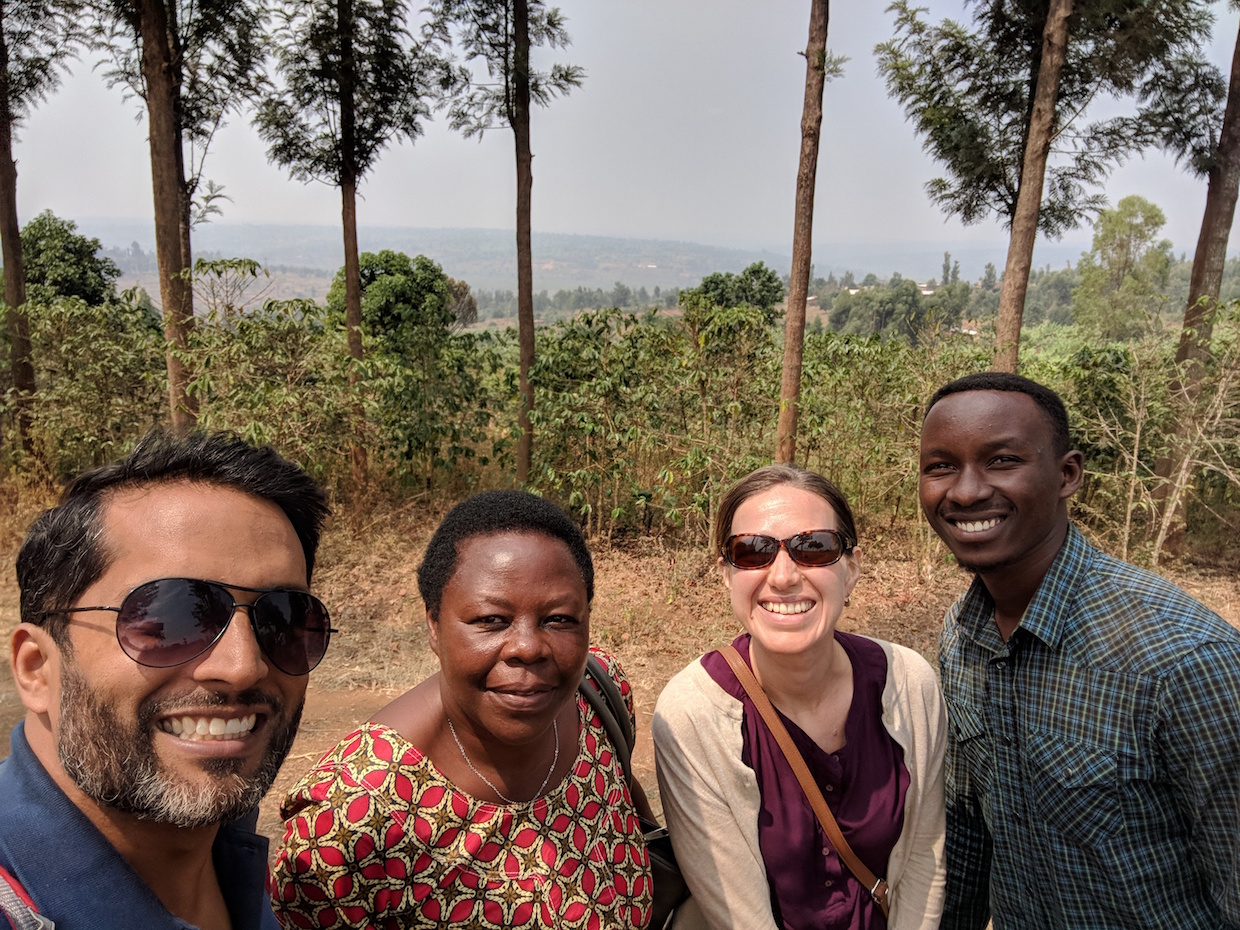 Brown and Fernandes on a sourcing trip in Rwanda.

A Savorista “half-caf” product is slated for release this summer, and Brown said that some sort of RTD coffee beverage is also under consideration. Brown recognizes decaf alone may not support an entire retail brick-and-mortar business, but remains confident the market is there for growth through other avenues, such as pop-ups, wholesale partnerships and online retail.

“Decaf is still just a small part of a physical coffee shop’s business and they earn a significant share of their revenue during the morning caffeine rush from customers who live or work nearby,” said Brown. “It would be really challenging to support a decaf-only physical store only for the decaf drinkers living in a relatively small geography. That’s why we started online, so we can reach decaf drinkers across the country who don’t have a local shop with the full-flavored decaf they crave.”