A Chat with Robert W. Thurston About “Coffee: From Bean to Barista” 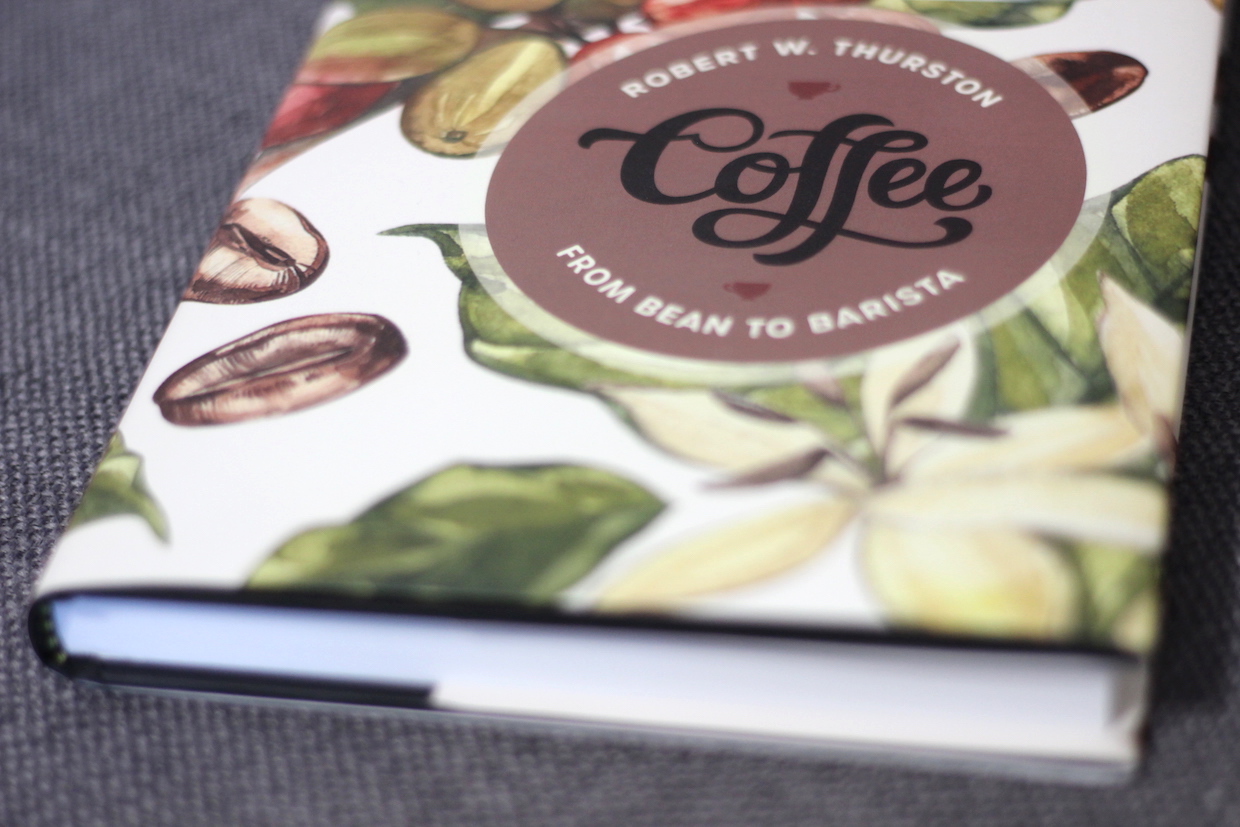 Historian and author Robert W. Thurston’s latest book, “Coffee: From Bean to Barista,” published by Maryland-based Rowman & Littlefield, is an engaging guide to the history, cultivation, and culture of coffee. The 183-page hardcover book also takes a look at climate change, new research on hybridization, coffee and health, and consumption trends around the world.

A professor emeritus at Miami University in Ohio, Thurston is the co-founder and managing partner of Oxford Coffee Company in Oxford, Ohio. “Bean to Barista” follows Thurston’s 2013 book on the subject of coffee, titled “Coffee: A Comprehensive Guide to the Bean, the Beverage, and the Industry,” for which he was a co-editor and contributor.

Thurston has given talks in recent years on coffee and consumption patterns, and has been interviewed regularly on coffee. His knowledge of history, the current global context, and coffee come together to provide a comprehensive overview of what is involved in making coffee at each step, from production to preparation.

We recently caught up with Thurston to discuss the development of the new book, what it adds to the growing field of coffee-focused print resources, and his own path in coffee. (Note: This interview has been shortened for clarity) 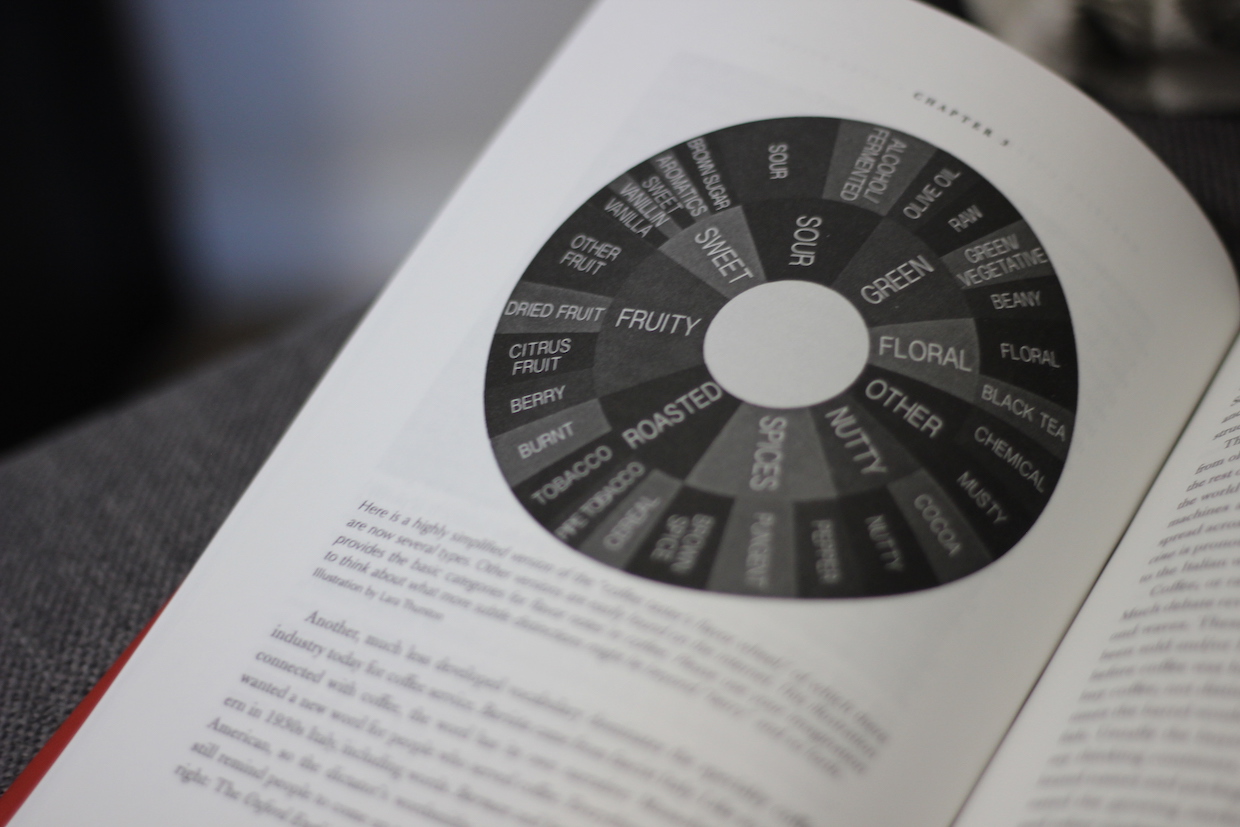 A page from “Coffee: From Bean to Barista” by Robert Thurston. Daily Coffee News photo by Lily Kubota.

DCN: How did you start researching the subject matter for this book? What were some of your most notable resources?

RT: It was essential to visit many coffee farms to see how people work and to talk to them about farming. I have also spoken to many researchers who work directly on the plant, the microbiology of coffee, and chemical engineering. There are lots of valuable books and articles that have appeared in recent years, and good old stuff, too. I read mountains of material — e.g. Jean Wintgens on coffee agriculture, “The Book of Roast” — and much more. I read the trade magazines, or at least several of them. Scores of scientific articles have been published… The internet makes looking for that kind of investigation pretty easy, especially because I am still affiliated with a research university. I’m a historian by training, but I became pretty good, I think, at understanding the abstracts and conclusions of scientific articles, if not the detailed information.

What was the process like when you started to organize the content? How did you determine the way the information would be presented?

I offered to write a book about coffee for Rowman and Littlefield, and my editor liked the idea; she had handled “Coffee: A Comprehensive Guide,” with articles by me and by people around the world. We agreed that the new book, all of which I would write, should be fairly short. The plan was to bring a lot of research together and to get it up to date. Of course, the industry changes so fast that no book can be absolutely up to date.

I started the book from the ground up with the plant and research on it, then moved to roasting and making coffee, and then to a third section on coffee and health, including the social/political challenge that coffee posed when it first appeared in Arabia and England. I asked why coffee has become so popular even in tea-drinking cultures. To answer that I used the concept of sophistication from an early date to the present, for which I even evoked French theorists. A lot of my task was to take a mass of information and sift through it to decide what was really new, what was important for the industry, and what I could present clearly. One of my particular interests was to take a detached look at organic farming, which has been romanticized.

What kind of reader did you have in mind as you were writing the book? Who is the target audience for this resource?

I wanted to write a book that any literate person could read, so I tried to make everything simple but not too simple. Perhaps I have some knack for that approach, developed over a long period of teaching and writing. I remember an old Department of Agriculture slogan, “put the fodder down where the calves can get at it.” No offense to calves or anyone else; in fact, I hope that experienced people in the industry will find my book handy in some ways. I also hope that the book will appeal to people interested in globalism, social and political justice, eco-tourism, sustainable agriculture, public health, and the concept of sophistication as it relates to food and drink.

How did you become interested in coffee? How are you involved in the coffee industry today?

Everyone in the industry remembers the first cup of good coffee. I had mine long ago, when I was a grad student. Then, still decades ago, someone gave me a burr grinder. That made me look for good beans. In about 2002, when I was a history professor, I decided to teach something that involved globalization and brought the past right up to the present — coffee was an easy choice. My university then, Miami (Ohio), funded my first trip to origin, in 2004, to Ethiopia and Kenya. I was terribly ignorant, but people were great about my dumb questions. Then, given my rising desire to get my hands dirty and to see if I could make a business work, I found several partners and opened a roastery/coffee bar, Oxford Coffee Company, in 2012. Talk about a learning curve! Things were pretty complicated for a while because I was still teaching; I retired from that in 2015. But I have various projects going and hardly feel retired, although I don’t make many lattes these days. My daughter runs the company, and we get along well in the business.

What do you love most about coffee?

Several things: that I can appreciate all that goes into the product from the earth up, and I understand much about the difficulties that farmers have to deal with (and about which I am very worried); the endless possibilities in cups of coffee; flavors and subtle finishes, etc., continue to surprise and delight me — if the beans are good and all has gone well to the point of making the liquor.

How do you make your coffee at home?

I bring beans home from my store and keep them in their bags, rolled up tight, in a cabinet. Each time I make a cup or pot, I weigh the beans, grind them in a good burr grinder, use a dripper cone and paper filter, wet the filter, toss that water out, reweigh the ground beans, dump them into the filter, wet the grounds with filtered water just off the boil, let that sit for 20-25 seconds, then do three pours of water until I reach a ratio of 15 grams of water per gram of ground coffee. I keep the cup and filter cone on the scale while I pour. For more than one cup, I use a Chemex. This process is not wasteful, I think, because I compost the used grounds and filters together. I like the ritual of making coffee with this much care. It’s good to be a little nuts about something in our lives. 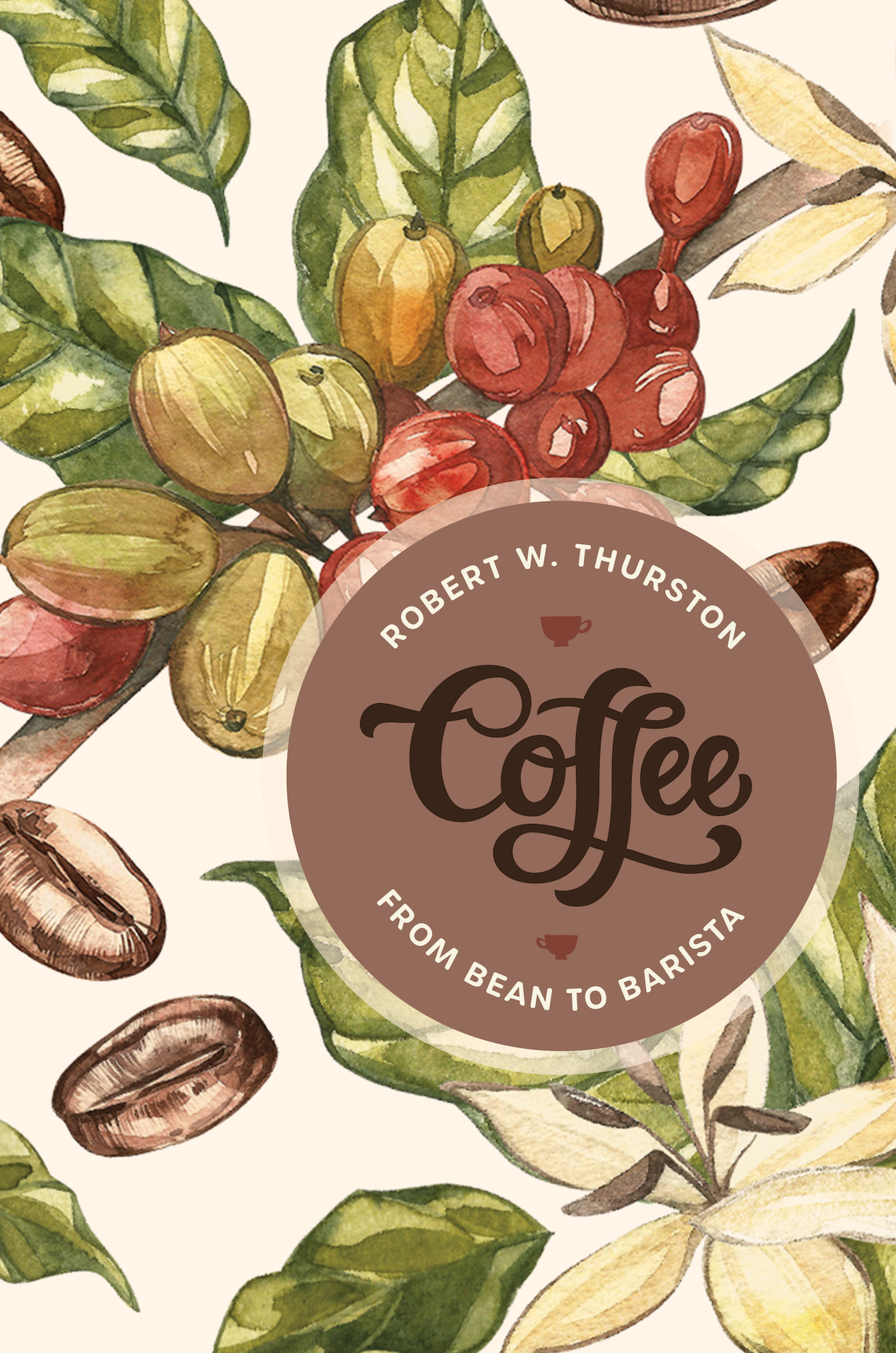