After the Storm, the Astoria Tempesta Espresso Machine Makes US Launch 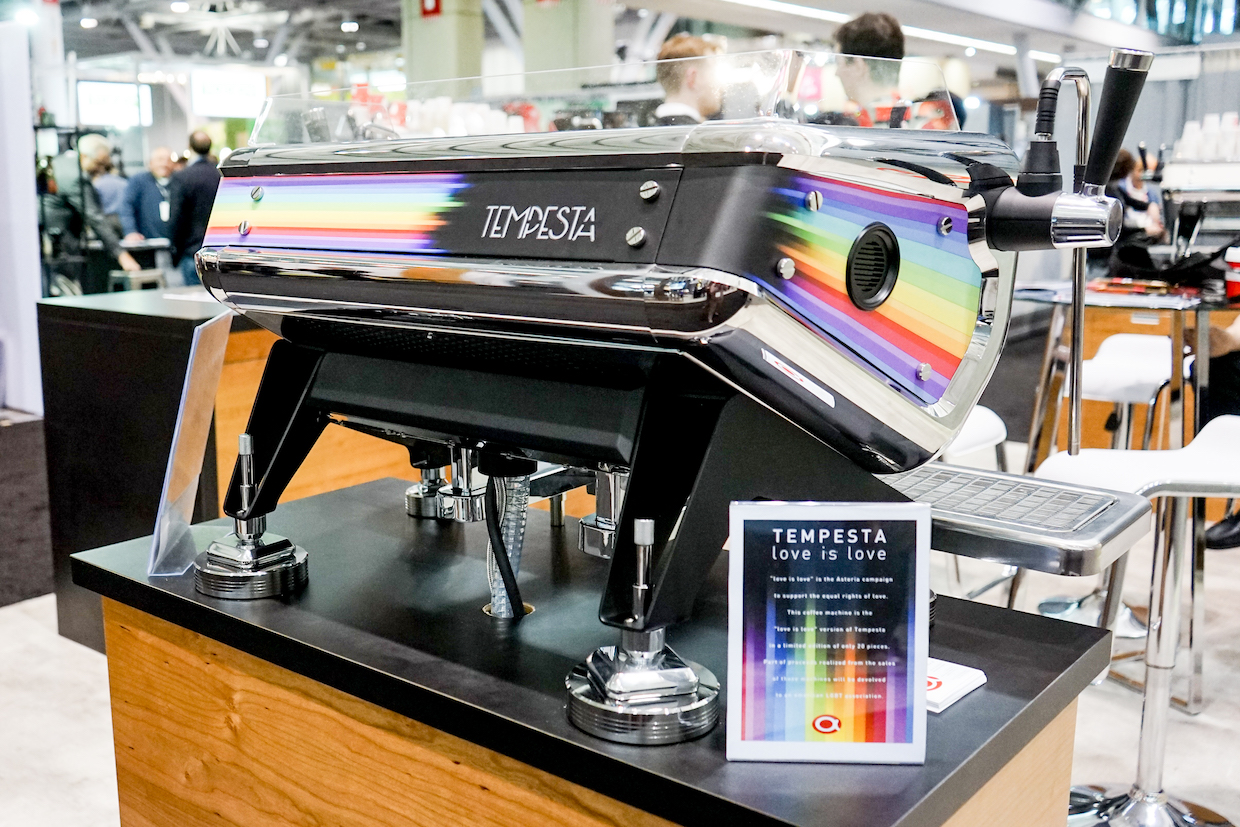 The limited edition rainbow Astoria Tempesta on display at the SCA Expo in Boston in April. Daily Coffee News photo by Howard Bryman.

A version of the high-tech Astoria Storm espresso machine that debuted overseas in 2017 has finally made landfall in the U.S., although a funny thing happened on the way to the States: The Storm’s wooden legs became steel; its wooden portafilter handles and steam levers morphed into steel and a “techno polymer” material; and its identity in the U.S. market, though still stormy, shifted too. In North America, the Astoria Tempesta has arrived.

On the inside, the machine is unchanged. The differences between the Tempesta and the Storm are but skin deep. And though there would seem to be potential trademark issues at stake given the existence of other products called Storm in the U.S., the company told Daily Coffee News that the change was more about a celebration of origins and identity. 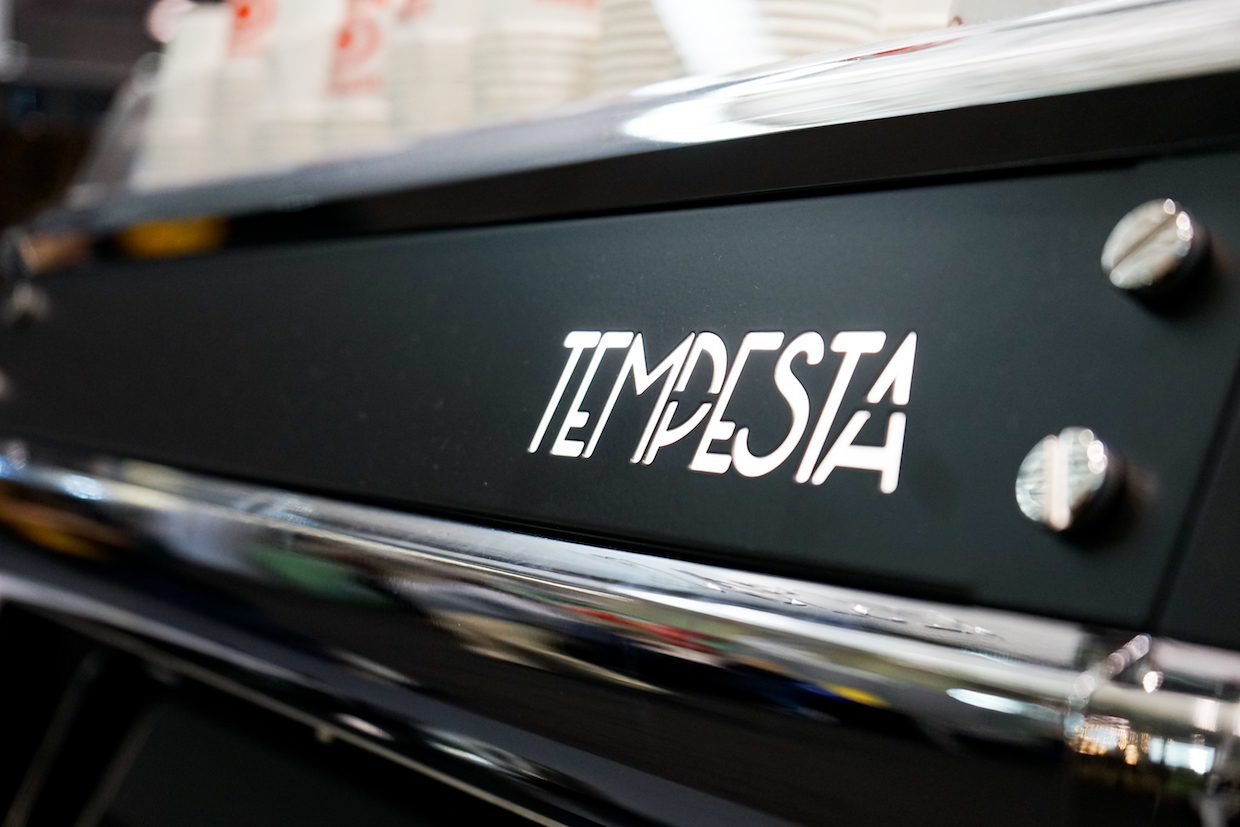 “We acknowledge that there is a product called Storm in the USA, however that is not the main reason for changing the name at all,” Federico Gallia, CEO of Ryoma, the Italian Holding company that owns Astoria parent company CMA Group, told DCN via email. “We decided that for the U.S. market, we would use a name that reminds us of the Italian style and heritage, considering that the product is made in Italy. That’s why the version of Storm in the USA is called Tempesta, which is the direct translation of Storm in Italian.”

The subtle metamorphosis also involves a social campaign in the U.S. market. Though Astoria is still fine-tuning the details and fundraising partnerships, a portion of the proceeds of a special run of custom rainbow exterior Tempesta machines will be donated in support of LGBTQ+ adults and youth. 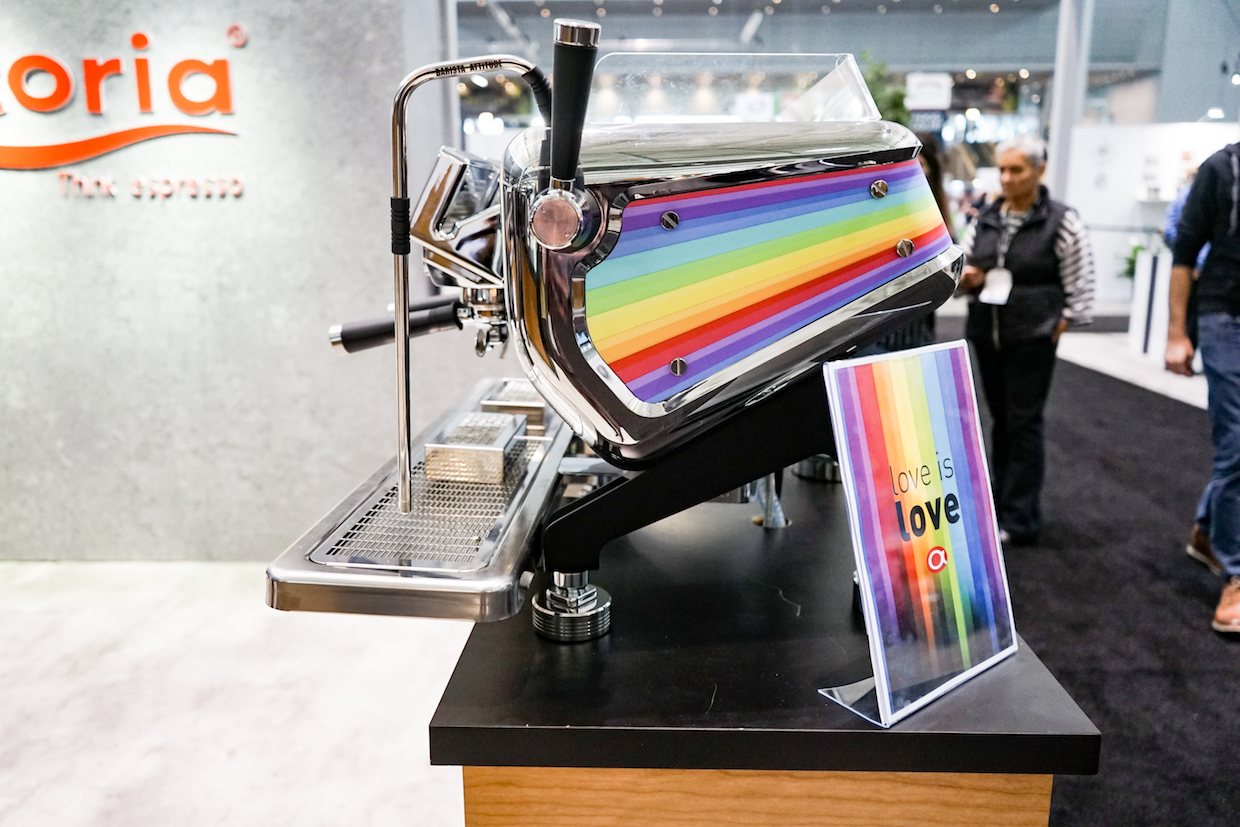 “We think that gender equality is very important,” Gallia said. “It is a fundamental human right, and a necessary foundation for a better world. We are really sensitive towards this topic as it’s one of our core values of our company, which is to acknowledge that our machines are made by human beings who give their best, daily, to create and develop our awesome products, and that’s what make them special.”

The Rainbow Tempesta, which the company had on display at its booth at the SCA Expo in Boston, will be sold at prices of $27,000 per 2-group and $32,000 per 3-group. The standard black and chrome Tempesta is currently available at temporarily discounted launch prices of $20,000 and $23,000 for 2 and 3-group, respectively. 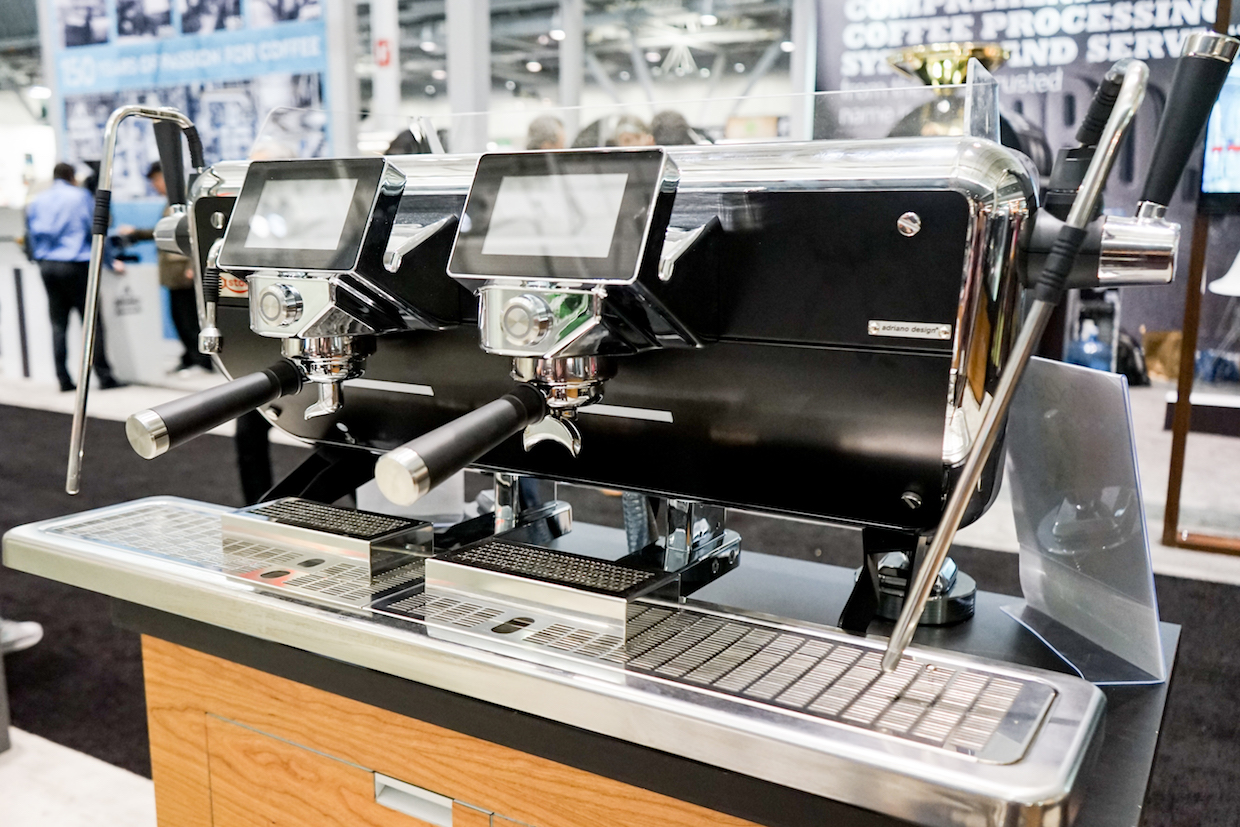 Astoria is also currently preparing to launch another new machine, called the Hybrid. The company said it combines features of a superautomatic machine with certain elements of a traditional espresso machine.

“Thanks to a patented extraction group, the coffee aromas are extracted just like they are in a traditional espresso machine, but [with] the added benefit of reducing all manual/human error/intervention in the process,” Gallia wrote. “The filter holders have a patented front insertion and automatic lock mechanism, and this, too, makes the Hybrid the perfect coffee solution for environments with high turnover and inexperienced baristas.” 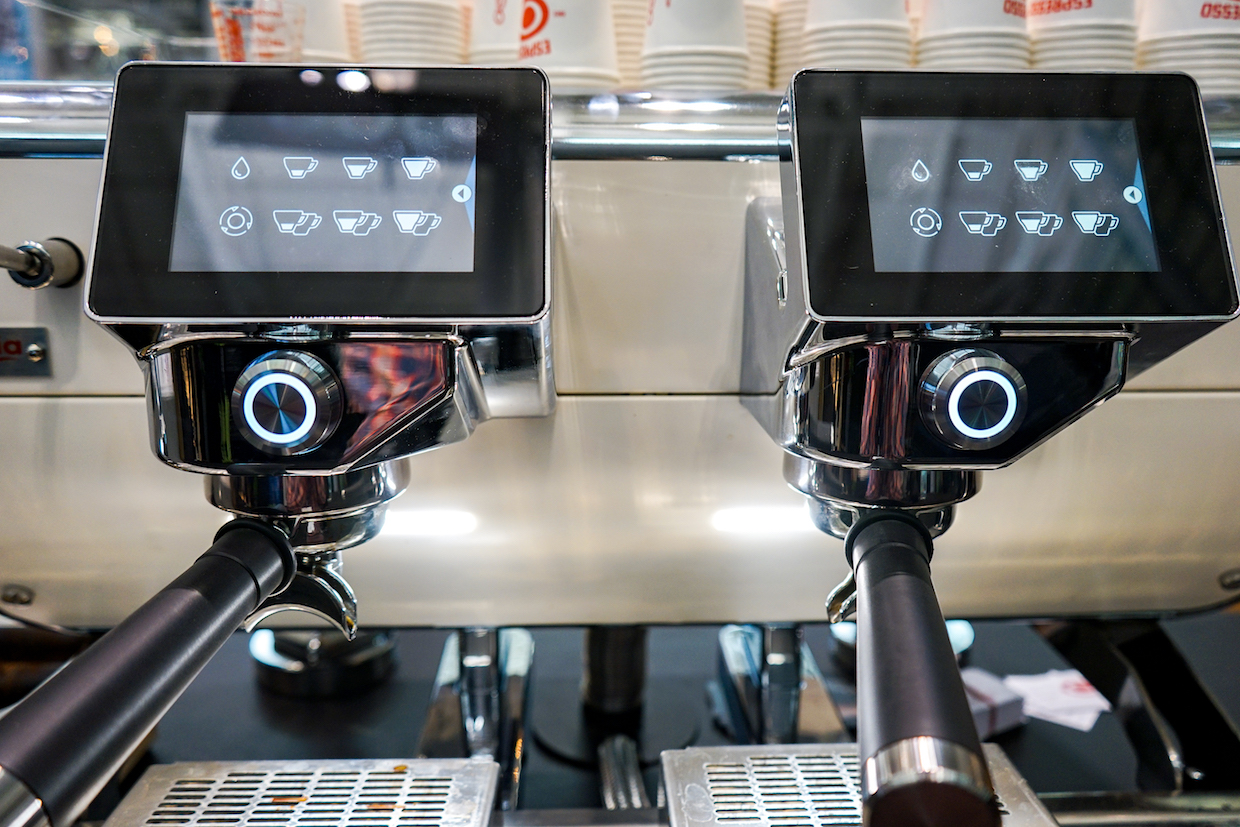 Features like the touchscreen-controlled groups and “dry steam” technology are unchanged from the Storm that debuted in Milan in 2017. Daily Coffee News photo by Howard Bryman.

More information will be released in September, according to the company. Astoria plans to formally launch the Hybrid machine in the U.S. at the International Baking Industry Expo (IBIE) trade show in Las Vegas, Sept. 8-10. 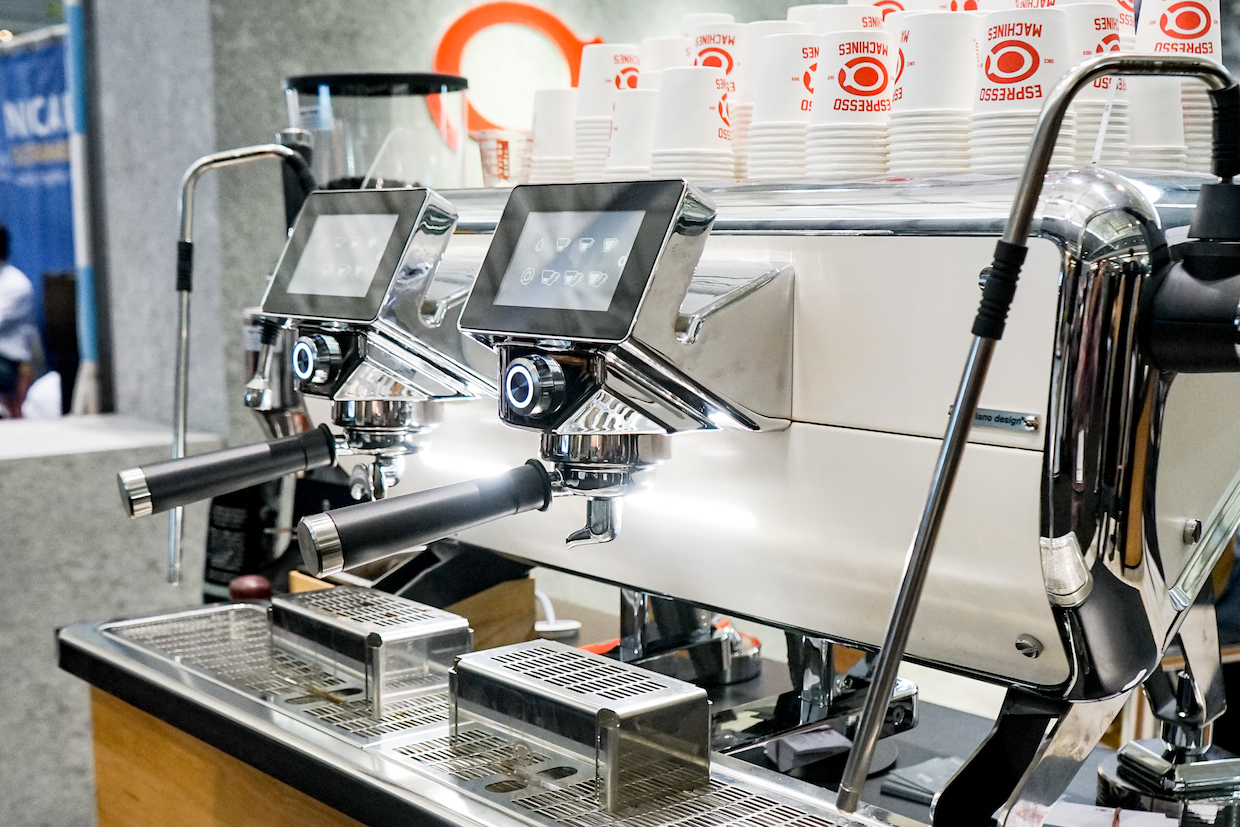