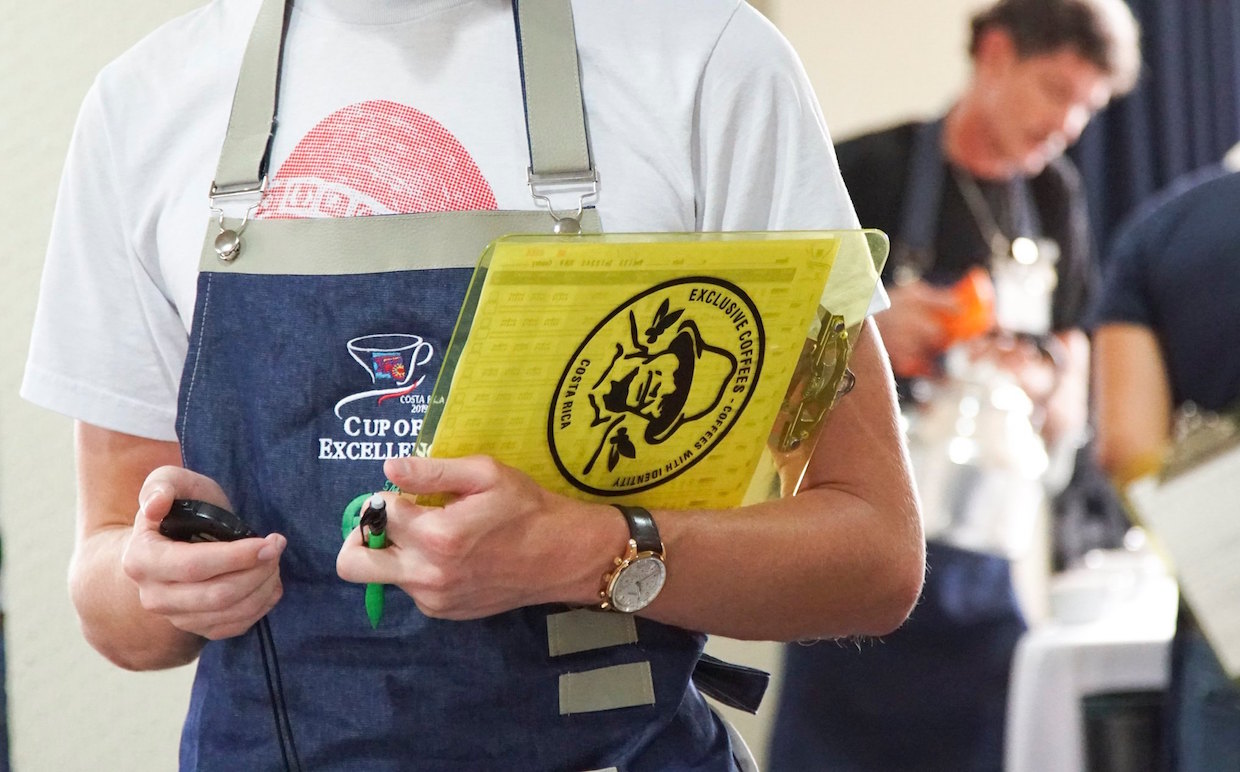 It has been nearly a year since a honey-process Gesha coffee from Costa Rica shattered the global record for a single coffee sold through the Cup of Excellence auction platform with a price of $300.09 per pound.

While such an astronomical price could hardly be expected this year, it certainly wouldn’t be unwelcome from the producers of 28 Costa Rican coffees who were recently awarded with Cup of Excellence plaques for their superb green coffees. All those lots are headed to the 2019 Costa Rica Cup of Excellence auction, taking place Thursday, July 19.

Atop the list in Costa Rica this year is an anaerobic-fermentation-process Gesha coffee from the Don Dario farm in the renowned Tarrazu region that was given a final score of 91.14 after rigorous cupping sessions from the CoE international jury.

“As a group this award confirms the importance of teamwork, and proper processing overlooking every detail from farm to cup,” production manager of the 2019 winning farm, Don Dario, Jorge Brenes said in an announcement from ACE. “Ever since this project started, we knew cup of excellence was the best showcase for the world to discover Costa Rica’s coffee.”

In total, 95 samples from five producing regions were entered into the competition, with 36 of those scoring high enough to enter the international jury phase. Among the list of CoE winners (those scoring 87 or higher), the regions of the Central Valley, Tarrazu, Brunca and the Western Valley were all represented.

While Gesha varieties were given the top four scores, other varieties on the list of winning microlots include Catuai, Caturra, Kenia, Bourbon, San Roque and Typica.