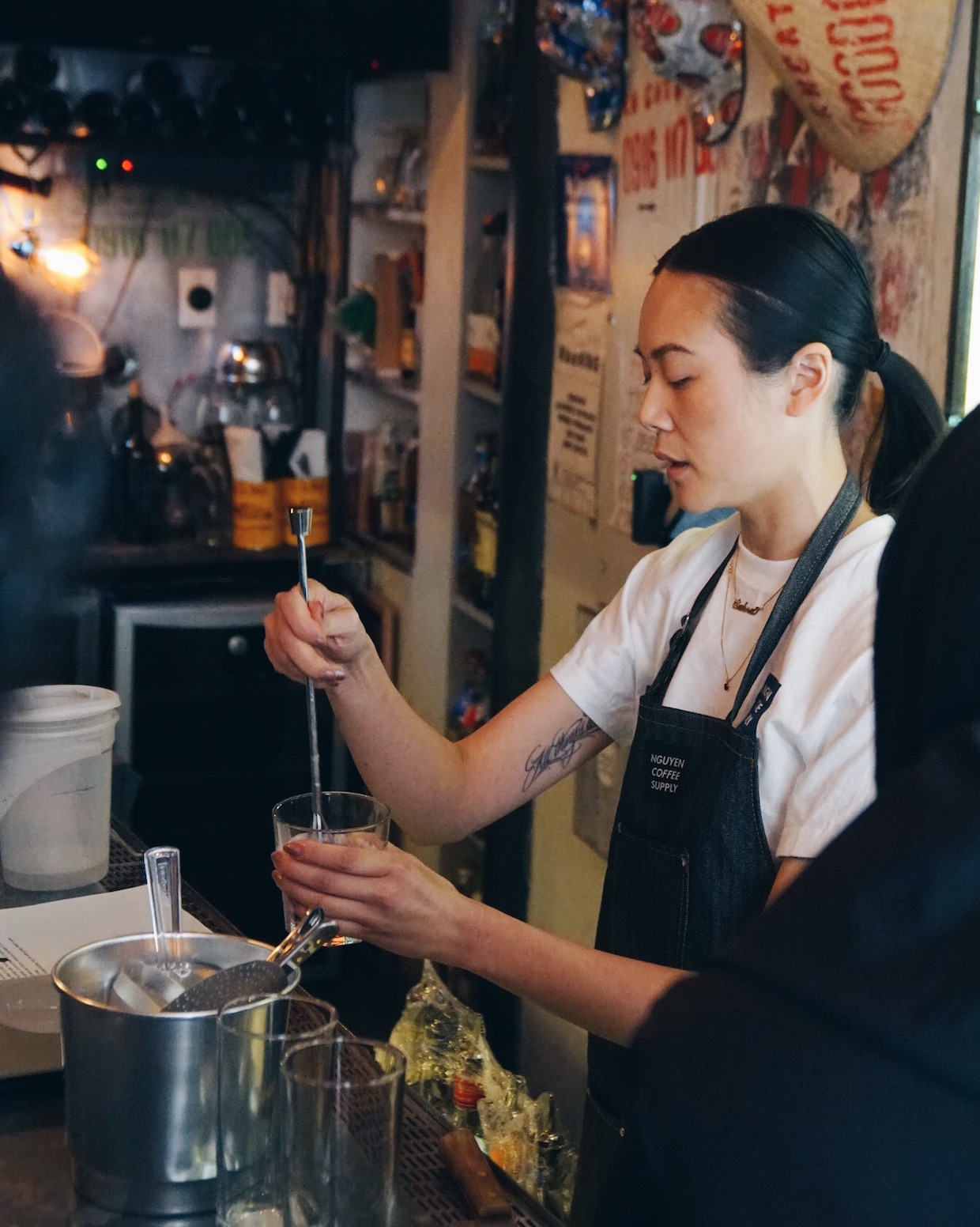 Sahra Nguyen at the new Cafe Phin on the Lower East Side in Manhattan. Photo by Erics Kun. All photos used courtesy of Cafe Phin/Nguyen Coffee Supply.

In recent decades, Vietnam has often been unfairly written off by many buyers in specialty coffee as a high-volume producer of robusta coffee. Yet for first-generation Vietnamese-American entrepreneur Sahra Nguyen, such a narrow view of Vietnamese coffee overlooks a rich coffee culinary coffee history, as well as a promising future in the quality-focused specialty market.

In April, Nguyen opened the doors to Cafe Phin inside the An Choi restaurant in Manhattan’s Lower East Side neighborhood, specializing solely in Vietnamese brews using a combination of robusta and arabica beans. Supporting the venture is Nguyen Coffee Supply, an importing and roasting company formally launched by Nguyen in New York last year. 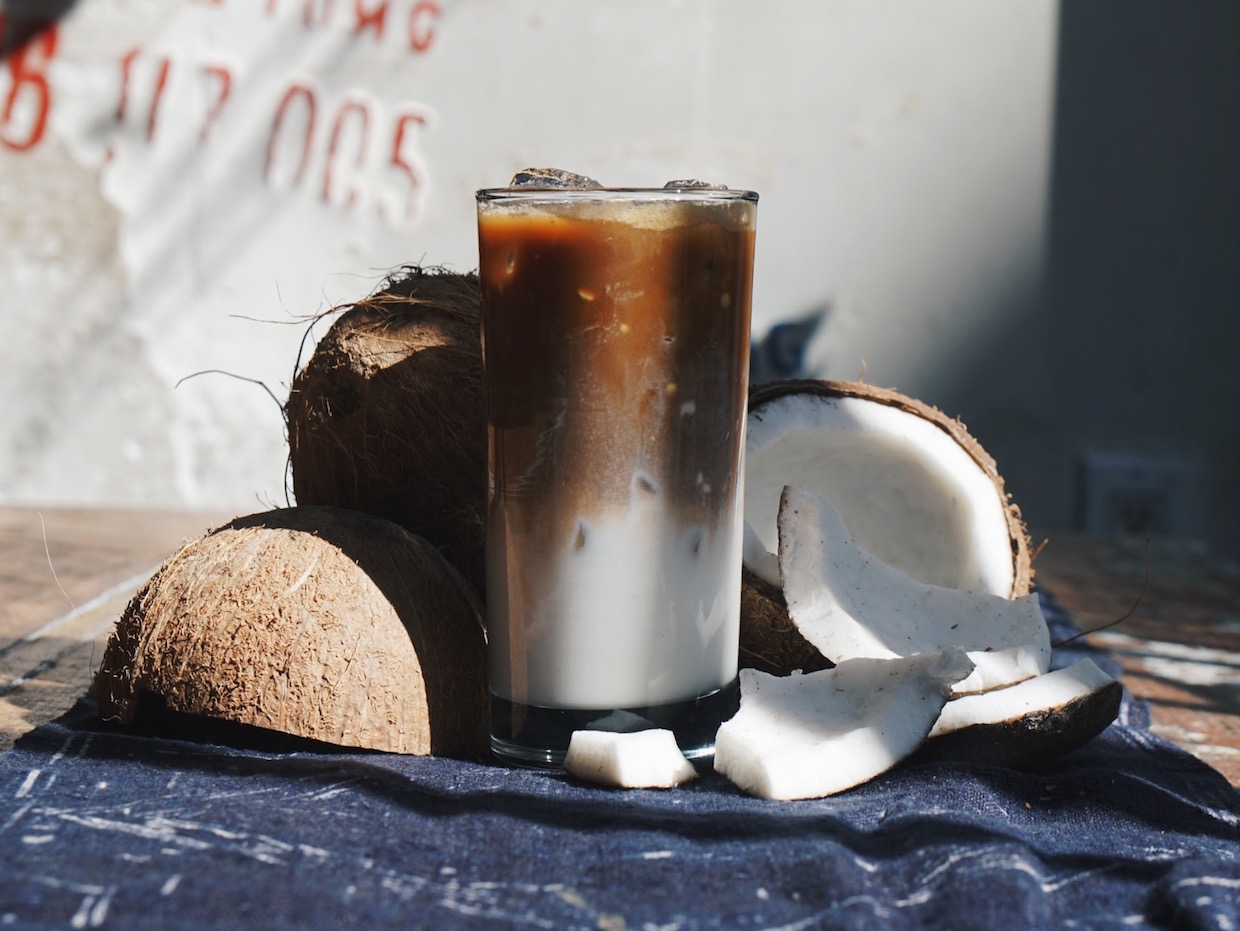 Prior to coffee, Nguyen found success as a published writer, film producer and media entrepreneur. Her familiarity with specialty coffee grew after she opened Lucy’s Vietnamese Kitchen in Bushwick in 2015.

Despite her interest in coffee, Nguyen said she has struggled to find the kind of traditional coffee that she remembers from her childhood — often involving a robusta and arabica blend brewed manually in single cups with a flat-basket phin brewer. 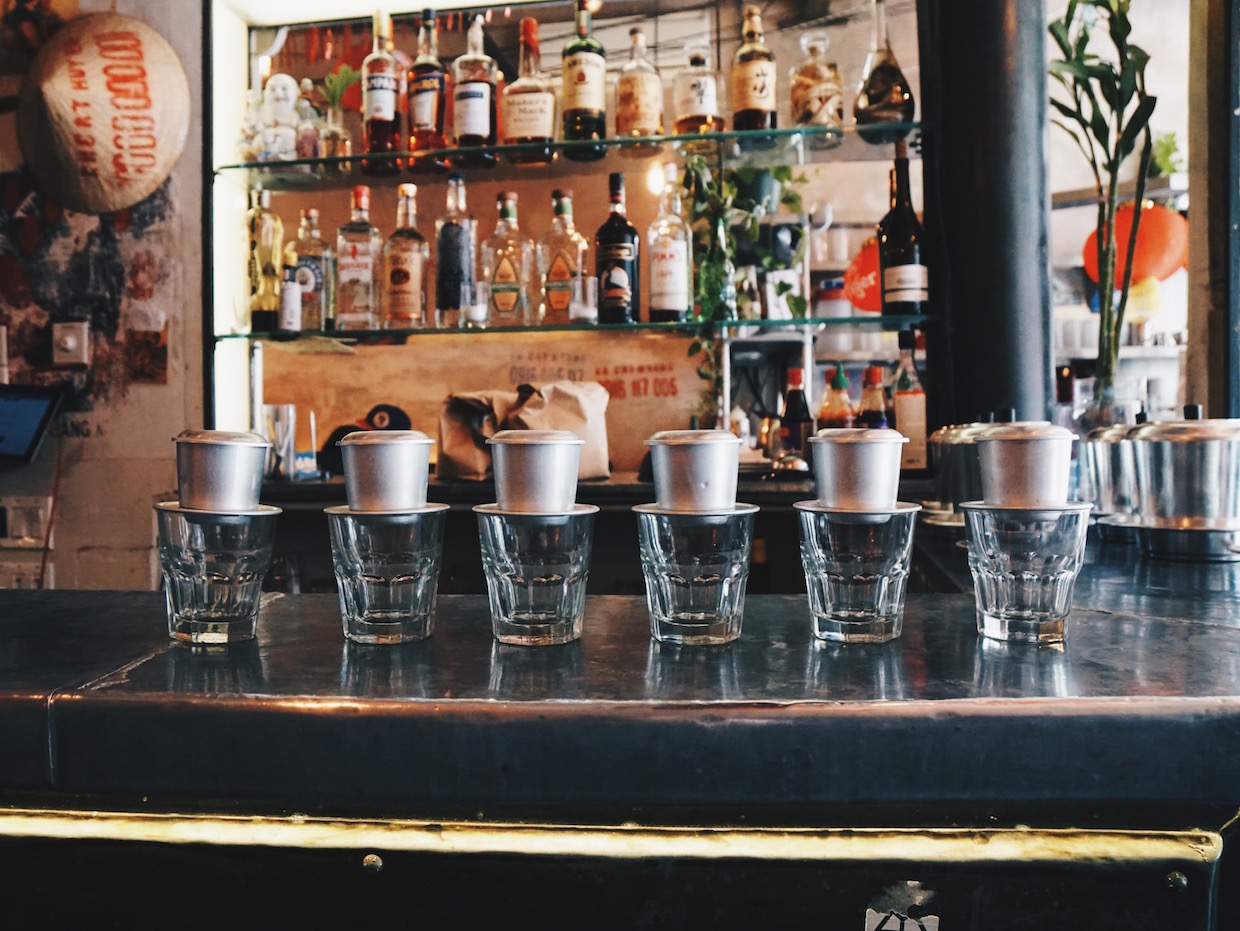 In 2016, while visiting family in Hanoi, Nguyen was introduced to a coffee producer from Da Lat in the Central Highlands who had been producing specialty grade coffee on a 12-hectare family farm for nearly four generations. A fluent Vietnamese speaker, Nguyen immediately developed a direct trade relationship and drafted a business plan in which she would source and roast high-grading arabica and robusta coffees.

In 2018, after two years of planning, she opened Nguyen Coffee Supply, sourcing and roasting coffees exclusively from Da Lat, while boasting of being the first ever Vietnamese-American and woman-owned coffee importing company in the United States. The company also proudly boasts of being “millennial-owned.” 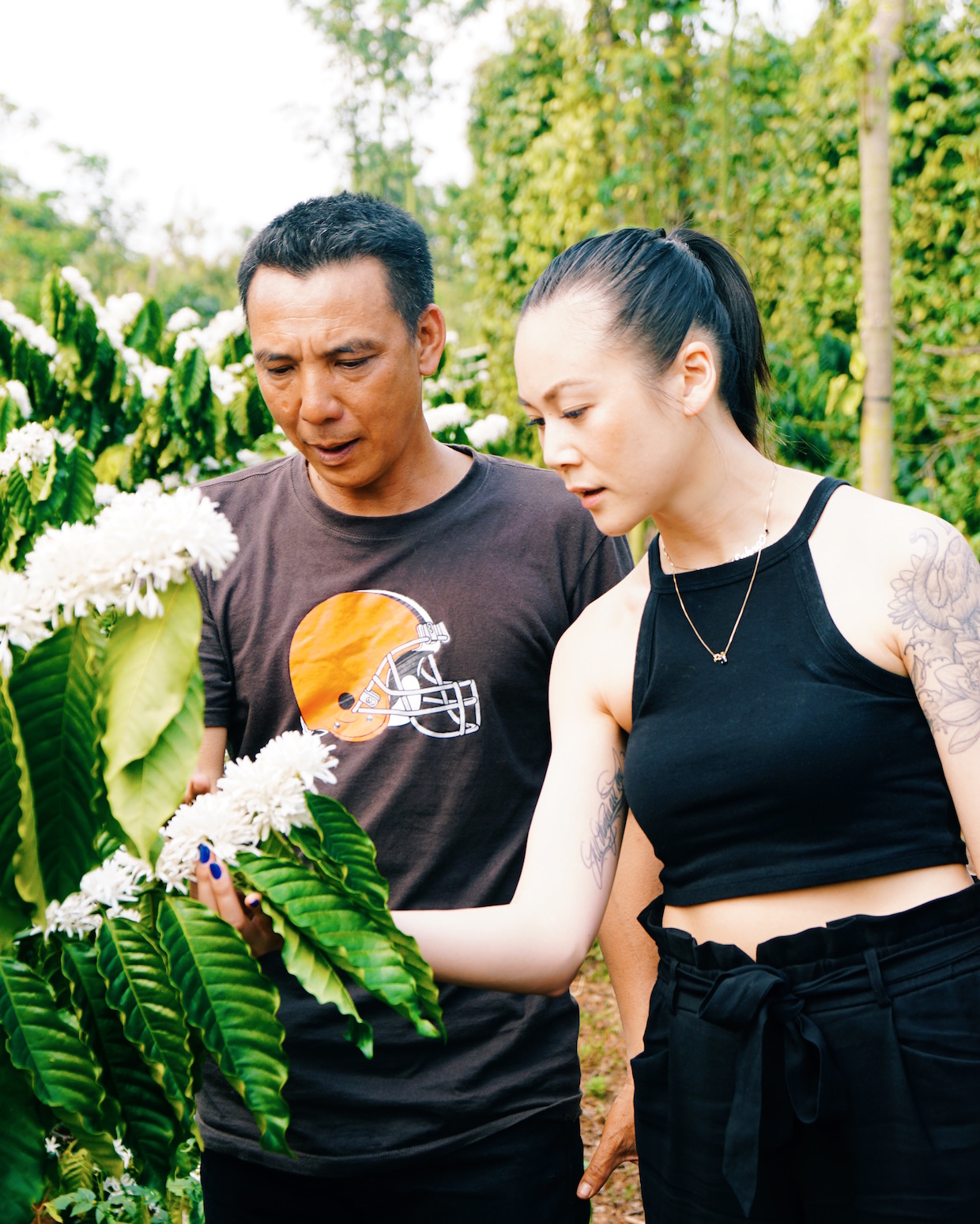 “Despite the scrutiny, I’m educating folks on the possibilities that robusta can be good if it’s grown and produced with care,” Nguyen told DCN, adding that despite much of Vietnamese coffee being commodity grade, there are a lot of Vietnamese producers who are working to meet higher quality standards.

“Vietnamese coffee can be really great if it’s grown well, produced well and if it’s roasted well; this includes robusta coffee,” Nguyen said. “I want to break the norm that not all robusta coffee tastes bad.”

Currently, Nguyen roasts the beans herself once a week on a 30-kilo Probat roaster located at the company’s production warehouse in Brooklyn’s Red Hook neighborhood. 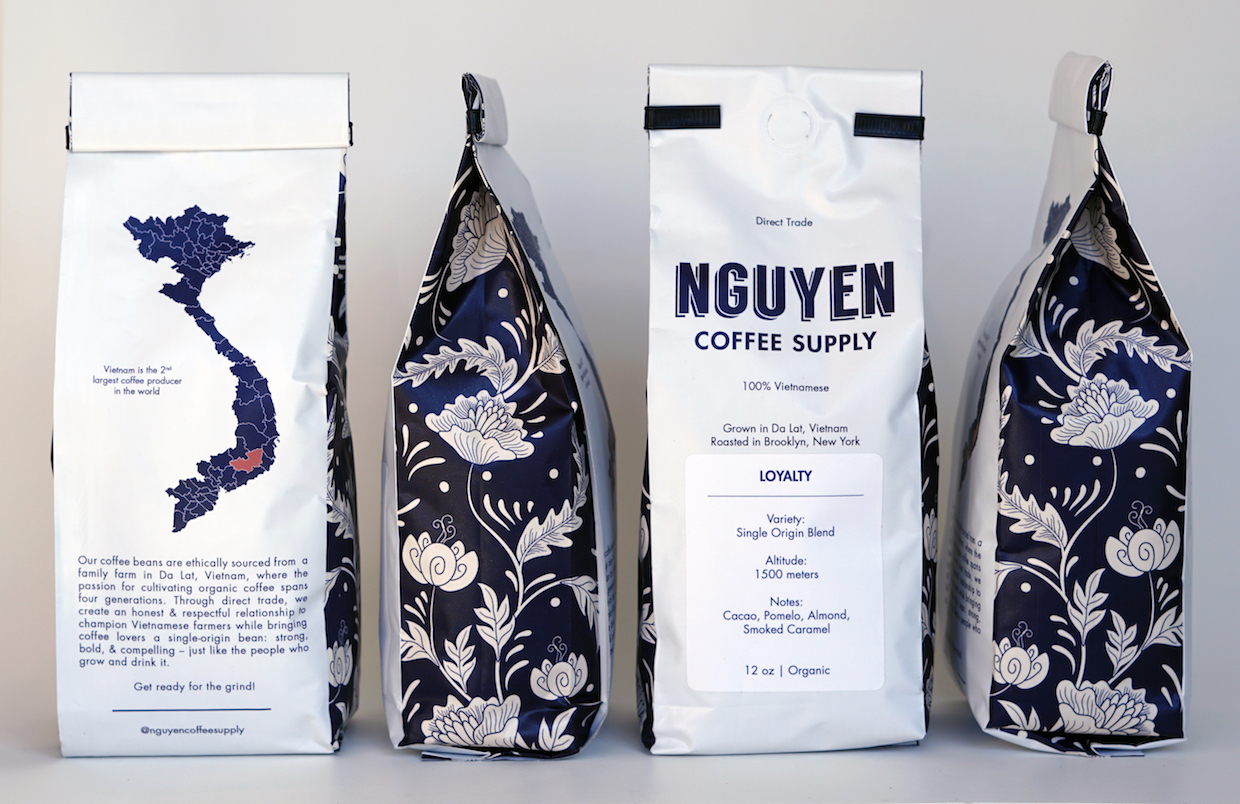 The two core bagged offerings from Nguyen Coffee Supply include a 50/50 robusta and arabica blend, and a 100-percent arabica coffee. Photo by Erics Kun.

Furthering the cause is the has been the opening of Cafe Phin, which has been maintaining hours for five days per week inside the An Choi restaurant. The coffee bar offers both of NCS’s core products: a 50/50 blend of arabica and robusta called “Loyalty,” and a 100 percent arabica single-origin called “Courage.” 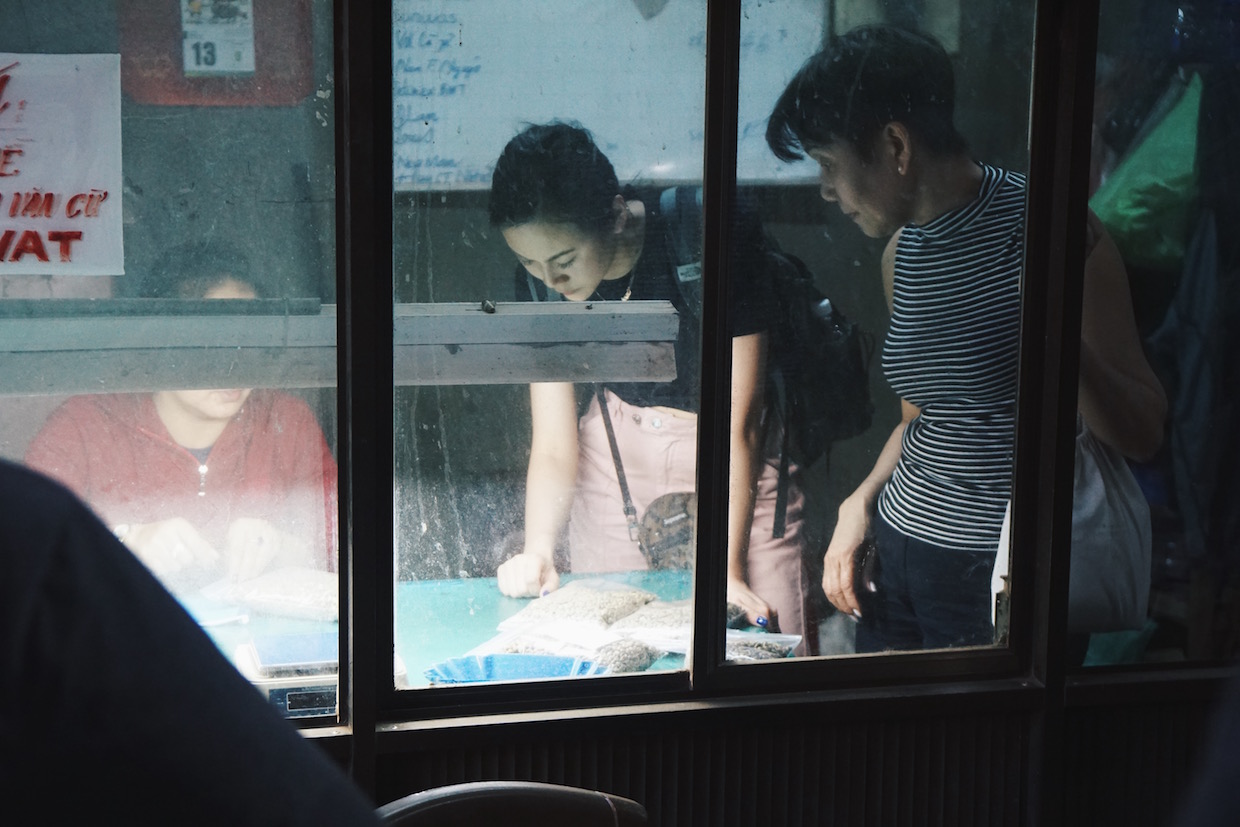 A rotating menu of specialty drinks currently includes the Coconut Vietnamese Coffee, the Ube Iced Latte (a purple yam dessert with phin-brewed coffee), and the Sea Salt Vietnamese Shakerato. Nguyen and her team are constantly experimenting with new drinks, such as a new variation of cold brew and a strawberry milk latte.

All of these drinks are designed to give the customer a uniquely Vietnamese coffee experience.

Towards this effort, Cafe Phin is donating a portion of its proceeds to organizations that advance Vietnamese and Vietnamese-American causes within specialty coffee. The company us also constantly speaking with  producers in its network to make sure their socio-economic and financial demands are being met, according to Nguyen. 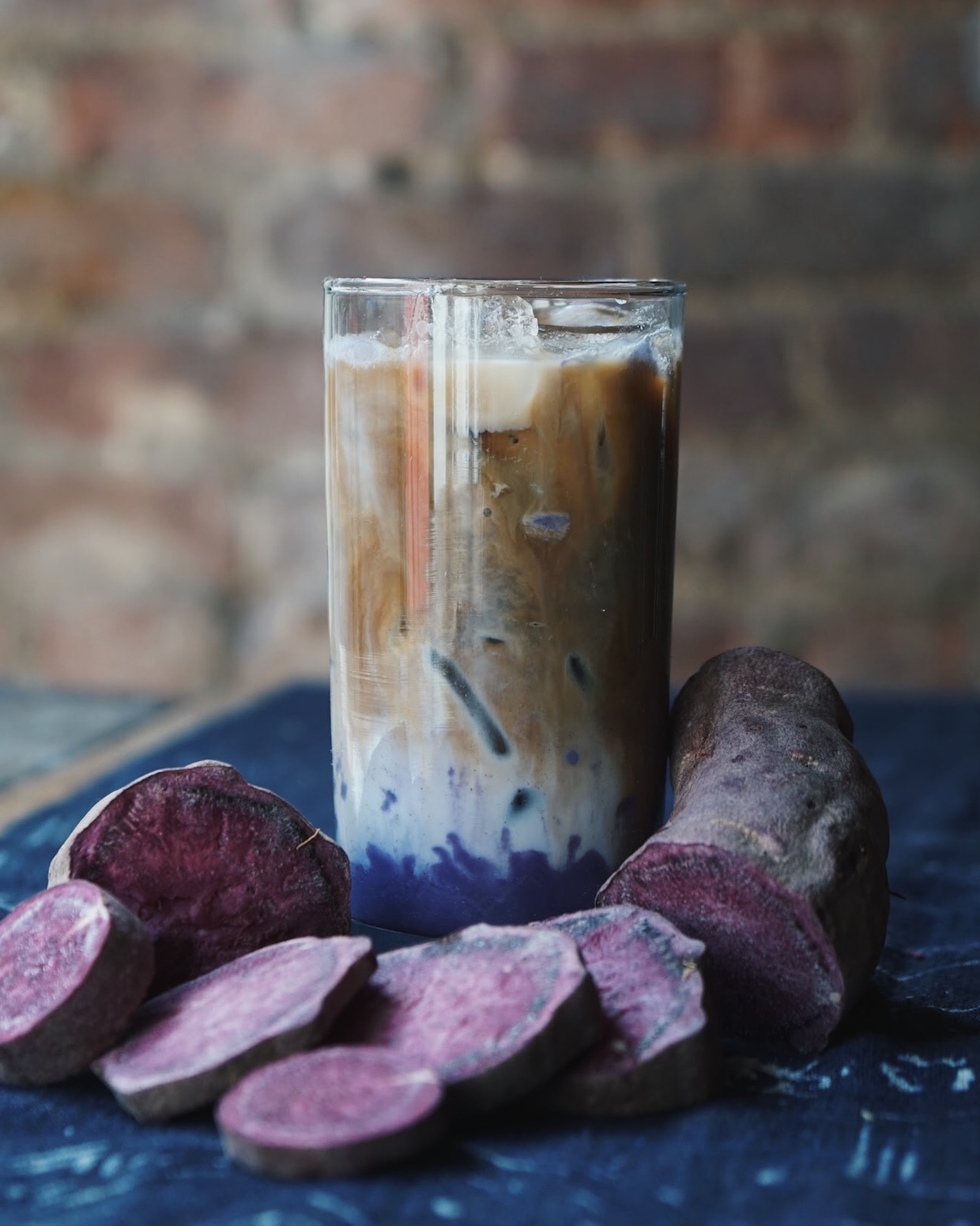 Cafe Phin is located at 85 Orchard Street at Broome inside of An Choi in Lower Manhattan.

[Editor’s note: This story has been updated to better describe Sahra Nguyen’s past career experience.]