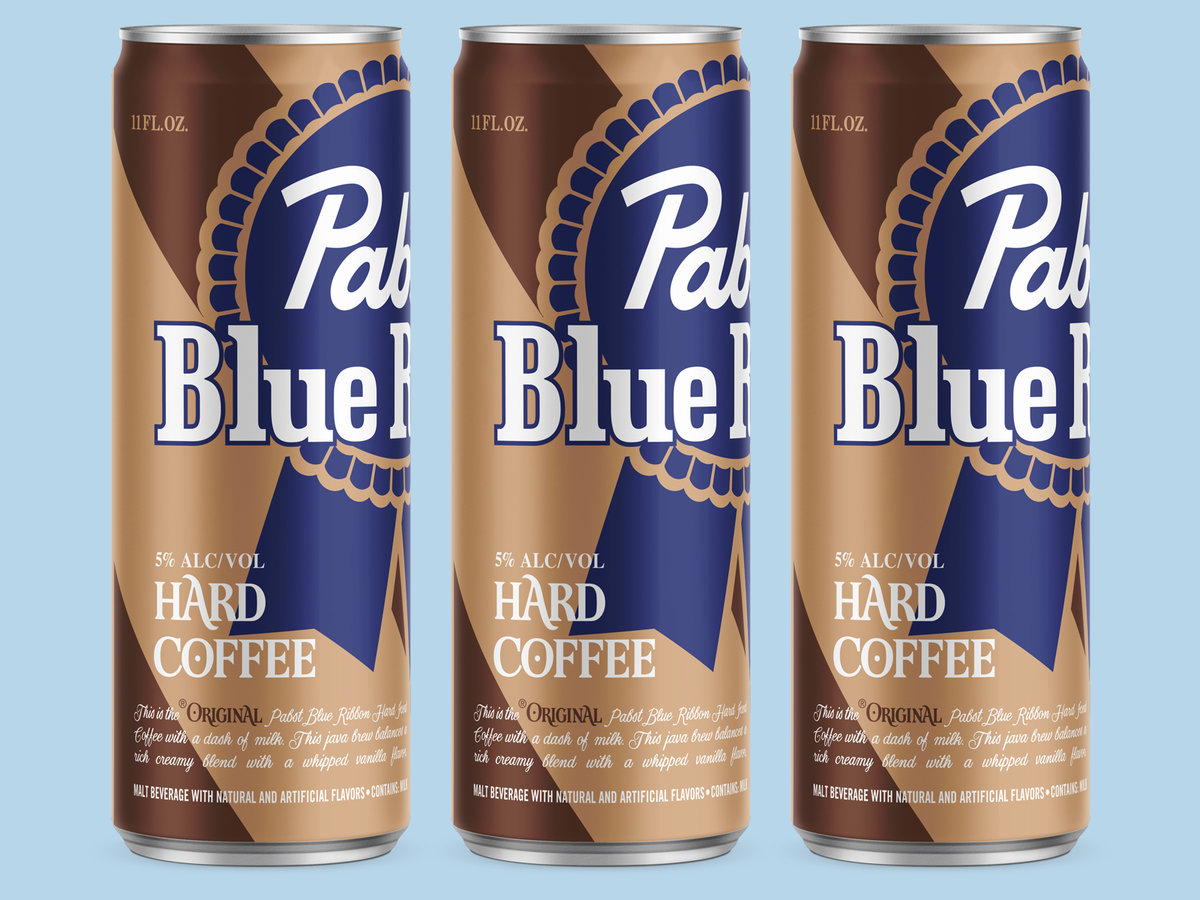 At just the moment when many people would proudly tilt its cans of the ol’ red, white and blue, Pabst Blue Ribbon released something brown, white and blue instead. The new Pabst Blue Ribbon Hard Coffee clocks in at 5% ABV and tastes kind of like Yoo-hoo, according to some adventurous drinkers. There’s not much info about the new product on PBR’s own website, although the magazine Food & Wine had more:

Pabst says that this new hard coffee “will be among the first of its kind in the industry, a fun and deliciously unique drink made using Arabica and Robusta coffee beans and rich, creamy American milk,” resulting in a “great tasting vanilla infused premium iced coffee with a 5 percent ABV kick.” The look of the packaging is admittedly pleasing — holding on to PBR’s signature look but swapping out the red on white stripe for the brown on cream hues of java. 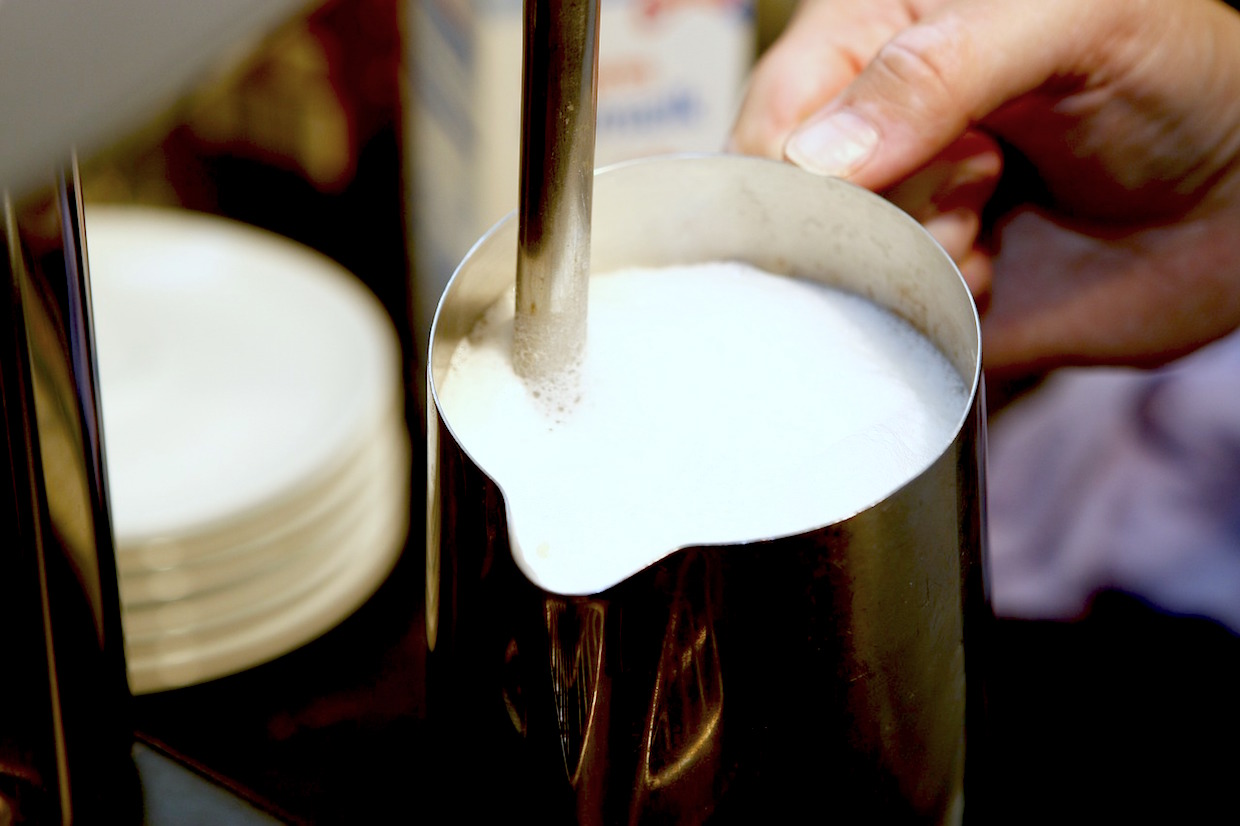 Simultaneous to Big Beer’s turn towards coffee to bolster its bottom line, Big Dairy does the same for an even younger demographic: High schoolers. The Associated Press reported this week on how dairy industry groups, faced with plummeting demand for its fundamental product, are subsidizing coffee bars in high schools as an avenue to increase sales:

It’s not clear how much coffee drinks in high schools might help boost milk consumption, or whether the concept will gain traction across the country. But with consumption of milk in the U.S. down 40 percent since 1975, the dairy industry is looking for all the help it can get.

The industry famous for its “Got Milk” advertising campaign is hoping its newer “Undeniably Dairy” slogan will help fend off the almond, oat and soy alternatives that are becoming more popular. And regional dairy groups are encouraging schools to serve milky drinks like smoothies and hot chocolate, as well as iced lattes.

Doubling coffee production in Jamaica? There’s an app for that. Jamaica Coffee Corporation, the parent company of Stoneleigh Coffee, has launched a mobile app designed to allow farmers to achieve higher prices by improving product traceability, quality and yield through multimedia tutorials as well as live chats with peers and agronomists. Caribbean news service Loop Jamaica had more:

Some 14 farmers were involved in the initial phase of the project, with the aim to have islandwide adoption in the medium term.

Minister Shaw said he welcomed the initiative to increase the technological input in the agricultural sector.

“Agriculture, including coffee, cannot be left out of the technological revolution that is currently taking place,” he said, and described the app, as outlined as a “simple yet elegant system to deliver information to farmers on a consistent yet timely basis.” He added that the focus on increasing yield would augur well for the industry as it would inevitably mean better prices through consistency of supply. 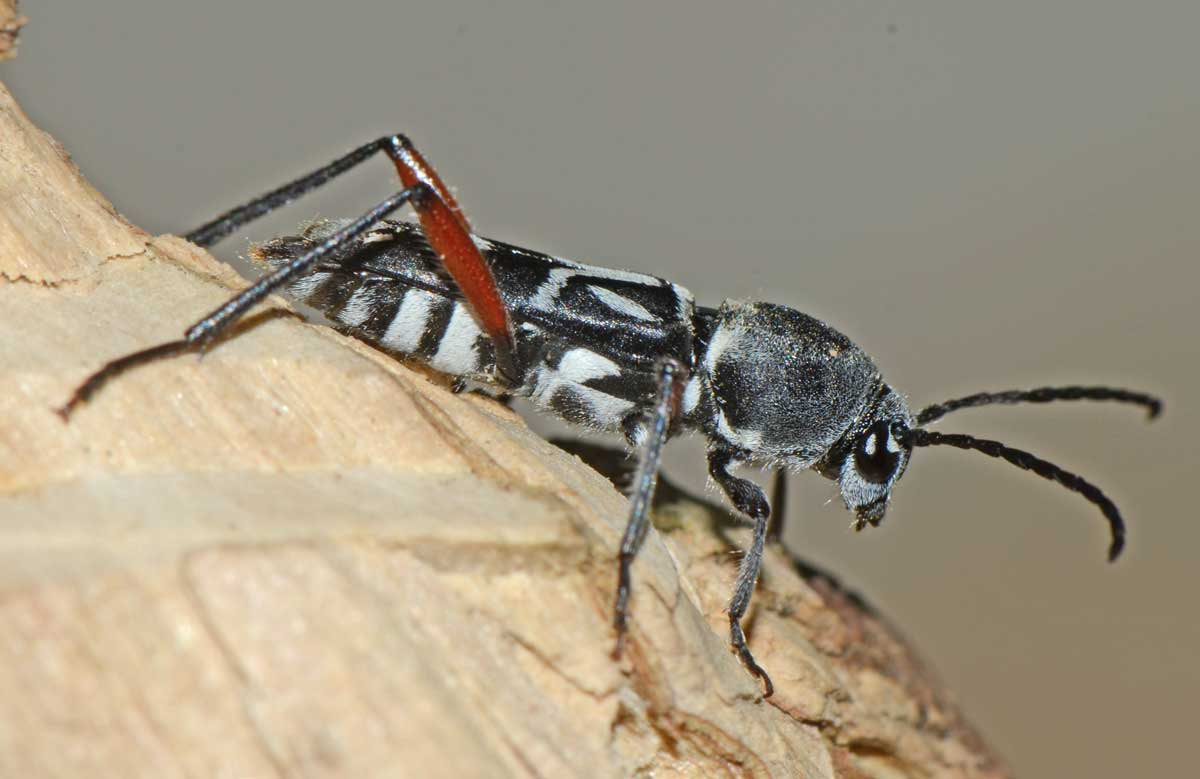 Scientists from the Indian Institute of Chemical Technology (IICT) have offered coffee farmers in India a quick and somewhat Casanovian strategy to stymie the reproduction of the dreaded white stem borer: Sex pheromones. The researchers told the Times of India that farmers can lure female beetles into traps using sex pheromones, preventing them from breeding, spreading and nefariously boring into coffee cherry stems:

Senior scientist Bathini Nagendra Babu told TOI that pheromone technology was used to control pink bollworm in cotton spread over 25,000 acres in last kharif season in Telangana. “Farmers’ income had increased by Rs 3,000 to Rs 13,000 per acre following the technology use,” he pointed out.

A federal judge in California ruled last Friday that the class action suit Smith v. Keurig Green Mountain Inc. can proceed. The lawsuit alleges that Keurig’s advertisements are misleading to many reasonable customers by stating that K-Cups are recyclable, when in many areas they’re actually not. Law blog Top Class Actions offered a non-paywalled report:

Judge Gilliam said, “the Green Guides state that if a product is rendered non-recyclable because of its size or its components — even if the product’s composite materials are recyclable — then labeling the product as recyclable would constitute deceptive marketing.” 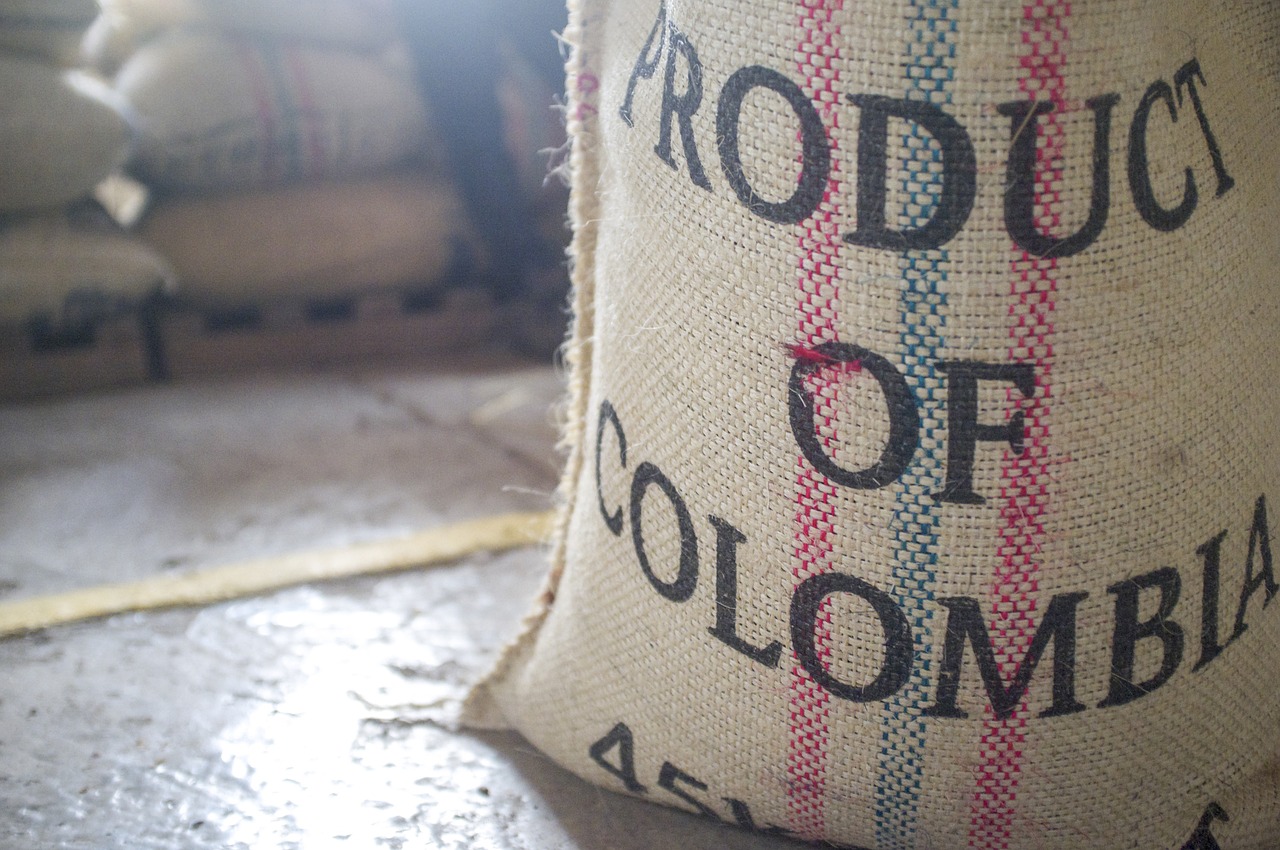 In the run-up to the World Coffee Producers Forum taking place next week in Colombia, and in the wake of an historic effort by cocoa industry players and cocoa-producing country governments to dictate more reasonable prices on the global market, Reuters reported that producers in Colombia have called for a floor price of $2/lb:

“Is it fair to trade when someone buys your product below the cost of production?” said the head of the National Federation of Coffee Growers, Roberto Vélez, at a fair trade conference in Bonn, Germany.

Velez did not detail how the floor of $2 per pound for coffee could be achieved. Colombia is the world’s third-largest producer of coffee after Brazil and Vietnam.

Reuters also took note of farmers trickling back into the coffee business in Zimbabwe, where efforts by Nespresso to revive the sector seem to be catching on. The 430 tons produced in 2018 was a 10% increase over the previous year, and this year the haul is expected to rise to 500 tons:

Zimbabwe was never among the world’s top producers: output peaked at around 15,000 tonnes in the late 1990s. But its Arabica coffee is prized for its zesty and fruity tones, and the sector once provided a livelihood for more than 20,000 poor farmers.

Nespresso, which started buying Zimbabwean coffee last year at a 30%-40% premium above international prices and pays farmers in U.S. dollars, is helping to drive the modest revival.