Natural Processing Bursts Through at 7th Burundi Cup of Excellence 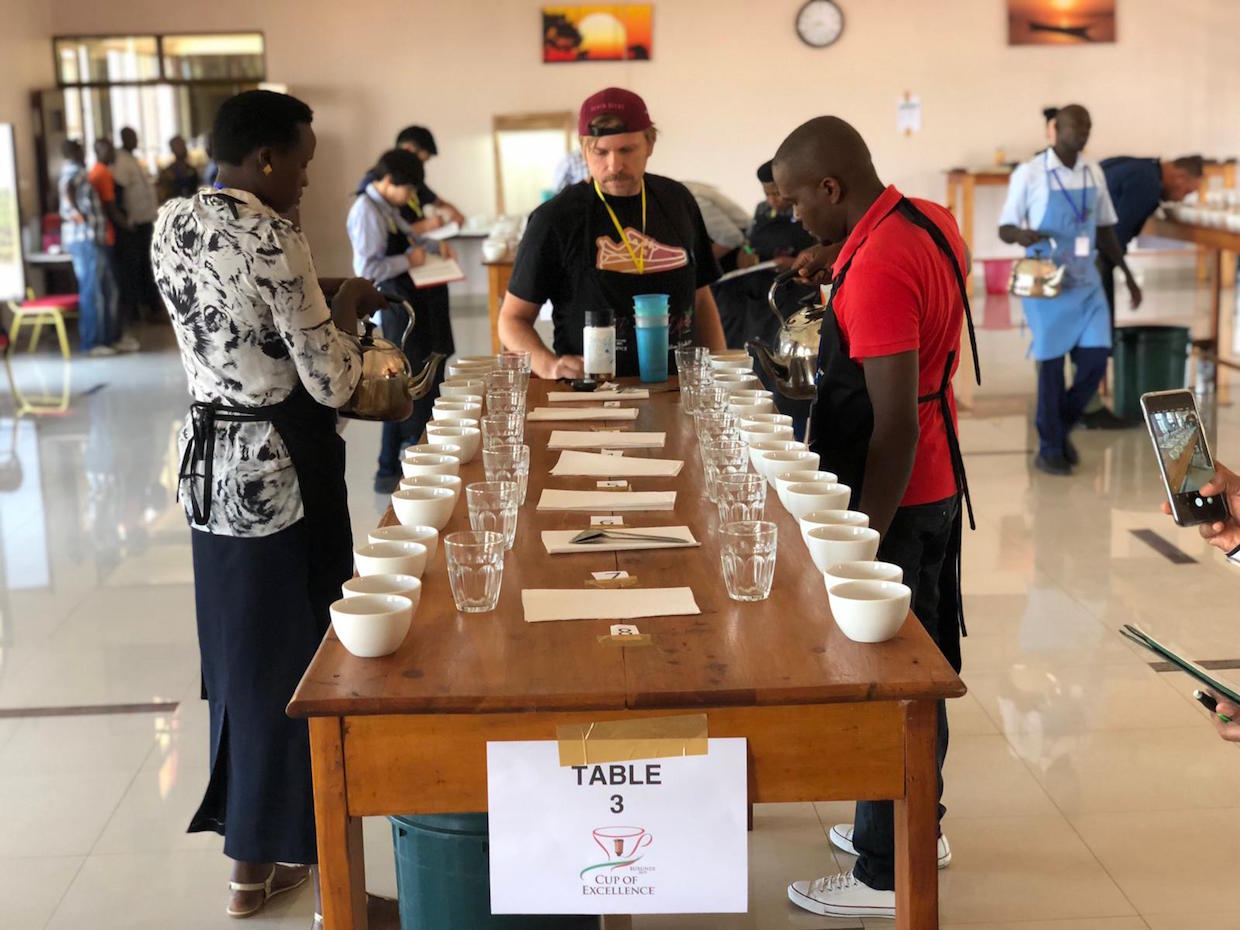 Among all 23 winning coffees in the 2019 Burundi Cup of Excellence countrywide coffee competition, it was a rare natural-process coffee that took the highest score.

In fact, 2019 marked the first year in the seven-year history of the Burundi CoE in which natural-process coffees have ever scored high enough to reach the CoE-winners auction threshold, which currently stands at 87+ points. Five natural-process coffees in total were among the top 40 coffees that were rigorously scored by an international jury.

“This was so exciting to see another side of what Burundi can offer,” Nolan Hirte, founder of the Melbourne, Australia, and Portland, Oregon-based coffee company Proud Mary, said in an announcement from CoE organizer the Alliance for Coffee Excellence. “There was the classic bright and juicy apricot coming from the washed bourbon[s] with loud berry notes and that sparkling acidity… contrasted with the depth of the naturals with big tropical fruits ranging from pink to orange, like guava and mango and watermelon. So excited for Burundi and what is to come.”

ACE and in-country organizer Intercafe led the competition in Ngozi, with an international panel of judges hailing from Kenya, Japan, South Korea, Hong Kong, Taiwan, India, the United States, Lithuania, Germany, the UK, Australia and Burundi. All 131 samples initially entered into the competition were of the Bourbon variety, with washed processing being the predominant method.

“Burundian coffees have always been known for their wide range of fruit complexity and sweetness,” Burundi CoE Head Judge Stephen Vick said. “This year was no different as we tasted classic washed Bourbon flavors of orange, peach, fresh fig, honey, brown sugar and hibiscus. With the addition of some naturally processed coffees into this year’s competition — including first place — those fruit flavors expanded even more with explosive strawberry, cantaloupe and papaya notes.”

The auction for all 23 winning coffees will take place Thursday, Sept. 19. More information on the auction and the winning lots is available here.