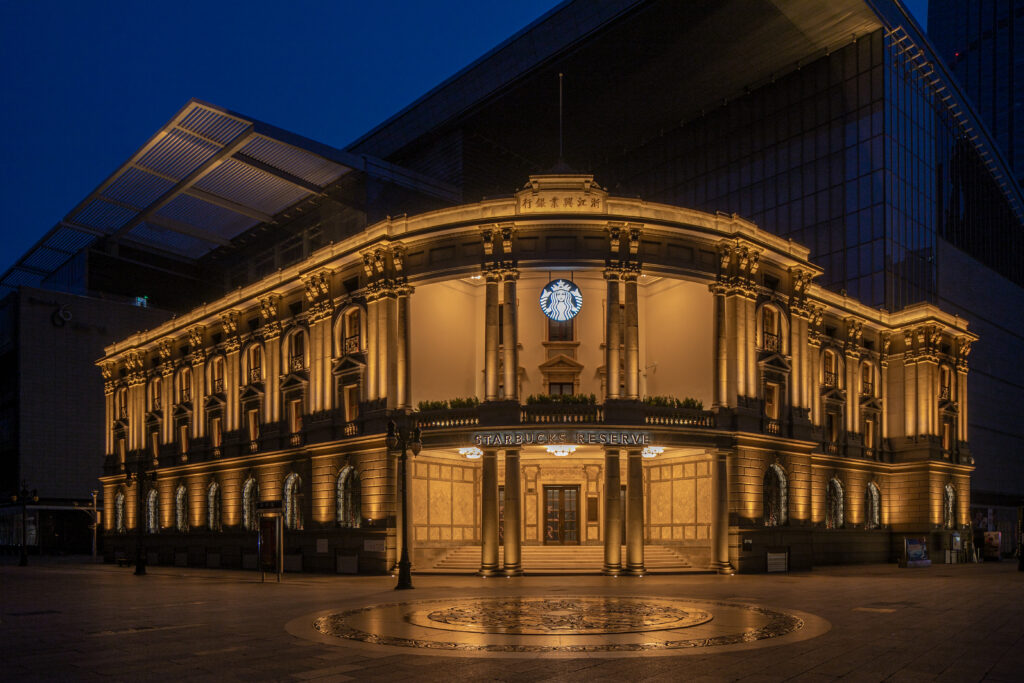 Proving that even a fierce international trade war can’t interfere with the retail aspirations of both private and state interests, Starbucks has unveiled a sprawling flagship Reserve-brand store in the port city and Chinese economic hub of Tianjin.

Even more notable given the current political tumult between China and the United States, the new Starbucks facility is in a state-designated heritage building that stood as a symbol of economic prosperity for decades before being left vacant for nearly 20 years. 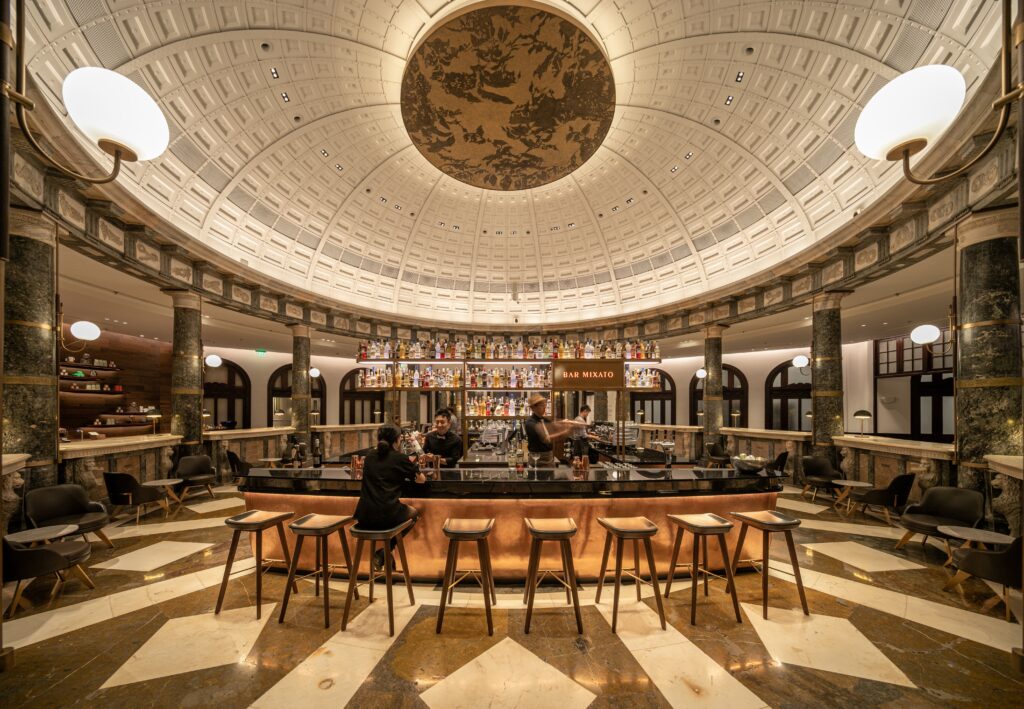 Starbucks, based in Seattle, said it has been working with government officials and local historical preservation experts for three years to restore the building to its “full splendor, while infusing modern, creative elements that complement and give new life to the space.”

Adding to the East meets West, old meets new concept, the 1921 building is incorporated into the design of the Riverside 66 mall building, a 350-meter long building surrounded by a massive curved glass shell and offers more than 1.6 million square feet of space for shoppers. 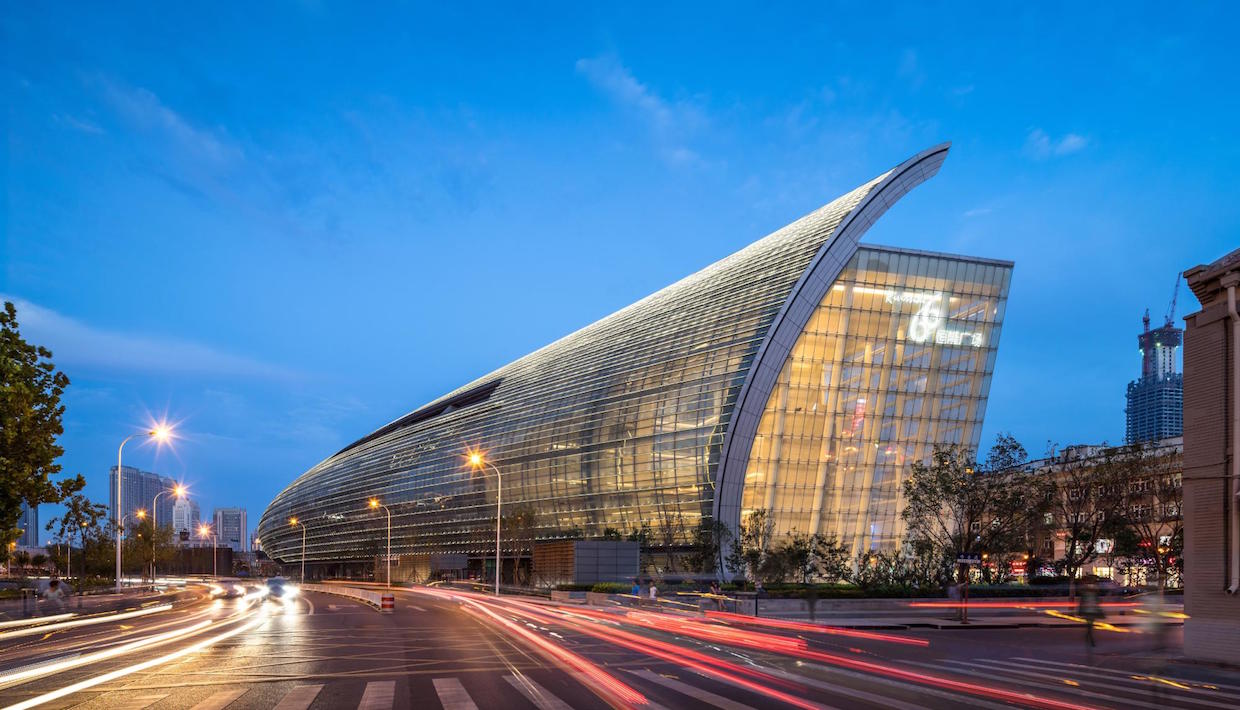 The Starbucks location is notably contrasting, with Greek columns on the exterior of the former bank building. Marble columns and carvings, as well as a glass dome, have been restored along with the bank’s original counters. In an announcement of the opening, the Starbucks marketing team notably mentions the term “third place” six times, recalling a concept that’s deeply associated with late-20th-century Starbucks. 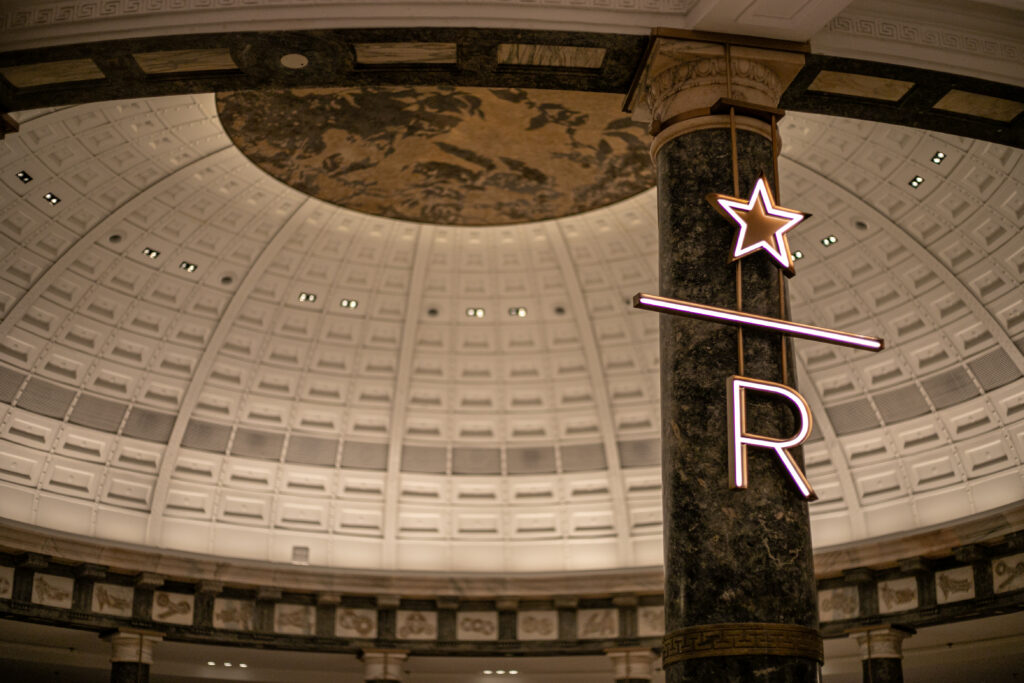 Within this setting, Starbucks is offering numerous bars, including a Starbucks Reserve-brand coffee bar featuring a range of showy espresso and brewed coffee equipment, including siphon brewers and Victoria Arduino Black Eagle espresso machines. The coffee is all coming from Starbucks’ Reserve roastery in Shanghai.

Playing to traditional local preferences, the Tianjin facility also offers a large tea bar, featuring the Starbucks-owned Teavana brand teas, blends and botanicals, and including such experimental items such as nitrogen-infused teas and Steampunk brews. The facility also includes a Starbucks Reserve Mixato bar, a cocktail bar concept that debuted with the launch of the Starbucks Reserve roastery in Milan, Italy. 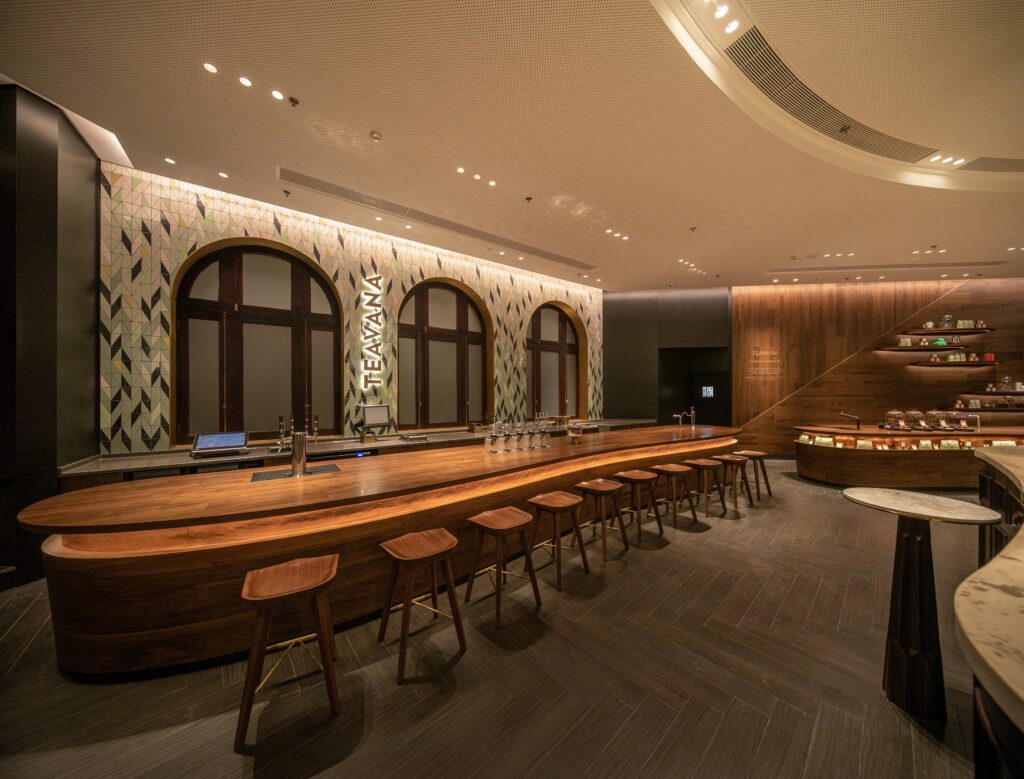