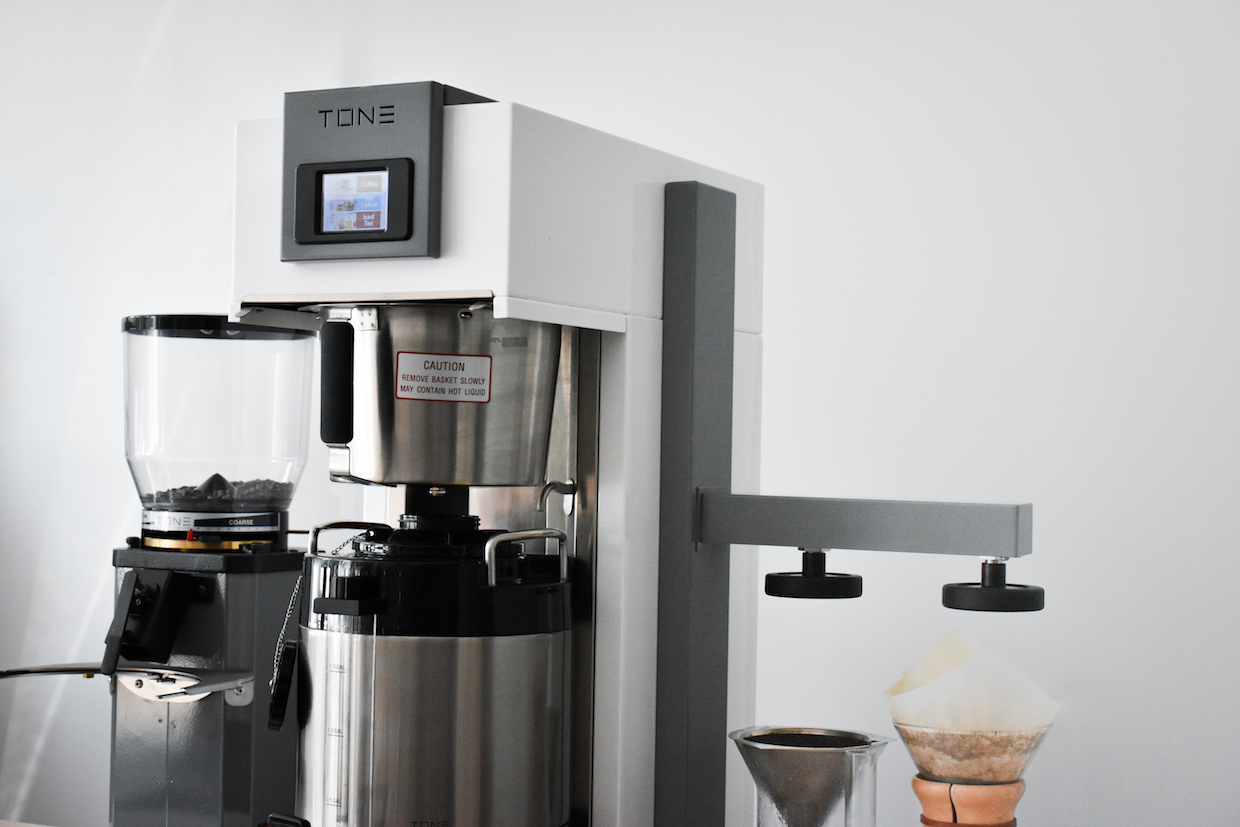 There’s the barista in a band, or the roaster who does a little consulting here and there. With so many creative and multitalented people in the specialty coffee industry, side hustles are commonplace. A new piece of coffee equipment called the Touch 02 by Swiss manufacturer Tone Kaffeemaschinen AG has a couple side hustles of its own.

Named the “Best New Product” at the 2019 World of Coffee event in Berlin this year in the category of commercial coffee or tea prep category, the Tone Touch 02 is a batch brewer with a unique sidearm extension that offers two additional spray heads. Each of these spray heads is capable of dispensing independent brew water delivery profiles, simultaneously. 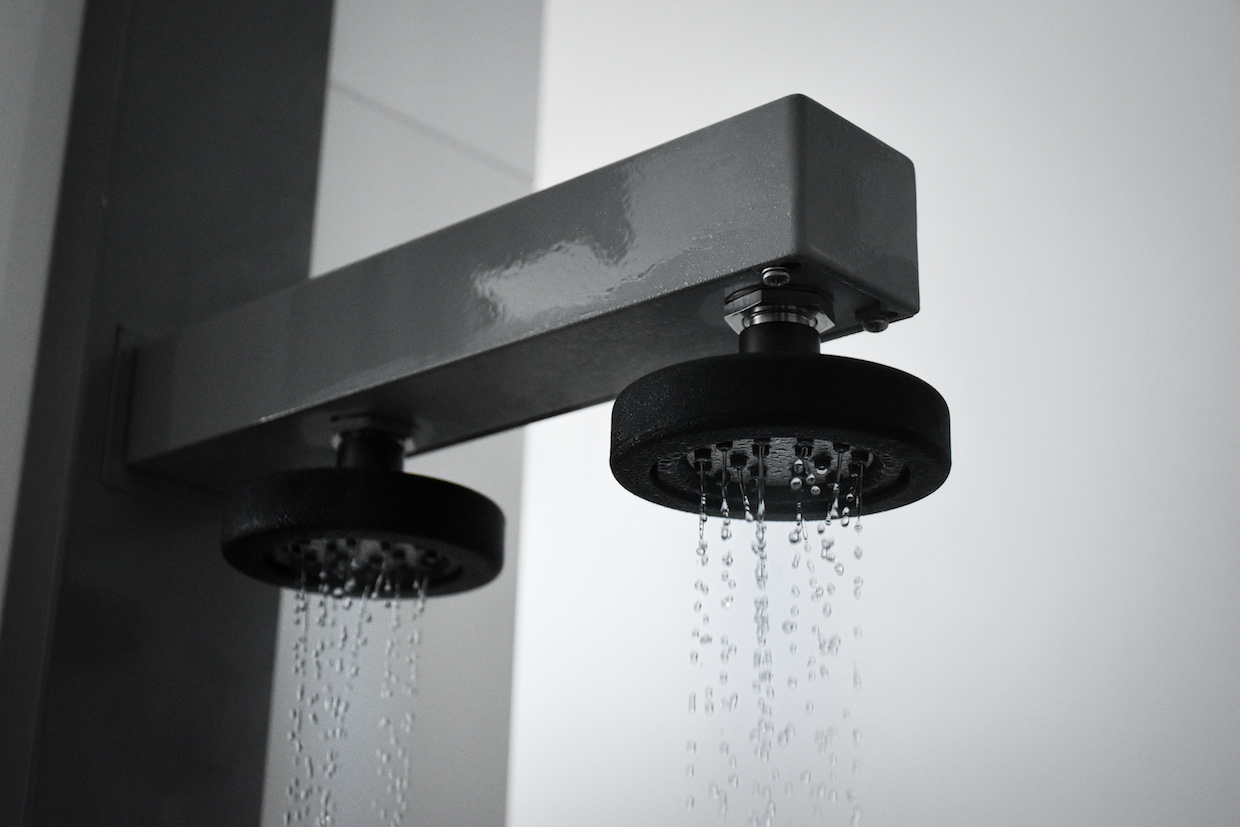 These combined features enable coffee bars to brew large batches, small batches and single cups of entirely different coffees all at once. The system’s onboard software stores up to 60 recipes.

Slated for release in the United States next year, the Touch 02 is the result of the work and creativity of electrical engineer Martin Gwiazda, industrial designer Thomas Liebe, champion barista and SCA trainer Gordon Howell, and Tone Kaffeemaschinen CEO Holger Welz, who has worked in the coffee industry for more than 20 years.

“The Touch 02 is no average batch brewer; it’s three machines in one,” Howell, from the U.K., told Daily Coffee News. “[It] is a highly multifunctional, intelligent brewing solution that delivers coffee and tea, hot or iced, in different volumes. It enables the user to have total control over their brewing parameters and develop recipes which can be recalled at the touch of a button.” 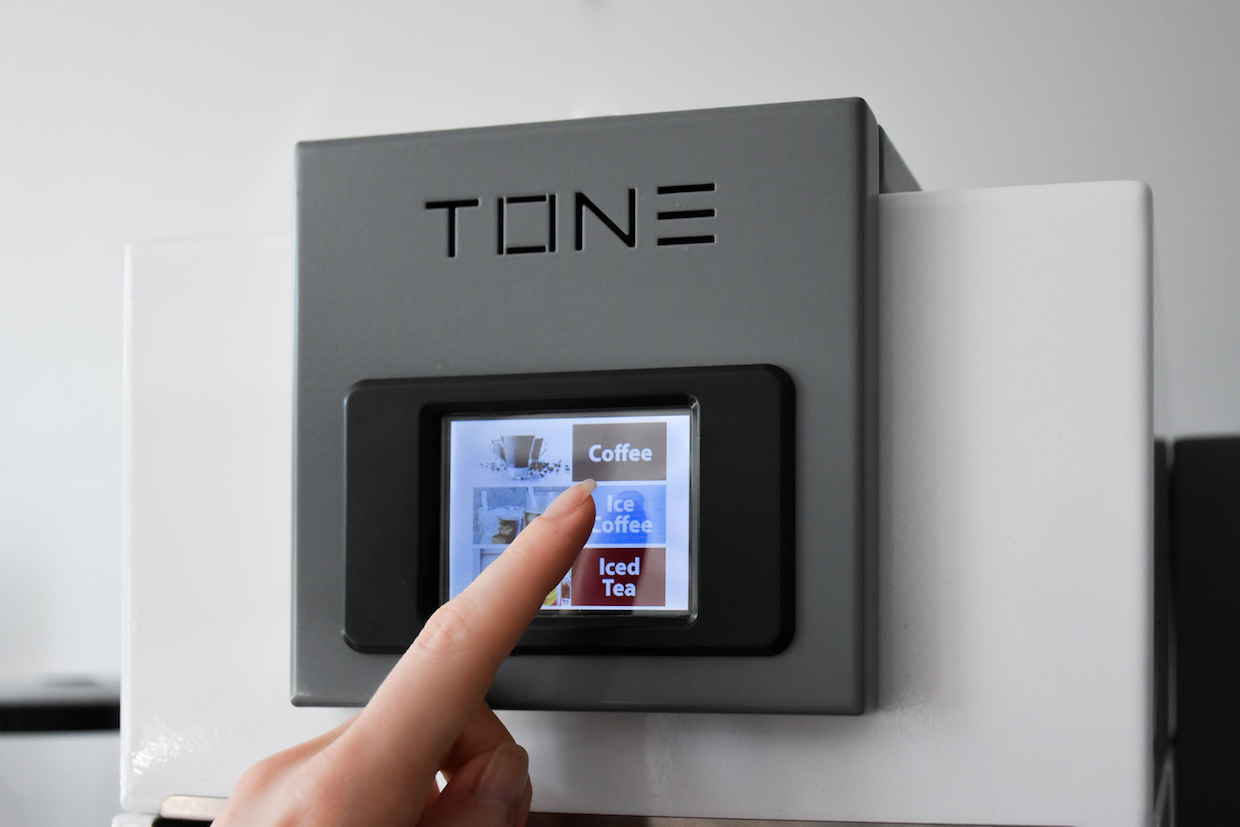 The larger brew head is oriented towards batches up to six liters and is controlled via the machine’s main panel, while the two side brewers deliver quantities up to two liters each and are controlled with a movable side panel. Each can deliver its own recipe of total volume, bloom phase and overall duration, including smaller additional pauses calculated and timed automatically to elongate the brewing process and offer more control over extraction yield, according to the company.

Users can also control the temperature of the water, although this is the one variable that cannot differ between the three heads, as all three draw water from the same single boiler.

For cold coffee drinks, Howell said the user can either put ice directly into the dispenser or to use the Touch 02 Ice Kit, composed of two different sizes of sealed ice vessels that rapidly cool the hot extraction. Said Howell, “By preventing beverages from losing flavor through dilution, the Ice Kit gives the barista more control over the result in the cup and the possibility to serve quality iced beverages in an uncomplicated and fast way.” 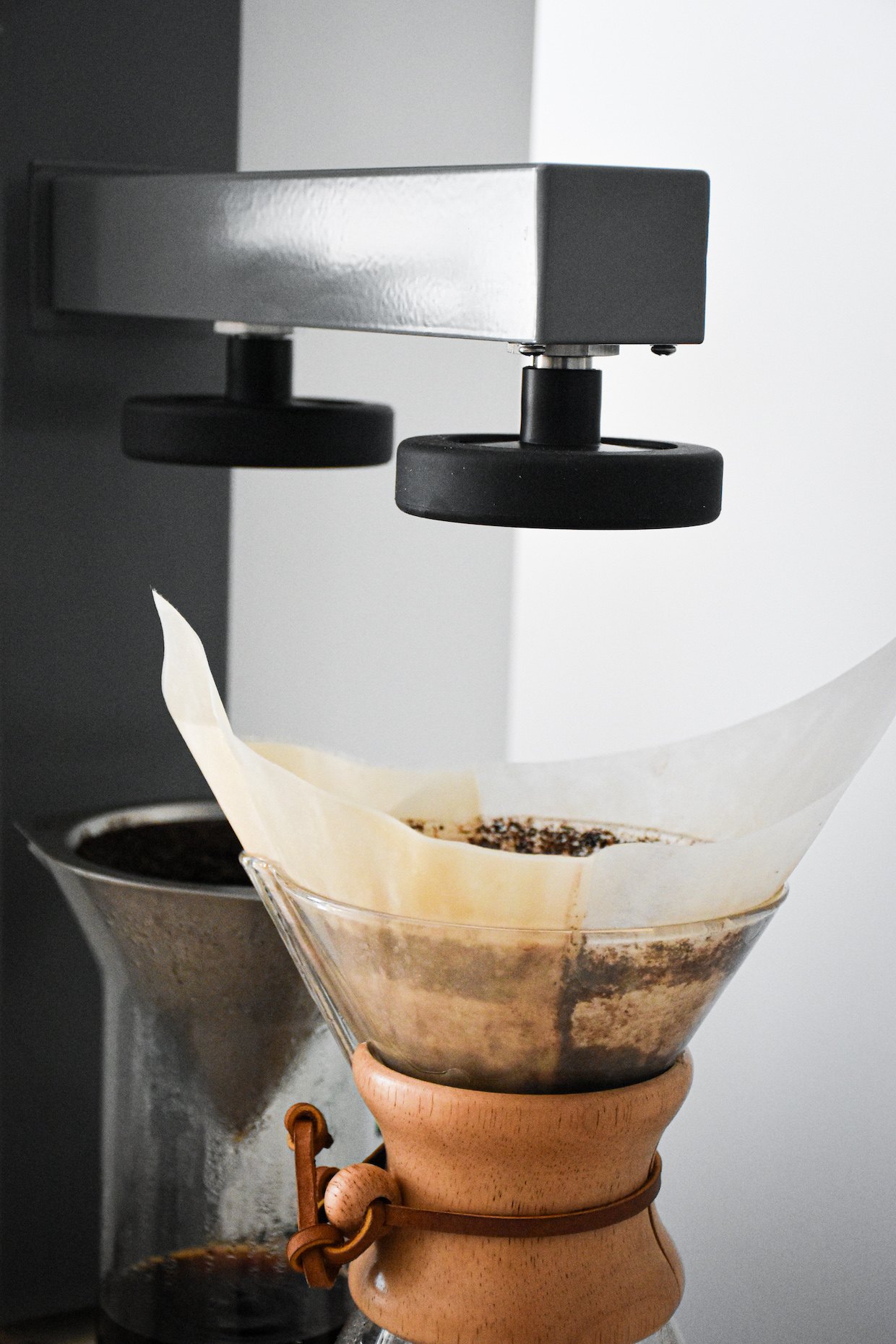 The Tone Kaffeemaschinen company is based in Schaffhausen, Switzerland, and though its manufacturing takes place in the United States, the Touch 02 has yet to debut before the U.S. public. Howell said the company will begin its distribution and promotion of products in the U.S. in 2020.

In the meantime, the company is also hard at work on the Touch 03, a “boiler-less, standalone brewing solution” Howell said focuses on controlled agitation and programmable flow rates and pulse patterns at different stages of brewing. That product will be showcased by Tone at the HOST conference in Milan later this year. 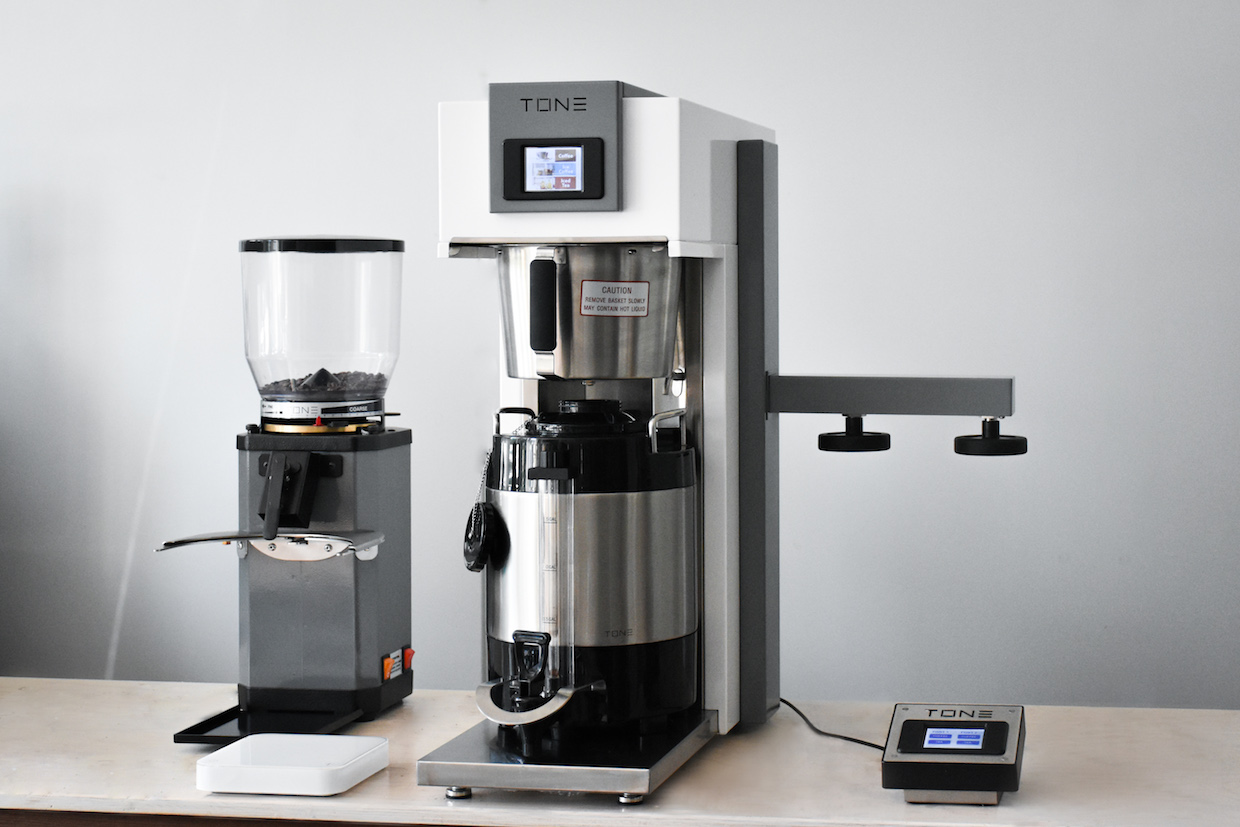