Congregation Coffee Is Bringing People Together in New Orleans 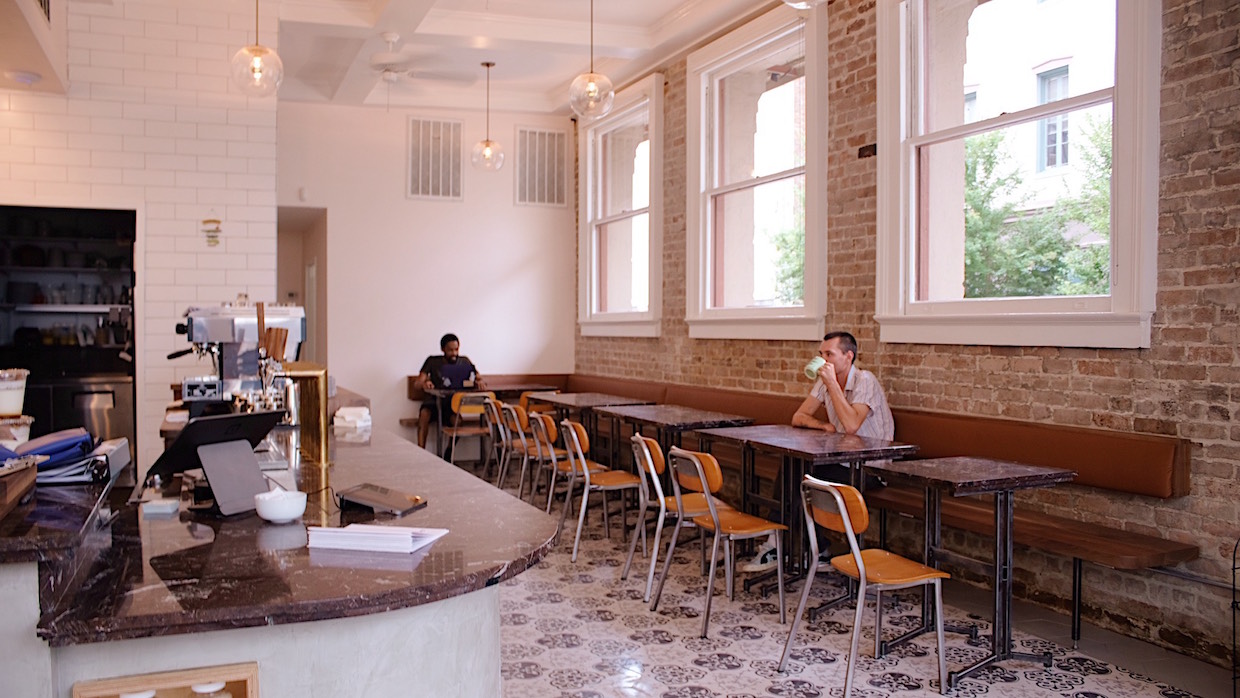 It all started four years ago with two friends casually bemoaning the lack of good coffee in the New Orleans restaurants where they worked. Eliot Guthrie and Ian Barrilleaux soon after founded Congregation Coffee Roasters, and now they’re celebrating the opening of a second retail location that’s all their own.

“We kept on talking about the quality of coffee that was in restaurants; we felt it didn’t match the quality of food that was being served,” Guthrie recently told Daily Coffee News. “And me being from Seattle, I missed the kind of coffee shop culture that I had become accustomed to.” 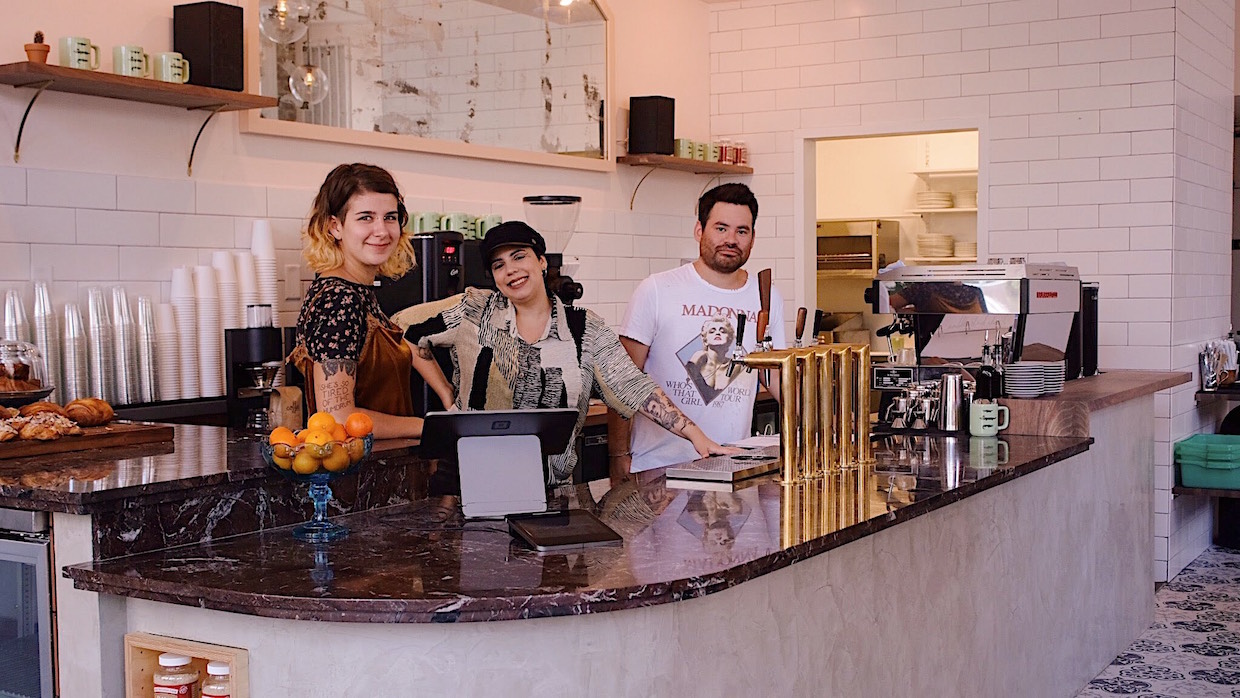 After a year and a half of roasting and selling wholesale, mainly to local restaurants with whom they had connections, the pair opened their first cafe in Algiers Point — “a sleepy little neighborhood across the river from the French quarter,” as Guthrie described it. After two more years of growth, Congregation has expanded to the higher traffic, higher visibility Central Business District.

Guthrie handled most of the design and buildout for both locations, and the new space’s design attempts to reflect the generally relaxed spirit of The Big Easy. 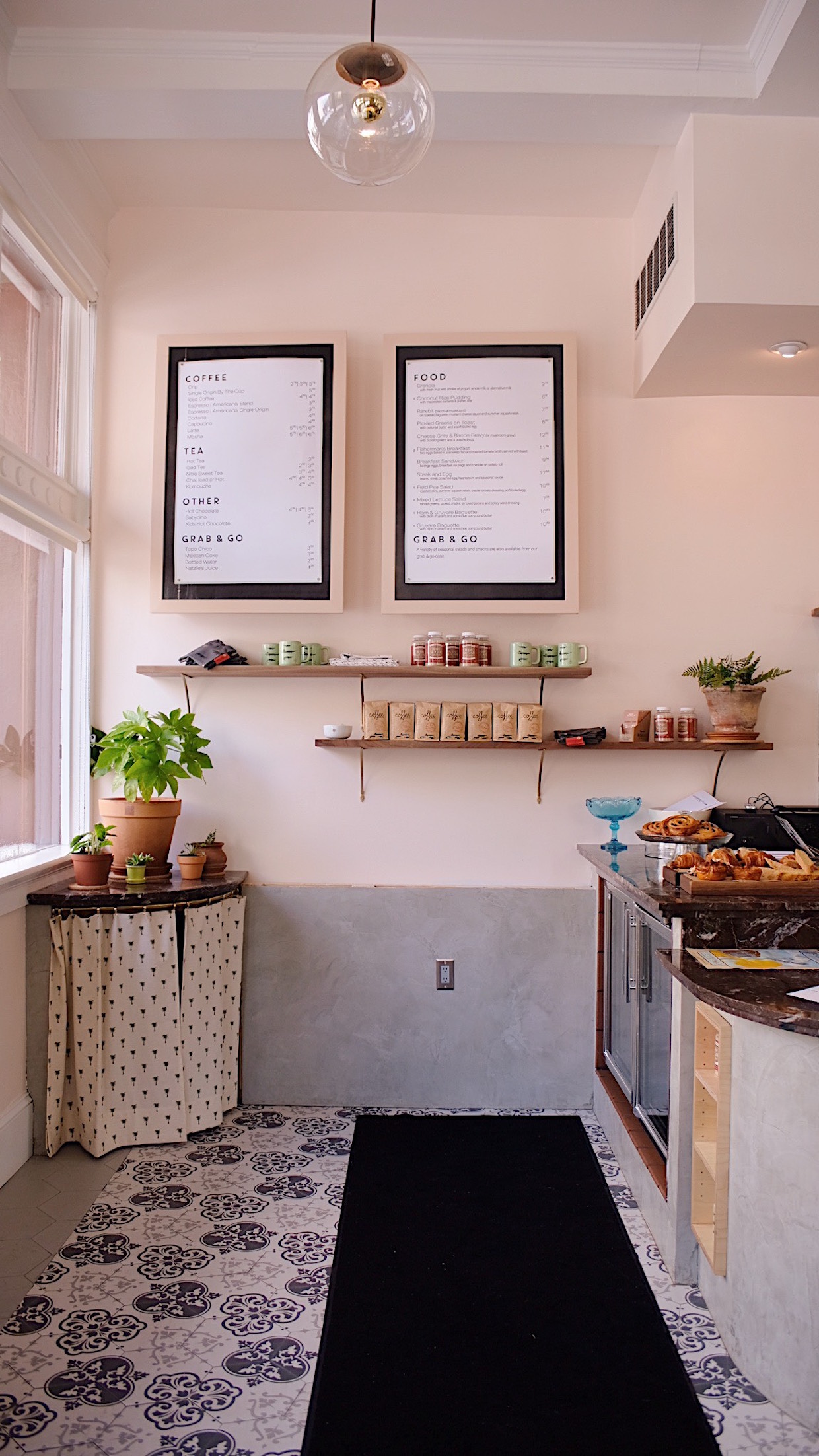 “We didn’t want to go for a quote-unquote ‘New York’ vibe or a ‘Blue Bottle’ vibe,” Guthrie said. “We just wanted it to be very New Orleans, which to us means comfortable, lived in, hopefully somewhat timeless. We wanted to make it hard to tell if it’s been here for 20 years or if it’s brand new.”

The bar itself includes Venetian lime plaster on the front and a marble top upon which sits a La Marzocco Linea PB espresso machine for both blended and single-origin coffees, supported by a trio of Nuova Simonelli Mythos One grinders. For pourovers, Congregation employs Marco SP9 twin automated brewers.

“It’s important to us to be able to offer multiple coffees at a time,” Guthrie said. “But we also don’t want to exhaust our staff. We’d rather they be able to interact with the customer.” 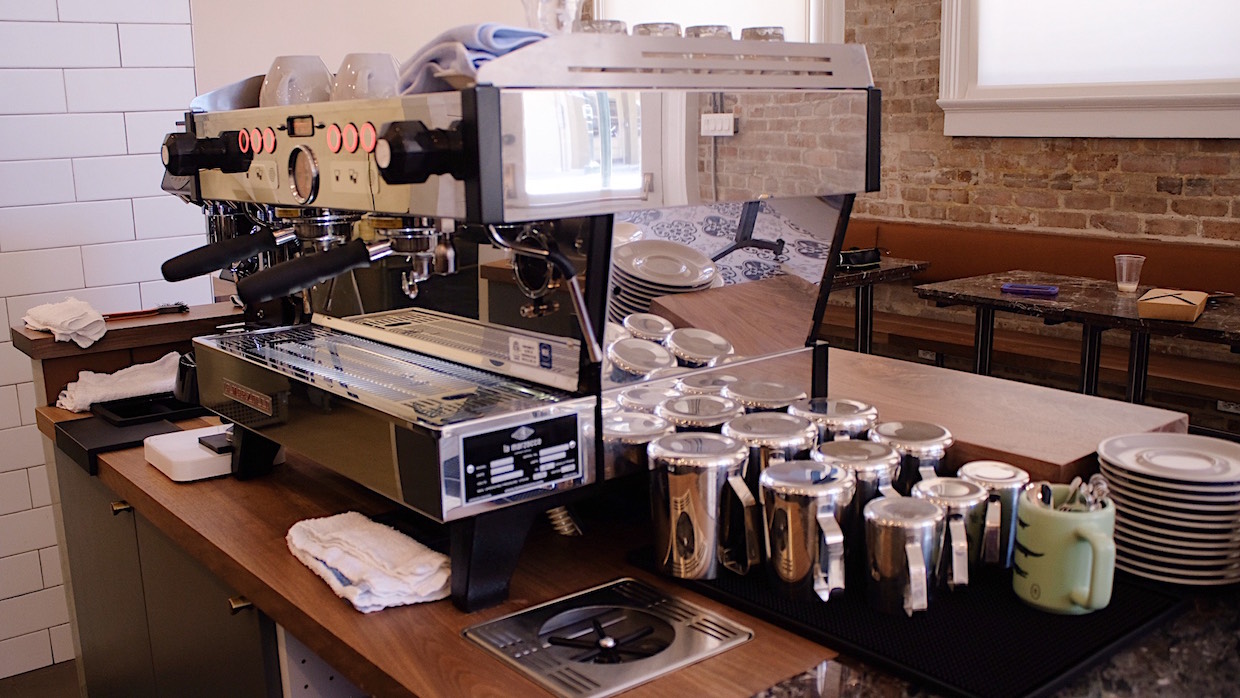 Furthering the shop’s Southern vibe, one of the taps protruding from the marble bar pours nitro sweet tea, with the others serving nitro and still cold brew and a house-made, seasonally flavored kombucha.

Guthrie and Barrilleaux have also expanded the food menu for the new cafe, drawing on their past experiences in the restaurant world.

“I envy the European cafe model of being able to go to the same place in the morning, go there for lunch and go there for a drink after work,” Guthrie said. “And while we don’t have a liquor menu here, we want people to be comfortable here all day and to be able to get anything from a cup of coffee to a sandwich to a small plate.” 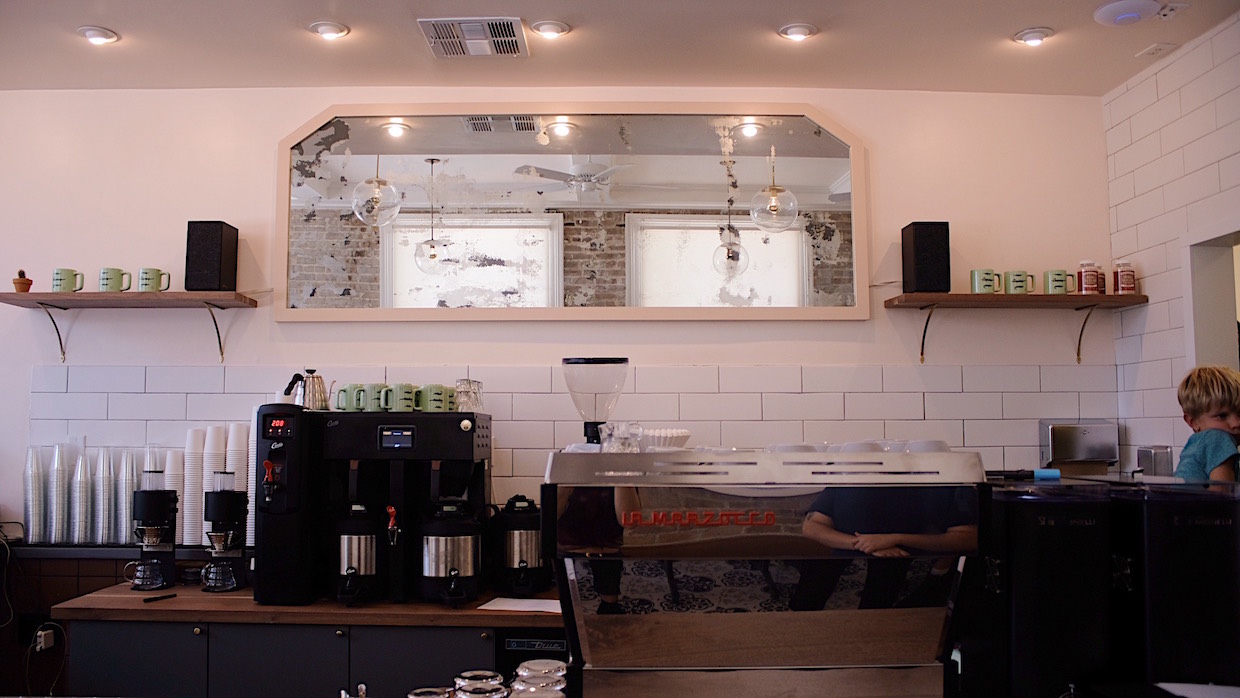 Good work keeping it simple and with the local flavour. Only been in NO once, and loved the character of the place. =If ever I manage to get back…….