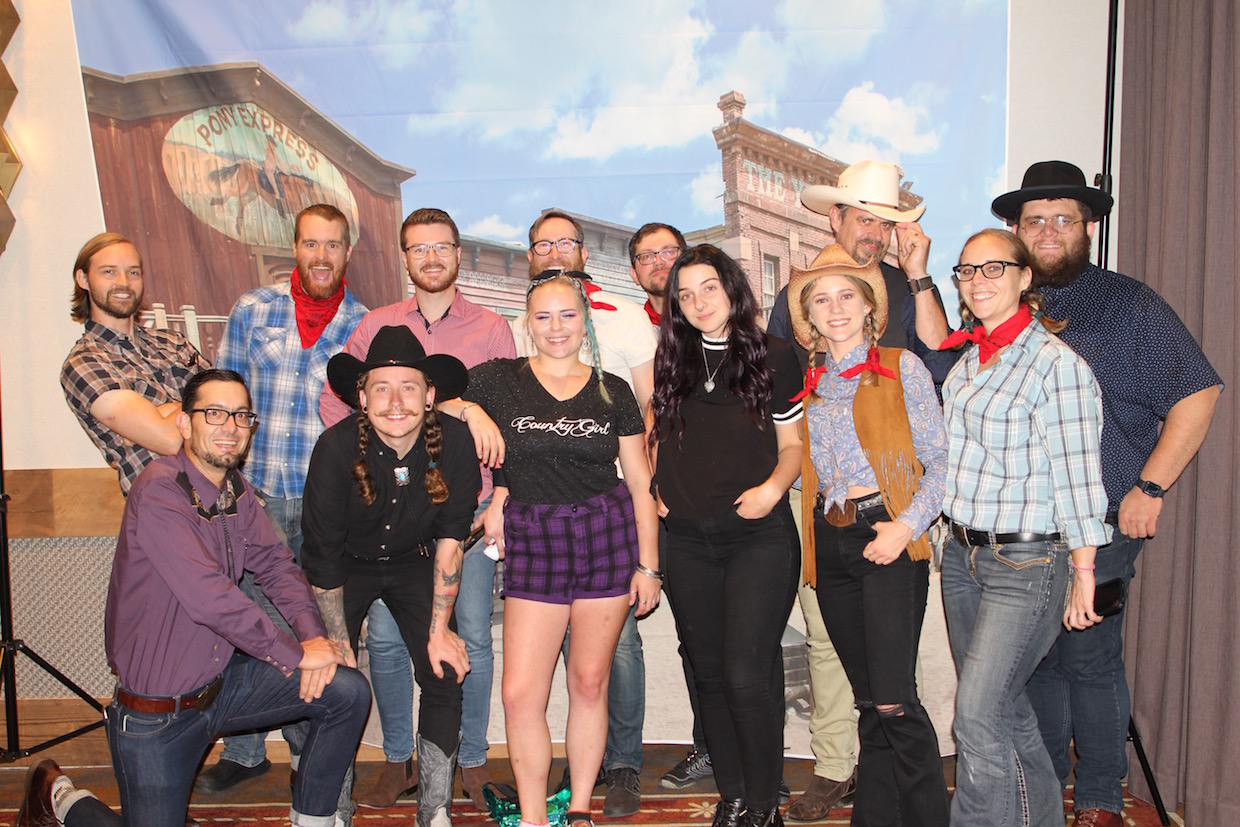 The fifth annual Golden Bean North America coffee roasting competition and conference wrapped up earlier this month in Nashville, Tennessee, marking the first time in its United States tenure that the Aussie-born event has taken place outside of Portland, Oregon.

Some 450 roasting companies from across the U.S. and Canada submitted roughly 1,300 coffees to be judged in the categories of espresso, latte, drip and the new category of espresso-by-superautomatic. Coffees were further subcategorized as blends, single-origin coffees, decaf and North America-grown, and the competing companies were further separated by size. 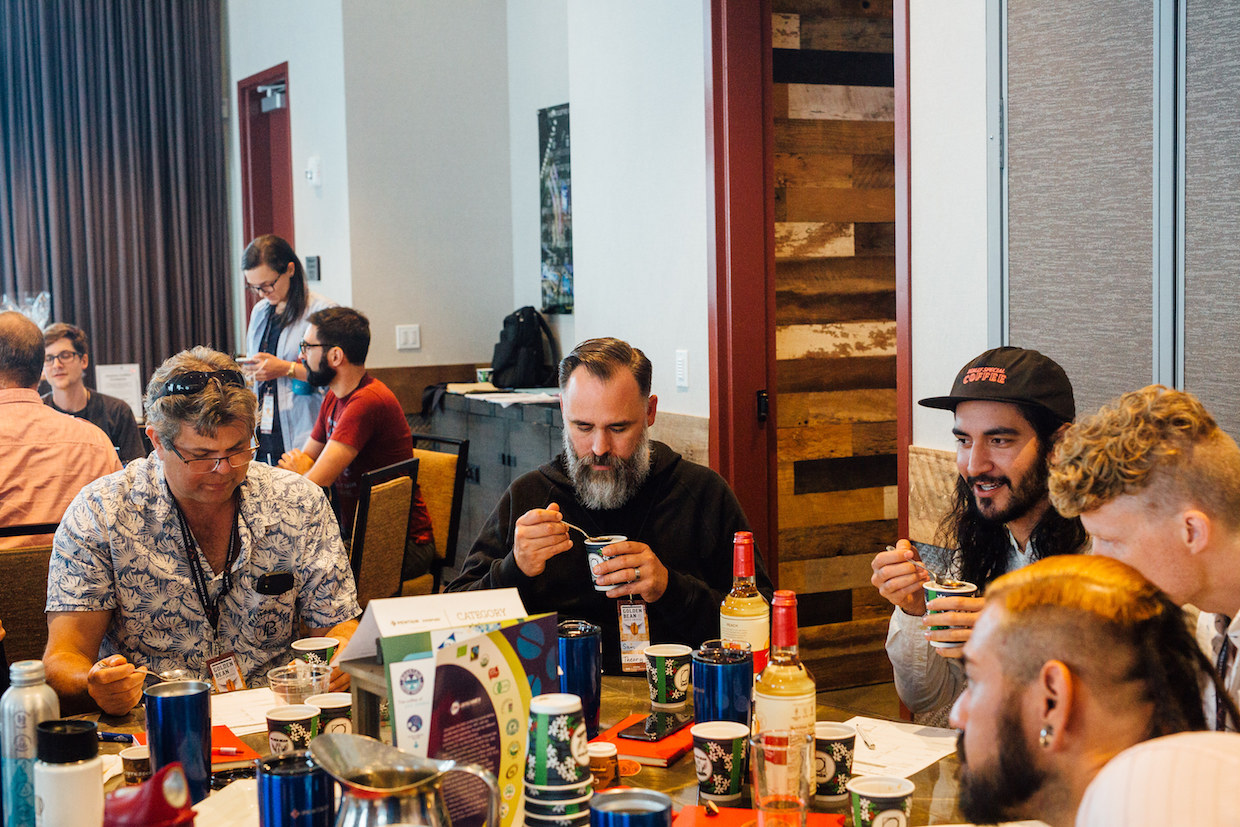 Medals, trophies and honors were bestowed in the midst of a country/western-themed party, where dueling emcees Steve Foye, of Australian company Peak Coffee, and Jen Hurd, of importer Genuine Origin, kicked things off with a rousing rendition of the early 80s country-pop chart-topper “Islands in the Stream,” originally performed by Kenny Rogers and Dolly Parton.

Ohio-based Crimson Cup Coffee was the top winner across all brewing categories among small franchise entrants. Canadian company Canterbury Coffee took top honors from among large franchises for the second year in a row. And the overall winner of the Golden Bean contest this year was Tennessee’s own Bonlife Coffee Roasters. 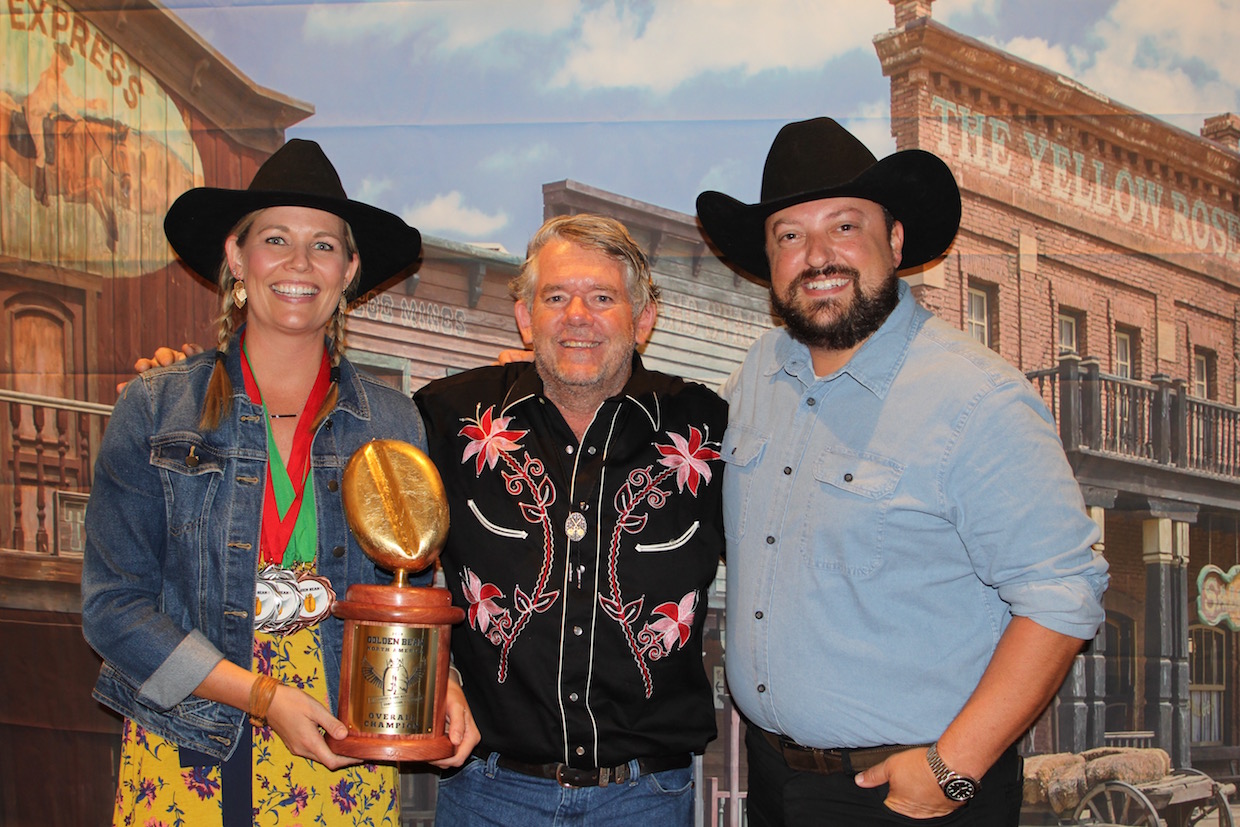 The traditional gilded bean trophy — handmade by tamper craftsman Reg Barber, who was also the recipient of this year’s Hall of Fame honor — was handed to Bonlife’s Jeremy and Erica Moore at the awards ceremony at the Cambria Hotel in downtown Nashville, where over 200 attendees passed through over the course of four days.

“We decided this year to move the event to give new roasters access to the competition,” GBNA Head Bean Sean Edwards said in an announcement after the competition. “It was a great decision, as the support this year for the Golden Bean was incredible with big numbers of roasters attending. The Nashville coffee scene opened their arms to us and fully supported the event by attending, hosting and entering their coffees.” 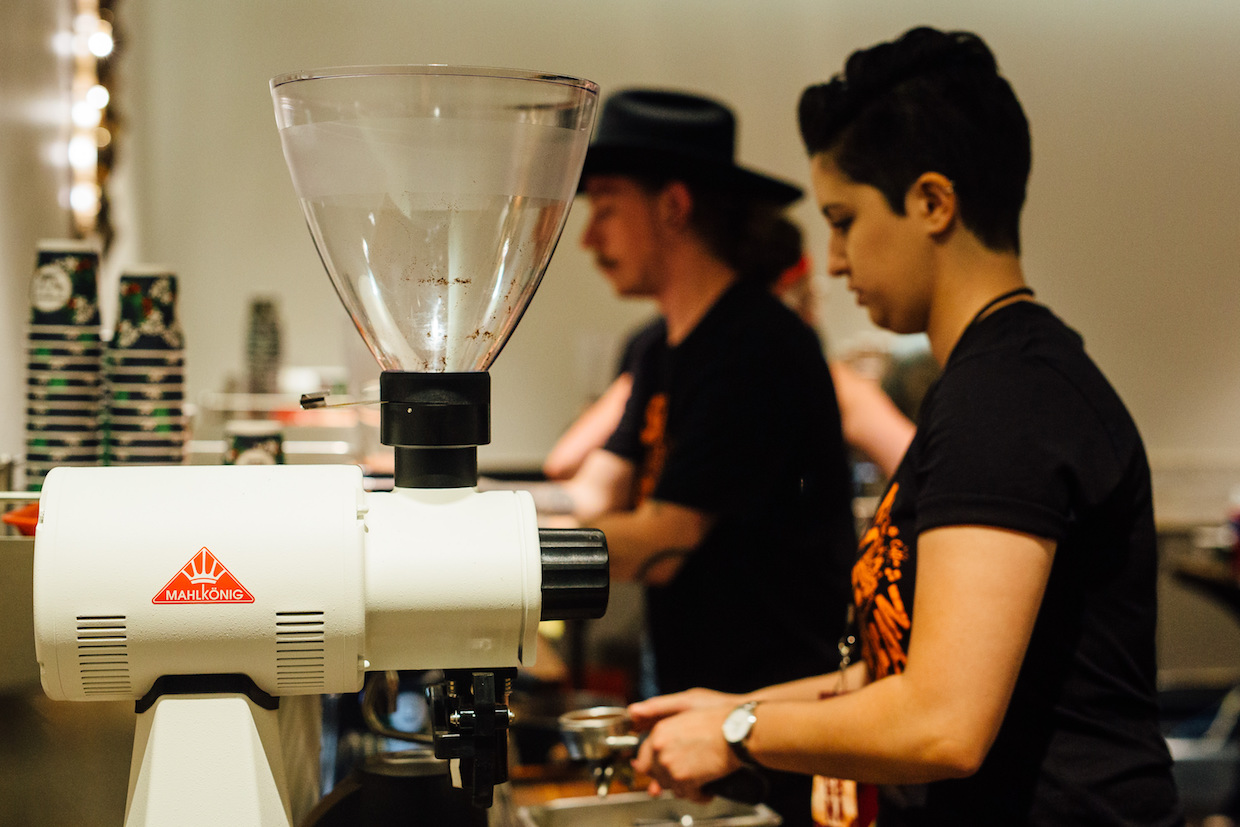 Edwards also expressed thanks to Stay Golden Coffee Roasters, who provided space for administration and receiving submissions for the competition. Equipment used for brewing the submissions this year included Rancilio Specialty RS1 espresso machines, Optipure water filtration, Puqpress tampers and Mahlkönig EK43 grinders. For the 450 submissions in the drip/pourover category, another fleet of Behmor Brazen brewers was assembled.

“A major feature of the event was the access to high-end equipment that was used during the judging phase of the competition,” said Edwards. “The success of the event would have not been possible without the support of our machine sponsors, and the high number of volunteers behind the scenes brewing the coffees.” 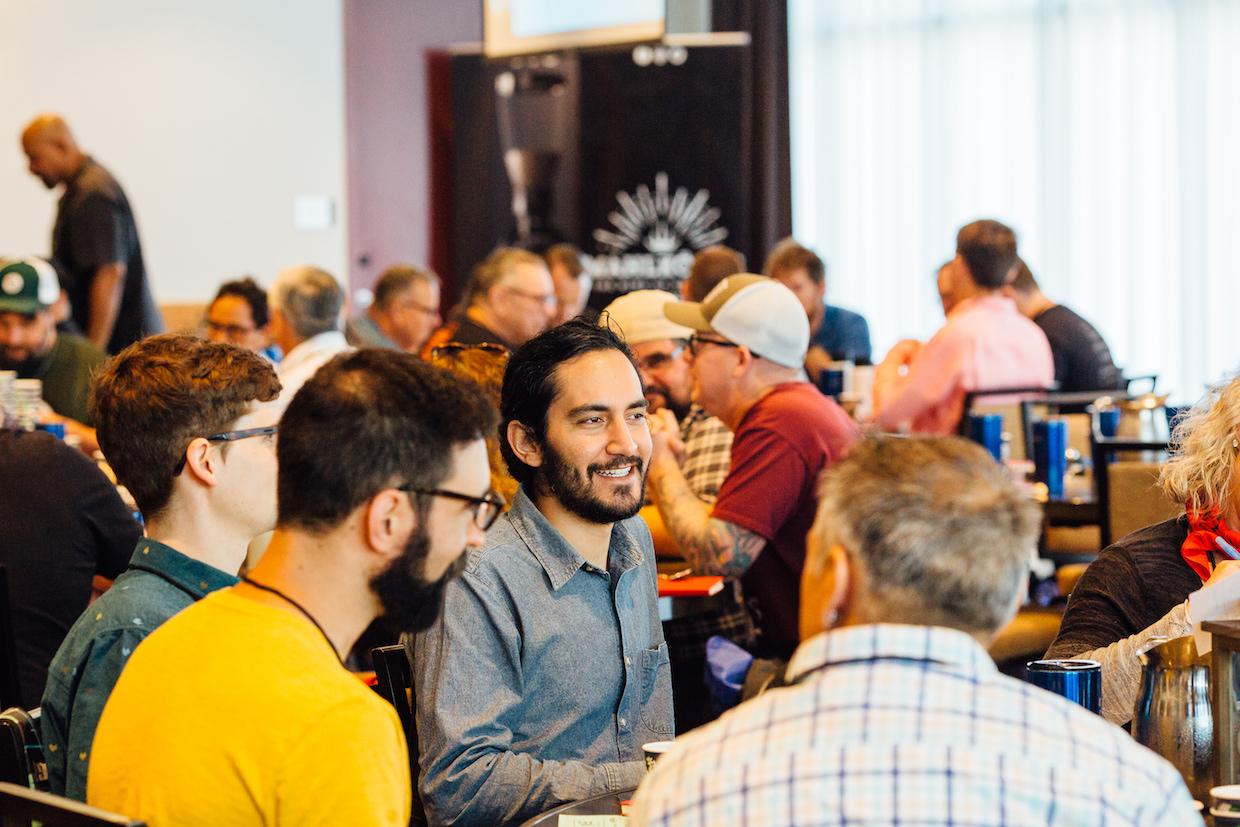 Other highlights of the event included educational lectures and presentations on a range of topics, including new grinder technology, strategies for growing a wholesale business, the development of China’s Yunnan Province as a green coffee origin, and more. At this year’s Green Bean Zone cupping and purchasing event, 10 different green coffee importers and suppliers showcased their products and connect with buyers and roasters.

Following the Green Bean Zone this year was also a good-natured hour-long Cafe Creations Global Barista Challenge that pitted a North American team against an Australian team. The competition doubled as a showcase for new dairy and plant-based milk products by Cafe Creations. 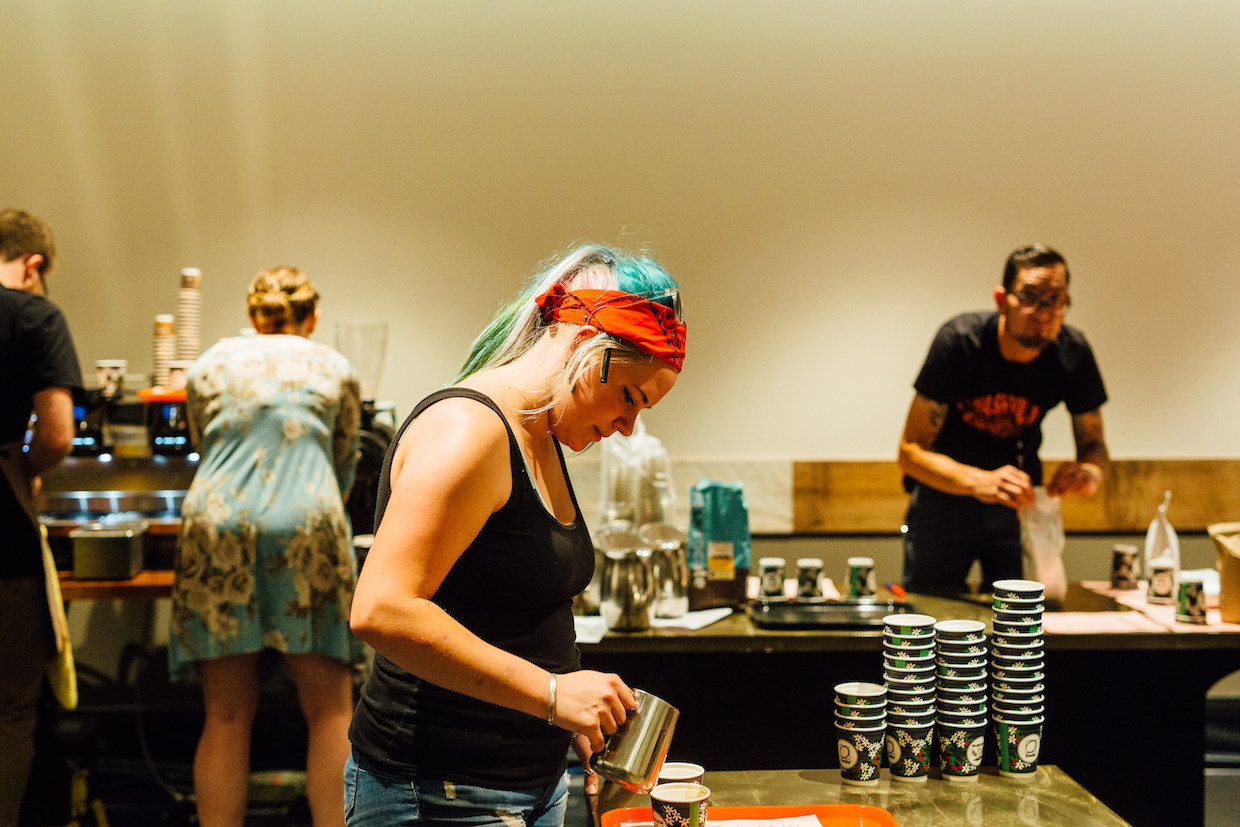 “This competition was previously ran in Australia, at the Melbourne Grand Prix in March,” said Edwards. “Unfortunately, the North American team was defeated by the strong attending Aussie team.” 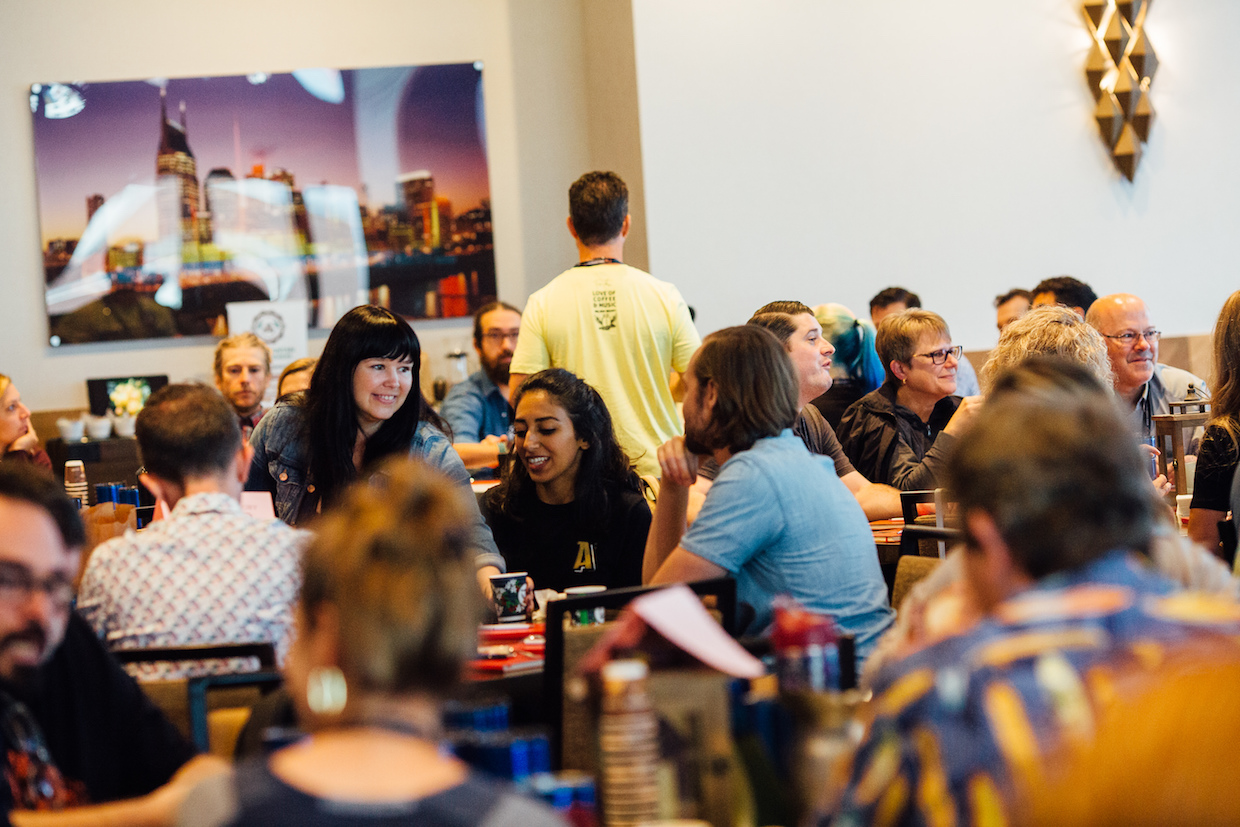