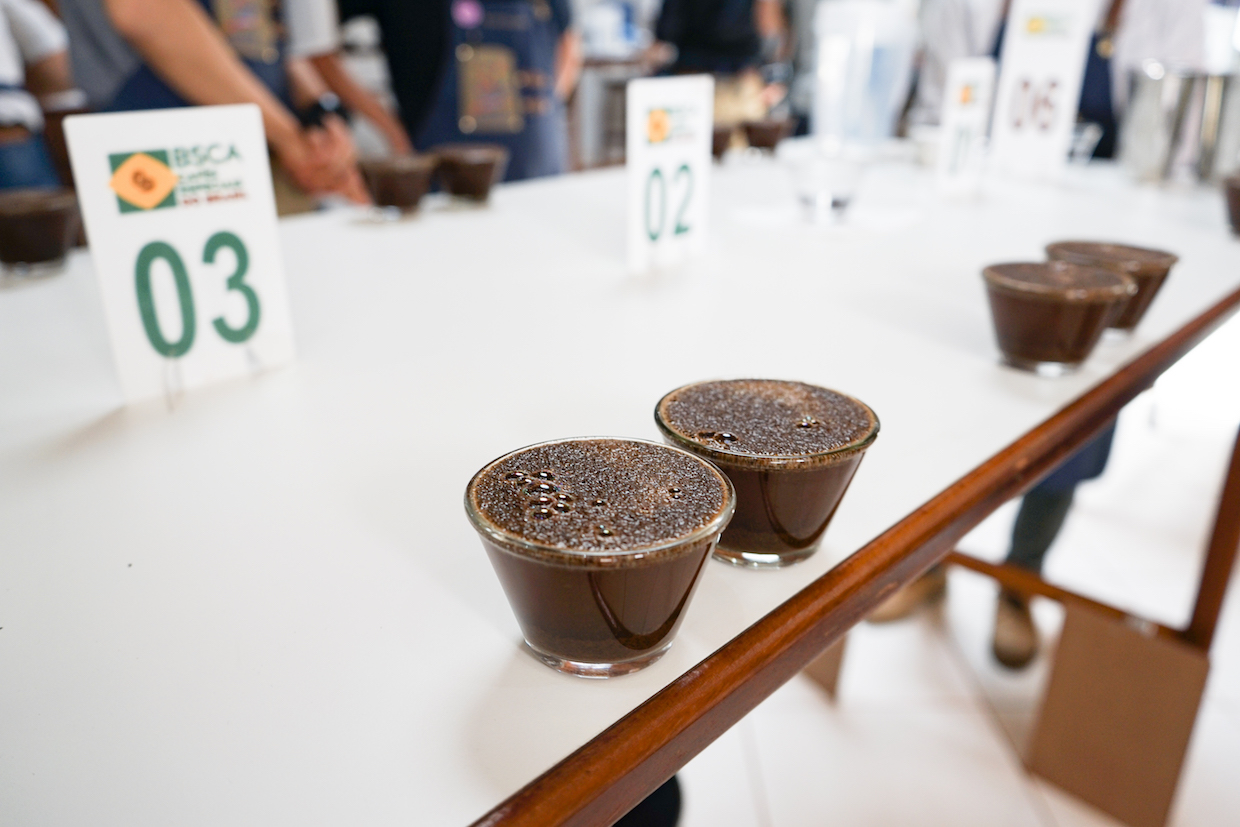 Returning the event to the city of its birth, the weeklong program combined this year’s competition with a number of additional events to celebrate two decades of progress in recognizing and rewarding farmers for their achievements in quality while connecting them directly to specialty coffee buyers. 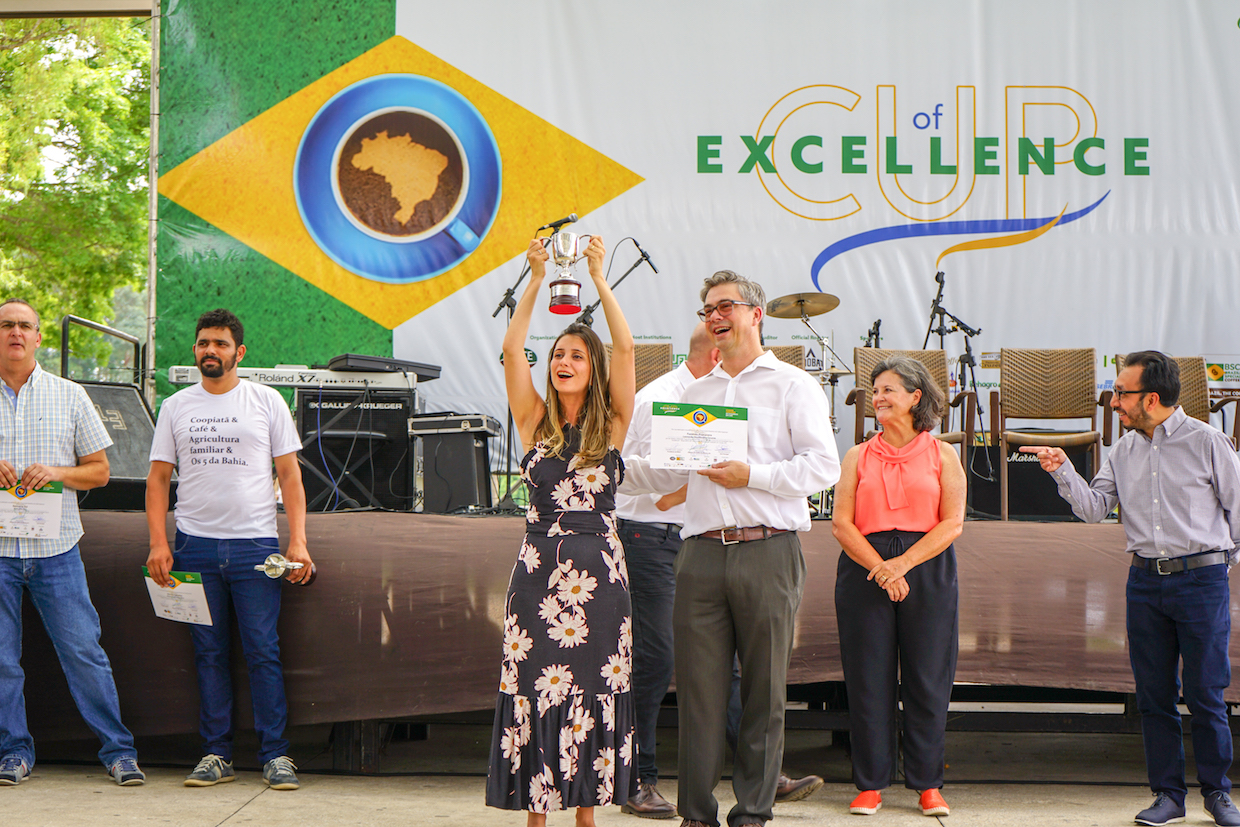 “This historic event was a love letter to our 20 years of curating the Cup of Excellence,” Darrin Daniel, executive director of Alliance for Coffee Excellence, the contest’s organizational body, told Daily Coffee News. “With the full support of SanCoffee, BSCA [Brazil Specialty Coffee Association] and UFLA [Federal University of Lavras] we were able to bring many important, founding partners to Lavras to cup these amazing coffees. This jury was the most experienced jury in our 20-year history, with over 225 juries attended by the various countries represented.”

The international jury of cuppers that convened this year was a mix of old and new faces, including several that were present for the original competition in 1999. The steadily evolving contest also differed this year from years past in that only one submission per farm was allowed, and rather than run separate competitions for pulped natural and natural coffees, all competed together, with coffees of varying processing methods cupped side by side on the same tables. 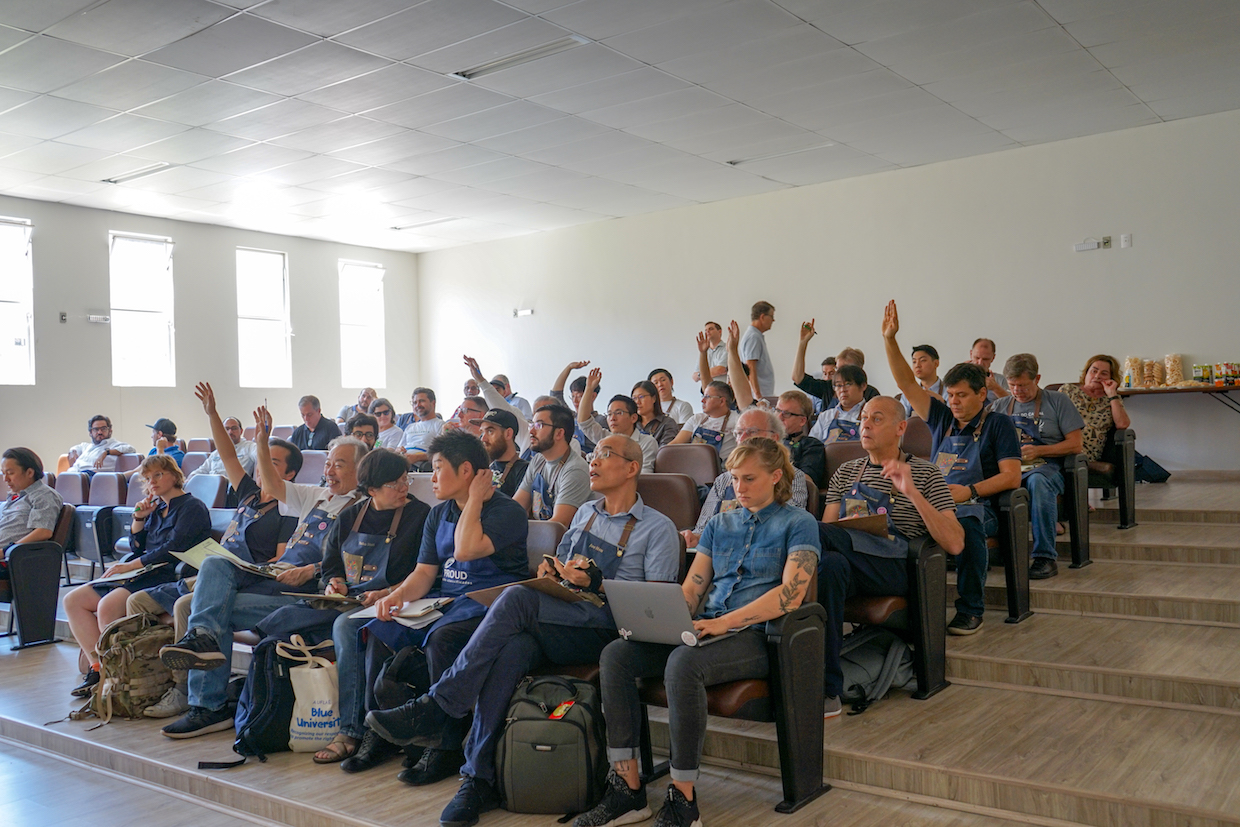 Judges confer and tally their scores after cuppings at the 2019 Brazil Cup of Excellence. Daily Coffee News photo by Howard Bryman.

As a result, the Brazil CoE winning lots represented a diverse range of varieties and processing techniques. Of the top five coffees this year, all of which scored over 90 points, there were two natural-anaerobic-process coffees, two pulped-natural-process coffees and one natural-process coffee. With a combined average score of 92.23, the natural-process coffee was the winner. It was Yellow Catuaí grown by producer and 2019 Brazil Cup Tasters Champion André Aguila, on his farm Fazenda Paie Filho in Brazil’s Sul de Minas region.

The winning coffee was picked early in the harvest in June, the same month that Aguila represented his homeland in the 2019 World Cup Tasters Championship in Berlin, Germany. It was then dried on a patio under shade cloth for 14 days to 14.5% moisture content, left to stabilize for two months in a 1-ton GrainPro sack, then returned to the patio for one more day to dry down to 10.5% moisture content. 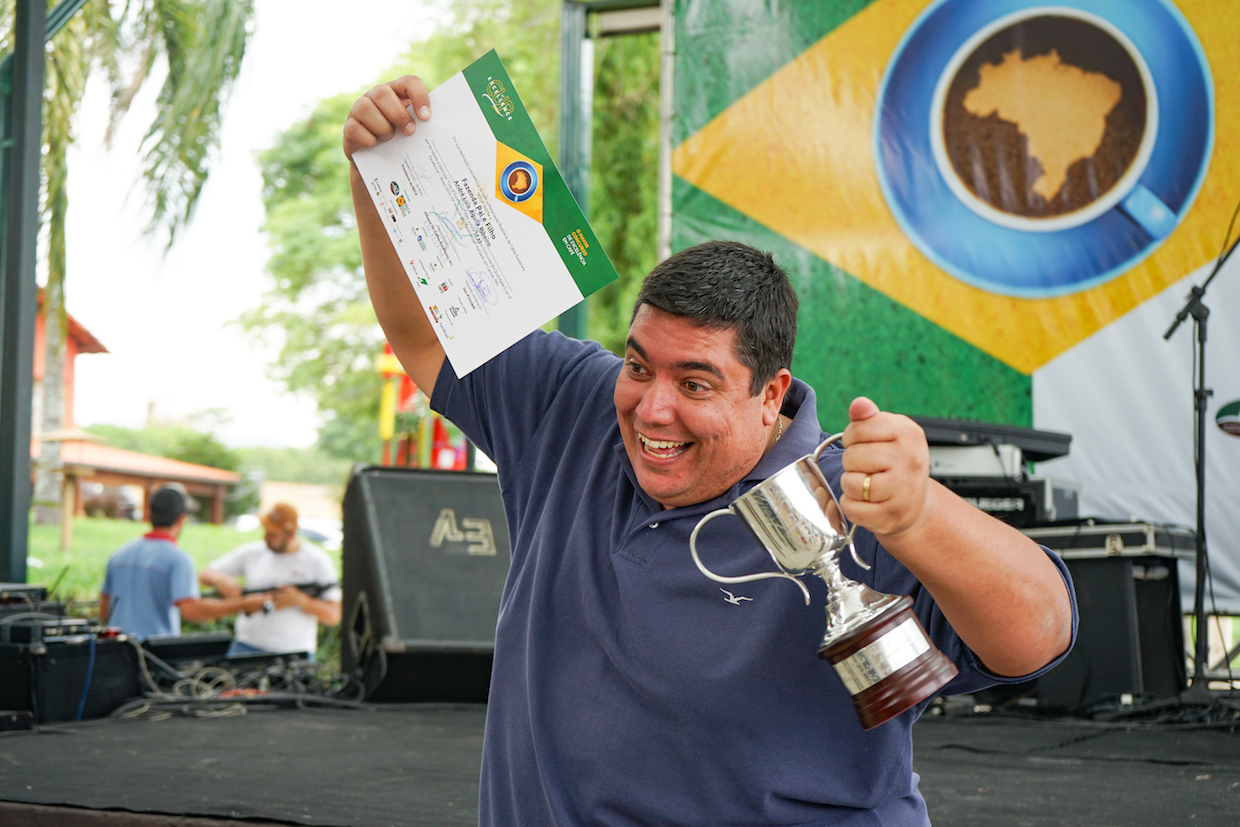 Daniel described Aguila’s Yellow Catuaí as somewhat of an underdog victory, considering there were so many experienced Brazil COE-winning farms participating this year.

“André operates a fairly small farm in Sul de Minas,” Daniel said. “With the proliferation of anaerobic processing on the rise and the use of gesha as a varietal, his winning with a traditional natural Yellow Catuaí was a great surprise.”

Silvio Leite, ACE head judge from Brazil and former president of the BSCA, scored this coffee a perfect 100. Proud Mary Coffee Founder and Owner Nolan Hirte, who was among three judges that gave it a score of 97, said it was the sweetest and most elegant coffee he has ever experienced.

“Like the sweetest white nectarine, the kind that drips juice right down your arm when you try to eat it; that ripe, that juicy, that sweet,” Hirte said in a CoE attendee message group. “Every time I had a sip of this coffee I was hit with a wave of emotion. It was so beautiful I began to well up and started to cry.” 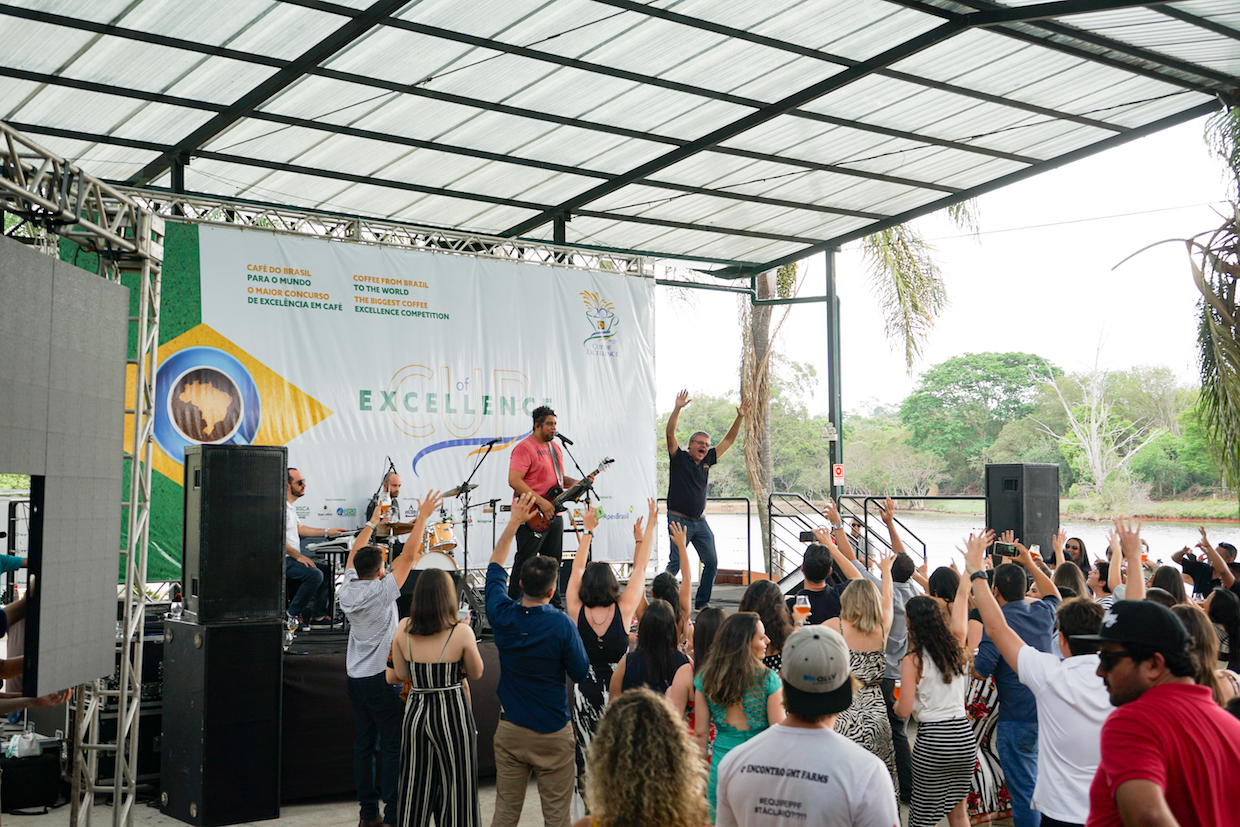 The Aguila family had its own additional reasons for tears of joy throughout the week. Prior to accepting his own trophy and certificate, Aguila had already approached the stage once on Saturday to accept the certificate on behalf of his wife, Lilian Carrijo, whose farm Fazenda Aterradinho landed in 10th place with a natural process Catucaí 2Sl that scored 88.61. She couldn’t be there to receive it herself because on Friday, she gave birth to their daughter, Helena.

The auction of winning coffees from the 2019 Brazil CoE will be conducted November 26. The Brazil National Winner auction will occur November 25–29.

Surrounding the competition, additional days in and around Lavras were filled with activities facilitated by host institutions SanCoffee and the UFLA. 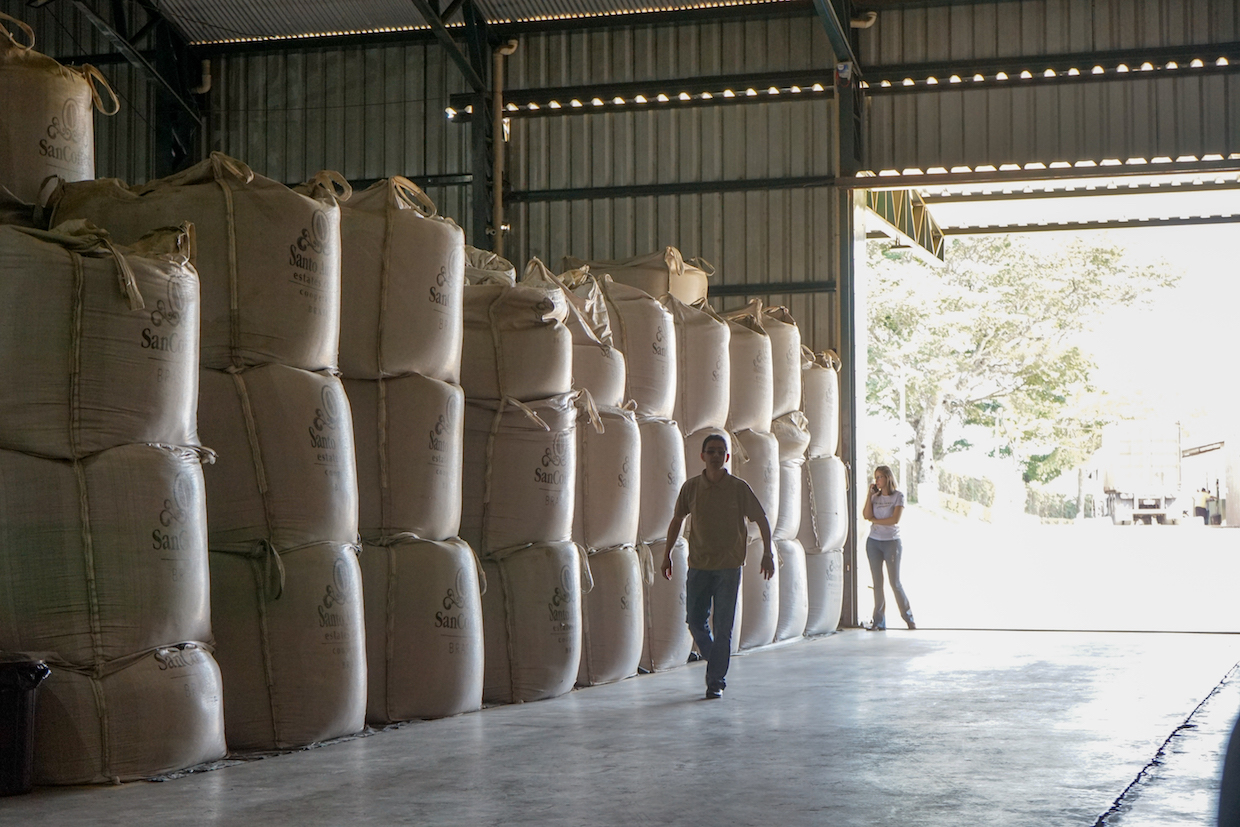 A cooperative warehouse, mill and export company SanCoffee brought the attending jurors and journalists on tours of its warehouse and mill, multiple nearby farms, and a presentation of the effort currently underway to establish an official protected geographical indication (GI) for the Campo das Vertentes region of Minas Gerais.

UFLA, which has focused on agricultural science and technology since its foundation in 1908, is today one of the world’s leading institutions in the study of coffee cultivation and processing. It is the home university of renown coffee researcher Dr. Flavio M. Borém, who heads coffee post harvest and quality studies at UFLA, which publishes the quarterly journal Coffee Science. Students can pursue coffee studies through any department at UFLA, including economics, food engineering, agronomy, physiology, agricultural mechanization and more. 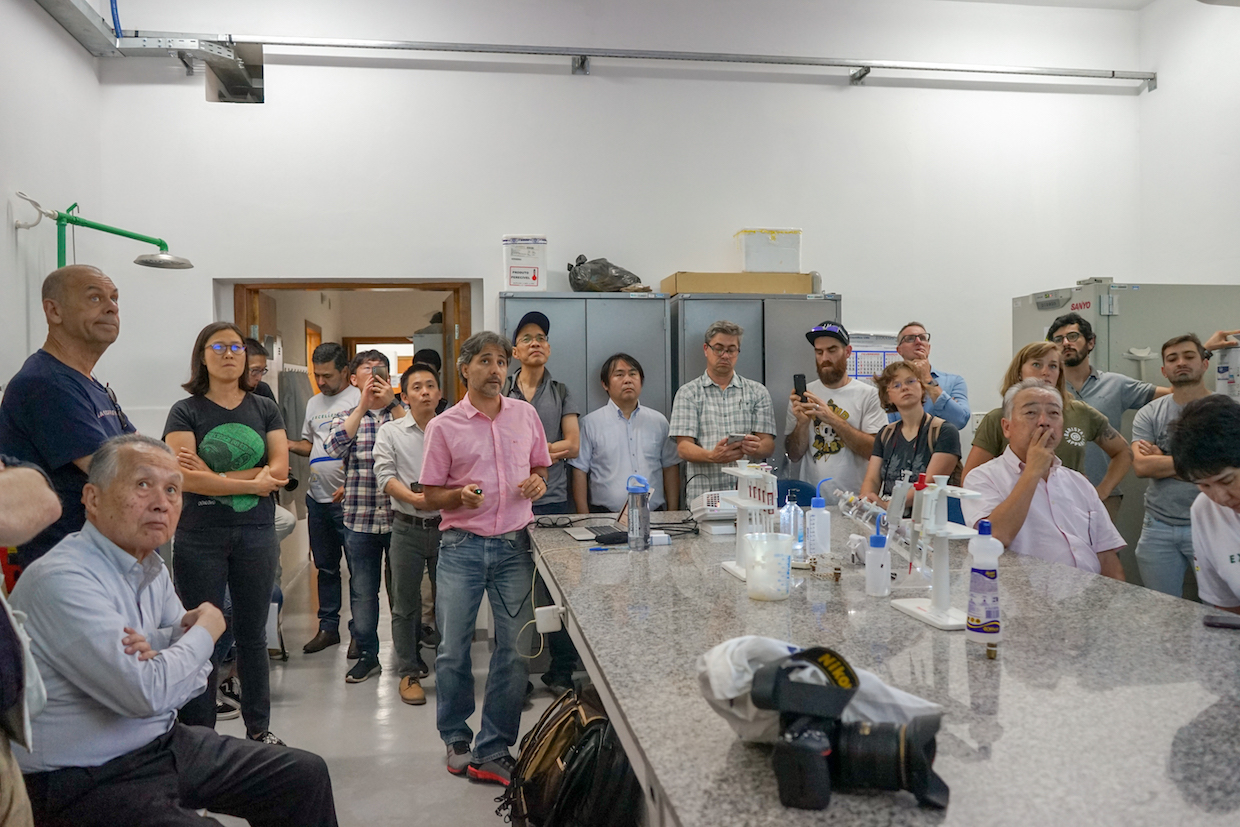 New research presented to Cup of Excellence attendees by UFLA scientists included a study on what triggers and how to control coffee flowering; Dr. Borém’s recent research on a new — as yet undisclosed — processing technique that can significantly raise the cup quality of harvests that include as much as 30% unripe cherries; and the identification of specific strains of yeast with which to inoculate coffee during fermentation that yield specific positive attributes in the cup.

Yeast inoculation remains a somewhat controversial line of research in that it presents a sort of manipulation some might consider a step too far from how a coffee evolves in its natural environment. 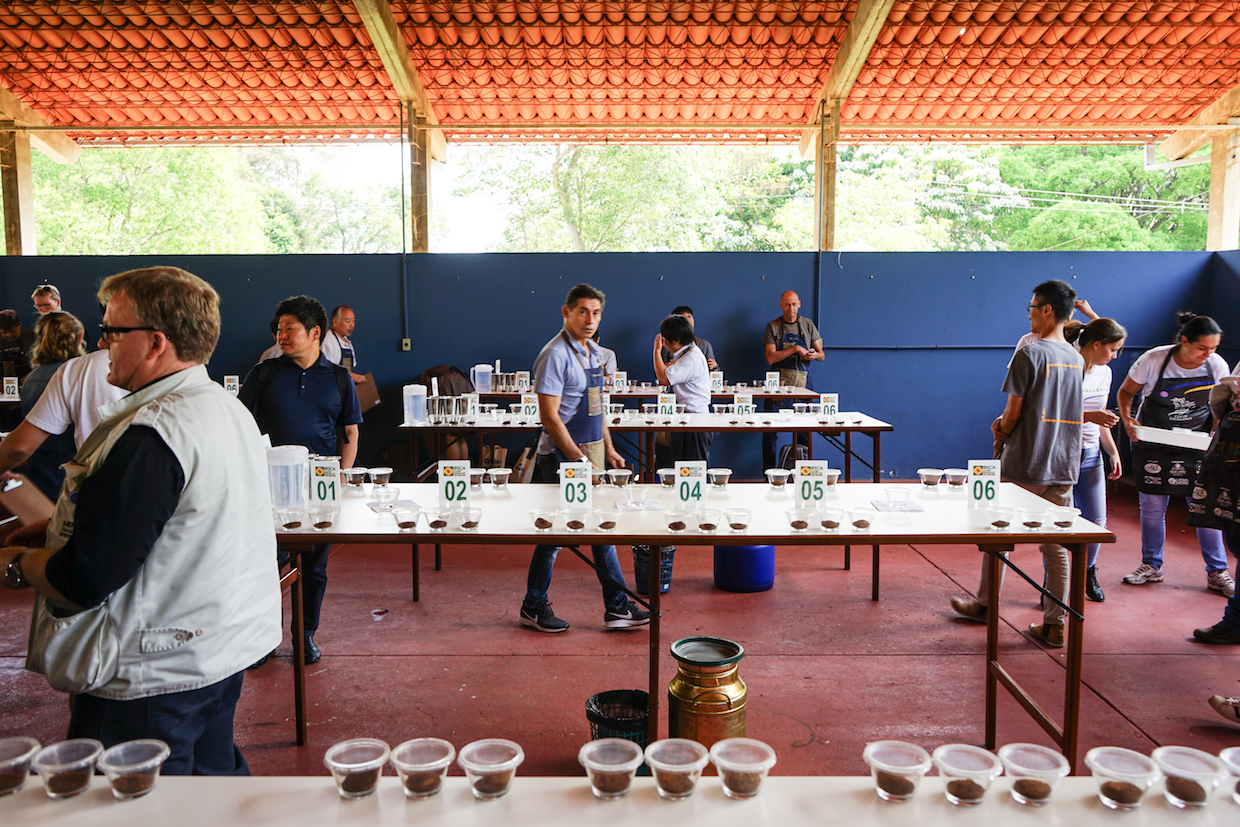 “We are adamant about the purity of the competition and that the submitted lots should be free of any adulteration or alteration with outside ingredients,” said Daniel. “We support experimentation, but we liken it to the natural wine movement, and we continue to analyze topics such as anaerobic fermentation and yeast inoculation.” 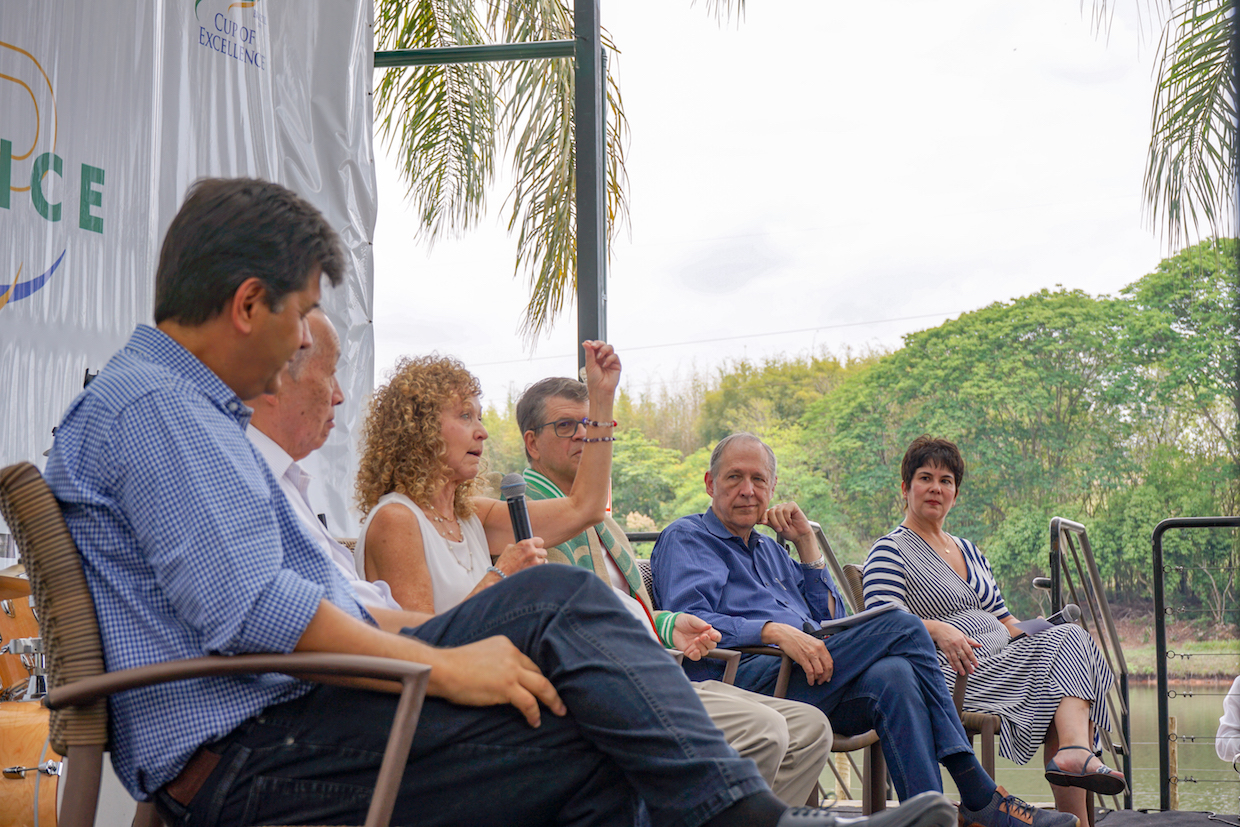 “From the beginning, nobody really knew what to do with this program,” Spindler told Daily Coffee News earlier in the week, adding that it was the auction that really made the difference in connecting growers directly to buyers, resulting in higher price premiums not only for the prize-winning coffees but for desirable small lots across the board. “That’s where this huge explosion has been, where there actually is a direct and an indirect benefit from Cup of Excellence, by building these relationships. Some of them have become almost like family members, where they develop these very personal relationships. That never happened before.”

Nogueira told Daily Coffee News that with another successful competition now complete and heading towards the auction, the sense of satisfaction is profound.

“It’s a feeling of duty accomplished,” said Nogueira. “All the producers and their coffees were very well respected, and for me to realize that our producers have been doing their job very consistently, and we had the opportunity to show this to the world — it’s something that has no price.”

Coffee producers had a chance to cup their own and other competitors’ blindly at 2019 Brazil Cup of Excellence. Daily Coffee News photo by Howard Bryman.