Nearly Four of Every Five US Coffee Shops are Now Starbucks, Dunkin’ or JAB Brands 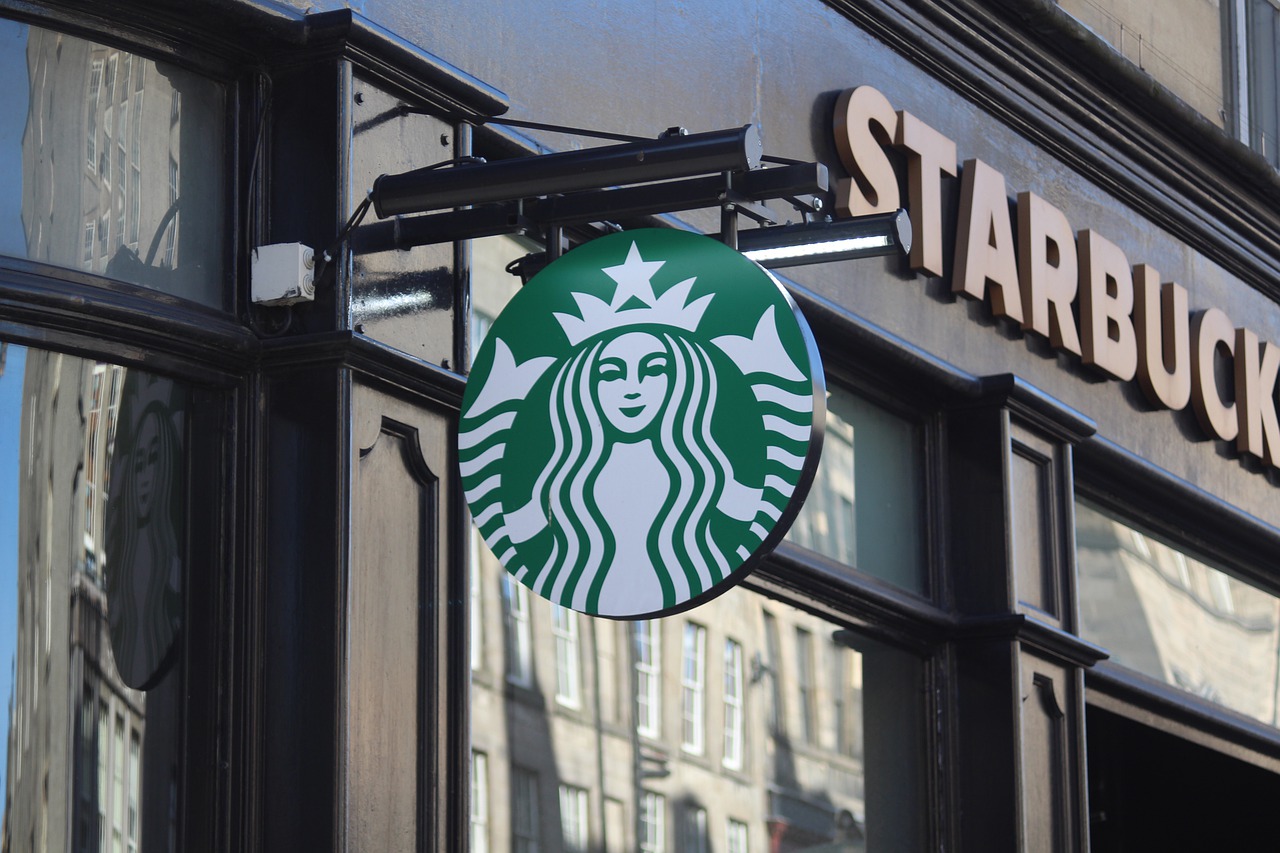 Despite market reports year after year after year suggesting that the higher-end specialty coffee segment has the most opportunity for growth and increased market share in the United States, the U.S. coffee landscape is actually being increasingly overrun by large chains.

Perhaps the report’s most shocking finding is that Starbucks and Dunkin’ accounted for 80% of the new store openings in the U.S. over the past year.

World Coffee Portal conducted 5,000 surveys with U.S. consumers, and more than 100 interviews, consultations and surveys with coffee industry leaders to compile the report. [Disclosure: A representative of Daily Coffee News took part in one of these surveys.]

In addition to the 3.3% outlet growth, total sales growth was clocked at 4.3%. Chains represented the largest growing segment, with 3.9% more shops over the past year. Starbucks maintains a whopping 40% share of the U.S. coffee shop market, with 14,875 stores and a net increase of 585 stores. 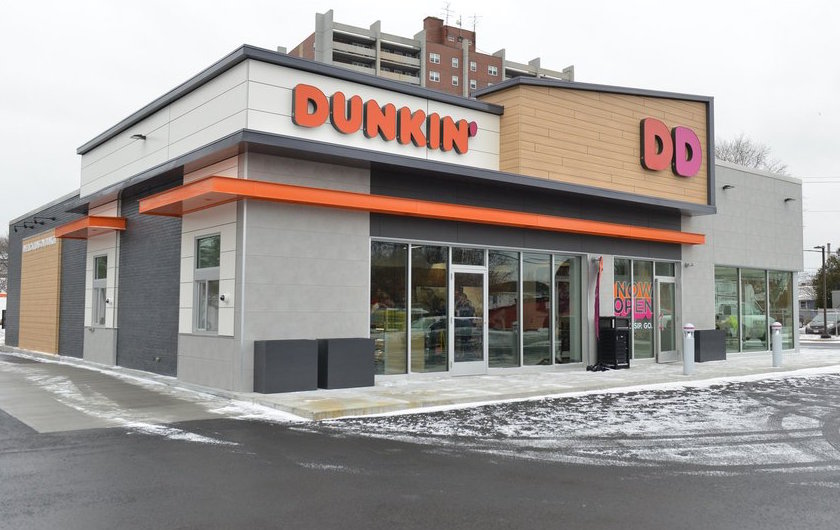 A Dunkin’ store in Quincy, Massachusetts. File photo. Dunkin’ now maintains a 26% share of the U.S. coffee shop market, according to the 2020 report.

With 9,570 stores, including 309 new stores (net) over the past 12 months, Dunkin’ maintains its place as the second largest chain, representing a 26% market share. JAB Holding-owned brands — the largest of which in the U.S. are Panera, Peet’s and Caribou — now operate more than 4,700 U.S. coffee-focused shops. 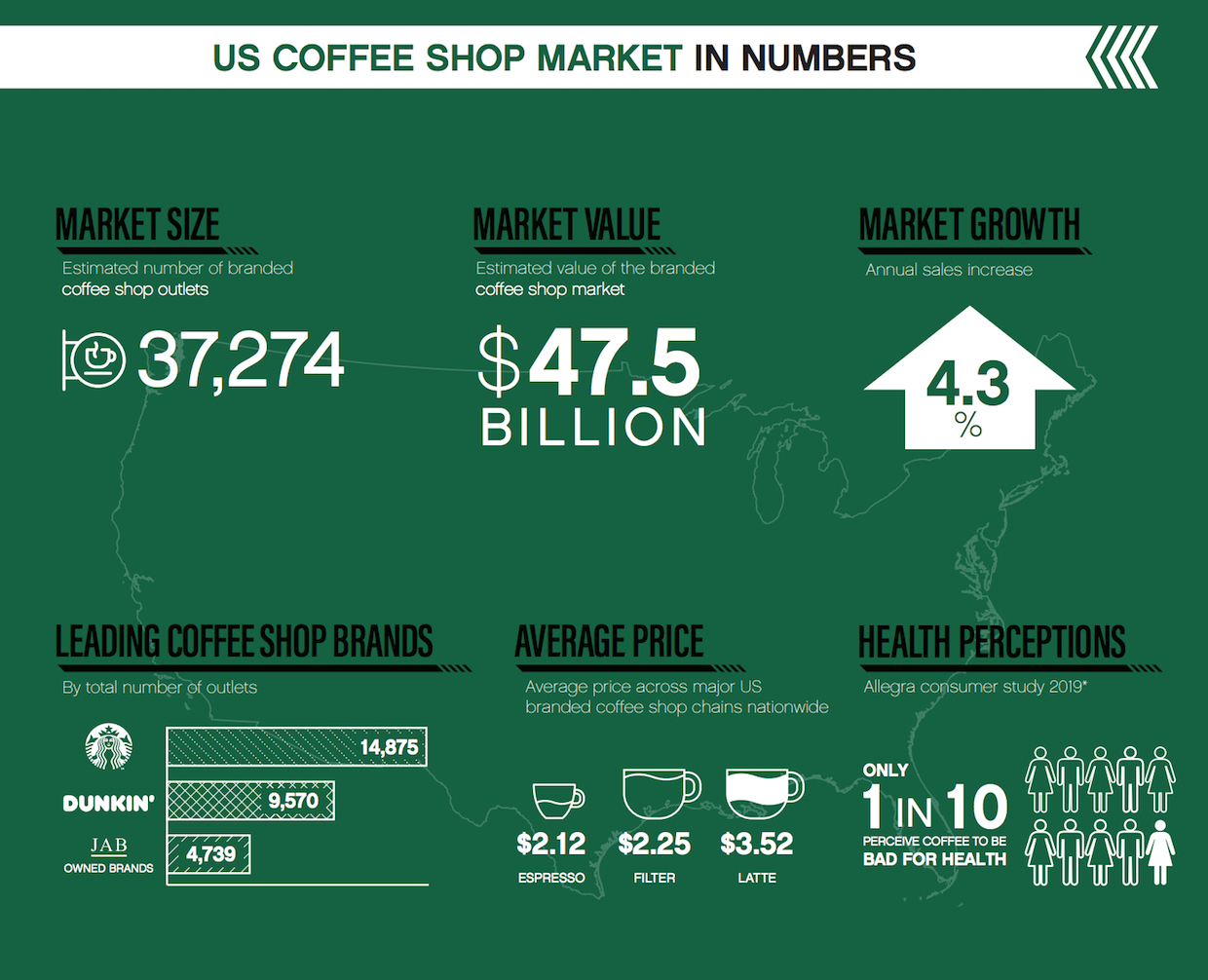 “Growth will be concentrated among the largest chains and most successful boutique 5th Wave operators,” the group said, referring to its own categorizations of coffee shop types. “However, the possibility of a wider economic downturn poses a threat across the entire segment, particularly those chains that fail to differentiate themselves amid intense market competition and rising property costs.”

It is very good