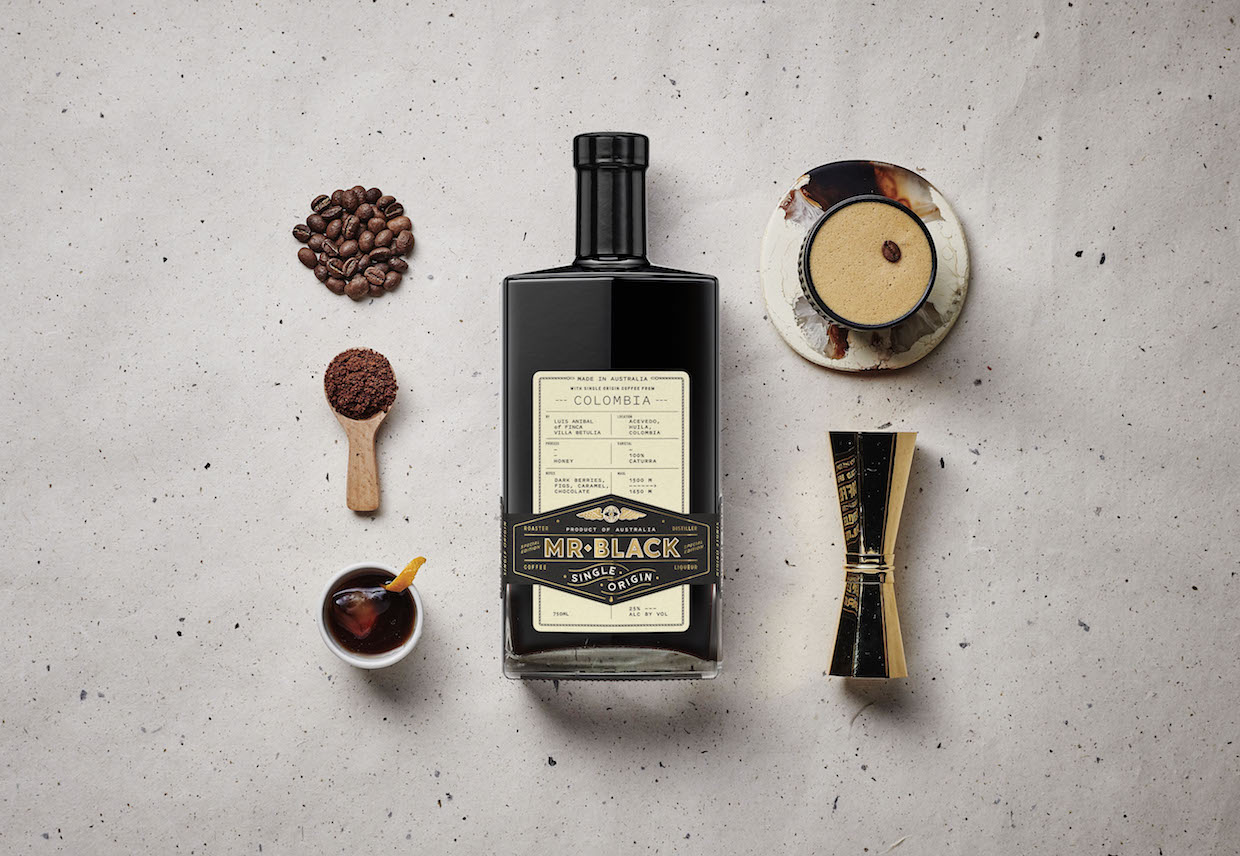 Mr Black is single and ready to mingle. That is, the Mr Black Spirits company has rolled out the first bottles in its new, single-origin coffee liqueur line.

The first expression of the Mr Black Single Origin series, available now through a bottling of 6,000, focuses on a honey-process coffee grown by Luis Aníbal Calderón on Finca Villa Betulia near Hulia, Colombia. The product is described as offering distinctly lighter and fruitier characteristics than the more chocolaty, caramel and citrus-noted traditional Mr Black Cold Brew Coffee Liqueur.

The original is based on a blend that shifts with the seasons but often includes beans from Colombia, Papua New Guinea and Kenya. The Finca Villa Betulia bean is used by Mr Black exclusively in its Single Origin product. 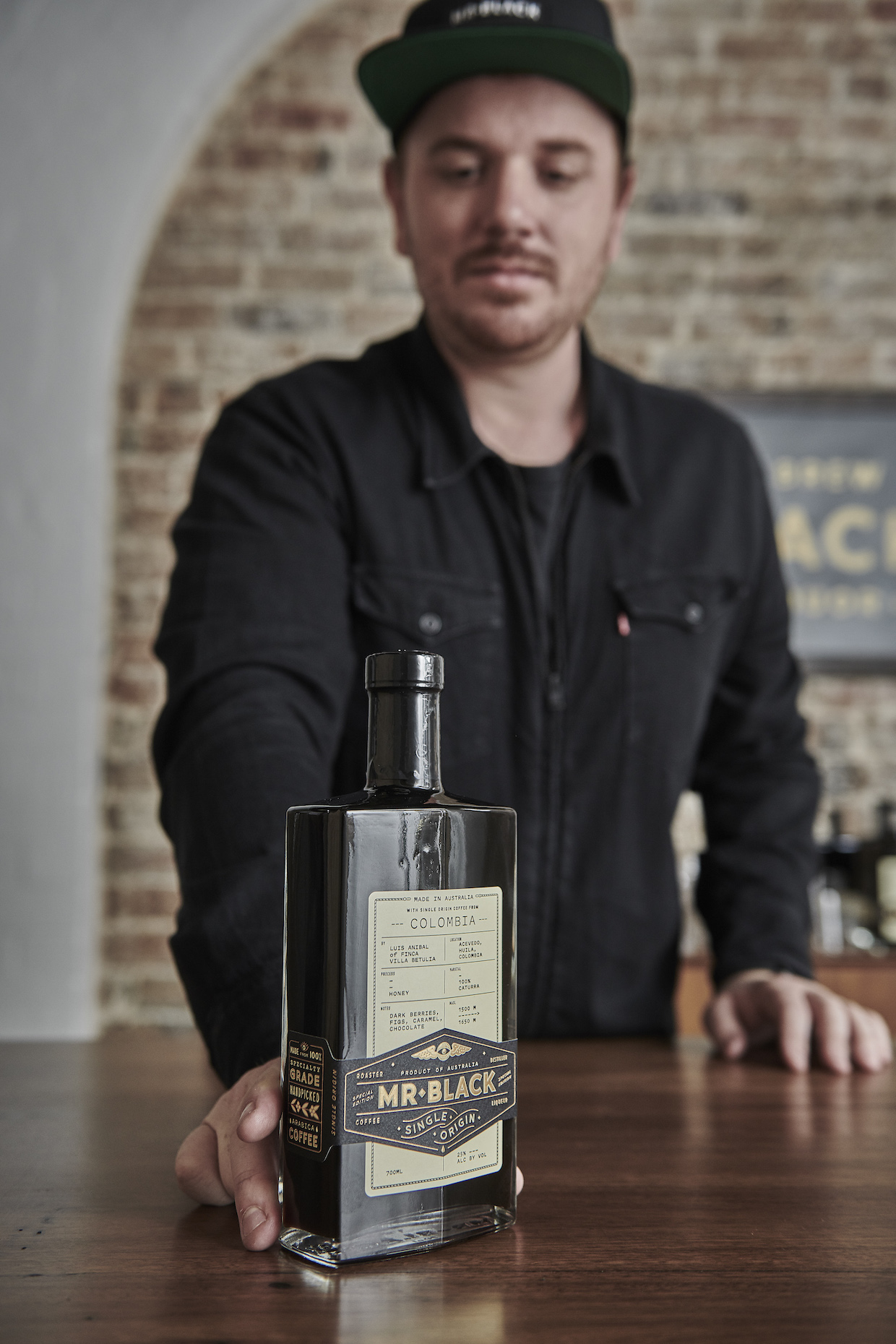 All Mr Black coffee liqueur products are pure and simple concoctions of cold-brewed specialty coffee, Australian wheat vodka, and sugar, blended to result in a smooth, coffee-forward beverage containing 25% ABV. The company says its products contain half as much sugar and ten times more actual coffee than competing coffee liqueurs, most of which Baker said use very little coffee at all and very few of which use actual brewed coffee, relying instead on industrial extracts or artificial flavorings.

“This is what makes Mr Black fundamentally different to other coffee liqueurs,” said Baker. “We start by making a high-concentrate cold brew, and use that as the base for the liqueur.” 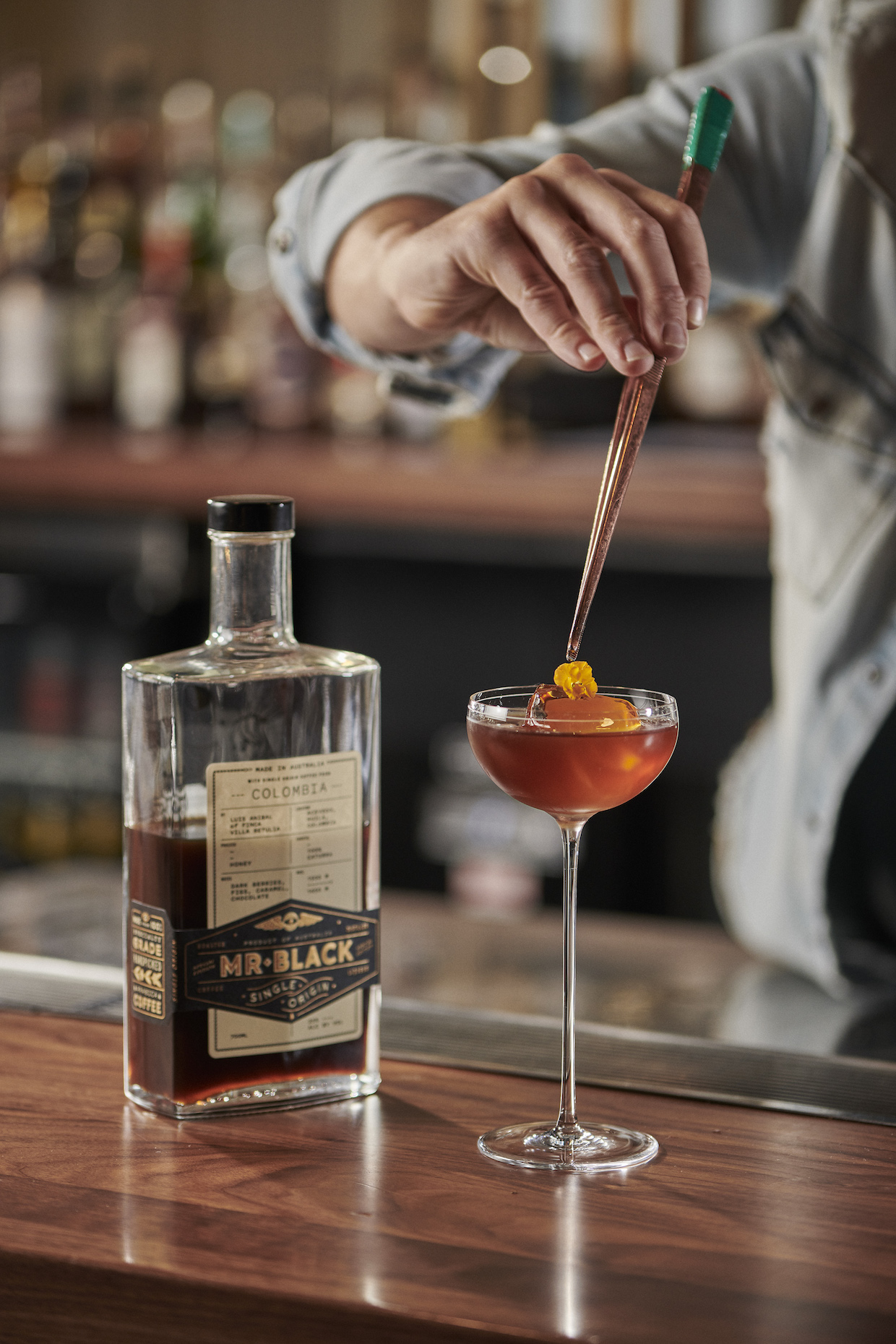 Sugar is added for mouthfeel and body, although because of the qualities of the coffee and the vodka, they can get away with using significantly less than is found in other liqueurs, according to Baker.

Mr Black maintains this level of quality with roasting, distilling, cold-brewing, blending and bottling all under one roof in a 4,000-square-foot facility in Sydney, Australia. Roasting occurs on a 15-kilo IMF roaster. Baker founded the company five years ago following a career in product design elsewhere in the beverage, liquor and coffee space, working on projects for clients such as Air Asia, Douwe Egberts and Sara Lee in Australia.

The company has released previous single-origin coffee liqueur products through collaborations with the Aussie roaster Campos Coffee, although the current Colombia release is the first in Mr Black’s new house-roasted Single Origin line.

“The growth has really been explosive in Australia and the U.S., so we’ve spent our efforts scaling production,” said Baker. “For us, it’s not as simple as making larger batches. There comes a point where you reach the practical limits of existing equipment and there aren’t larger sizes of that equipment available. We’ve recently commissioned equipment allowing us to five-fold production, and that’s been the focus of our efforts for the last two years.” 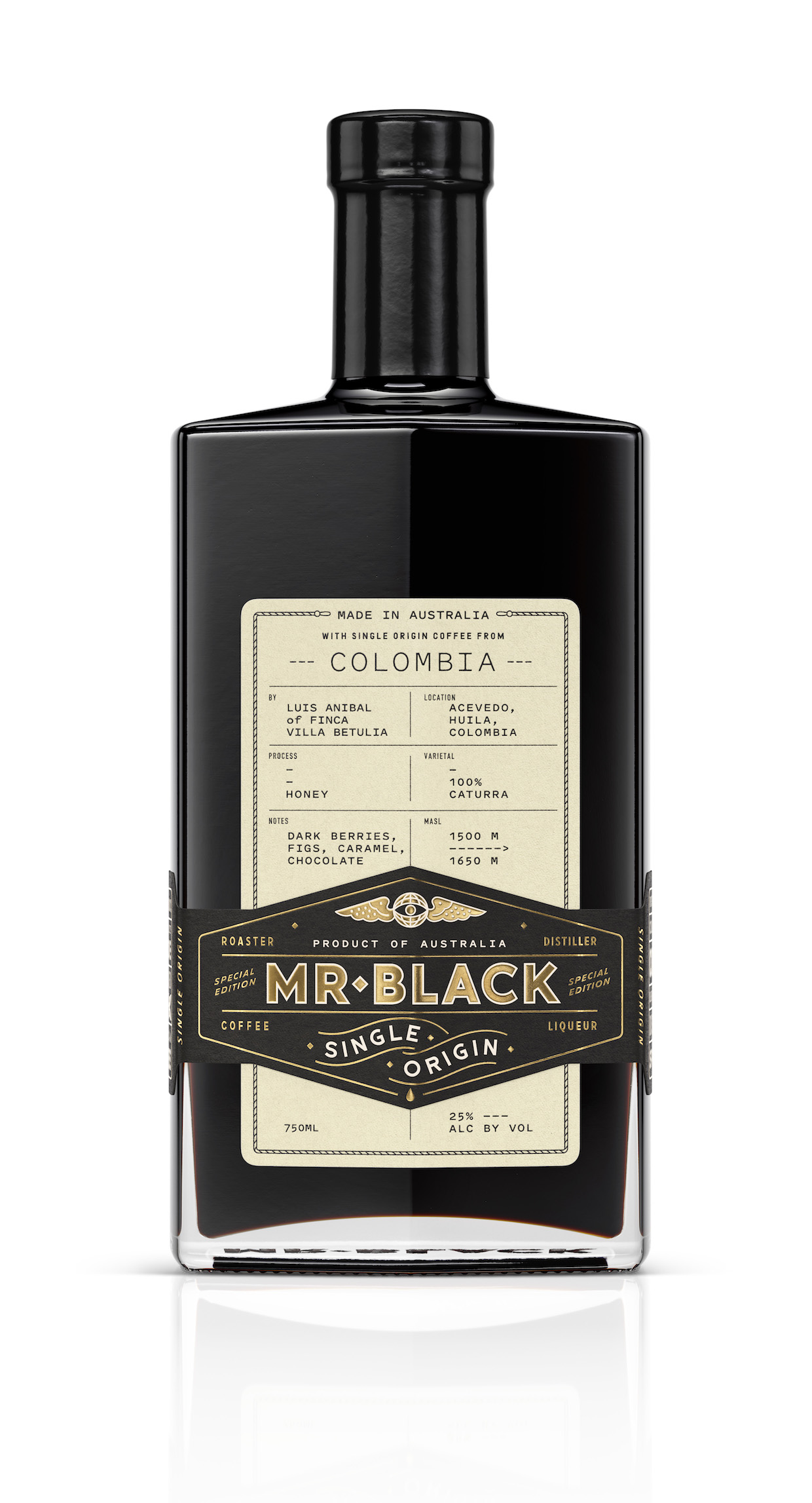 Recently, the company introduced its products to markets in China, Japan and Taiwan. Said Baker, “They’re mad for coffee over there, and the response has been humbling.”

Also impressive to Baker has been the American response.

“We’ve done in a year what took five in the UK,” said Baker of Mr Black’s mixture with the red, white and blue. “So that’s taking a lot of our time and focus.”

Of course Mr Black also always saves time for a bit of fun. The Caffeine Caravan — an Airstream trailer bar for raising brand awareness via cocktail service at special events — is another recent rollout.

“We love nothing more than getting out there and serving the people,” said Baker. “Rather than building a bar or festival every time, we figured we’d build something awesome once, and get the most out of that.”

Production at Mr Black currently requires roasting on the IMF for more than 50 hours a week, 52 weeks a year, according to Baker. Once thee company upgrades capacity, it may consider entering the whole bean coffee space as well, Baker said. For now, the coffee department is focused more on concretizing relationships with two more farms for the next release in the Single Origin series.

“There’s currently not a schedule for release,” said Baker, “but with coffee we’ve got to be planning years in advance.”