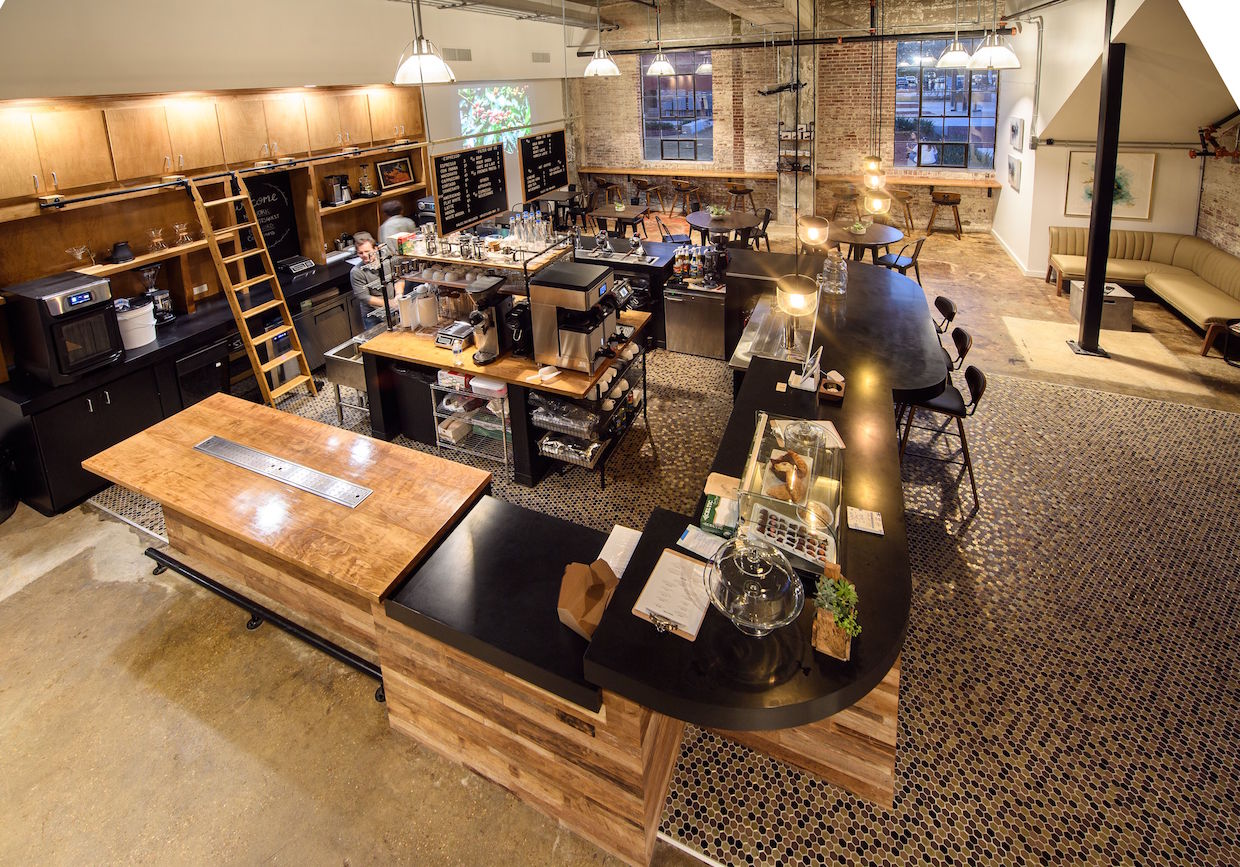 A former power plant in Baton Rouge, Louisiana, has been deftly revitalized under the Electric Depot name as a mixed-use residential, entertainment and retail center. Providing much of the buzz is the City Roots Coffee Bar, a new quality-focused roasting and retail concept.

City Roots is not associated with either of those brands, while offering a decidedly contemporary quality-forward coffee experience. 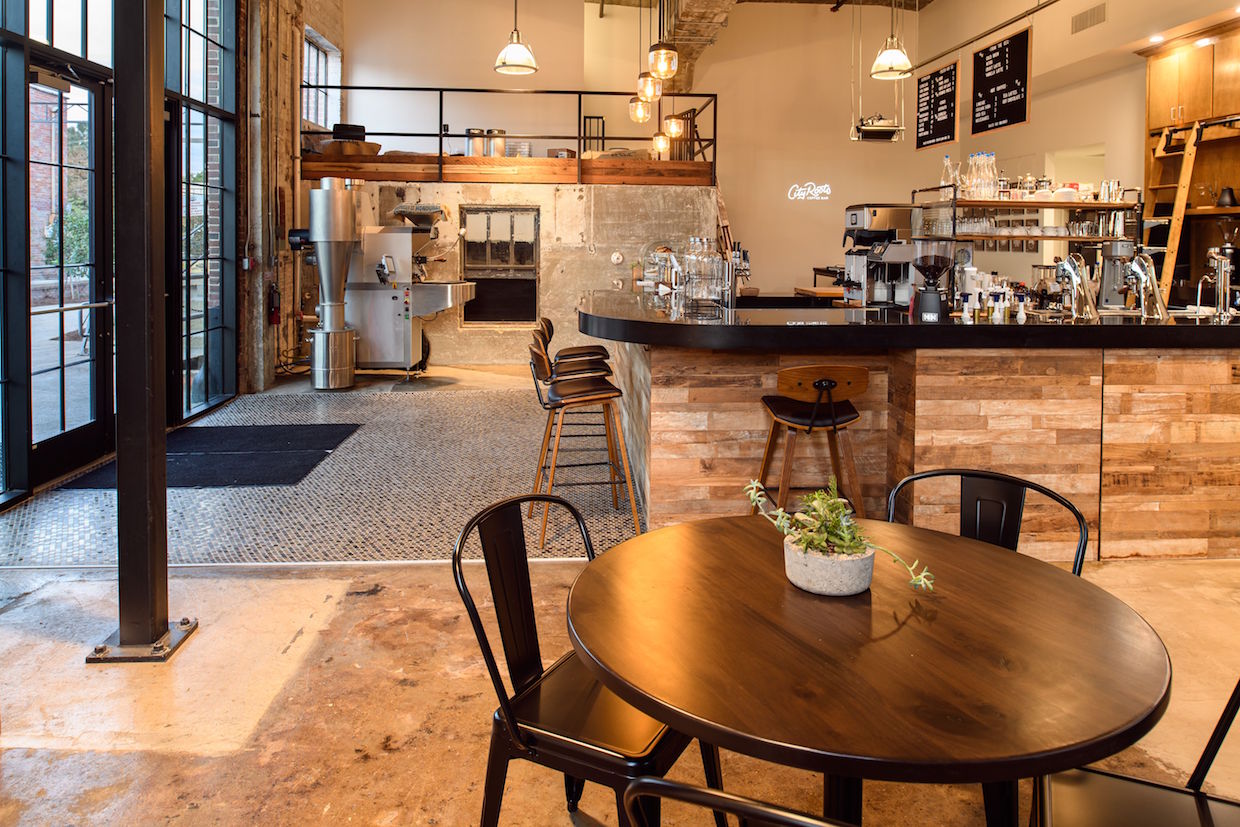 “This new cafe is focused on providing a meeting place as well as serving coffee… The concept is set up very much like a kitchen,” City Roots Manager Dominick Blanda told DCN. “[Saurage and I] both come from big families, and the kitchen was always a gathering place. We have a lot of innovative coffee technology, but we want people to feel comfortable when they walk in — you’re just coming into the kitchen, and we can cook up whatever for you.”

City Roots’ space within Electric Depot is heavy on industrial elements such as exposed brick and concrete floors, with high ceilings and big factory windows. The industrial nature is juxtaposed and softened by wooden tabletops and cladding around the bar, which juts out in a U shape into the center of the space.

The choice of a Modbar system for espresso — with bulkier components housed under the bar counter — helps promote the family kitchen concept.

“Of course, it’s visually stunning,” said Blanda of the Modbar, “but it’s in no way intrusive. [We wanted] to keep it like a kitchen, where you’re just hanging out over the counter. We can talk to people the whole time while we’re making their beverages and serving them.” 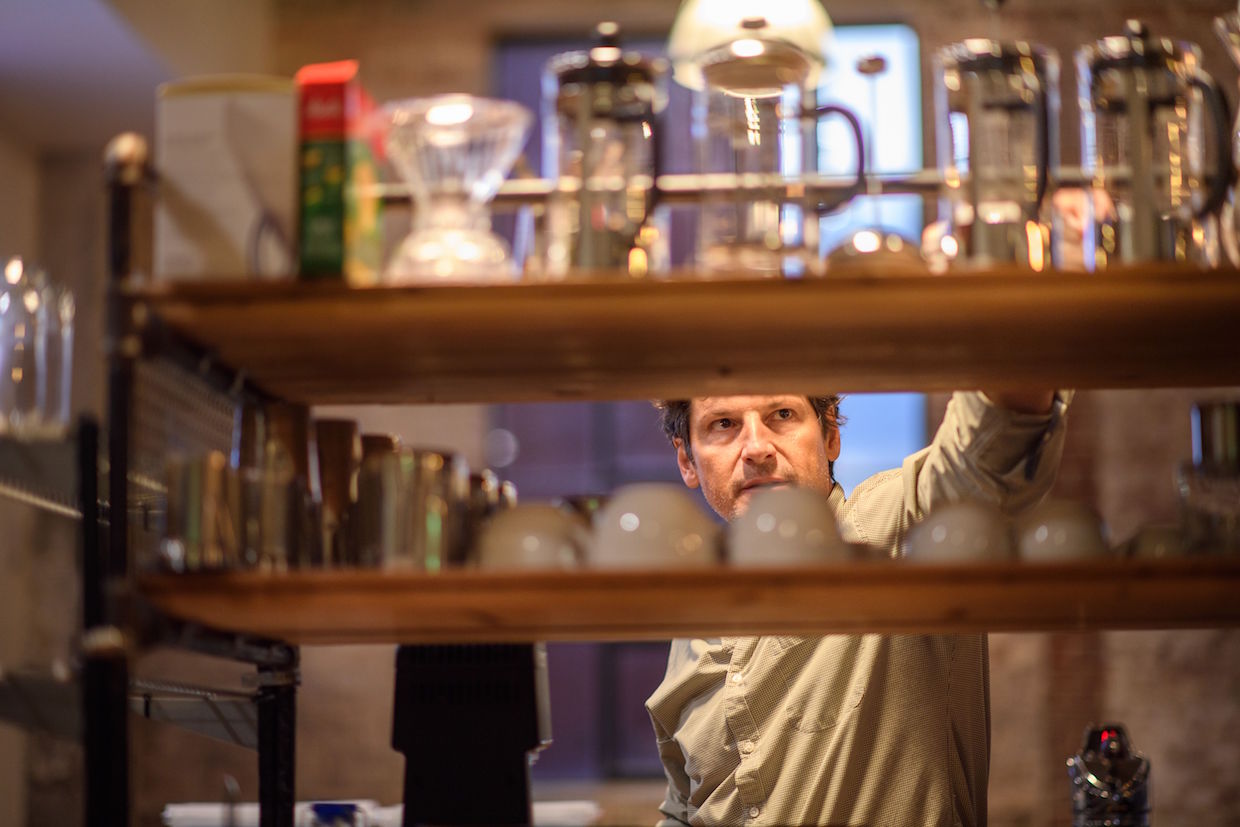 Coffee, roasted in-house on a Loring S7 Nighthawk, can be made via a Wilbur Curtis ThermaPro batch brewer or Gold Cup automatic pourover brewer, the latter of which Blanda explained was to increase consistency and to free up baristas to spend more time serving customers.

“The amazing thing about the Essence is it has a hot water bloom that you don’t usually get from cold brew,” Blanda said. “The coffee bed gets agitated, then there’s a vacuum pressurized steep, and we can brew a full 5-gallon cold brew in 20 minutes.”

To take full advantage of the Essence, and to help counter the Louisiana heat, City Roots has an extensive cold brew menu. Options include regular and nitro variations, a draft latte and a vanilla draft latte, and an experimental cold brew au lait with chicory.

“It’s kind of our playground,” Blanda said, “and now that we have the Essence we can play with things right on the spot. The possibilities are endless.” 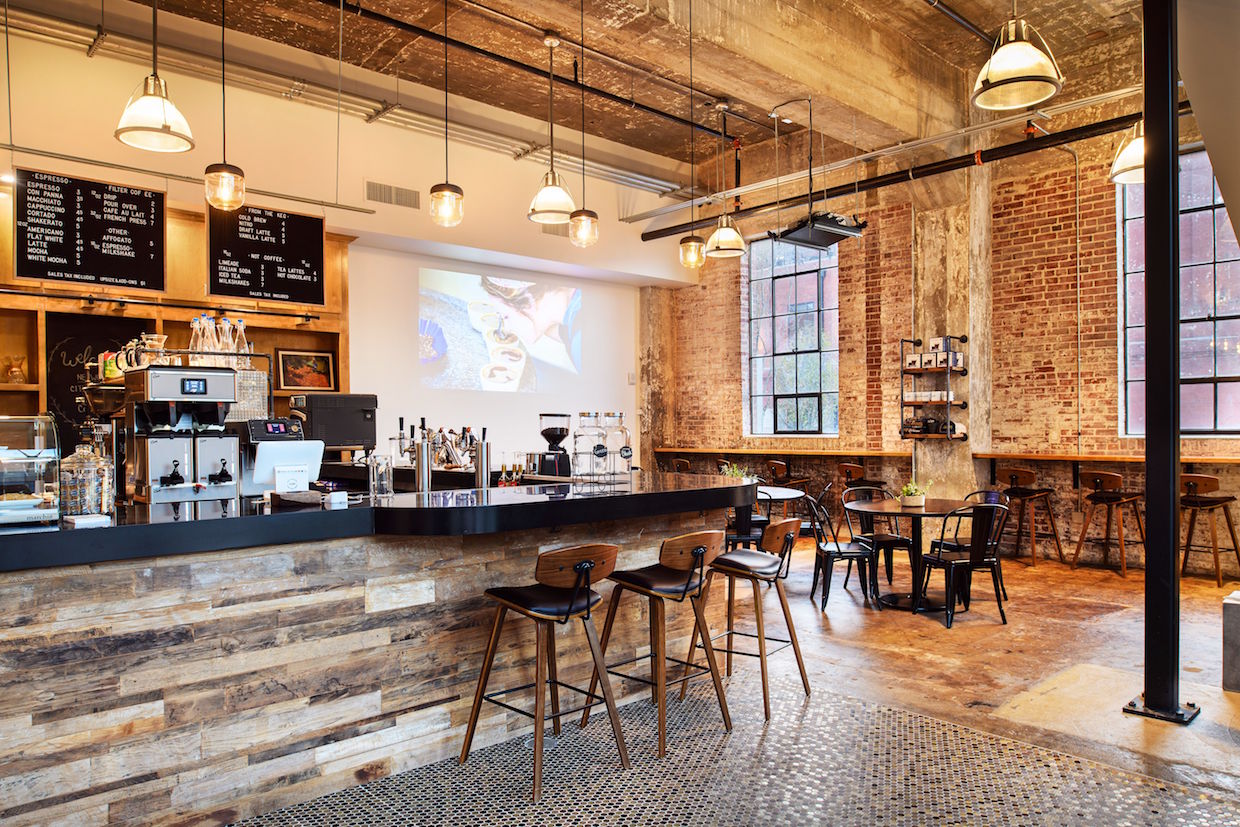 The company will also be hosting more public coffee tastings in the evenings, while expanding the menu to accommodate a wide range of tastes.

“There’s always the integrity of the coffee — we want to make sure we’re serving them properly… so that our guests know all that went into it and the flavors they should be looking for.” Blanda said. “We want to give people what they like. If you’re a cream and sugar person, awesome; if you’re a frozen coffee person, that’s great.”