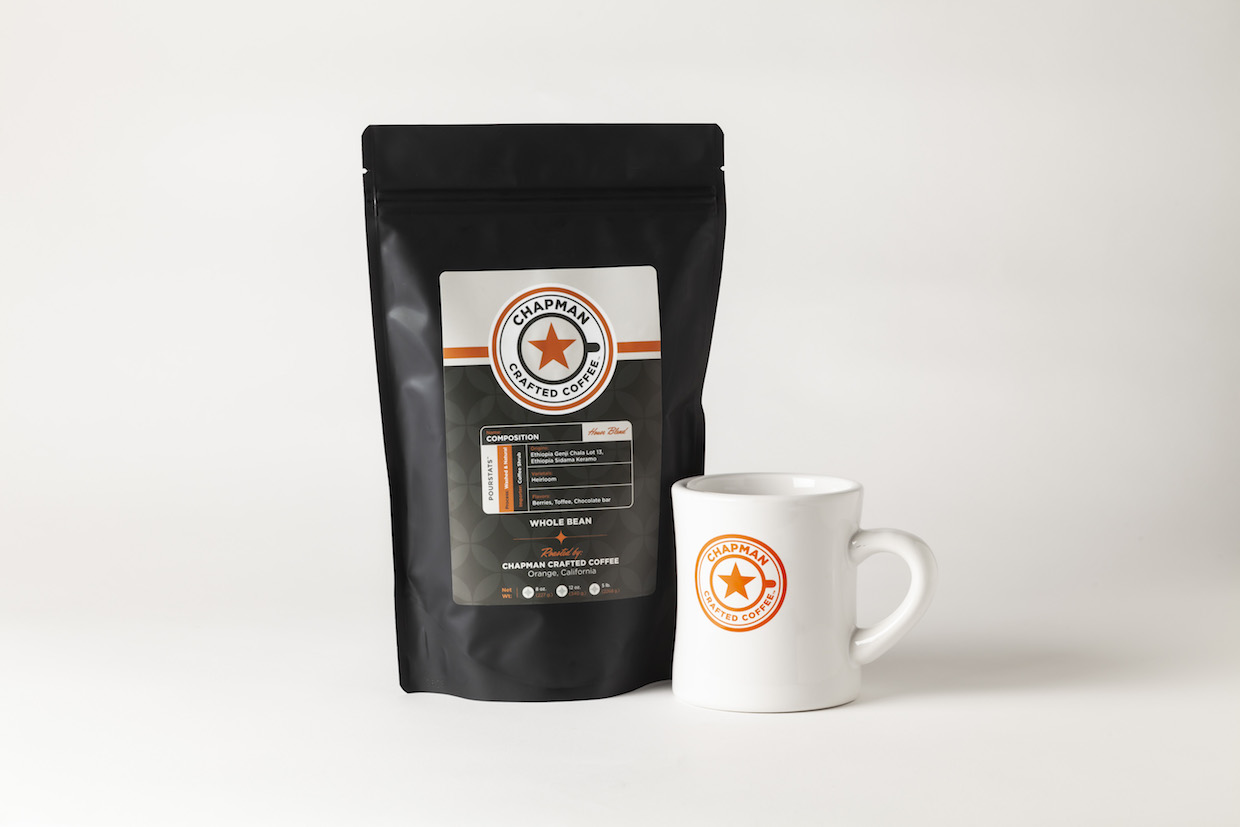 While a number of progressive craft breweries have hatched coffee roasting operations in recent years, Chapman Crafted Beverage Company Co-Founder Wil Dee said coffee was always part of the plan — it just took about four years to get there.

“Chapman Crafted Coffee was conceptualized at the time of Chapman Crafted Beverage Company’s inception, alongside Chapman Crafted Beer,” Dee told Daily Coffee News. “For now, we will be selling beans online and through the brewery tasting room while we work on a brick-and-mortar location.” 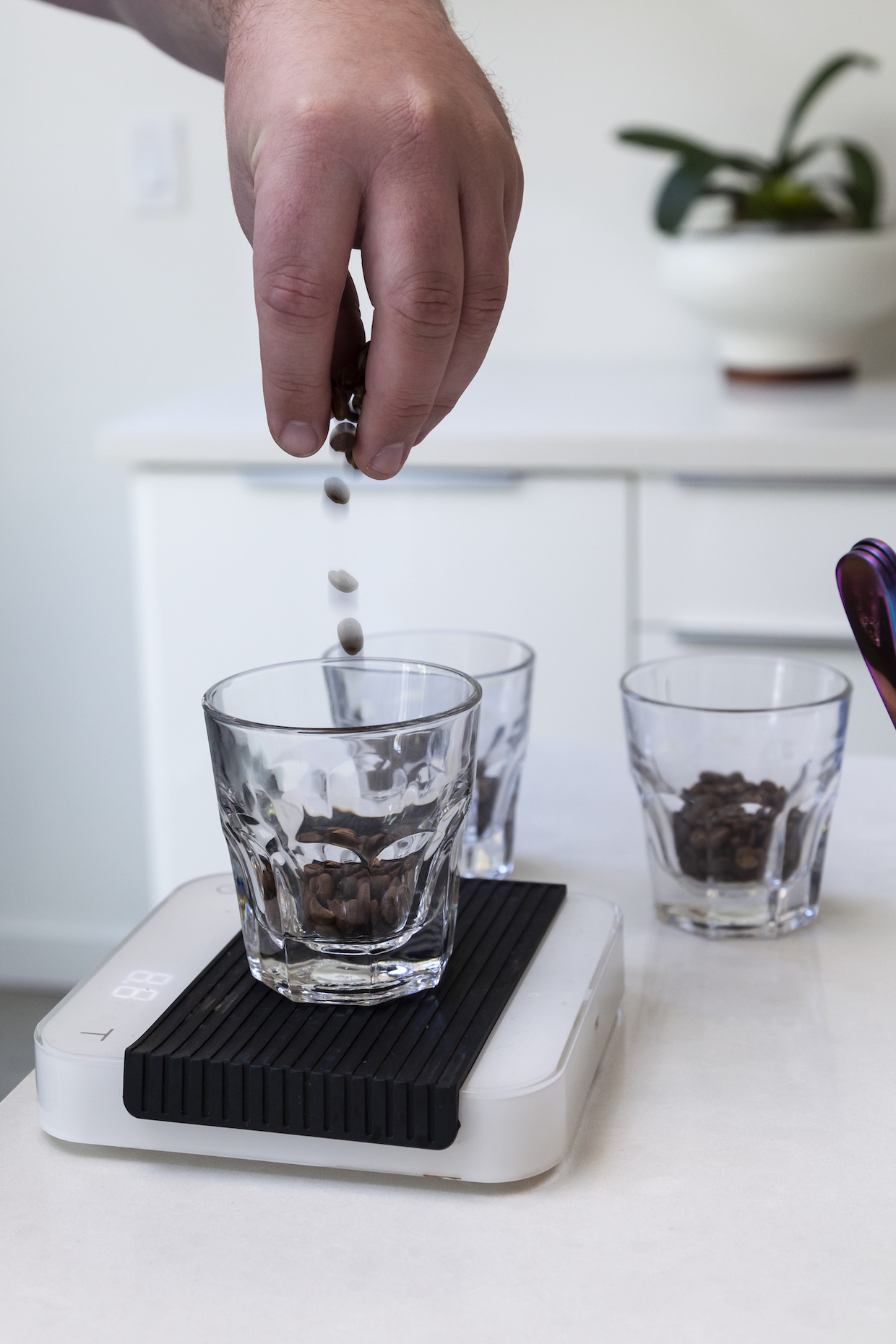 Heading up the Chapman coffee department is Noah Poletiek, who brings over a decade of experience and no shortage of accolades to his new position. Poletiek previously earned recognition for his skills while working as a production roaster for Klatch Coffee, and was most notably a co-founder of short-lived but much-loved Bangarang Coffee Roasters.

Founded in Fullerton, California, in June of 2016, Bangarang’s place in specialty coffee industry history is now as close to cult classic status as a micro-roaster can be, after ceasing operations at the dusk of 2018, barely more than two years after launching.

“Bangarang was funded solely by myself and my business partner Travis Hochhalter,” Poletiek told DCN. “We started it with basically enough money to buy our first two bags of green.” 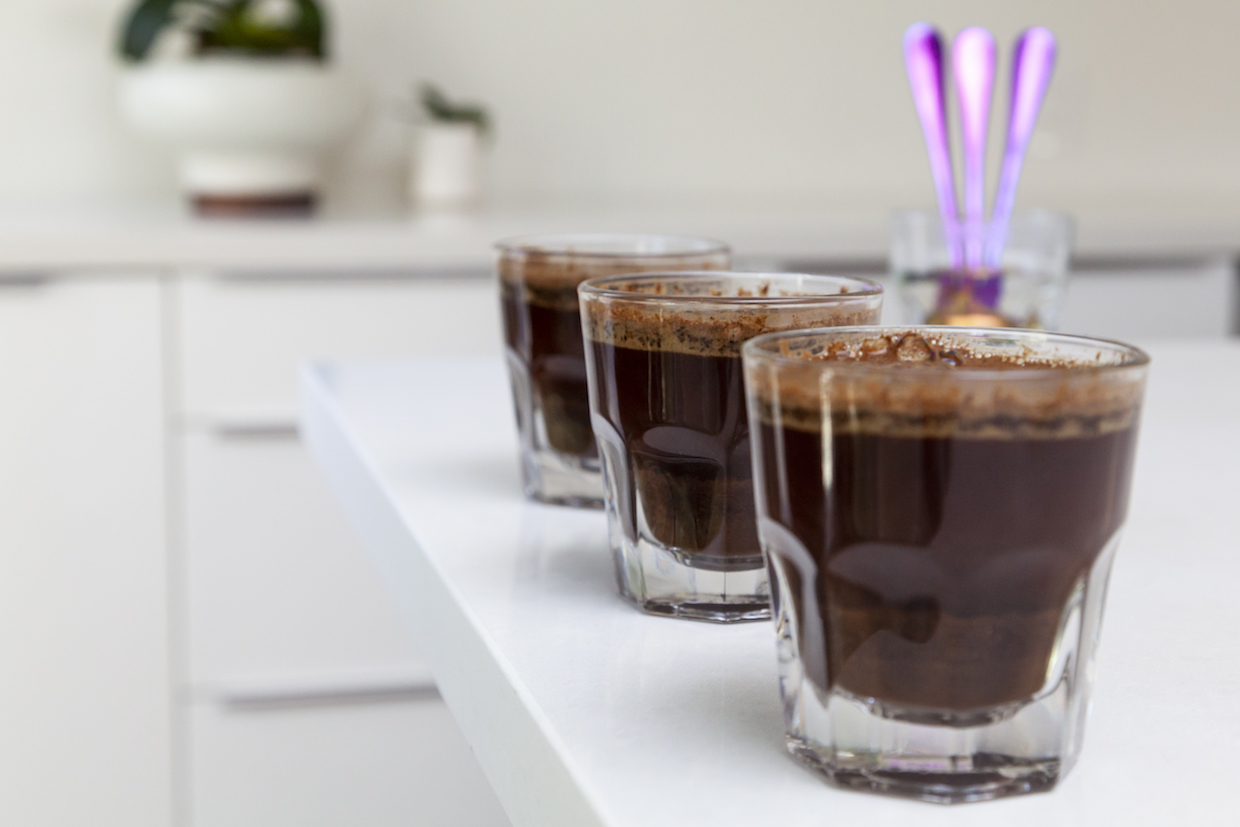 Despite its lovable 80s-retro branding and adventurous roasting philosophy that earned a variety of national awards, the bootstrap startup wound down prematurely, Poletiek said, due to a lack of investors willing to let Bangarang be Bangarang.

“We looked for outside investors but eventually they all wanted us to change our branding or roasting style, and we simply wouldn’t compromise,” said Poletiek. “So instead of running it until we were completely burned out, we ended it peacefully to go on to more stable careers. Thankfully, I was scooped up by Chapman Crafted to continue my crazy coffee quest.”

Currently the beer-and-coffee company’s roasting takes place on a Probat P12/2 that is located offsite at a co-roasting facility in Fullerton, although Dee said there’s about 1,000 square feet of space set aside at Chapman Crafted for bringing the roastery in-house soon.

Poletiek is already hard at work developing profiles and roasting coffees to be enjoyed on their own or as key ingredients in coffee beers. Chapman already sells two versions of its Composition blend online, a House Blend and a Brewer’s Blend. 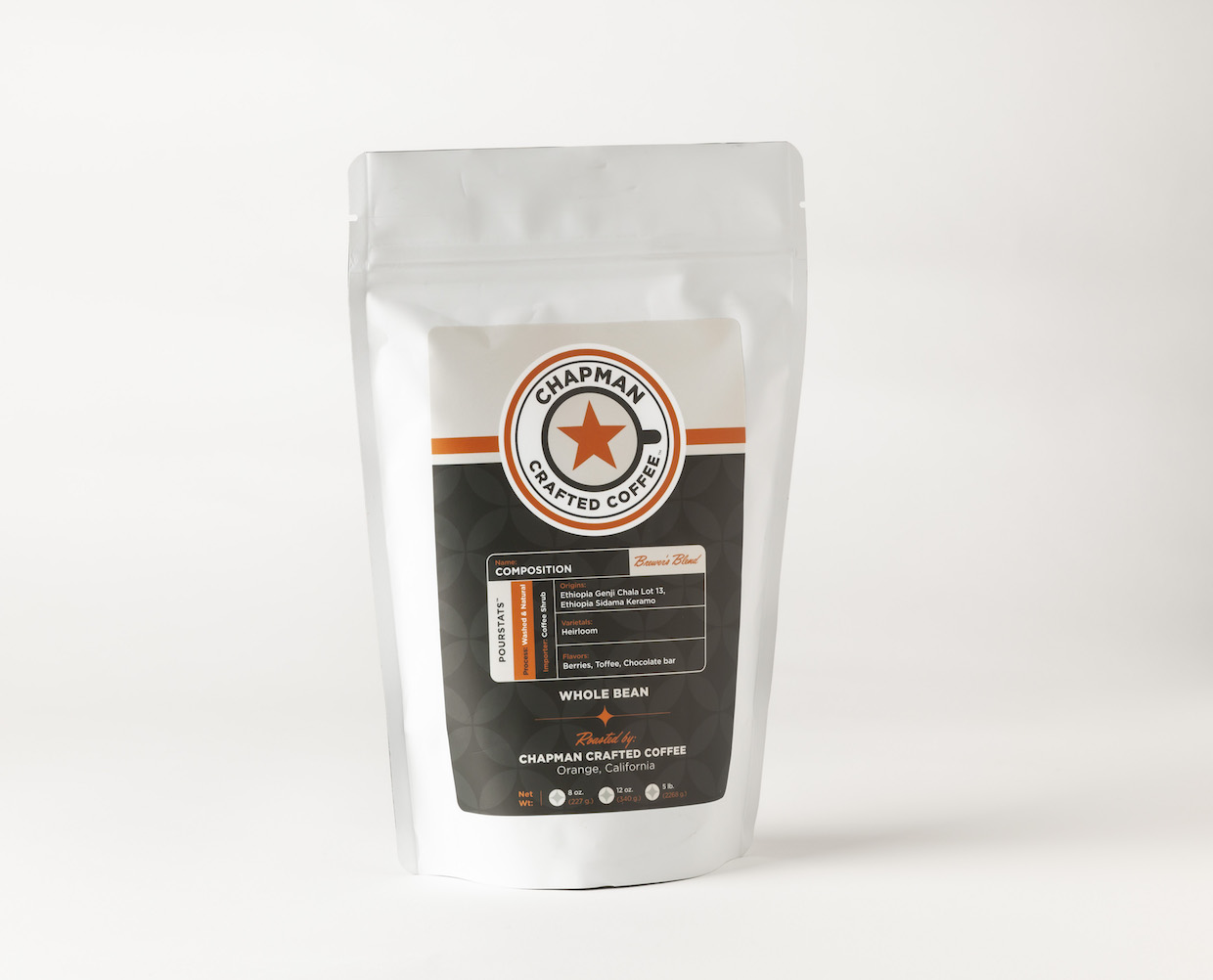 “The Brewer’s Blend is specifically roasted for home beer brewers,” said Dee. “It is roasted in such a way to extract well in beer, but creates a much more boring beverage when brewed in water. In order to minimize the oxidized bell pepper defect that can become common in beer, we opt for a roast with an extended development time ratio — sometimes 25% — while keeping the end temperature low, so you still taste the nuance of the coffee’s origin.”

Dee said that limited releases of canned cold brew will begin soon and eventually ramp up along with a new canning line. Single-origin coffees will also soon appear among Chapman Crafted’s offerings, as will a limited series of barrel-aged and special-conditioned coffees. In the coming weeks, a Chapman coffee trailer will roll out for coffee service both on and offsite.