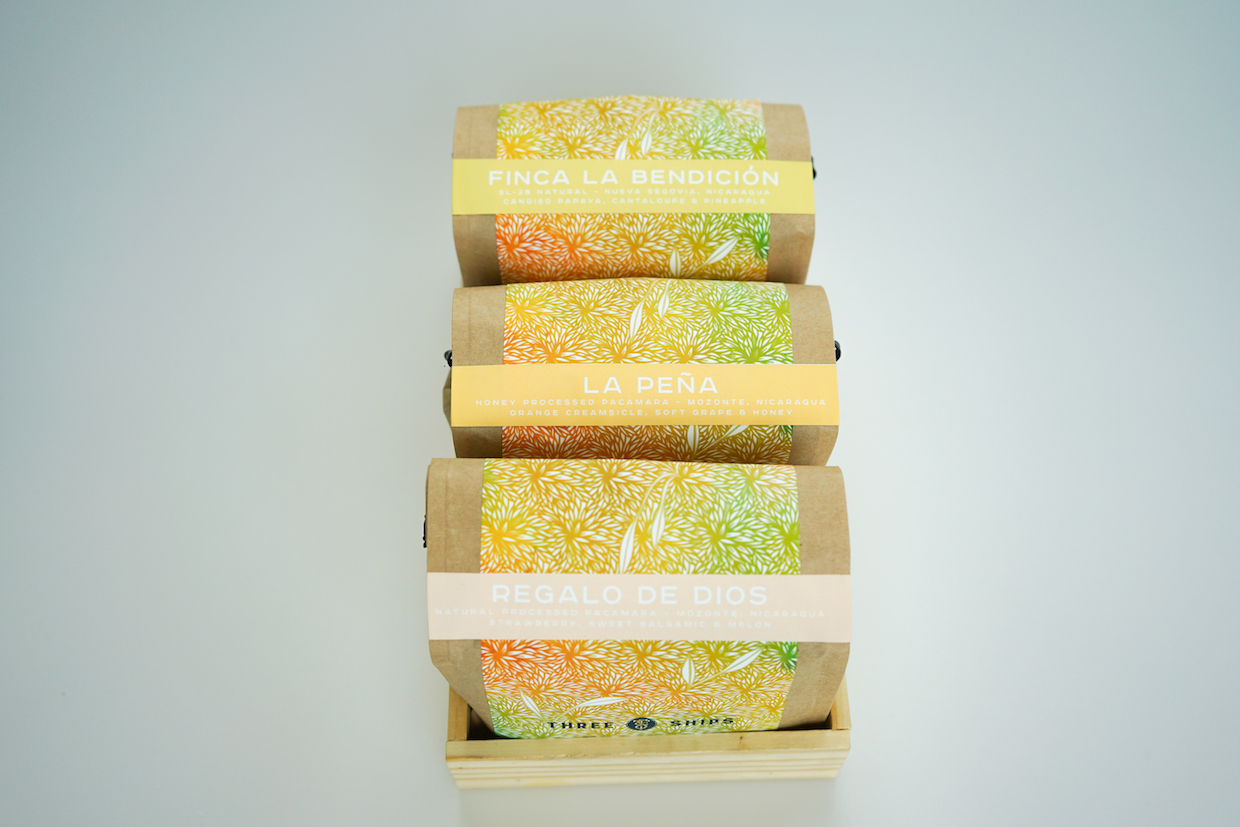 With a freshly rebuilt 1954 Probat UG22 roaster as the new ballast in its hull in Virginia Beach, Virginia, Three Ships Coffee Roasters has also offered a final bon voyage to its Diedrich IR12.

The first set of three coffees all hail from Nicaragua. Two of them are of the pacamara variety, known for its large beans with exceptional quality potential at high altitudes, but also for its relative scarcity due to its low-to-medium yields and sensitivity to coffee-loving pests and diseases. 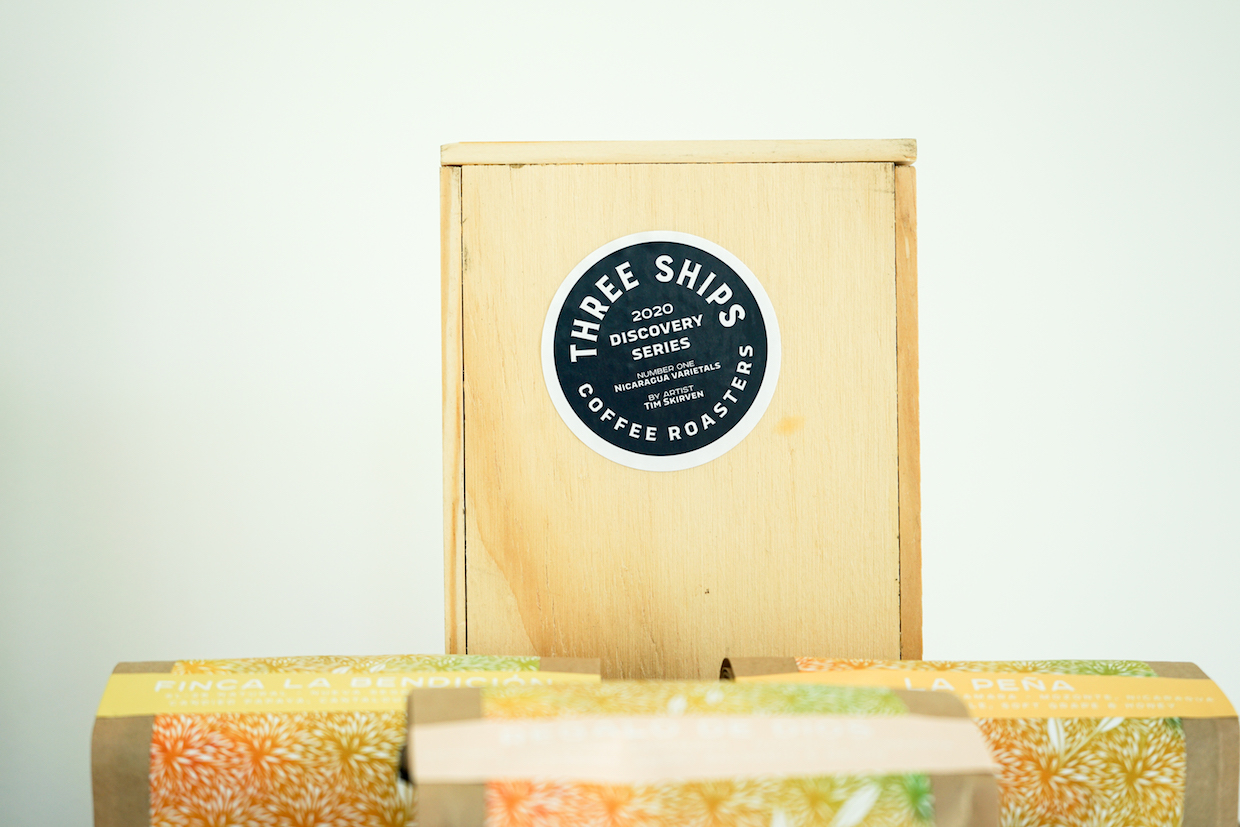 Regalo De Dios is a natural-processed pacamara described by Three Ships as offering notes of strawberry, sweet balsamic and melon. La Peña is a honey-processed pacamara exhibiting orange creamsicle, soft grape and honey notes. Both of these are grown in Mozonte, Nicaragua.

The third coffee, from Finca La Bendición, is an especially unique SL28 — a cultivar originally hailing from Kenya — grown and natural processed in Nueva Segovia, Nicaragua. Candied papaya, cantaloupe and pineapple are the flavor notes on that one.

“They come in the pack together and they couldn’t be any more diverse with regards to how they’re tasting,” Three Ships Coffee Co-Owner Brad Ewing told Daily Coffee News. “Coffee is evolving. Nicaraguan profiles are typically exhibiting a more nut-forward nature to them, sometimes not the most appealing coffees, often looked at as a commodity coffee. These coffees are beautiful specialty coffee grown in a place that doesn’t get a lot of attention for specialty coffee.” 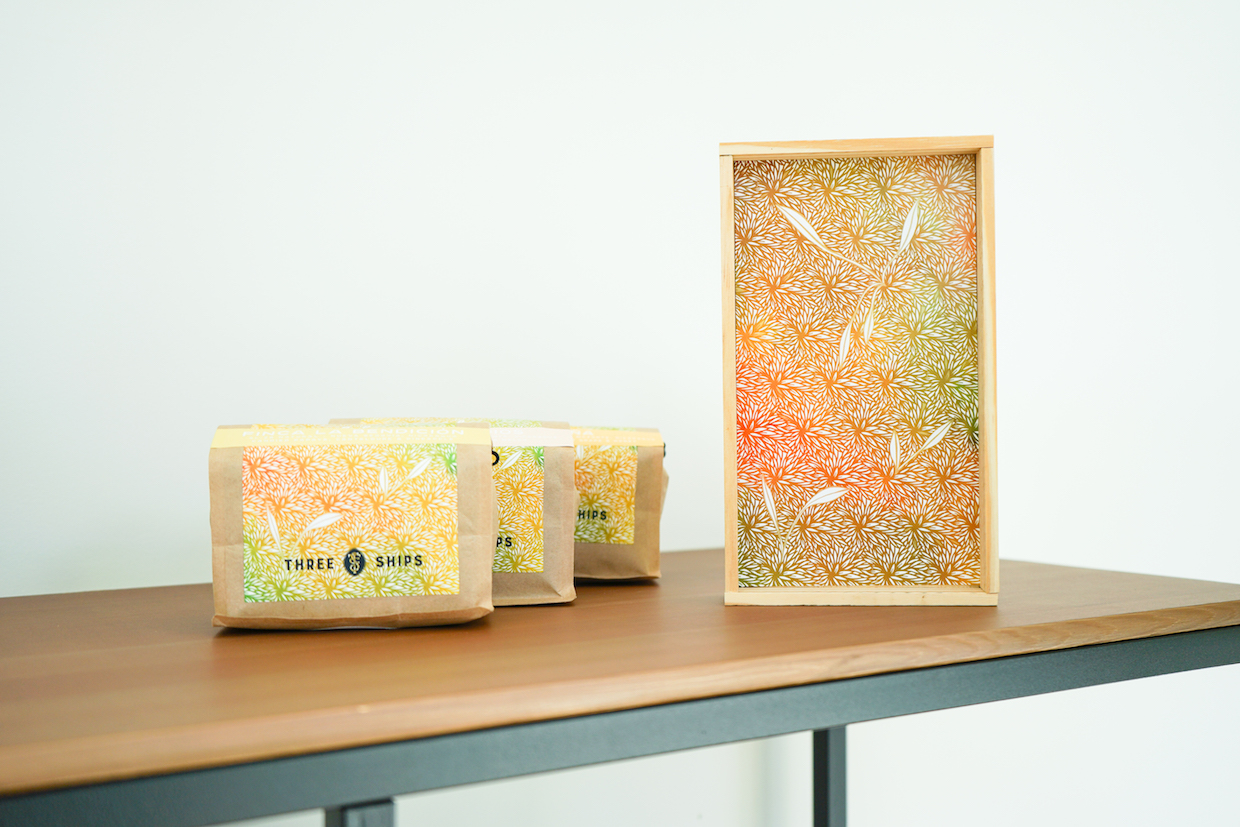 The beauty extends to the artwork in which each edition will come packaged. Reminiscent of the wood pallets on which green coffee is shipped, the wooden boxes holding Discovery Series are made from wood from the pallets on which the company’s refurbished Probat was shipped from Germany. Original work by an artist based in the Virginia Beach area will be used for the bag labels, as well as the lining of the box that Ewing suggested could serve as a frame if a customer chooses to hang their art print on a wall.

The first featured artist is Tim Skirven, the local artist, designer and friend of Three Ships who’s been collaborating on the company’s recent packaging and branding efforts. Ewing hopes that customers both local and farther afield will benefit from discovering the work of Virginia Beach artists.

“We export a lot of our talent, like a lot of small towns,” said Ewing. “We don’t necessarily have a really strong sense of pride of where you’re from and how cool it is. We’re a little bit of a downtrodden, salty town. Artists like Tim and some of the other artists that we’re looking at for future Discovery Series, seeing what they’re doing I think could help or be inspiring for future artists, as well as inspiring coffee drinkers both locally and outside this region. We can produce exceptional quality coffee here in Virginia Beach, and we can also have extremely talented artists.” 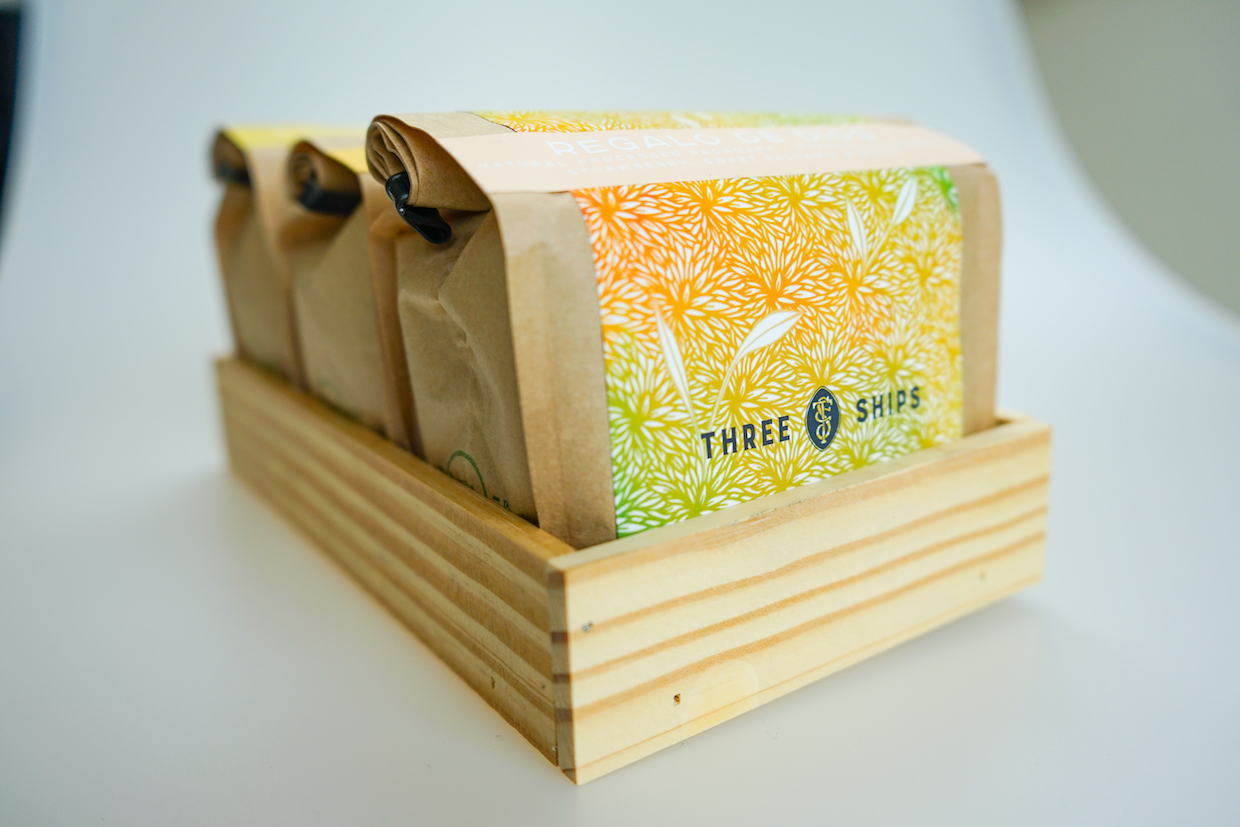 Between the art on the package and the art of the growers, the company also hopes customers recognize and enjoy the art of Three Ships head roaster Amy Ewing.

“Three Ships was really built to try to showcase her talent,” said Brad. “She’s humble and doesn’t like the limelight, but she deserves a lot of credit for making us who we are. When you taste that coffee tomorrow morning, you’re also tasting her art.”

The next Discovery Series edition is slated to be a pair of coffees from Finca Lugmapata in Ecuador. Coffees for both editions have so far been sourced with help from The Coffee Quest. The first edition, including three 8-ounce bags, is priced at $50 and is available online. Future editions will be priced differently depending on the coffee and how much of it is included.

In the meantime, Three Ships is also just dropping its anchor at a new 4,700-square-foot roasting facility, with space for training and a retail bar. The facility is expected to open later this year.