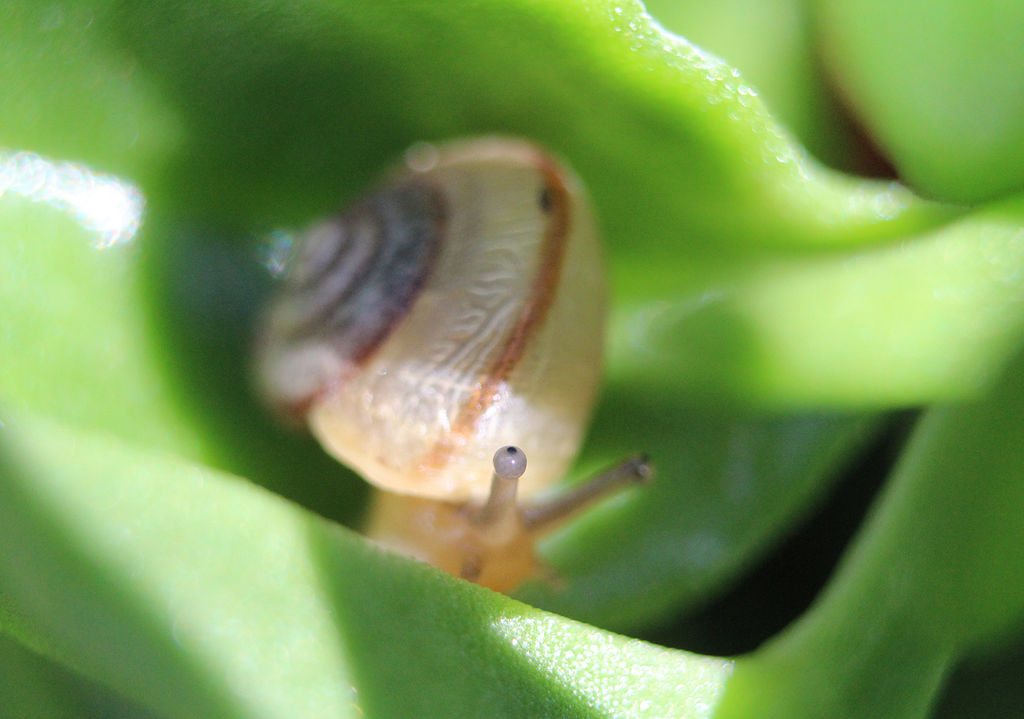 The Asian tramp snail. The image Bradybaena similaris is by Graham Wise from Brisbane, Australia / CC BY 2.0

With its ability to destroy coffee plants, spread and wipe out whole harvests and plantations, coffee leaf rust has been plaguing coffee growers for generations, including most recently throughout the 2010s in a period that researchers have called a “big rust.”

As climate change is expected to exacerbate the prevalence and severity of leaf rust in the world’s collective coffee-growing regions, there’s a chance that relief could someday come from the tiniest, slimiest and squiggliest of sources.

While conducting fieldwork in the Puerto Rican coffeelands in 2016, researchers from the University of Michigan noted the presence of bright orange snail excrement on leaves affected with rust.

Over the next few years, and with grants from the U.S. Department of Agriculture’s National Institute of Food and Agriculture, the researchers discovered that an invasive snail called Bradybaena similaris (or B. similaris), commonly known as the Asian tramp snail, had been eating the rust-causing pathogen.

Now the researchers are exploring whether these snails, or other snails and slugs known as gastropods, may present a solution for biological control of leaf rust, according to a report from the University of Michigan News office.

Though the rust-causing pathogen has a number of natural enemies that it regularly battles on coffee plants — including, potentially, fly larvae, mites and a diversity of fungi — the researchers observed that the Asian tramp snails were doing the best job of cleaning their plates, so to speak.

“Of all the natural enemies I have been studying, these gastropods in Puerto Rico most obviously and effectively clear the leaves of the coffee leaf rust fungal spores,” said Zachary Hajian-Forooshani, lead author of a paper published in January in the journal Ecology.

Hajian-Forooshani’s research is part of his doctoral dissertation under renowned U-M ecologist and coffee expert John Vandermeer, who along with U-M ecologist Ivette Perfecto has been studying the coffee leaf rust pathogen and its enemies on coffee farms for more than two decades.

The group of ecologists is nowhere near ready to tout the snail as a cure-all solution for leaf rust, noting a number of past biological control experiments that have led to disastrous results.

“The gastropods seem to reduce the number of spores on the leaf, but it’s not clear if the spores can still germinate in the excrement,” said Hajian-Forooshani. “Also, we don’t know how the effect of the gastropods on coffee leaf rust scales up to impact the pathogen dynamics at the farm or regional scale.”