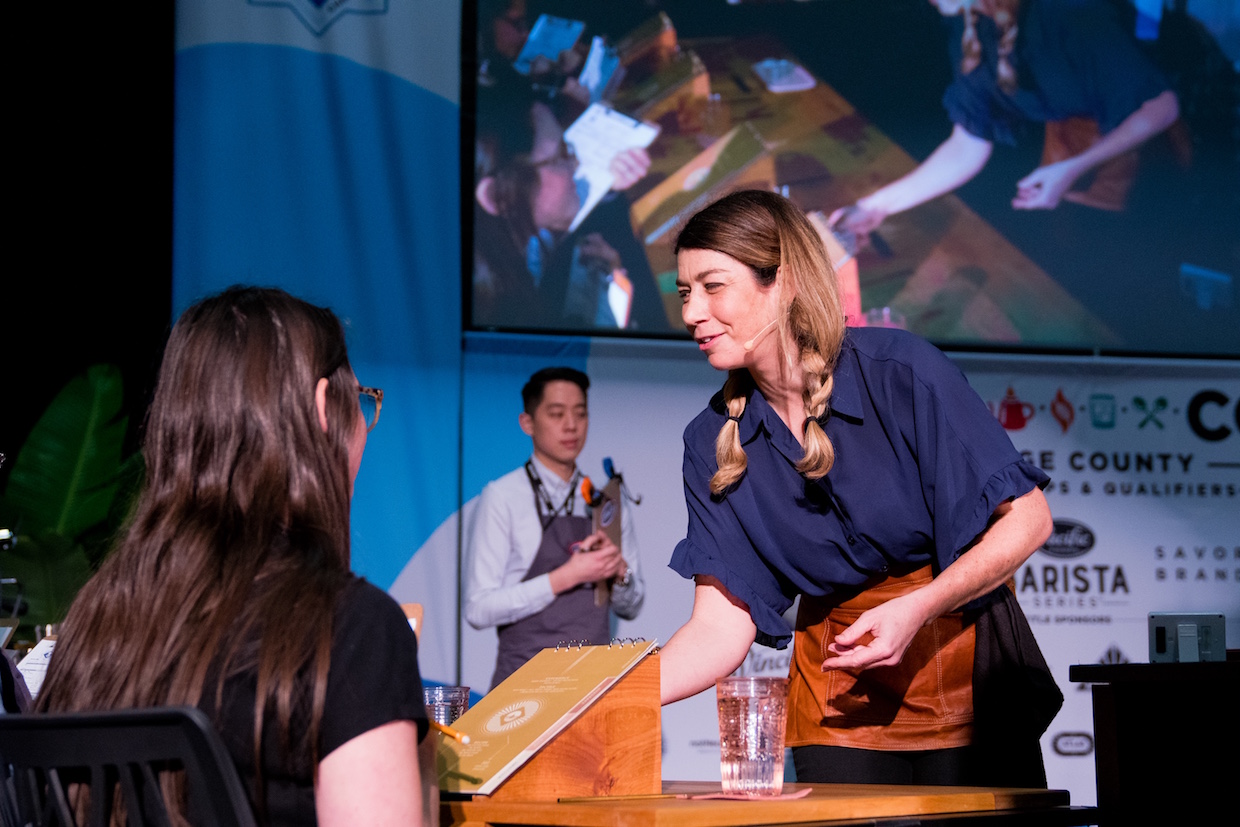 Andrea Allen at the 2020 US Barista Championship in California. Photo courtesy of Andrea Allen/Onyx Coffee Lab.

If you’ve tuned into any national-level barista competitions over the past eight-years, there’s a good chance you’ve seen Onyx Coffee Lab Co-Owner Andrea Allen. The renowned barista and trainer has been competing since 2013, a year after she and her husband Jon Allen opened Onyx in Northwest Arkansas in 2012.

In late February, at the tail end of coffee business as usual in the United States, Allen took first place at the U.S. Barista Championship in Costa Mesa, California. Her victory, a long time coming after years of reaching the national finals but never securing the top spot, also won her a spot in the World Barista Championship at the Melbourne International Coffee Expo (MICE), which is currently scheduled to take place this November.

With training for the WBC postponed due to the time lapse, Allen’s focus recently has been on navigating Onyx’s four retail locations through the COVID-19 pandemic.

“I haven’t done any practicing since the pandemic was declared global,” said Allen, who has helped oversee multiple Onyx locations offering pick-up and take-out orders. “For WBC I had chosen coffees and had a nearly finished presentation. However now that everything has changed so drastically things will be much different… Seeing as the entire coffee industry is changing, my presentation will change accordingly. Additionally, we will be in a completely different season for coffee, so my coffees may completely change as well.” 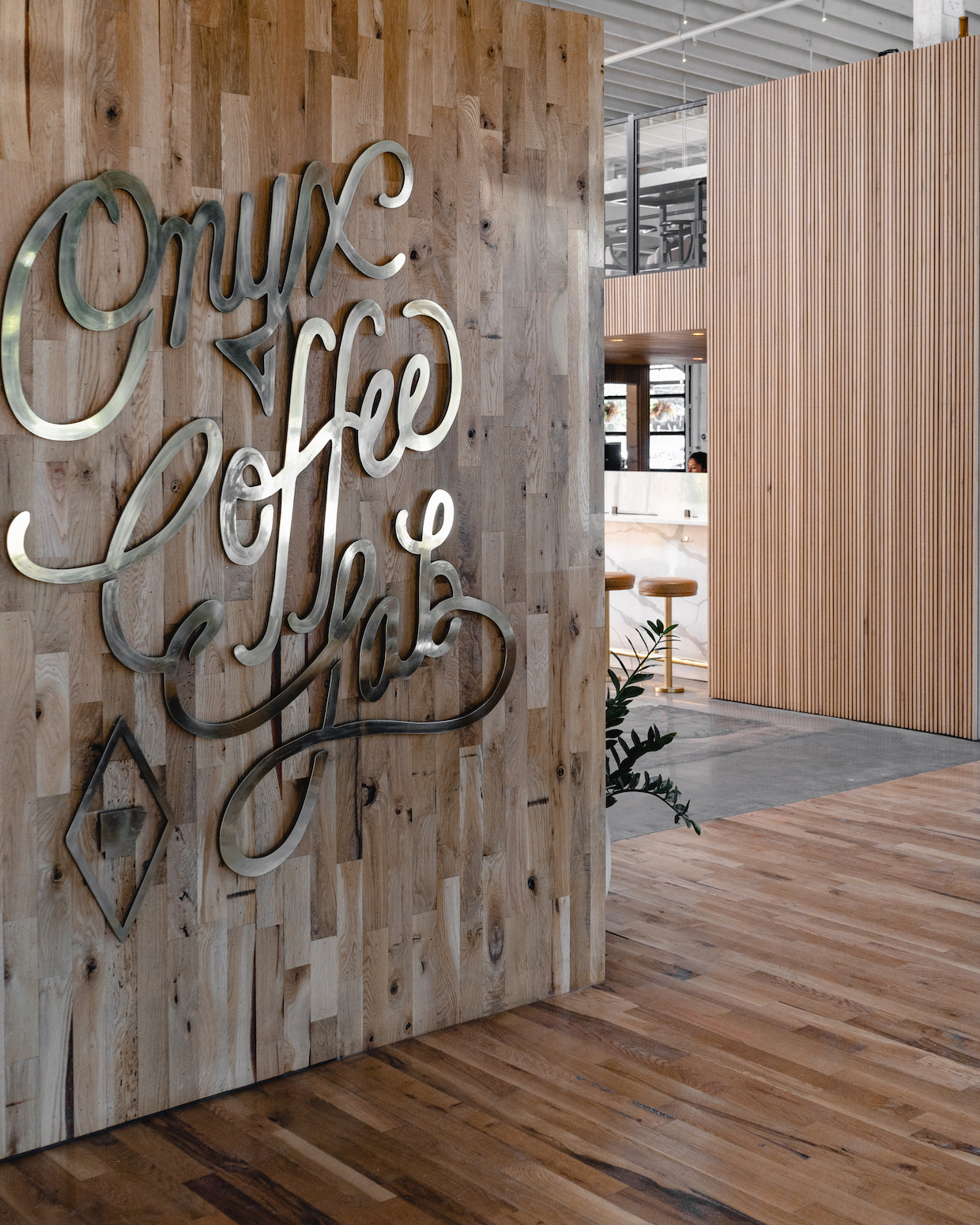 Allen’s first-place routine in Costa Mesa this year revolved around a concept she defined as like palimpsest.

“It originated from ancient scrolls where the text was scraped off, so there are layers and layers of text,” said Allen. “The same theme went into my routine; it was about layering all of these experiences we have in coffee.”

Allen used two different coffees from Colombia — a natural-processed Gesha variety from the farm Cerro Azul, and a sample from the Eugenioides coffee species, indigenous to the highlands of East Africa.

For her espresso course, Allen evenly layered the Eugenioides and the Gesha in a 22-gram shot. For her signature drink, Allen used the Cerro Azul Gesha combined with ingredients like pureed papaya, passion fruit nectar, maple syrup, egg whites and clotted cream. The drinks were hidden behind angled mirrors with only straws for the judges to taste.

“What’s special about my drink is the person drinking it,” said Allen. “I wanted my presentation to reflect that.”

From a company known for aggressively investing in training and competition events, Allen has become arguably the most recognizable figure among the Onyx family, although that wasn’t always the case.

In 2013, the naturally competitive Allen entered what was then known as the Big Central U.S. qualifying competition for the U.S. Barista Championship.

“When I first started competing, everyone there was mostly male, and I placed last,” Allen said. “I almost stopped competing after that… But I just kept pushing forward.”

Allen’s approach to competition fundamentally changed in 2016, when she greatly expanded the scope of her routine.

“In the past all the dialogue was around the barista, so I made the focus of my 2016 presentation about processing and how natural processing could potentially influence the supply chain,” said Allen, adding, that the routine highlighted “what people are paying for coffee and what producers are getting for coffee.” 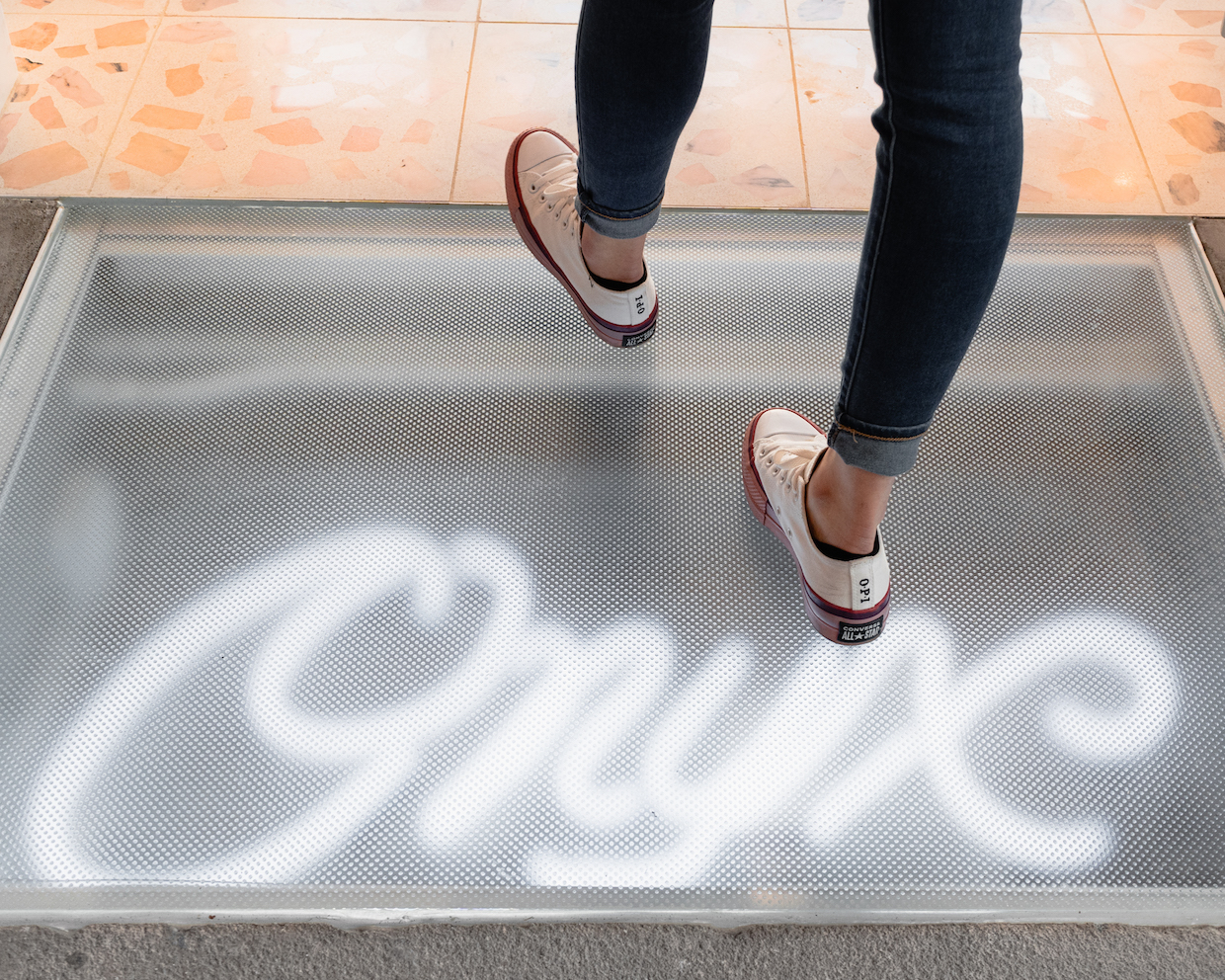 She was one of two competitors who used a natural processed coffee that year and placed second in the U.S. championship behind another longtime competitor, Lem Butler. It proved to be a pivotal moment for Allen as a competitor and for Onyx as a roasting company.

“Producers started sending us samples and businesses [seemed] to care about us a lot more,” Allen said. “It really opened a door for us. We started to get recognized on a national level.”

“It’s important to establish a platform for our staff to compete and grow,” said Allen. “I think it helps people get a bigger picture for coffee itself. You also have the attention of the thought leaders in the industry, and you have the opportunity to speak about social issues, production issues, and things you’d like to see changed. It also means more recognition, which means better coffee and higher pay for staff.”

Assuming some semblance of normalcy returns to the coffee world and the world at large, Allen plans to resume training for her World Barista Championship run this summer.

“The pandemic will negatively affect us all in myriad ways, but we can respond to it with kindness and with purpose,” said Allen. “My hope is that we do that as an industry, and that we are able to rise up on the other side of this thing to continue to push specialty coffee forward.”