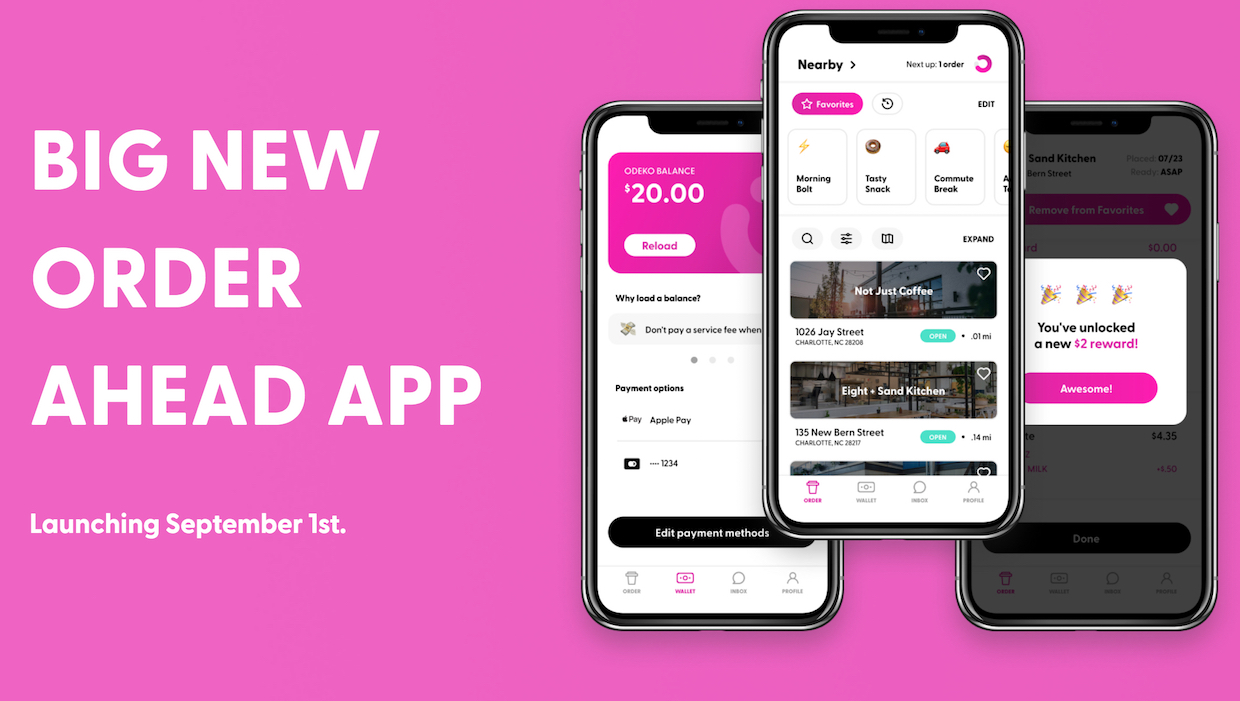 A promotional image on the Odeko website previews the new mobile ordering app, scheduled for release on Sept. 1.

Odeko and Cloosiv, two rapidly growing tech companies active in the coffee shop space, today announced a merger along with a new $12 million funding round.

The companies will be unified under the Odeko name, while rolling out a new mobile ordering app and website on Tuesday, Sept. 1, that will tie into Odeko’s inventory and business management solutions for coffee shop and cafe clients.

“Our vision is to support every spoke in the local economy’s wheel — from the dairy farmers and bean suppliers, to the bakers and the baristas we love, all the way to the mobile ordering app in your pocket,” Cloosiv Founder Tim Griffin and Odeko Founder Dane Atkinson wrote in a joint letter today. “It’s our goal to build the only farm-to-customer platform that makes it easier and cheaper for local suppliers and retailers to run their businesses, while offering unparalleled convenience and education for their customers.

From Charlotte, North Carolina, Cloosiv launched as a mobile ordering app for coffee shops in 2017, with hundreds of retail users throughout the United States as of late last year.

The now merged companies have raised a combined total of $28 million in financing as they head into the new product launch.