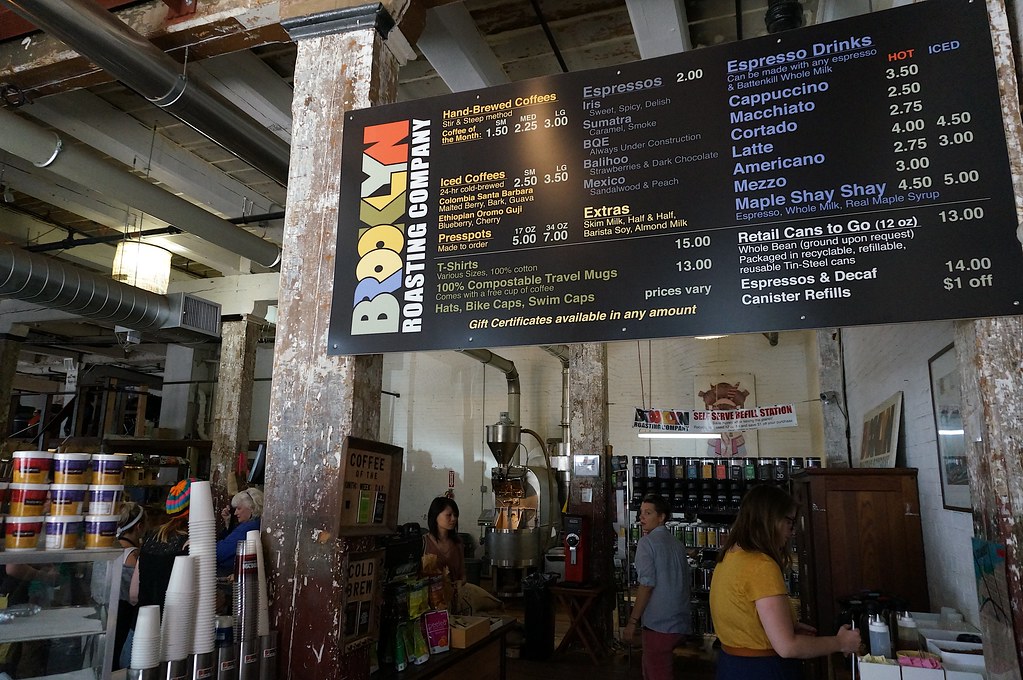 “Brooklyn Roasting Company (1)” by 4nitsirk is licensed under CC BY-SA 2.0

In a New York district court filing, a company representative said the 11-year-old specialty coffee company, which at its peak in 2017 operated seven retail cafes in Brooklyn and Manhattan, intends to find solvency through wholesale roasting alone.

“BRC believes that if it is relieved of the rent obligations of its shuttered cafes and is able to focus on its wholesale business, it will remain a viable and healthy business with an opportunity to grow again over time,” BRC minority owner and business manager Thomas Potter said in the bankruptcy filing. “Its production facility, core management team, and good reputation in New York remain intact.”

By 2017, BRC sales had reached $9.9 million, split nearly evenly between wholesale operations and its seven coffee shops, according to court documents. In that same year, the company moved its headquarters to the Brooklyn Navy Yard, where it opened a new quality control lab, packaging line and a roastery.

In mid-2018, an investment group that included a former Dunkin’ CEO signed a letter of intent to purchase BRC outright for $22 million, according to the Chapter 11 filing. That transaction never materialized.

While the company lost money in 2018 as it ramped up operations in preparation of the sale, it had rebounded by early 2020 enough to consider another sale offering, according to the filing.

Like many shops in New York, BRC was forced to shut down its cafes and by April it had laid off the vast majority of staff.

“The entire world was facing the hard realities of COVID-19, but nowhere were the human and commercial costs higher than in New York City, where the overwhelming majority of BRC revenue was sourced,” the Chapter 11 filing states.

Despite receiving a $727,000 Paycheck Protection Program loan, the company said it could eventually no longer afford to pay past-due or upcoming rent for retail locations. According to a Sept. 30 balance sheet shared with the courts, BRC’s outstanding liabilities are just over $3.7 million, including $2.15 million to BRC manager, board member and investor Michael Pollock.