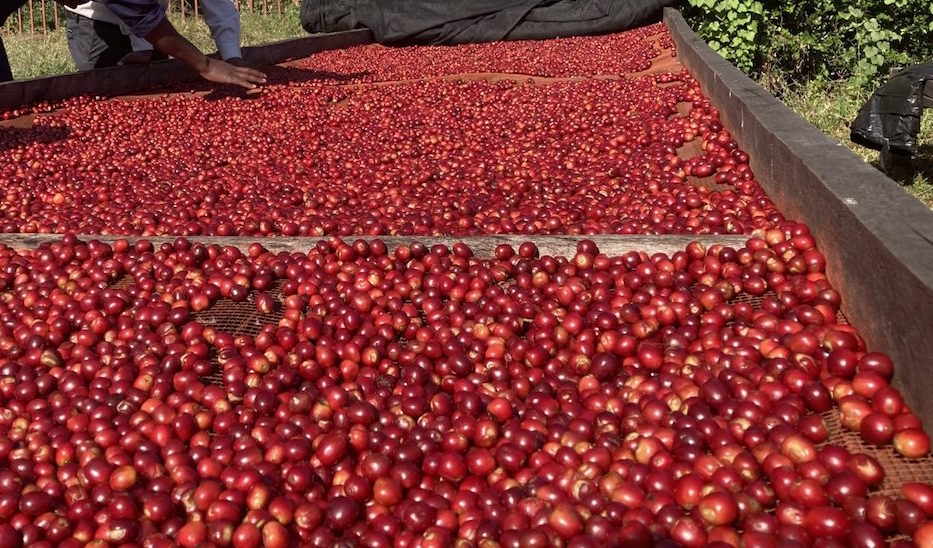 Ripe coffee on drying beds at the Acacia Hills Coffee Estate in Tanzania. Photo courtesy of the Alliance for Coffee Excellence.

Reflecting years of quality improvements made by a group of coffee producers in Tanzania, auction prices soared at the first-ever Alliance for Coffee Excellence (ACE) Ngorongoro Tanzania Private Collection Auction, with the top bid coming in at $65 per pound.

The green coffee auction represented the main, market-focused annual event of the Ngorongoro Coffee Group, who’s annual “Cupping at the Crater” event was reimagined this year due to the pandemic. Comprising growers surrounding Ngorongoro Crater in northern Tanzania along with some international partners, the group has been working year after year towards quality improvements to showcase the high-altitude, wildlife-filled region in Northeast Tanzania.

This year, the nonprofit ACE helped facilitate a socially distant online auction program through its ongoing Private Collection Auctions series, which is similar to its ongoing Cup of Excellence green coffee program but focused on coffees from individual partner groups rather than a country’s producers at large.

“The Private Collection Auction outcome has been the result of the last eight years of cupping and driving towards excellence,” Mark Stell, the founder of Portland Coffee Roasters and a founding member of the Ngorongoro Coffee Group, said in an announcement from ACE following last week’s auction. “Our goal for next year is to have five coffees score above 90 points. We believe in Tanzania. We know we’re in one of the most underestimated regions in the world.”

According to ACE, the previous top price paid at a Ngorongoro auction was $15 per pound. The winning coffee at this year’s event was a washed Gesha peaberry variety from Acacia Hills Coffee Estate. The winning $65 bid for the lot was submitted by a multinational group of roasters, including Paradise Coffee Roasters (United States), Chromatic Coffee (U.S.) Hulili Coffee (South Korea), Hatch (Canada), Urban Coffee Roaster (Hong Kong), and The Summer House (Thailand).

“We as growers are so humbled by the fact that someone enjoyed cupping our coffee so much that they are prepared to step up financially to allow us to achieve such great prices,” said Acacia Hills Estate Partner Aideen Christianakis. “We truly are humbled and delighted. Thank you to all those who bid on and especially to those who ultimately bought our coffees.”

Coming from the Ngila Estate, the second-highest-earning coffee lot in the event was a Kent variety that underwent part of its post-harvest processing in wine barrels and was purchased by the Los Angeles roasting outfit Goodboybob for $40.30.

On average, the 26 coffees in the auction program — each scoring a minimum of 85 points — averaged $8.57 per pound.