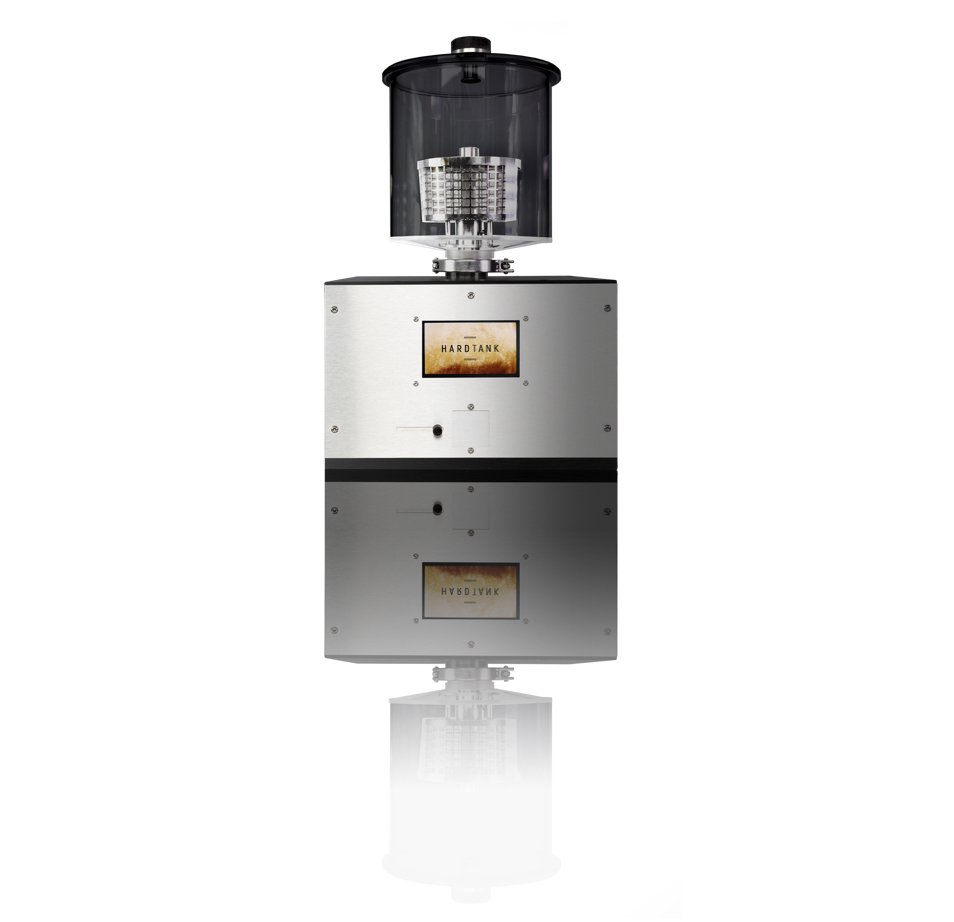 A rendering of the new Baby HardTank. All images courtesy of HardTank/Hard Beans Coffee Roasters.

From Poland, the HardTank equipment brand is adding to its growing family with the springtime launch of a commercial cold brew machine called the Baby HardTank.

The countertop brewer was designed and produced by the science-minded coffee people at Hard Beans Coffee Roasters, which was launched in 2017 as the house roasting brand of the award-winning Polish cafe Kofeina Art Cafe and its associated coffee training academy and research lab. 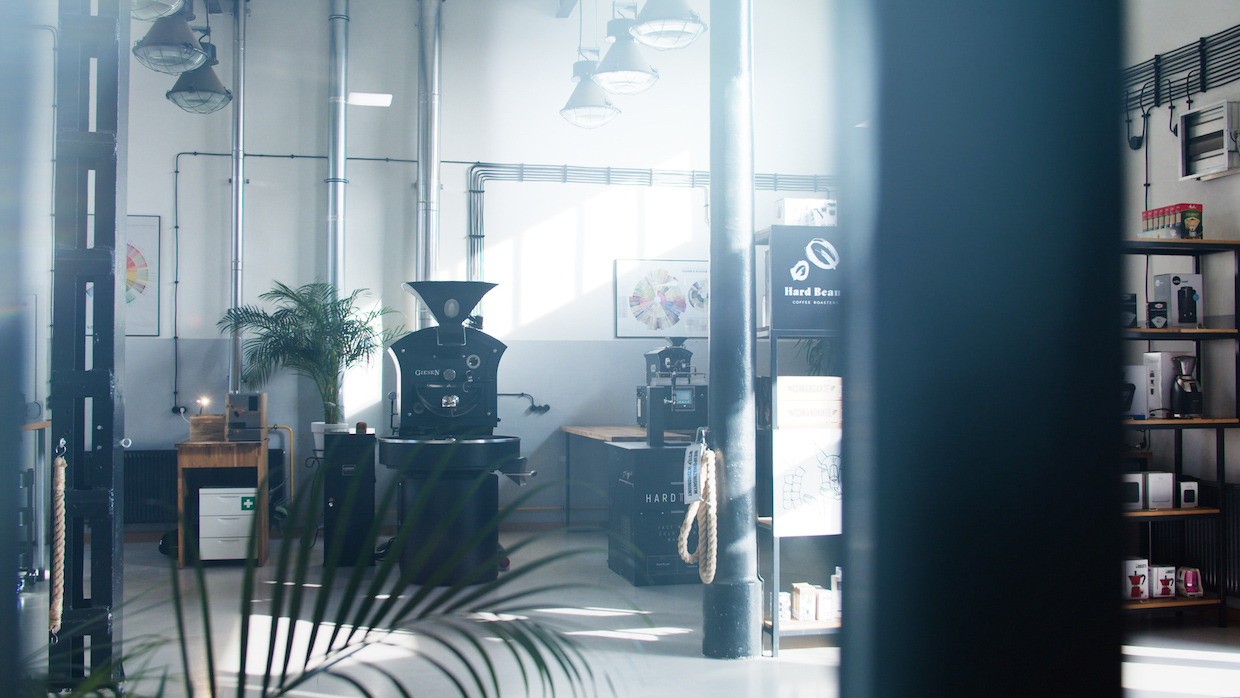 HardTank machines are manufactured just a few miles away from the Hard Beans roastery in the city of Opole, Poland, and United States distribution of the Baby HardTank is expected to begin in May, according to the company. 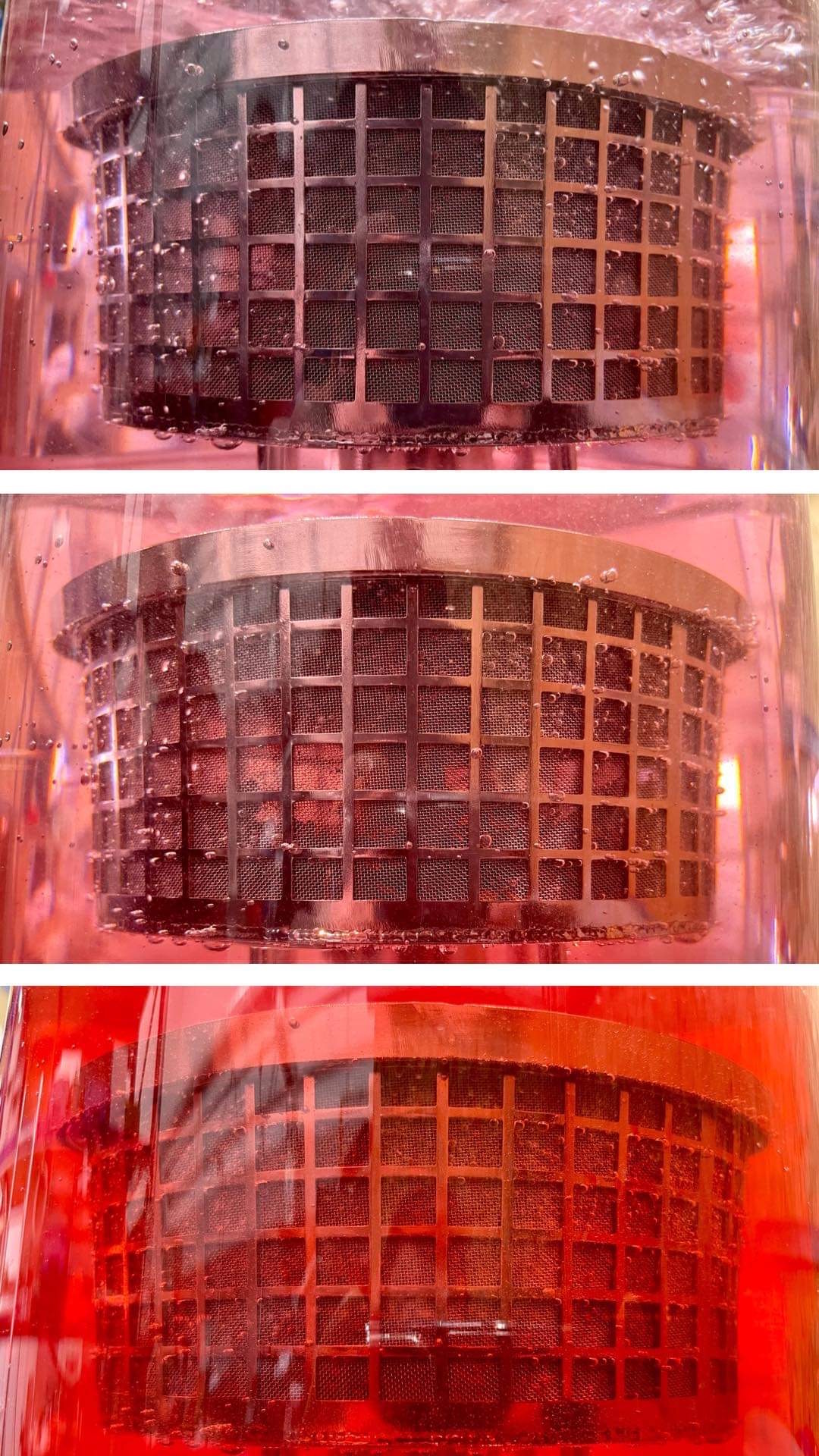 The Baby HardTank chamber at various stages in a brewing process.

The machine performs a patented brewing process inside a transparent chamber, then deposits its finished cold brew coffee, cascara tea or other beverage into a 5-liter keg for dispensation on tap on a coffeehouse bar. A full batch is done in less than an hour, the company says.

The machine follows the original HardTank brewer, which cranks out batches of up to 20 liters at a time. The entire process performed by the original HardTank occurs within its relatively large, boxy case, roughly the size of a consumer dishwasher with a nitro-propelled fountain on top. The countertop-friendly Baby HardTank stands about 2 feet tall from the counter and brews 4.5-liter batches while putting on an engaging show of extraction. 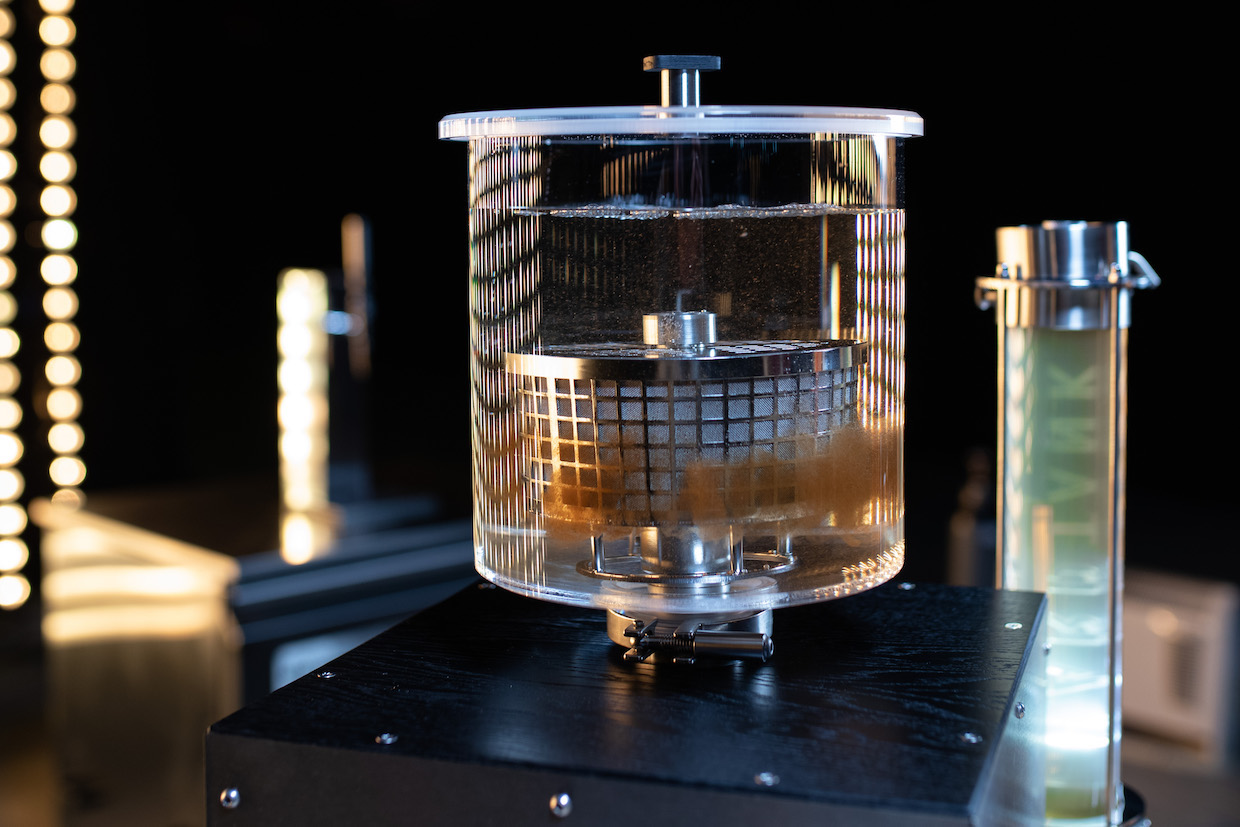 The visible brewing chamber on the Baby HardTank.

“The brew production process occurs in full view of customers, although we are planning to have a covered chamber as well,” Natalia Biss, who does quality control and training for Hard Beans and is manager HardTank, told Daily Coffee News.

Another version of the Baby HardTank expected to launch within the next few months will include a built-in container that connects automatically to a tap system. Said Biss, “What’s more, it will be powered by nitrogen cartridges, so no nitrogen cylinder will be needed in order to power the stout tap.” The creators are also seeking to add real-time TDS monitoring to the system. 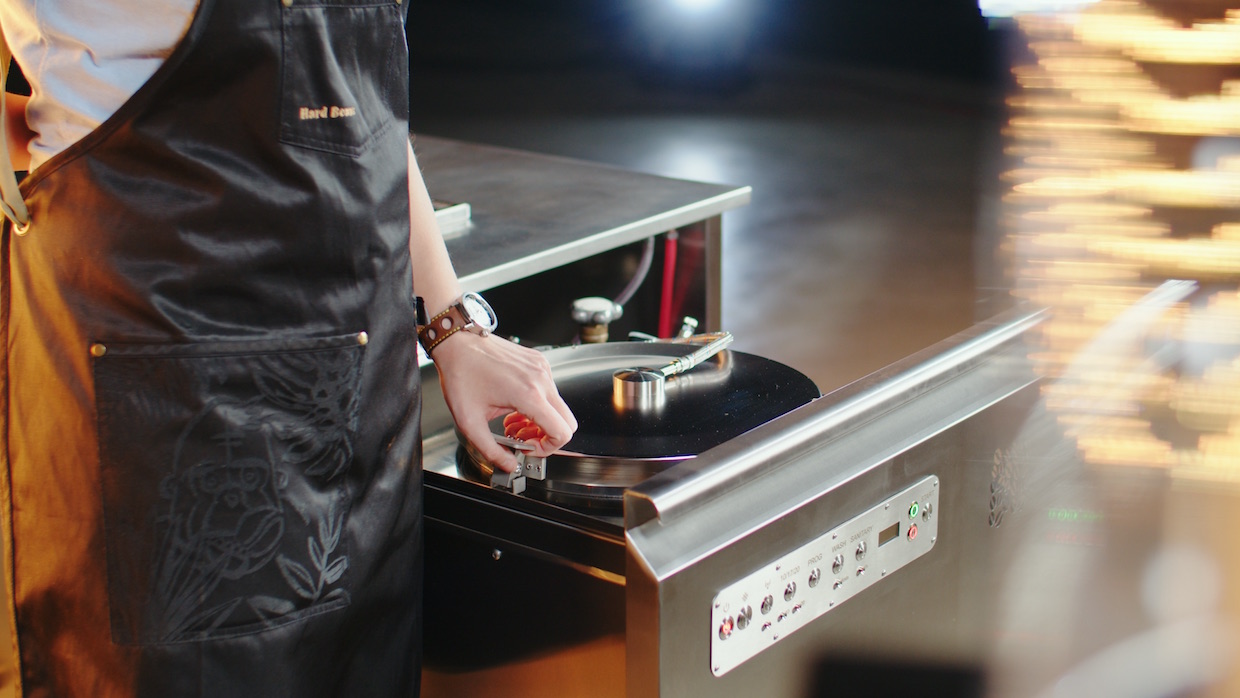 A view of the Baby HardTank’s predecessor, the HardTank brewer.

Though the COVD-19 pandemic has caused some delays in the product launch, the entire HardTank line will soon launch for sale in the United States through the New York-based Pulley Collective. Biss said the Baby HardTank will be priced at €2,990 (roughly $3,630 USD as of this writing) and will be ready to ship to customers in the U.S. by the end of May.

[Editor’s note: This story was updated on March 1 to reflect the fact that real-time TDS monitoring was still in development, as of this writing.]