Bentwood Readies US Market Launch of the Vertical 63 Grinder 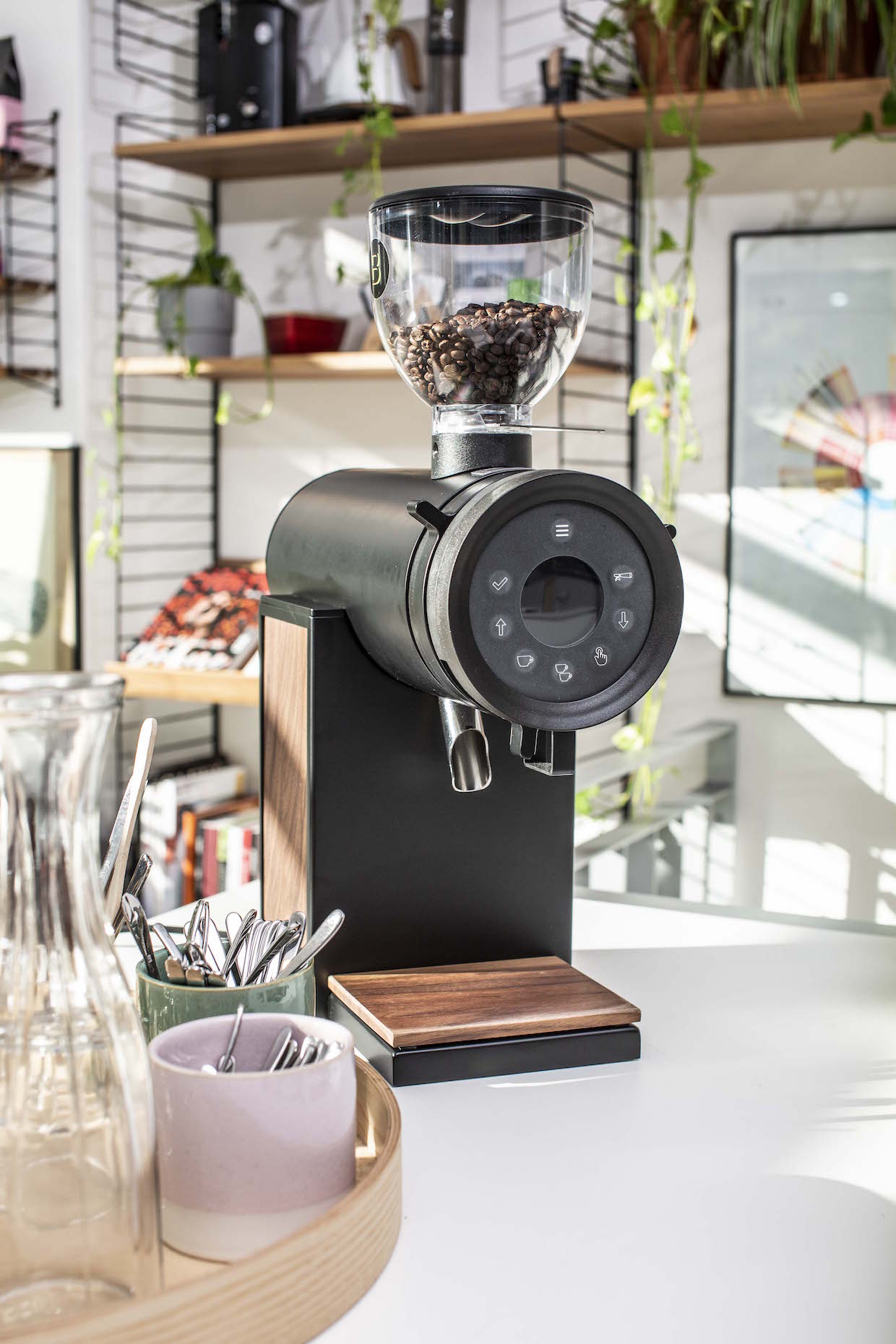 After circulating for some time through product launches overseas, the Bentwood Vertical 63 grinder is poised to reach the United States next month.

With straightforwardness at its core, the Vertical 63 is centered around a pair of vertically oriented 63-millimeter flat burrs. Beans travel in a straight line through those burrs from the hopper to the portafilter or cup, with a body presented in bold shapes. 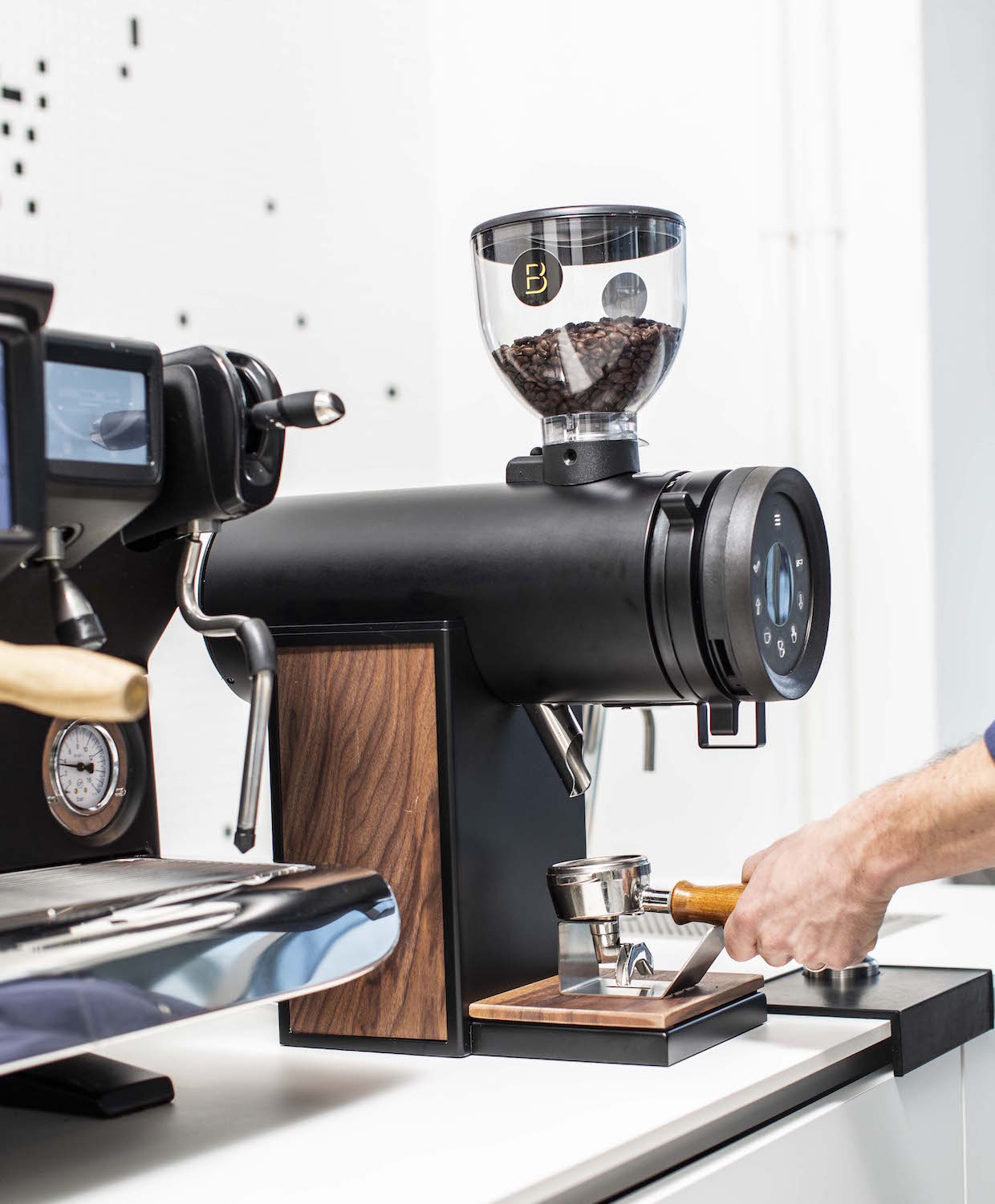 The grinder is designed primarily for commercial cafe applications, but is equally well suited to “the ambitious home barista,” according to Bentwood Founder and Managing Director Manuel Maimann-Stern.

The hopper holds up to 600 grams of coffee on top; the horizontal central cylinder houses the motor, burrs and adjustment dials, and the metal and wood base provides a solid foundation, while concealing electrical details. 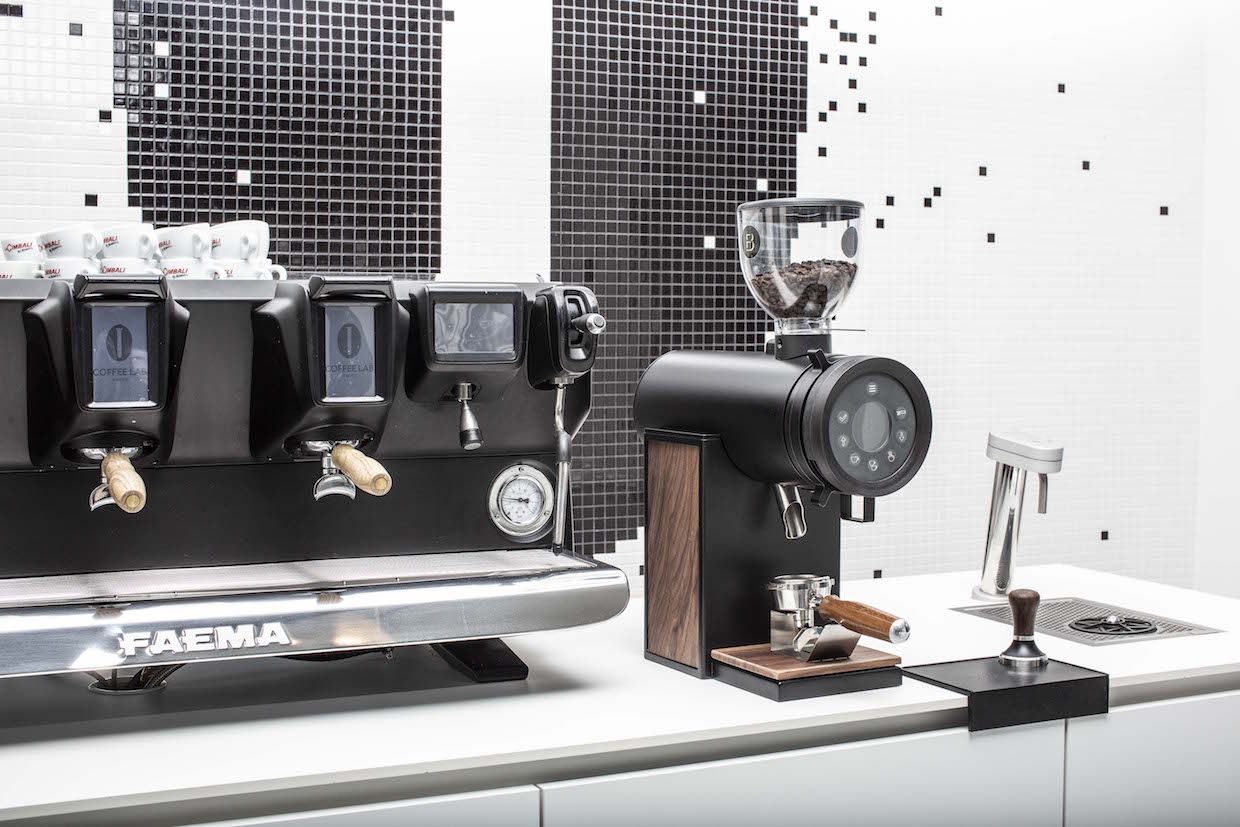 Maimann-Stern told Daily Coffee News that the Swiss startup’s Germany-based team of industrial designers developed this inaugural grinder not only from the ground up but from the grounds out, as it were, with form following function.

“During the two years we tested the prototypes with barista champions, Q Graders and specialty roasters,” Maimann-Stern told DCN. “Only when we were able to deliver a superior taste experience during blind cuppings, both on espresso and filter, we designed the outside to make it as beautiful on the outside as from the inside.”

The custom steel burrs are spun by the motor at 1400 RPM. The motor is actively cooled by a two-fan ventilation system. Particles to exit the machine towards a portafilter holder that can be adjusted without tools.

Eschewing the industry tradition of assigning largely arbitrary numbers to the positions on its adjustment dial, the numbers on the dial of the Vertical 63 indicate the measurement in microns of the peak of the particle distribution curve of grounds produced at that setting. 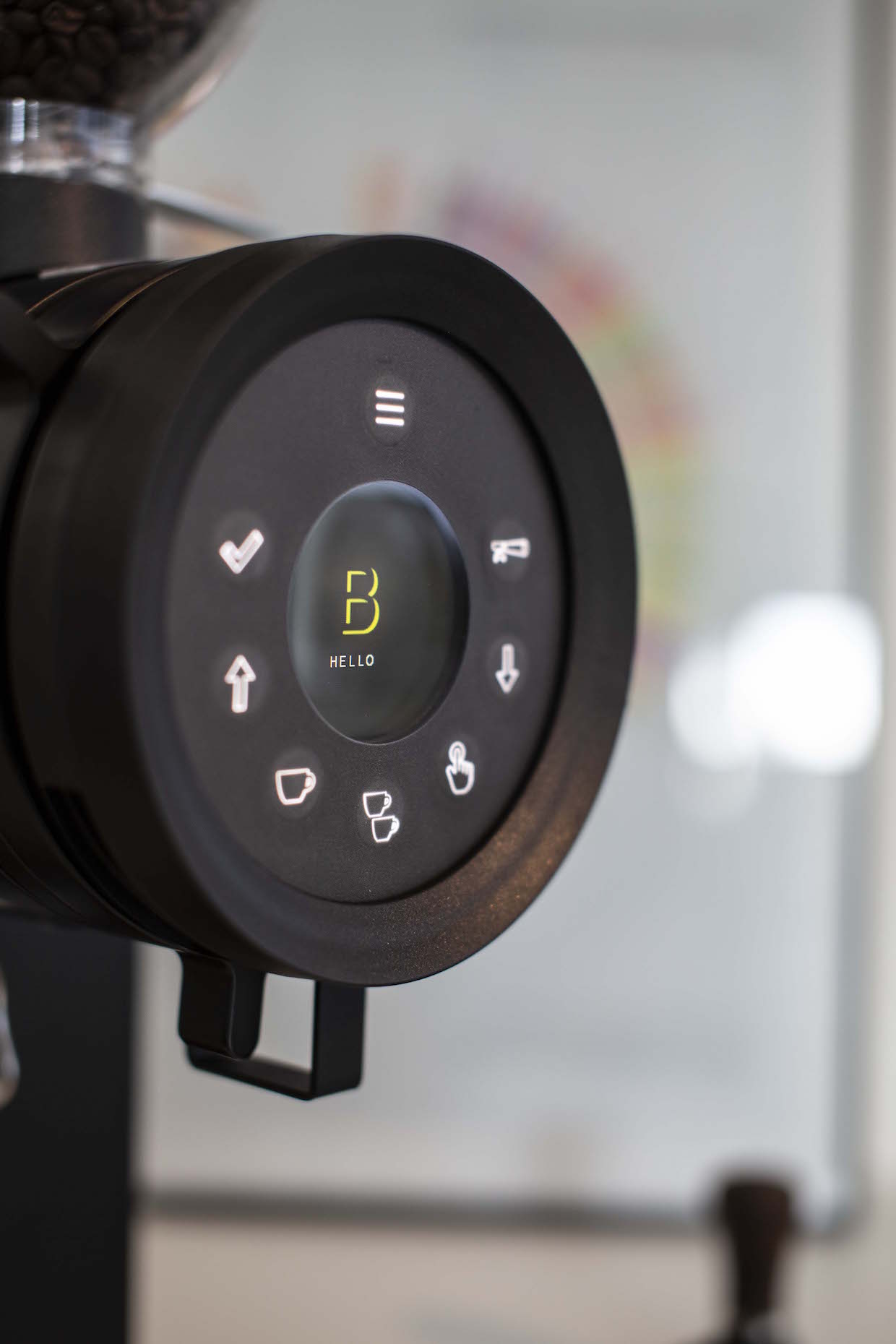 “It is an indication only, but the advantage is huge, as it allows baristas to get much faster to the desired extraction and not waste that much coffee on the way,” said Maimann-Stern. “As well, it allows people to exchange their settings and brewing recipes in a much more meaningful way.”

Maimann-Stern, formerly the vice president of finance and business development for the Hemro Group, founded Brentwood in 2017 with a Switzerland address. The Vertical 63 grinder is manufactured in Treviso, Italy. 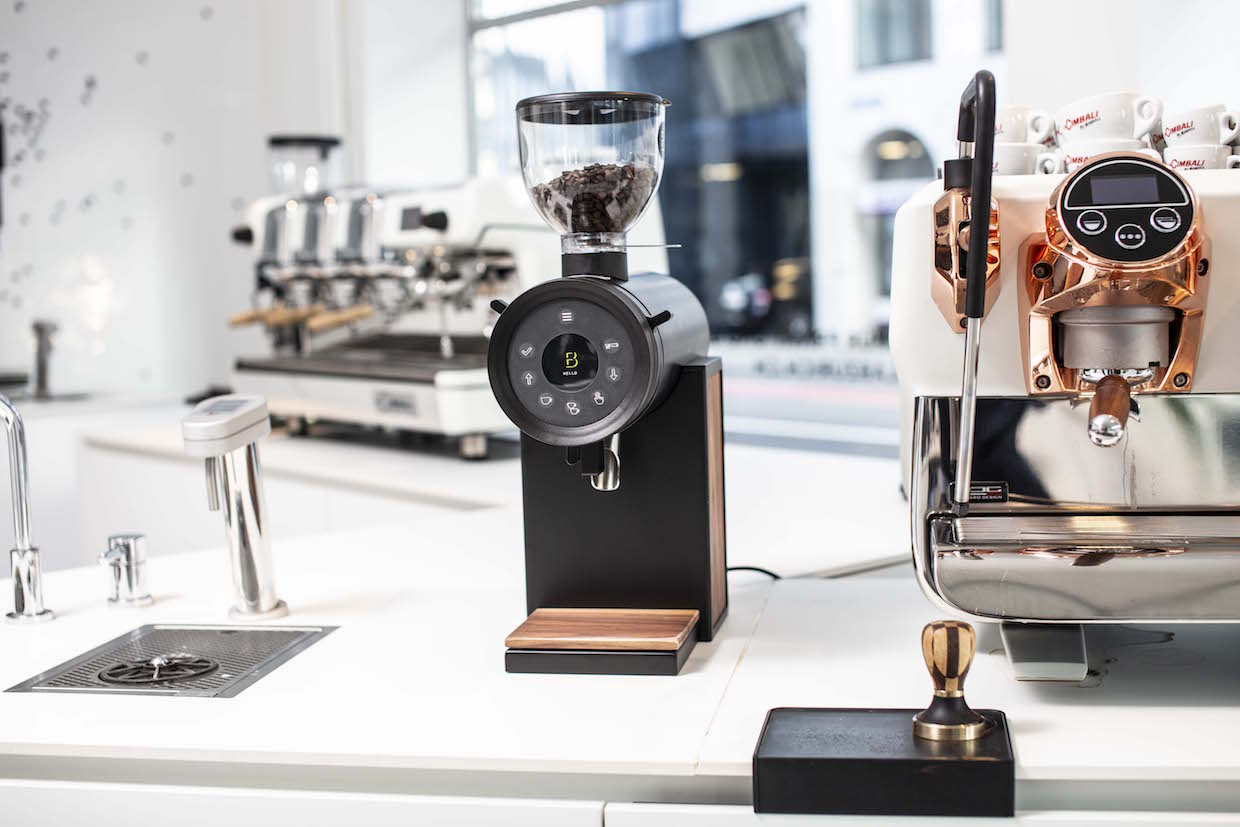 Machines have been available to customers in European and Asian markets since prior to the pandemic. With UL certification finally in hand, the Vertical 63 grinder is expected to be formally introduced to the United States at the SCA Expo in New Orleans later this month, after which time machines will begin shipping to customers from Bentwood’s North Carolina-based distribution partner, GH Grinding & Brewing Solutions.

[Editor’s note: An original version of this story misspelled the Bentwood name as “Brentwood” in photo captions, and included mention of a vibrating grounds spout that is no longer a feature in current production runs.]

Do you have a new product or other company news to share? Let our editors know here.