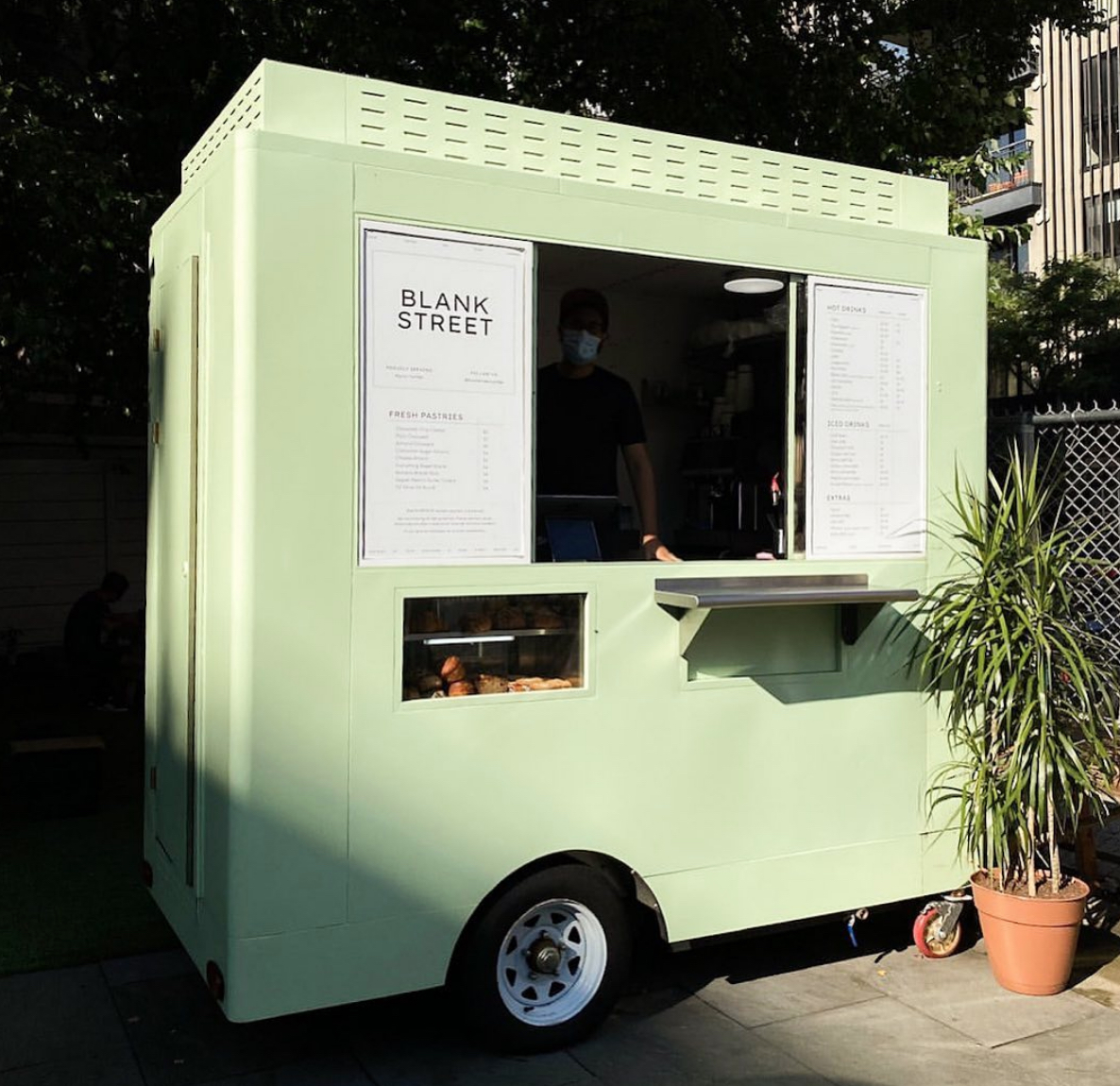 The company, which offers small-format stores and mobile carts for quick-service convenience, says it hopes to operate 100 retail locations throughout New York City by the end of 2022.

The brand debuted its first mobile cart in Williamsburg, Brooklyn, in August 2020, and has since grown to 14 locations, each of which offer coffee roasted by Brooklyn-based Parlor Coffee.

Blank Street was founded by Vinay Menda and Issam Freiha, two immigrants who moved to the U.S. to attend universities in New York. After graduating, the two founded the venture capital fund Reshape, with a focus on technology and real estate investments.

According to an announcement from Blank Street, the founders were inspired by grab-and-go coffee and tea chain brands such as Kopi Kenangan (Indonesia) and Heytea (China), whose rapid growth was made possible in part by relatively tiny retail locations.

Blank Street says its brick-and-mortar locations are designed to be about one-quarter the size of traditional retail coffee chain shops, while its mobile street carts come through a partnership with New York-based EV Foods.

Earlier this year, Blank Street announced it had received $7 million in seed funding. The new $25 million round is being led by the investment firms General Catalyst and Tiger Global, with participation from individual investors, including founders of Warby Parker, Harry’s, Allbirds and the real estate firm Tishman Speyer.

The influx of capital will be used to support additional retail growth, consumer-focused technology and a new wholesale vendor program called “Powered by Blank Street.” The company says it is introducing the wholesale model with Brooklyn-based King David Tacos (KDT).

Aside from KDT and Parlor, current wholesale partners named on the Blank Street menus are Gertie (bagels) and King Street Baking Co. (pastries and other baked goods).