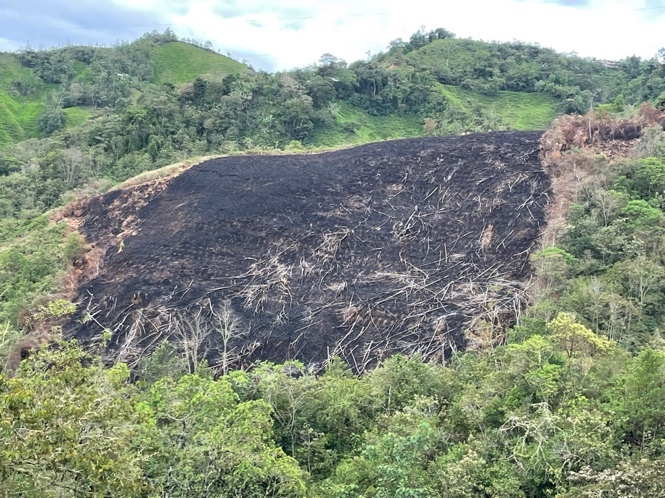 On Tuesday, Nov. 2, the COP26 climate summit’s first major deal among 100 world leaders involved a commitment to end or reverse deforestation by 2030.

Industrial agriculture alone is responsible for approximately 80% of all tropical deforestation, contributing to record-breaking tree cover loss in recent years.

The coffee industry has historically played a part in deforestation, but does also have the unique opportunity to incorporate sustainable forest management practices into healthy agricultural production.

There is some evidence that coffee farmers may be able to maintain high crop production volumes (yields) through a combination of coffee plant selection and agroforestry management, i.e., the integration of trees and shrubs with crops. This might be one avenue through which the global coffee industry can follow the call to action made by global leaders at COP26.

On a broader scale, The World Economic Forum has launched an initiative to plant and conserve 1 trillion trees to help fight climate change and restore biodiversity.

What is ‘Deforestation-Free’ Coffee?

These adaptationist and conservationist actions are steps in the right direction, but what are consumers, particularly coffee consumers, expected to think? Consumers wishing to participate in “deforestation-free” efforts are often asked to do so through their purse strings.

In coffee, the dizzying array of certification schemes, labels, marketing jargon and other sustainability claims have muddied the waters when it comes to the concepts of forest conservation, deforestation or reforestation in the very lands where coffee is grown.

For example, certification schemes such as Fairtrade, Rainforest Alliance or B Corp, while addressing a broad range of environmental, economic and social sustainability standards, do not necessarily translate well for agricultural land use management concepts or claims such as deforestation-free, shade-grown, carbon negative/neutral or climate-smart.

Some insight might be found in a 2014 convention summary called The Forests Dialogue, which specifically addressed the problematic definition “deforestation-free.”

The paper summarized the work and sentiments of 39 experts in forests representing industry, NGOs, civil society and inter-governmental agencies. It addressed the fact that governmental and corporate “deforestation-free” pledges are essentially new within the past decade.

It underscores the inherent complexity involved in attempting to broadly define land-use systems (in this case, “deforestation-free”), when such systems are often strategically customized to the needs of local growing conditions and local cultural contexts.

Here’s a section of the report that highlights the challenge to the concept of “deforestation-free” agriculture.

Varying terms used to communicate deforestation-free pledges make it difficult for stakeholders to know what exactly is being committed to. Participants expressed frustration that these terms sometimes overlap with one another and do not always communicate a clear meaning…

In short, not all forests are the same; nor is all coffee.

The 2014 report goes on to emphasize that while “deforestation-free” is a noble concept, it cannot exist in a sustainability silo, especially given all the local contexts under which agricultural crops are produced.

The ultimate objective is not an end to deforestation per se, but realization of sustainable land management as a component of sustainable development… Some participants noted that one of the reasons we have not seen more deforestation-free commitments than we have is that governments are wary of making pledges that could be interpreted as hindering economic development, and that companies are concerned about sending mixed messages to their customers.”

If nothing else, COP26 is a fine occasion to remember that sustainable land management should always be a component of sustainable development.

Jon Ferguson
Jon Ferguson is the North American Green Coffee Representative for the ElevaFinca Alliance of Cooperatives in Peru and Colombia.  He is currently based in Lincoln, Nebraska, USA.