The Vacuum-Sealed NoAir Coffee Brewer is Pumped and Ready 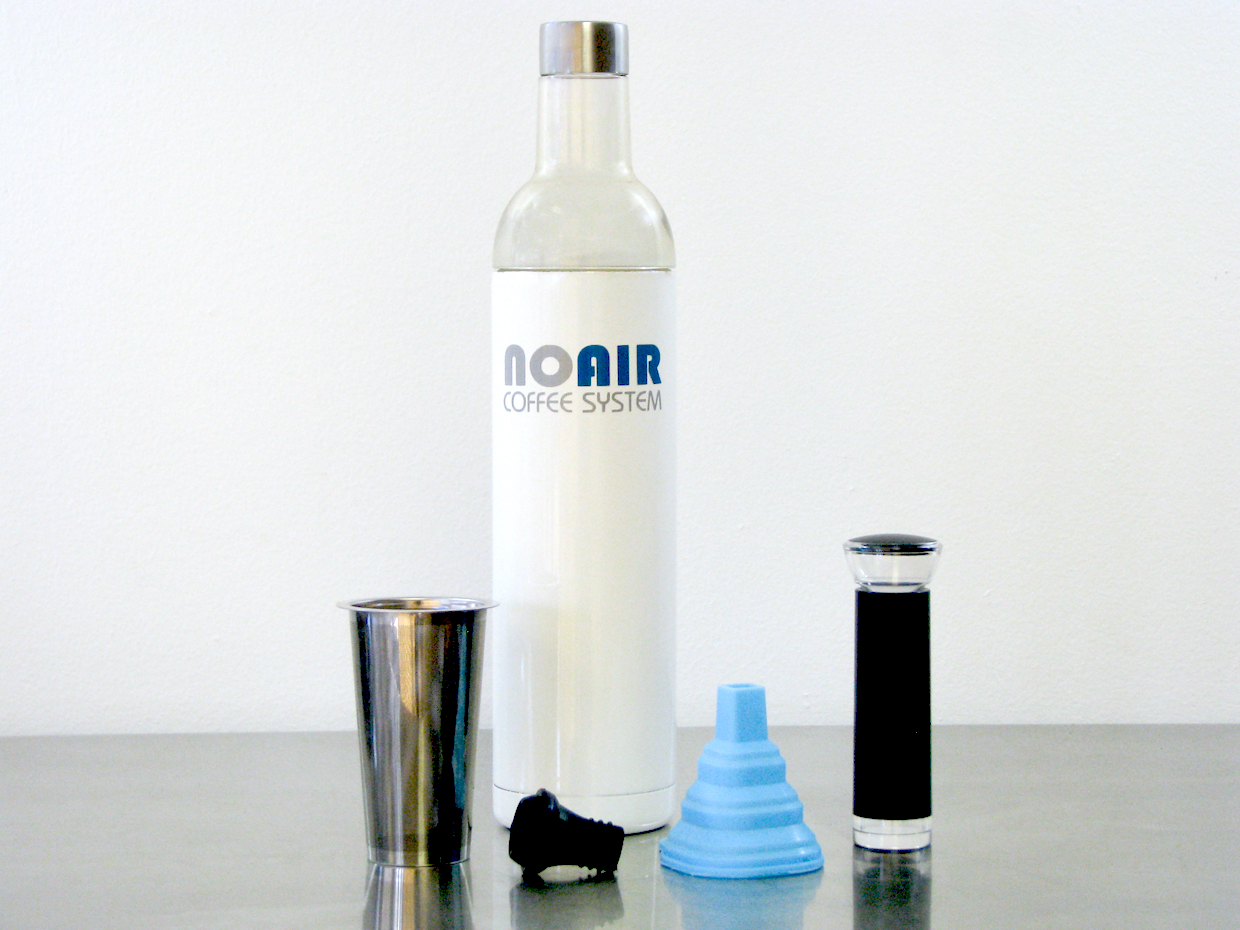 Entering the home market this winter is a novel brewing device called NoAir, featuring a wine bottle-shaped brewer with a vacuum pump and stopper system.

An initial production run of 2,845 brewers is shipping later this month to customers who pre-ordered the brewer via a Kickstarter campaign that as of this writing had raised just under $12,000.

Just as a vacuum pump system is used to remove oxygen from an open wine bottle, the NoAir stopper and pump serve to remove both oxygen and the carbon dioxide released from ground coffee as it mixes with hot water.

According to the Springfield, Missouri-based makers of the brewer, the negative pressure applied by the vacuum state not only extracts desirable flavor compounds and aromatics faster and more thoroughly, the removal of CO2 also prevents the formation of stomach-unsettling carbonic acid.

“By creating a state of vacuum, it lowers the atmospheric pressure inside the vessel, which enables Henry’s Law of gasses to kick in and allows the carbon dioxide trapped in the ground coffee to break free,” NoAir Coffee President and Inventor Tony Dodd told Daily Coffee News. “The design of our vessel provides a clear path of escape for the carbon dioxide, which travels through the brew water and then enters into the clear Tritan top section which acts as a sort of vacuum chamber, and then out of the vessel during one of the pump cycles.”

The bottom of the NoAir bottle is a dual-walled stainless steel vessel into which the user adds ground coffee. A stainless steel mesh filter with 200-micron fineness is placed on top of the coffee before the clear Tritan plastic upper portion of the bottle is threaded into place, with the seal secured by a silicone gasket.

Hot water is poured through a funnel into the top of the bottle, which is then immediately sealed by the user with the stopper. As hot water interacts with coffee and CO2 gas is released, a few pumps through the stopper draw the gas out, forming a vacuum. Inside the bottle occurs the spectacle of what NoAir calls a “super bloom,” as CO2 erupts into foam as the gas exits through the stopper valve while the user pumps.

Recommendations are for three cycles of 6-8 pumps, waiting 30 seconds between each cycle. An 18-ounce cup of hot coffee is ready in about two-and-a-half minutes, and a slight hiss can be heard as atmospheric pressure is restored when removing the stopper. The vacuum seal also prevents oxidation while making cold brew, according to the company.

Dodd, whose professional background includes decades of business management in the custom manufacturing sector, applied for the provisional patent on his original design in 2019 while continuing to refine the NoAir system. Though he does not have a background in coffee specifically, Dodd said he “drank the hell out of it for over 40 years, until the point where I couldn’t stomach hot brewed coffee anymore, which is why I began to pursue this whole project in the first place.” 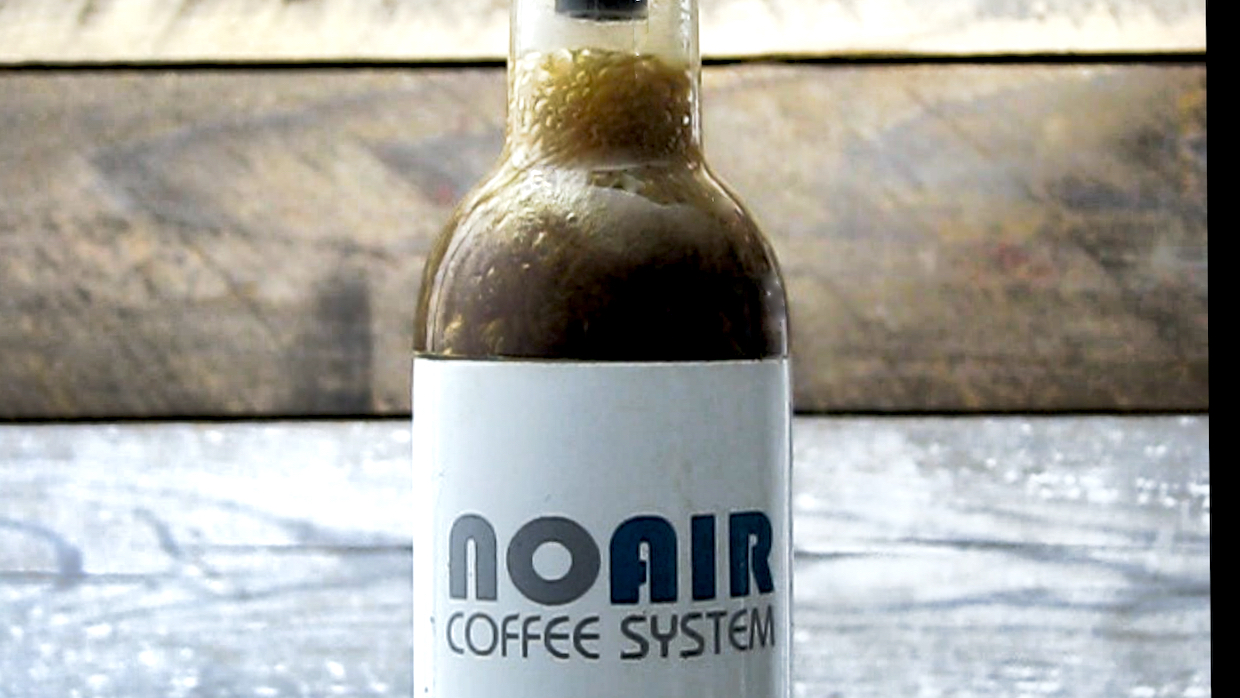 The family-run NoAir company assumed the risk of manufacturing the first run of brewers in order to ensure prompt delivery to Kickstarter backers, which Dodd said is on track to occur by next month. Online retail sales of the NoAir Coffee System will launch via the company’s own website by the end of January 2022, then via an IndieGoGo campaign scheduled for March/April 2022. The final retail price is expected to be $99.99, a number Dodd said will hopefully come down as volume increases and supply chain strains ease up.

“We want to establish ourselves and our unique brewing process as a legitimate alternative to the ‘hydro-aeration’ brewing methods currently in existence,” said Dodd. “We have numerous additional designs in the works, not only for improvements, but also for new products that utilize our Full Immersion Vacuum brewing process.”