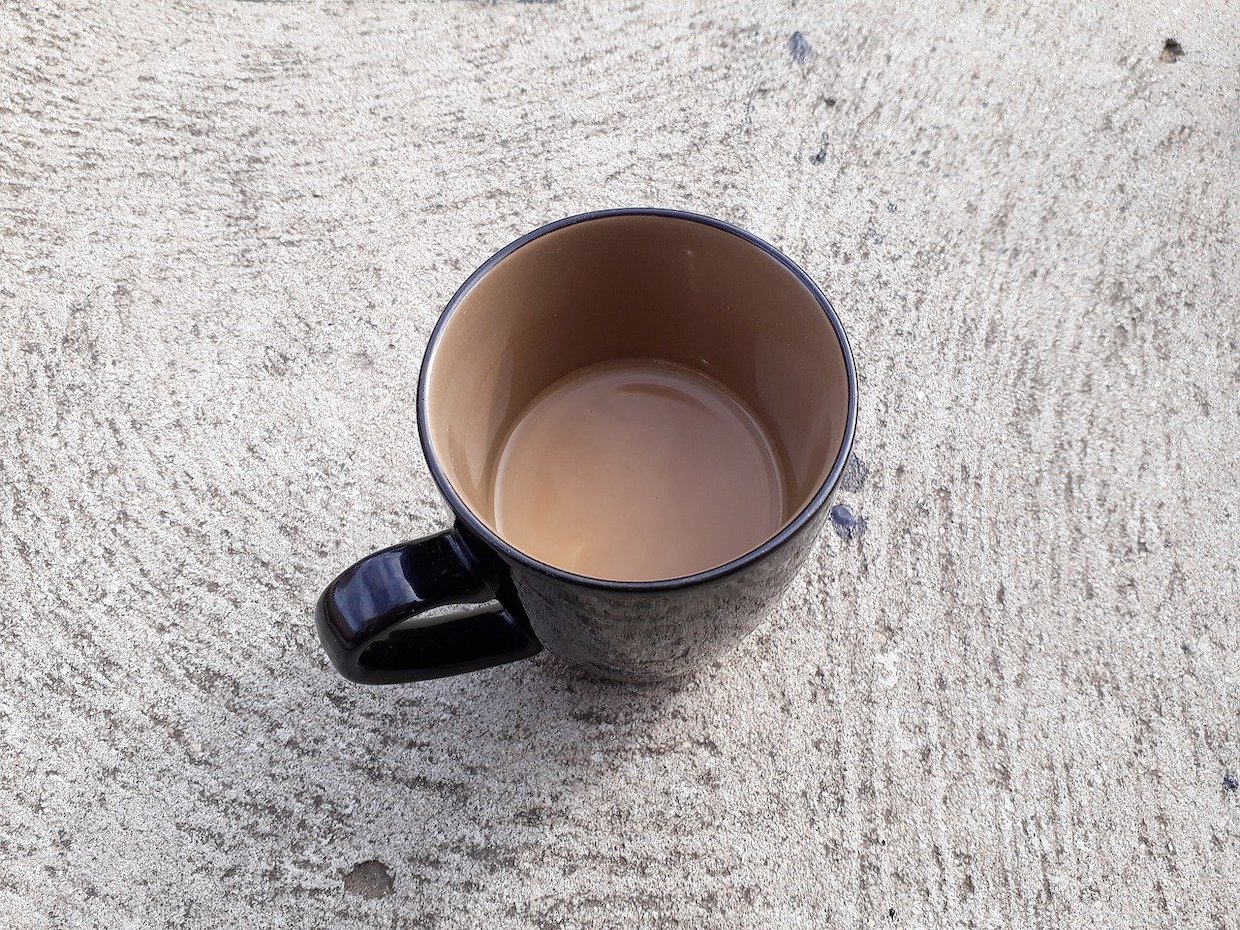 You’ve probably heard it before: drinking coffee is good for your health. Studies have shown that drinking a moderate amount of coffee is associated with many health benefits, including a lower risk of developing type 2 diabetes and cardiovascular disease. But while these associations have been demonstrated many times, they don’t actually prove that coffee reduces disease risk. In fact, proving that coffee is good for your health is complicated.

While it’s suggested that consuming three to five cups of coffee a day will provide optimal health benefits, it’s not quite that straightforward. Coffee is chemically complex, containing many components that can affect your health in different ways.

While caffeine is the most well-known compound in coffee, there is more to coffee than caffeine. Here are a few of the other compounds found in coffee that might affect your health.

Alkaloids. Aside from caffeine, trigonelline is another important alkaloid found in coffee. Trigonelline is less researched than caffeine, but research suggests that it may have health benefits, such as reducing the risk of type 2 diabetes.

Polyphenols. Some research shows that these compounds, which are found in many plants, including cocoa and blueberries, are good for your heart and blood vessels, and may help to prevent neurodegenerative diseases such as Alzheimer’s. Coffee predominantly contains a class of polyphenols called chlorogenic acids.

Diterpenes. Coffee contains two types of diterpenes – cafestol and kahweol – that make up coffee oil, the natural fatty substance released from coffee during brewing. Diterpenes may increase the risk of cardiovascular disease.

Melanoidins. These compounds, which are produced at high temperatures during the roasting process, give roasted coffee its colour and provide the characteristic flavour and aroma of coffee. They may also have a prebiotic effect, meaning they increase the amount of beneficial bacteria in your gut, which is important for overall health.

The way your coffee is grown, brewed and served can all affect the compounds your coffee contains and hence the health benefits you might see. 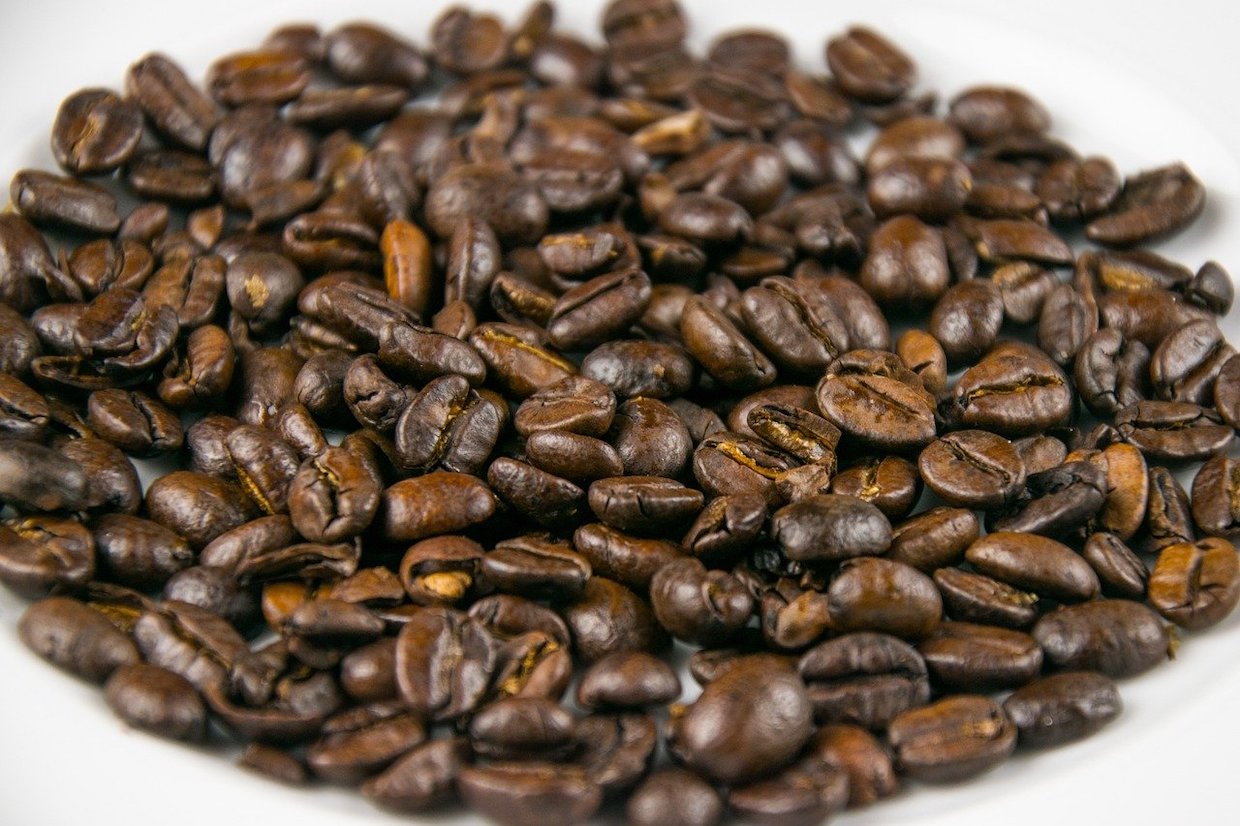 The extent that coffee is roasted is also key. The more severe the roasting, the more melanoidins formed (and the more intense the flavour). But this lowers chlorogenic acids and trigonelline content.

In the UK, instant coffee is the most commonly consumed type of coffee. This is typically freeze-dried. Research shows that instant coffee contains higher levels of melanoidins per serving compared with filter coffee and espresso.

Every compound has different effects on your health, which is why the way coffee is produced and brewed can be important.

Chlorogenic acids, for example, are thought to reduce the risk of cardiovascular disease by improving the function of your arteries. There’s also evidence they may reduce the risk of type 2 diabetes by controlling blood sugar spikes after eating.

On the other hand, diterpenes have been shown to increase levels of low-density lipoprotein, a type of cholesterol associated with cardiovascular disease. While less research has focused on trigonelline and melanoidins, some evidence suggests both may be good for your health. 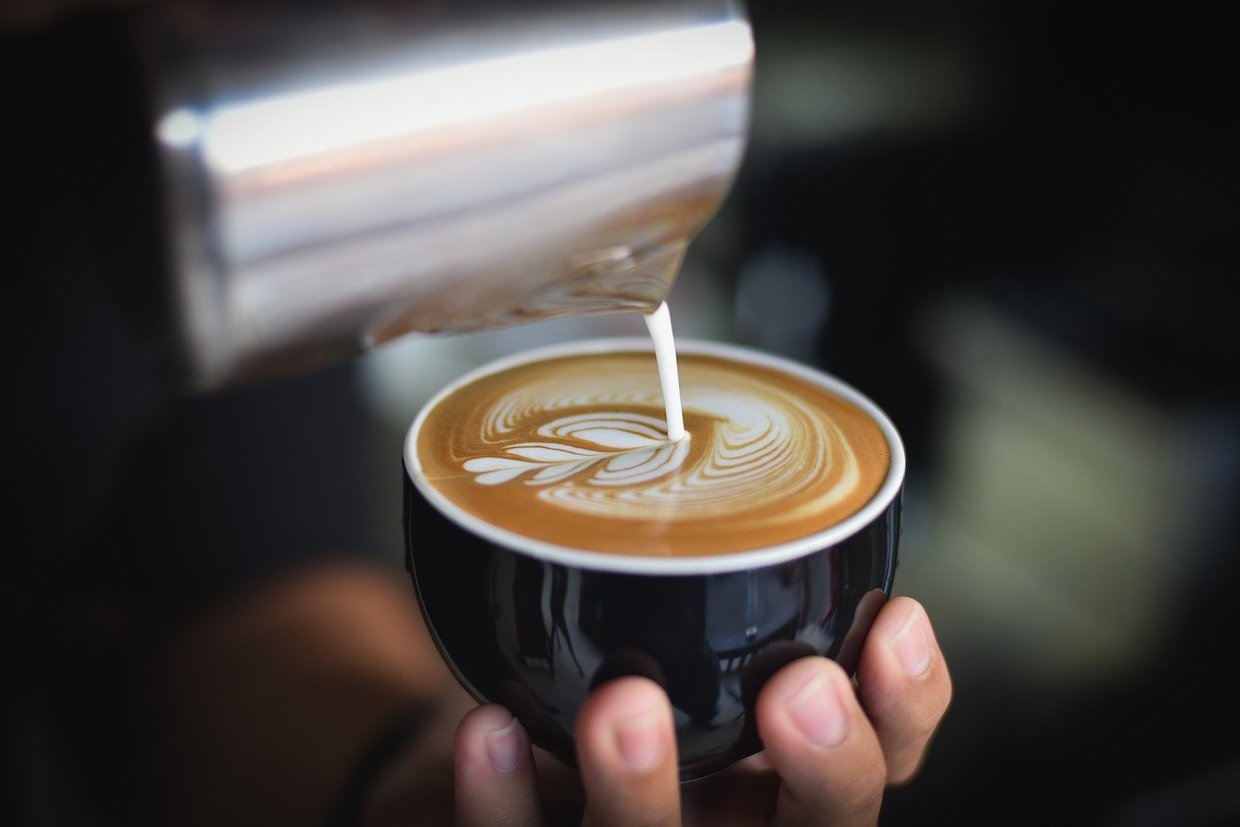 Adding cream, sugar and syrup will change the nutritional content of your cup. Not only will they increase the calorie content, they may also increase your intake of saturated fats and sugars. Both of these are associated with increased risk of type 2 diabetes and cardiovascular disease and may counter the beneficial effects of the other compounds your cup of coffee contains.

There’s also evidence that people may respond differently to some of these compounds. Regularly drinking three to four cups of coffee daily has been shown to build tolerance to the blood pressure raising effects of caffeine. Genetics may also play a role in how your body handles caffeine and other compounds.

Increasing evidence also points to the gut microbiome as an important factor in determining what health effects coffee may have. For example, some research suggests the gut microbes play an important role in chlorogenic acid metabolism, and hence may determine if they will benefit your health or not.

Researchers need to conduct large studies to confirm the findings of these smaller studies, which seem to show that coffee is good for your health. But in the meantime, minimise the sugar and cream you use in your coffee. And if you’re in good health and aren’t pregnant, continue to take a moderate approach to coffee consumption, choosing filter coffee where possible.

This article is republished from The Conversation under a Creative Commons — Attribution/No derivatives. The headline has been adapted from the original. Read the original article here. Any statements or opinions expressed belong solely to the authors.

Dr Charlotte Mills is currently in receipt of a BBSRC DTP award to support a PhD student to investigate the impact of coffee on cardiometabolic health. She has previously worked on a BBSRC DRINC funded project on coffee processing and health which was also supported by Nestec Ltd, a subsidiary of Nestlé Ltd via BBSRC DRINC.