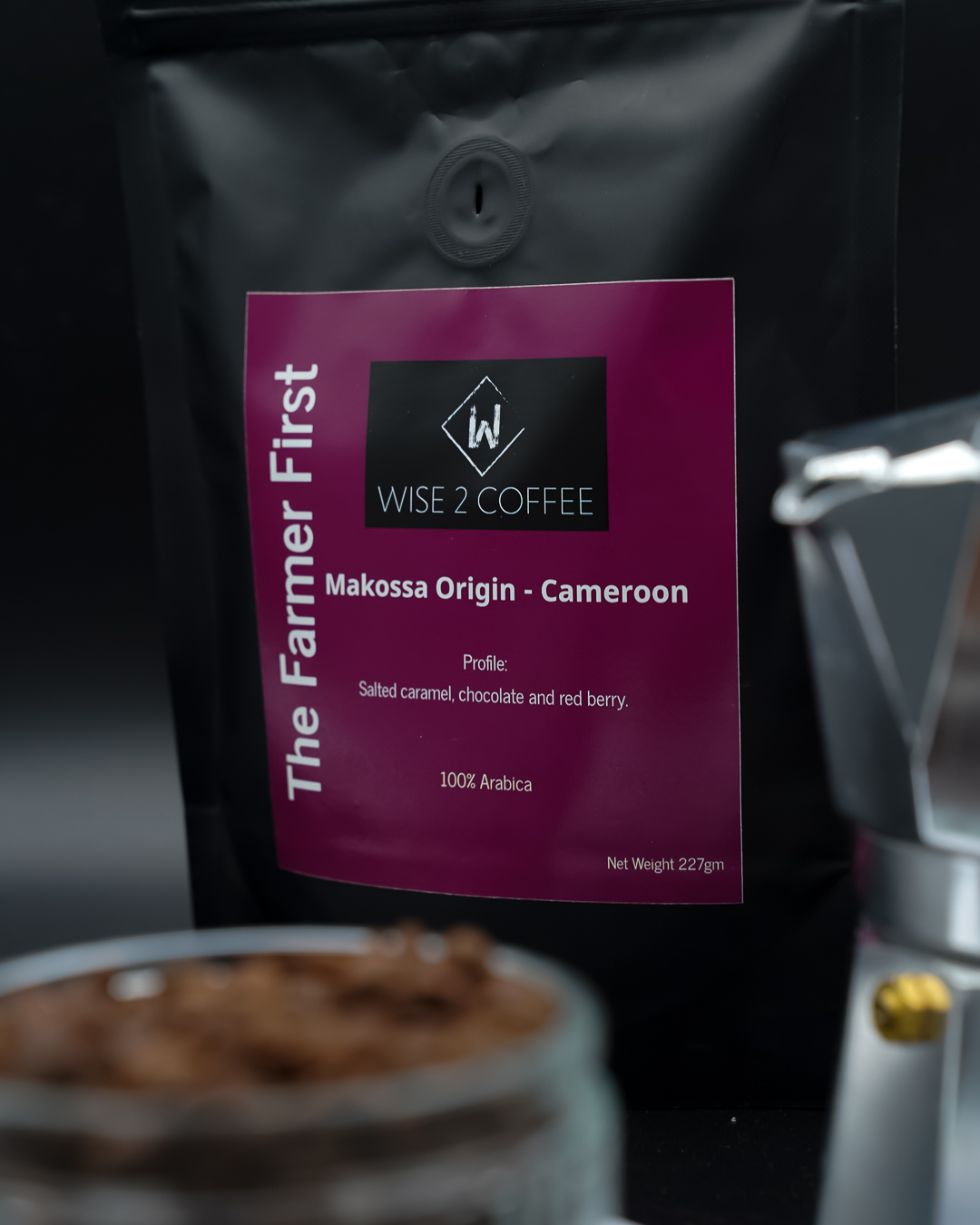 With The Farmer First line of coffee from Wise2Coffee, a portion of proceeds from retail sales are sent as an extra payment to farmers. All images courtesy of Wise2Coffee.

After more than a decade spent working primarily in business-to-business sales on behalf of some of the coffee industry’s largest brands, UK coffee professional Richard Mattis is now focused on building value for people on the other end of the supply stream: farmers.

Through the launch of the company Wise2Coffee and its flagship coffee brand, The Farmer First, Mattis has brought to life a business model that he’s referring to as Reverse Trade, which is designed to, in his words, “Play fair, put the farmer first, supply quality product, and give back.”

A major component of the Reverse Trade model is that a percentage of the sales of The Farmer First brand coffees is returned to the producers of those coffees. On top of the original green coffee purchase price, the additional income is designed to help eliminate living income gaps, which are all too prevalent in the coffee sector.

In addition to the cash disbursement, Wise2Coffee is appointing what Mattis referred to as local “advocates” to build trust with producers for direct trade relationships that can be supported by the model.

“Reverse Trade has a two-pronged approach,” Mattis told DCN. “First, it is present at the farm level; advocates appointed by Wise2Coffee are on the ground working with the producer/cooperative, facilitating a power shift and trust in the process of selling their green coffee. Second, it is involved at the market level, in which the brand allocates a predetermined amount as a second payment to the producer.”

In short, the model reflects a market-driven solution through which green coffee buyers can pay more money to producers.

In connecting both ends of the coffee value chain — i.e. production and the retail sale — the Reverse Trade concept closely resembles another model recently unveiled by the progressive United States startup roaster Torque Coffee. That company currently circumvents the traditional pricing structure by designating a fixed percentage of the retail price as the price it pays for green coffee.

“Through giving back more of the value to the producers, Reverse Trade consumers empower farmers and their communities by increasing their household incomes,” said Mattis, who began his coffee career in sales for Nespresso before working for brands including Starbucks, Lavazza, and Pelican Rouge. “This enables them to live more dignified lives that we in the consuming countries take for granted.” 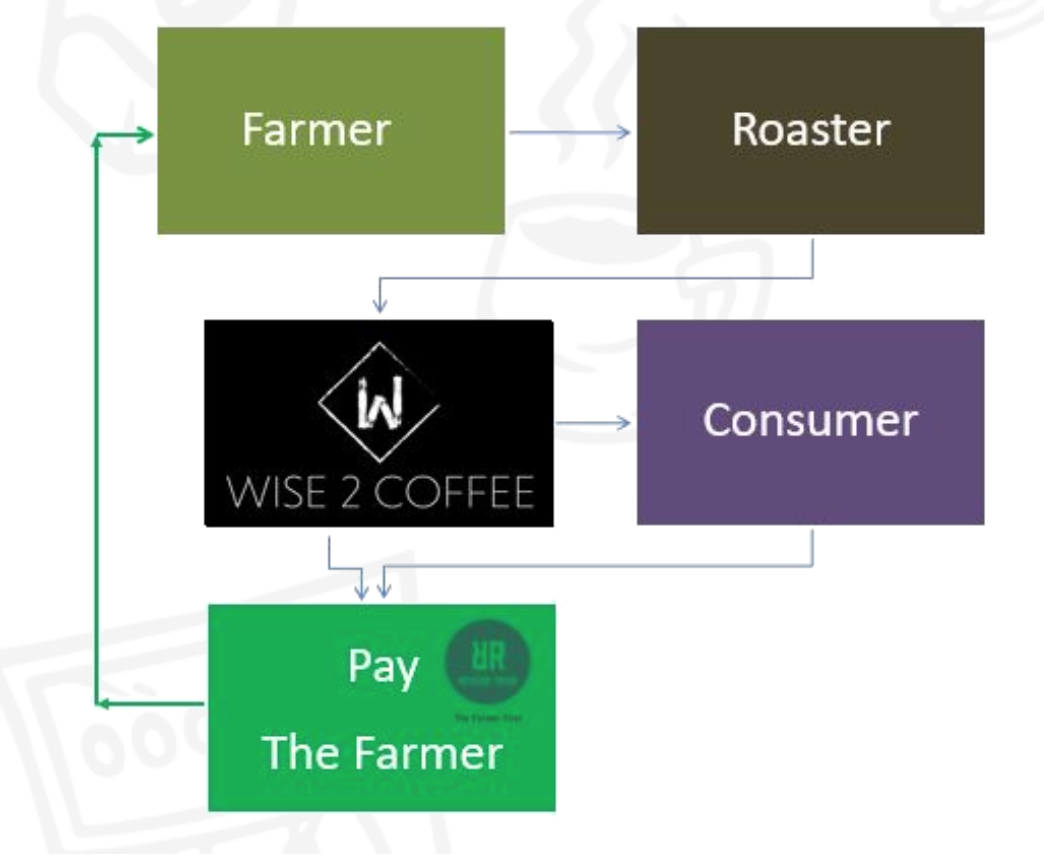 The model is currently structured so that the second payment, sent following retail sales of the coffee, represents a pre-determined percentage — for example, 30% — of the original green coffee purchase price.

According to Mattis, adding approximately 30% on top of the original farmgate price equates to about 8% of the retail price.

As Wise2Coffee expands its operations through the supply chain, the goal will be to increase the second payment percentage. Yet Mattis’s larger goal with the business is to make Reverse Trade a movement within the coffee industry.

Currently, Wise2Coffee’s Farmer First-brand coffee is sold directly to consumers online, while plans include distribution to hotels, restaurants and the office coffee sector in the UK. Wise2Coffee is currently partnering with a UK roaster for production services and to facilitate payment logistics with producers.

Thus far, Wise2Coffee has applied the Reverse Trade method with producers in parts of Africa and South America, while Reverse Trade “advocates” — local coffee experts who act as advisors and brand ambassadors — are currently working in Kenya, Uganda and, soon, Ethiopia.

Mattis noted that the Reverse Trade payback initiative aligns with multiple UN Sustainable Development Goals (SDGs), particularly in regard to the eradication of poverty and the promotion of decent work and economic growth.

However, he also suggested the model defies the norms of traditional coffee purchasing, which has in many cases been a root cause of poverty and economic dependency.

“It is overwhelmingly apparent that one thing needs to happen,” said Mattis. “Flip the script on the traditional coffee supply chain.”

Does your coffee business have news to share? Let DCN’s Editors know here.

Lindsey Mesta
Lindsey Mesta is a specialty coffee professional who has over a decade of experience at origin and is motivated by efforts to improve equity across the supply chain.