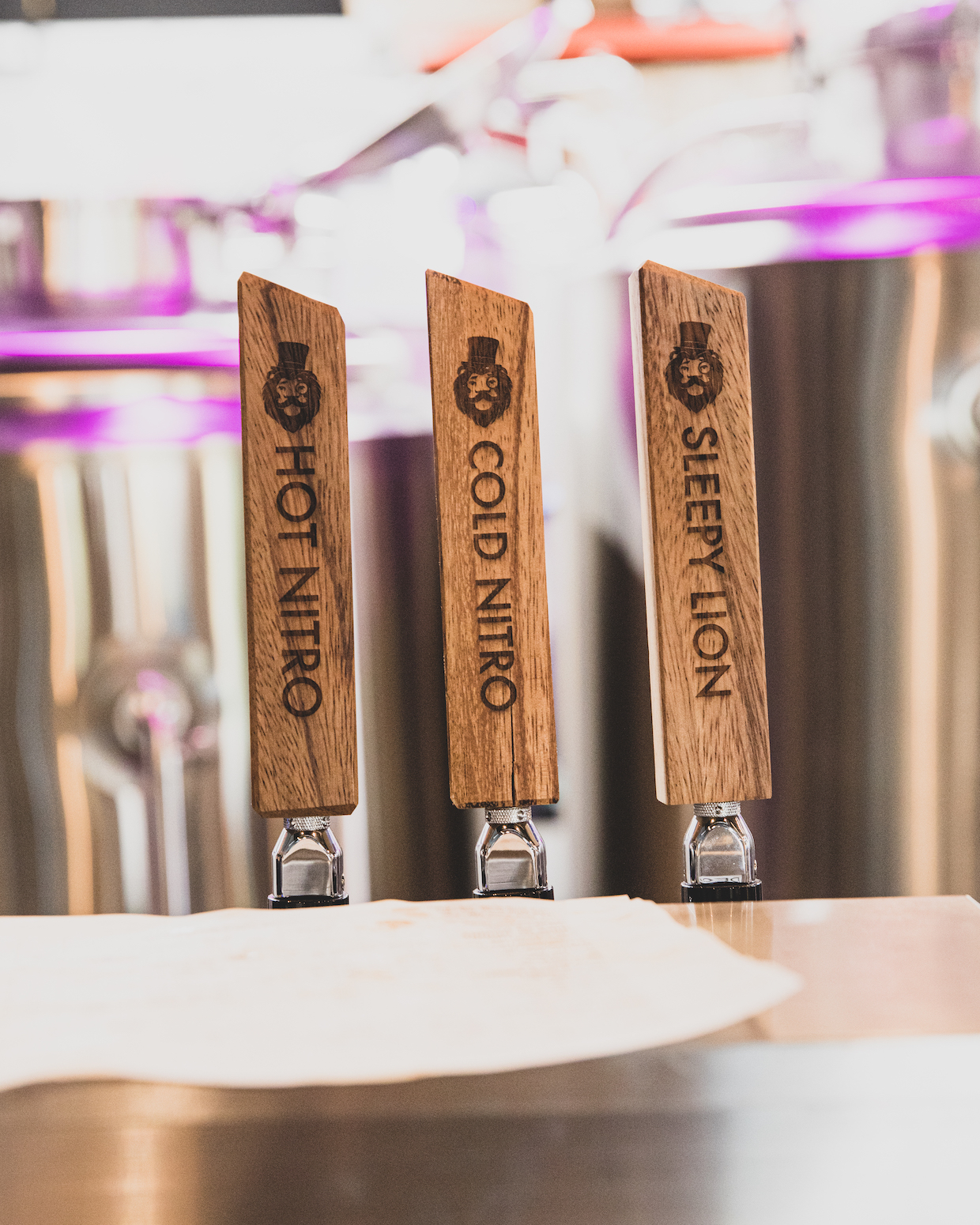 A roasting company called Dandy Lion Coffee is taking some untamed approaches to roasting and brewing from its first permanent coffee den inside the Chanhassen Brewing Company southwest of Minneapolis.

Dandy Lion Coffee Owner Charlie Hansen roasts the beans on a Mill City Roasters machine before cold-brewing to numerous concentrations, including some that act as an espresso-like base without the requirement of an espresso machine.

It’s a style the company has previously employed through at its coffee cart for farmers markets and popups.

“It’s definitely unusual, and I’ve kind of leaned into that,” Hansen told Daily Coffee News. “I love espresso, but you could make a very similar drink with faster service with just as good quality as far as taste, and people are very satisfied with it.” 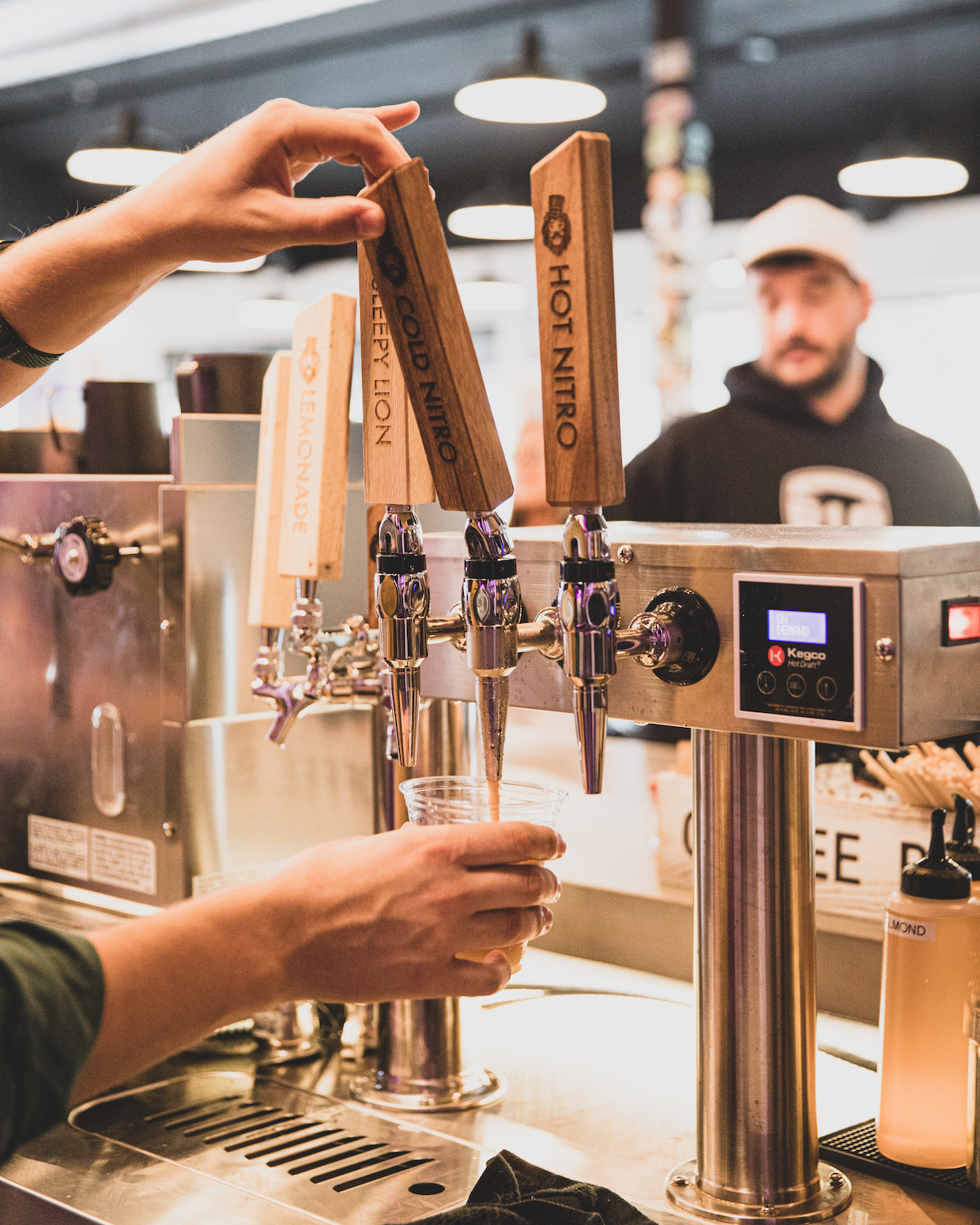 At the brewery bar, a Kegco Hot Draft system allows for cold and hot brews to be poured from a single keg, the latter made possible by a built-in flash-heating component.

This considerably expands Dandy Lion’s menu to include a fuller range of offerings with minimal equipment, while also allowing the brewery staff to serve Dandy Lion coffee without specialized coffee equipment training.

“For them being able to serve our coffee during off hours it made a lot of sense since they don’t have to grind anything; there’s no training any of their staff on how to make that cup of coffee,” said Hansen. “It’s been cool to look down a different way of doing things. Not to say that it’s better, just different, and I think it’s answered a lot of questions.”

Another differentiating component of Dandy Lion Coffee is its embrace of dandelions. From its inception in 2019, the company has packaged, sold and promoted roasted dandelion root as a vitamin- and antioxidant-rich brew on its own or as a coffee additive. 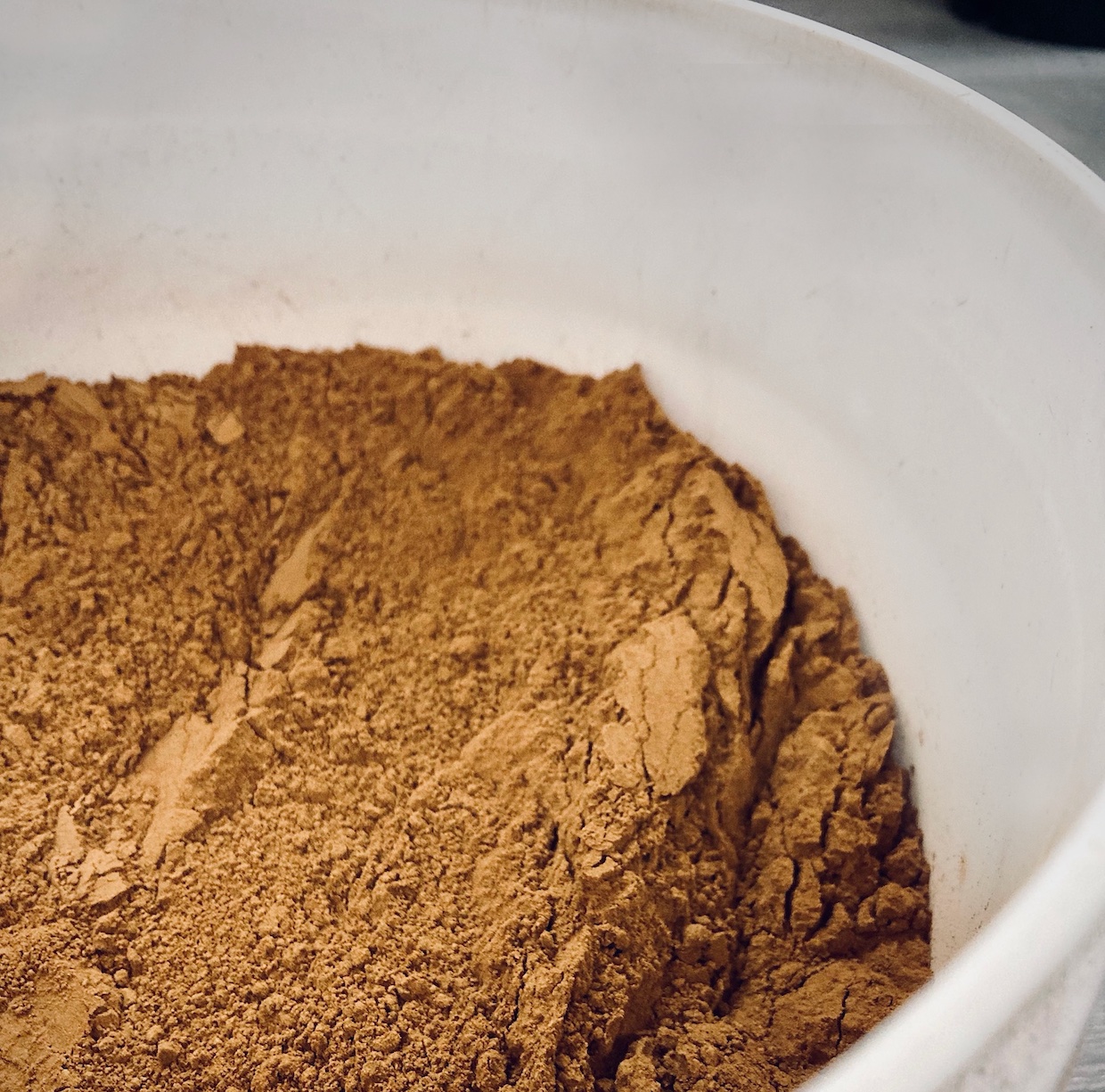 Originally a tea drinker with a predilection for natural foods, Hansen was introduced to roasted dandelion root by his brother-in-law years ago.

“I walked in the door and it smelled like cookies. It was nuts, and I was like, ‘What the heck are you doing?'” said Hansen. “It turns out he was roasting dandelion roots that he harvested from his yard, and I was super skeptical. I’m like, ‘That doesn’t sound good; that’s the weed that you’re trying to get rid of, not a thing you’re trying to preserve,’ though it tasted awesome. In fact, it had a lot of sweetness to it, very similar to coffee, and I was just hooked at that point.”

After also learning of dandelion’s purported health benefits, Hansen dove into the process of harvesting the plants from nearby fields and then cleaning, drying and chopping the roots into uniform coffee-bean-size chunks prior to roasting on sheets in a standard convection oven.

“It was a fun experiment in the beginning,” said Hansen. “It’s quite labor intensive, and you have to also harvest at a certain time of the year to get more of the nutrition out of it so it just wasn’t feasible at scale.” 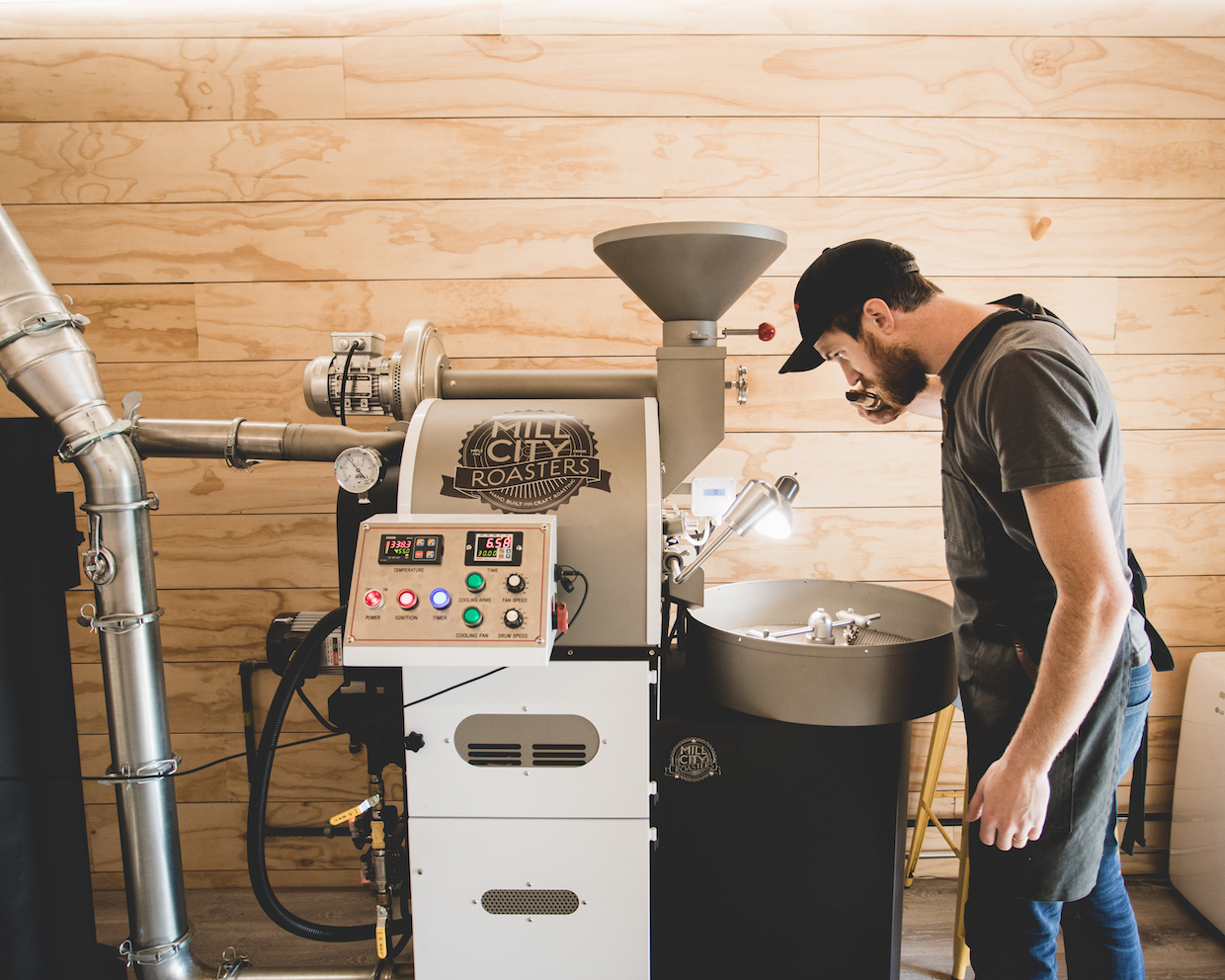 For the commercial product Hansen sources freshly dried and pre-ground dandelion root from a bulk herb supplier and then roasts it to order for Dandy Lion customers, because freshness is just as critical to roots as it is for beans, according to Hansen.

“We treat it like our coffee,” said Hansen. “Just like in coffee — which has pretty much an indefinite shelf life but we all know good coffee tastes much better when it’s fresh roasted — it’s the same with dandelion root.”

Alongside its single-origin and blended whole bean coffees, Dandy Lion’s web store offers pure dandelion and a chocolate-dandelion blend that also serves as the basis for mochas at the coffee bar and pop-ups.

Hansen said Dandy Lion will soon expand into a larger roastery space in Chanhassen that may soon include a higher-capacity roaster. Hansen also plans to replace the Dandy Lion coffee cart with a compact, zero-emissions electric foodservice truck.

“My brain is always moving, it never stops,” said Hansen. “It’s a positive thing, but you know, I lose a lot of sleep.”