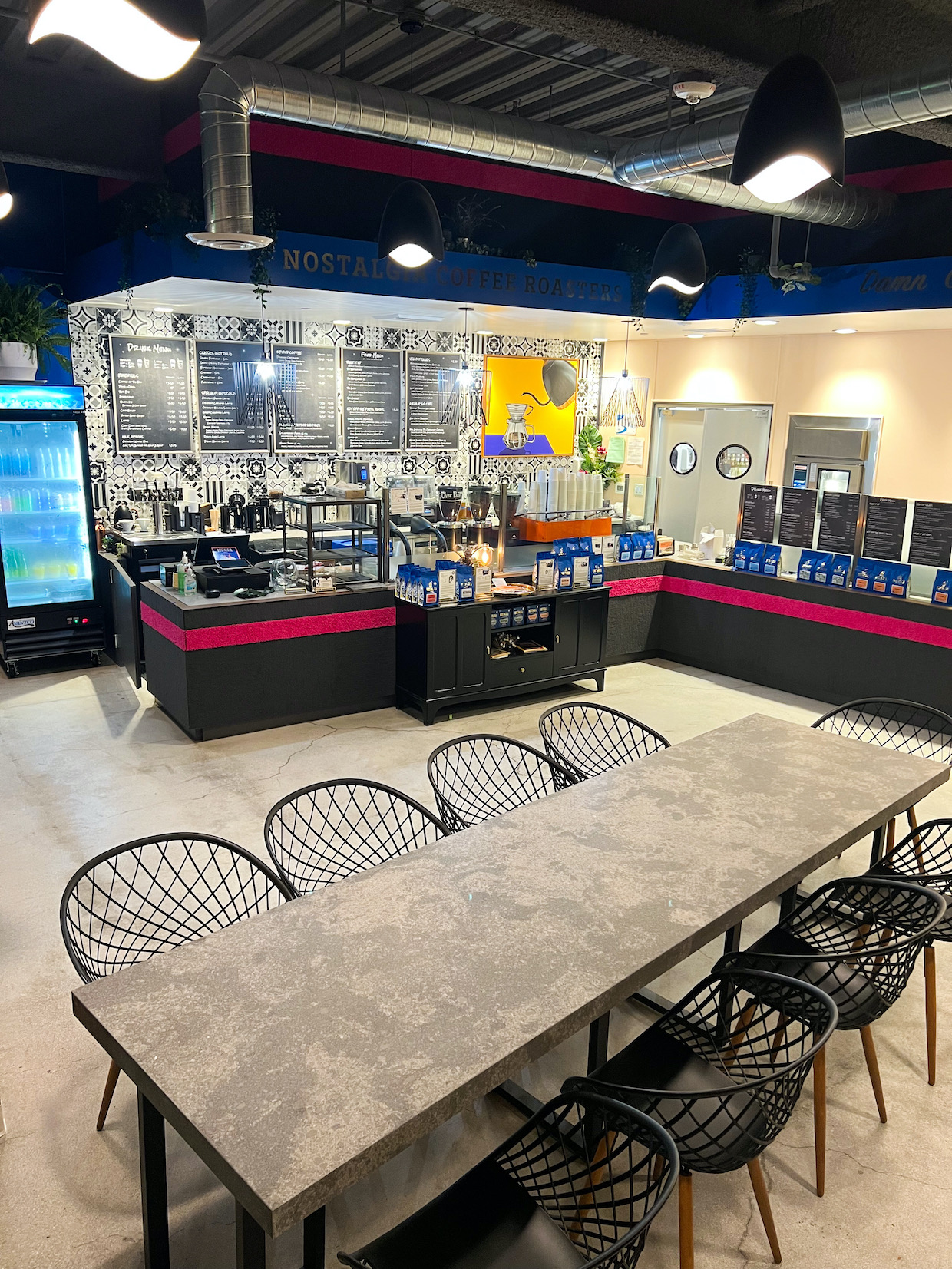 The opening comes as the roasting company has tripled its production footprint, designed its own single-serve home coffee brew bags, launched an e-commerce website and grown rapidly through office wholesale deals. 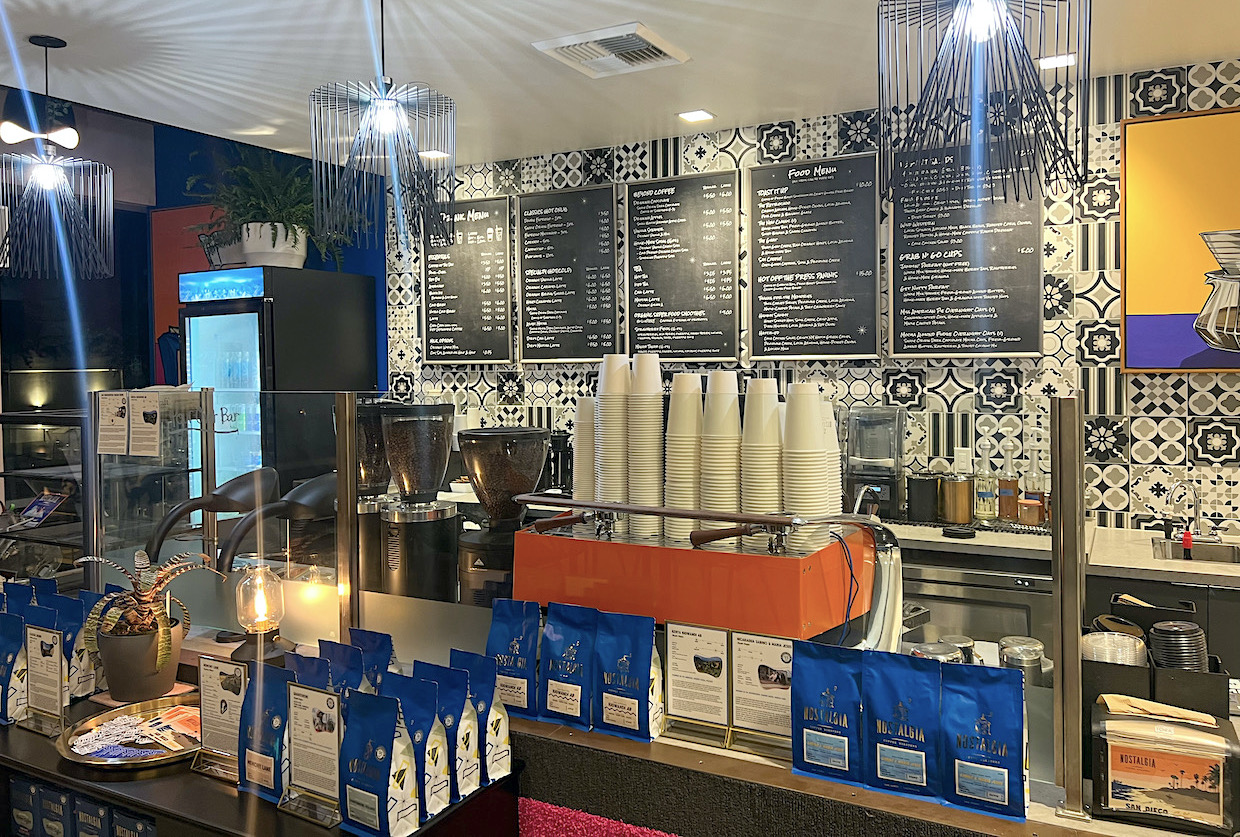 Additional coffee-themed art is painted directly onto the walls by Nostalgia Coffee Founder Taylor Fields’ cousin and professional muralist Marlowe Monfort Hermanovski, whose work has included backdrops for the Wes Anderson movie “Isle of Dogs” and the forthcoming Martin Scorsese movie “Killers of the Flower Moon.” 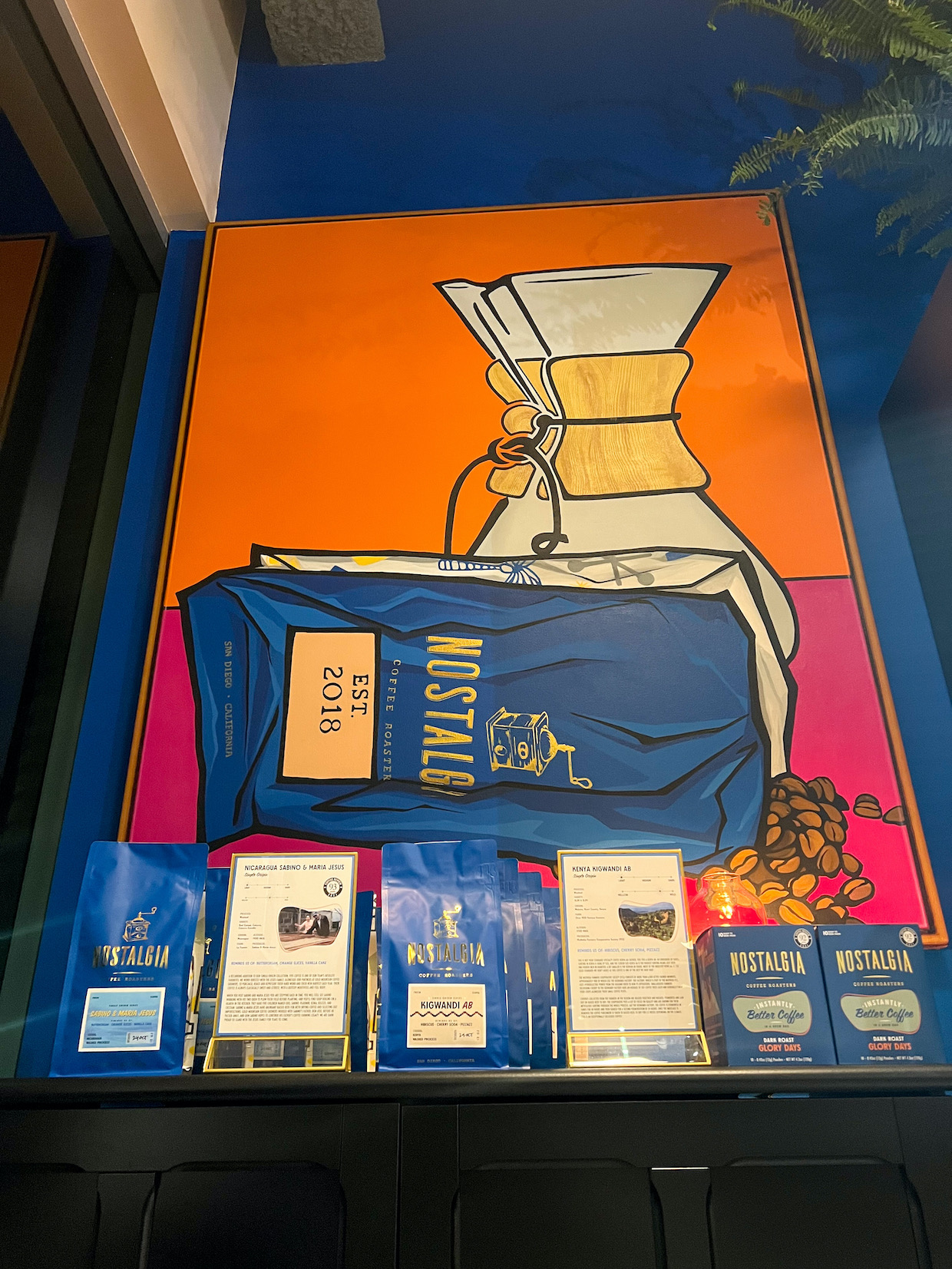 Another behind-the-scenes talent at Nostalgia is head chef Delaney Smith, a nutritional anthropologist who is leading a menu that features house-made nut butters, jams, syrups and elevated takes on classic cafe fare. One example is a sandwich called Thanks For The Memories, featuring turkey roasted and carved on site, cranberry sauce, dijon mustard, pickled onions and arugula on ciabatta, pressed in a panini press. 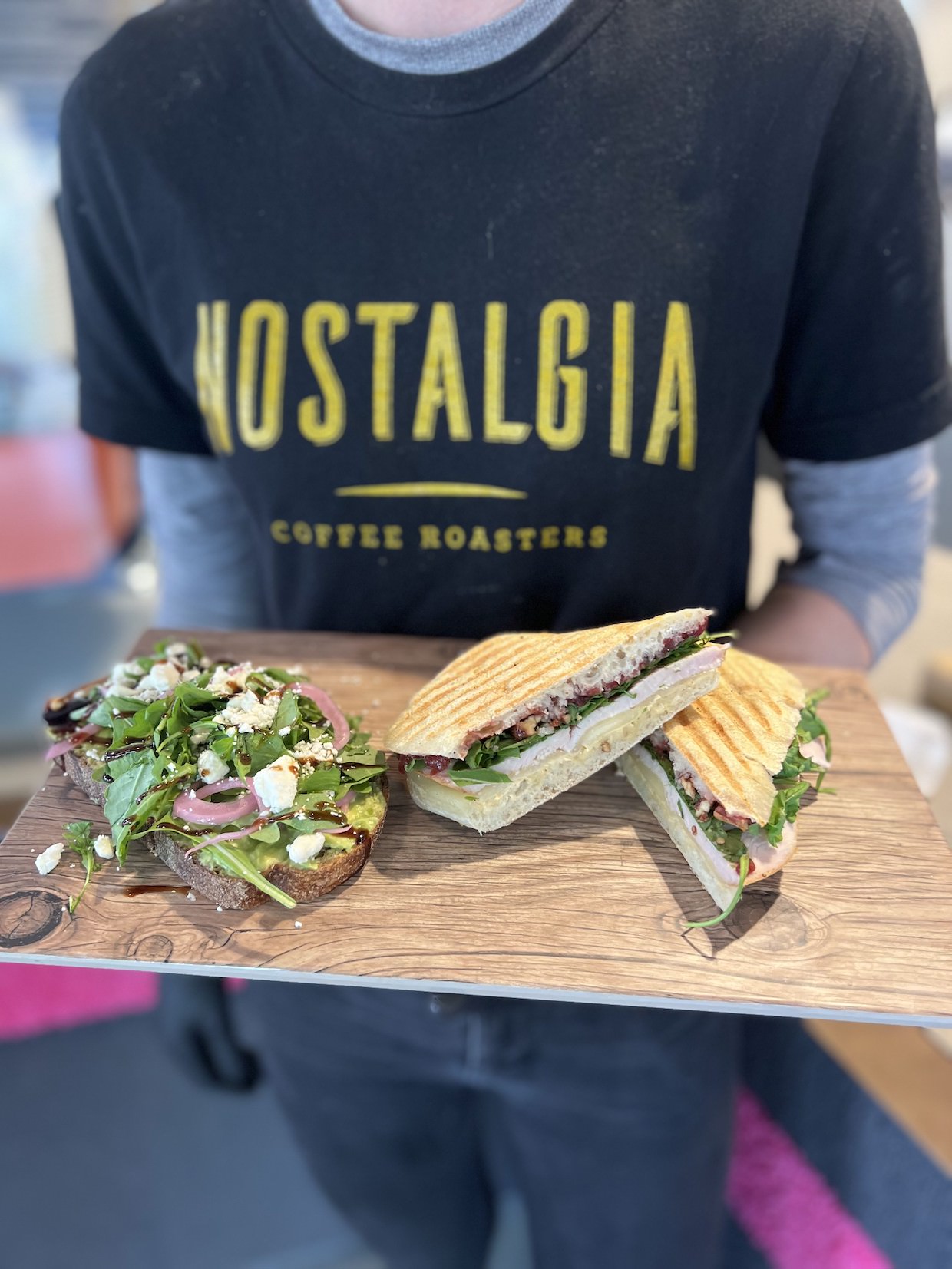 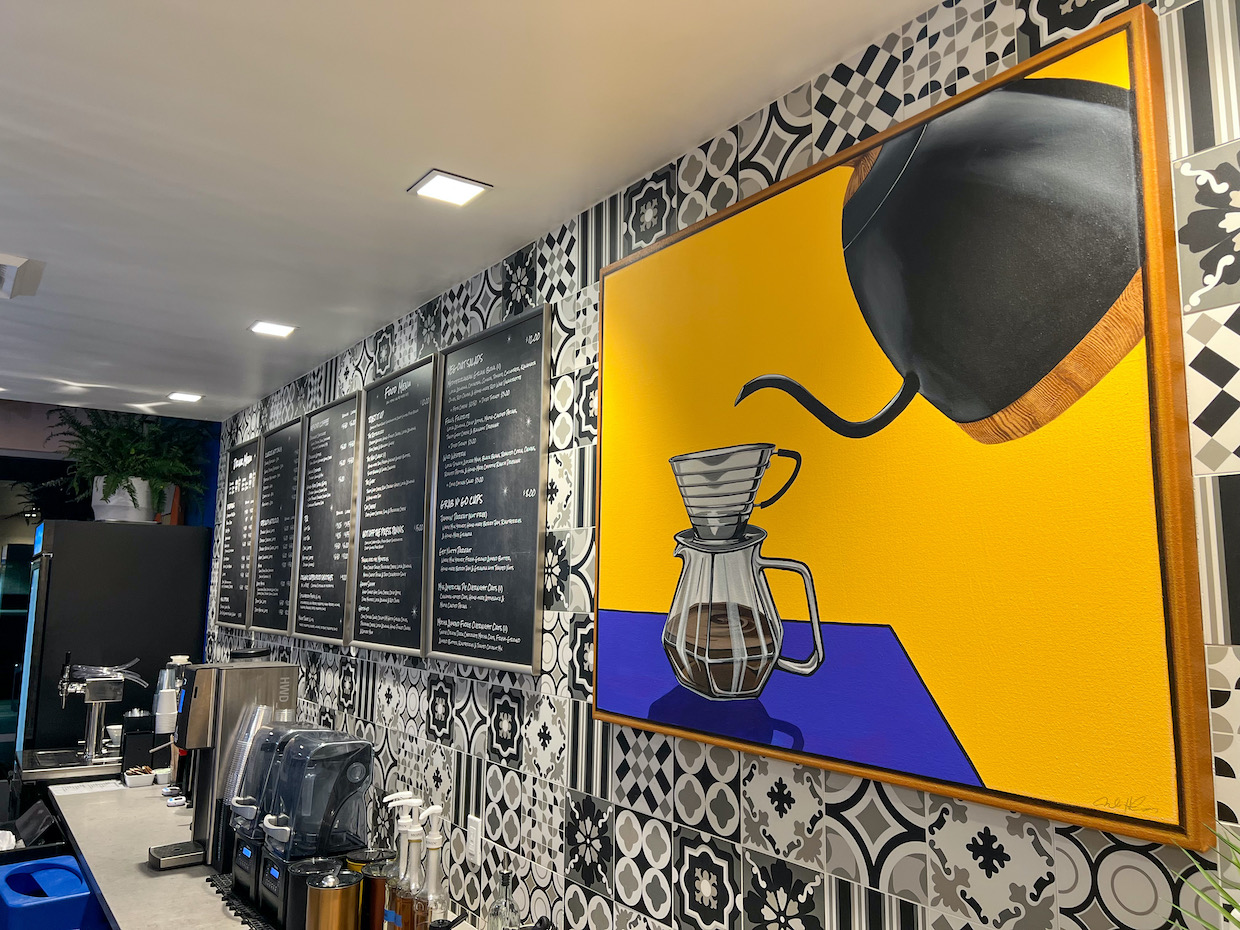 All of this will be washed down by brews from beans roasted on the company’s 12-kilo-capacity US Roaster Corp. machine in a roastery led by head roaster Brandt Radowski.

In addition to the cafe opening, Nostalgia recently tripled the size of its production roastery in a nearby light industrial district in Miramar to approximately 3,000 square feet. 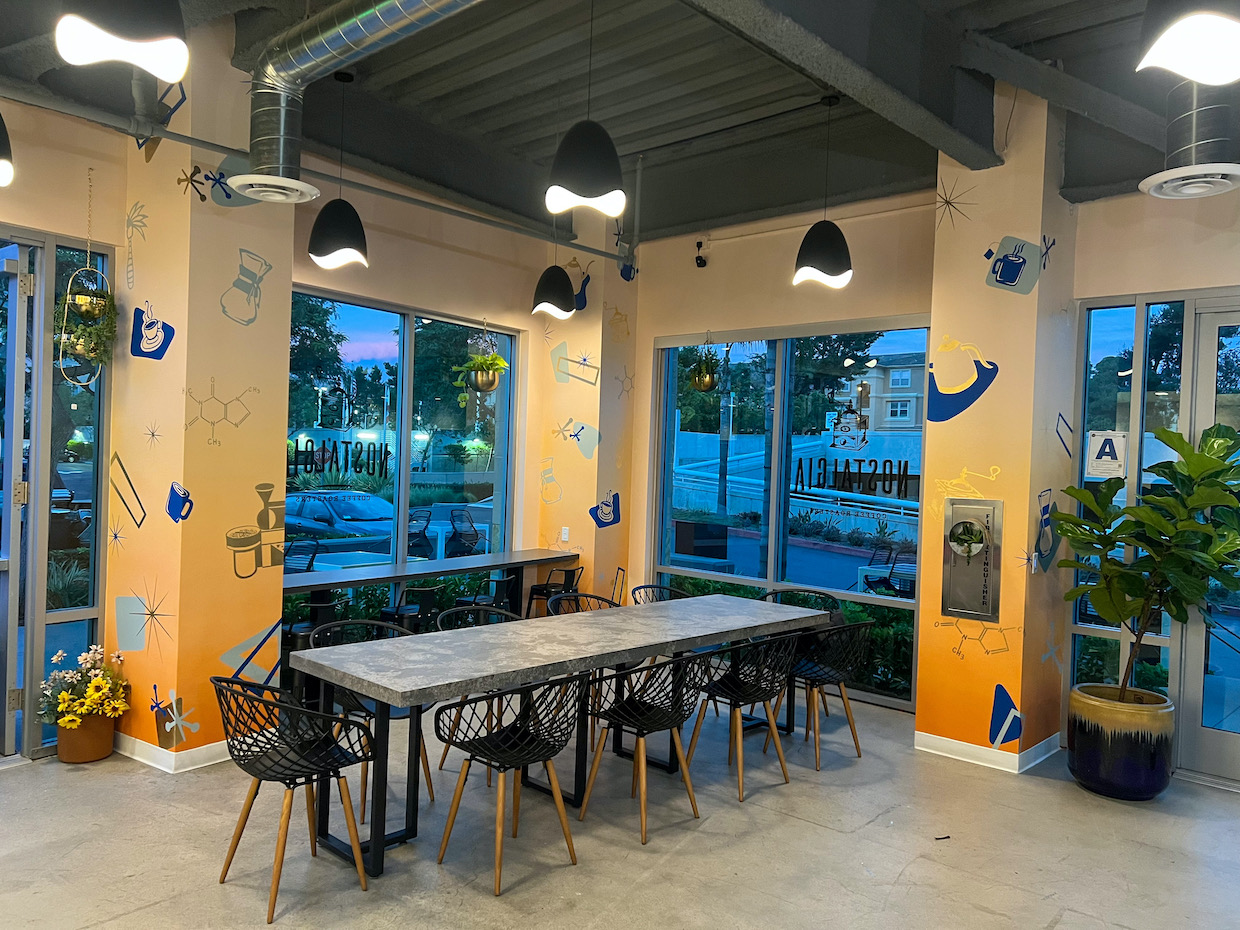 In developing single-serve, single-use brew bags — which combine with hot water for teabag-like preparation — Fields said she and her staff have tested more than 30,000 brews from thousands of roasts of hundreds of different coffees. Testing has also explored other variables affecting the finished brew, such as roast profiling, rest times, grinding and more. The only unchanging variable is the brew bag’s filtering material.

“We’ve tried so many coffees, and right now we have only two blends that go in [brew bags],” said Fields. “All the other coffees we’ve tried just haven’t done well. This format can highlight things in a negative way for a coffee, more than other brewing methods. It’s fundamentally different, so it takes a very special and unique coffee and lots of testing to get a brew bag to taste good.”

Nostalgia has made its name as a progressive business that emphasizes diversity, higher-than-standard wages for staff and equitable relationships with producers in its supply chain.

The company also makes a concerted effort to meet customers wherever they’re at. A literal example of that was the Nostalgia’s mobile retail truck, which is now temporarily offline, yet Fields also sees the brew bags as accessible entry points for coffee drinkers. Another important entry point for the company has been in office coffee service. 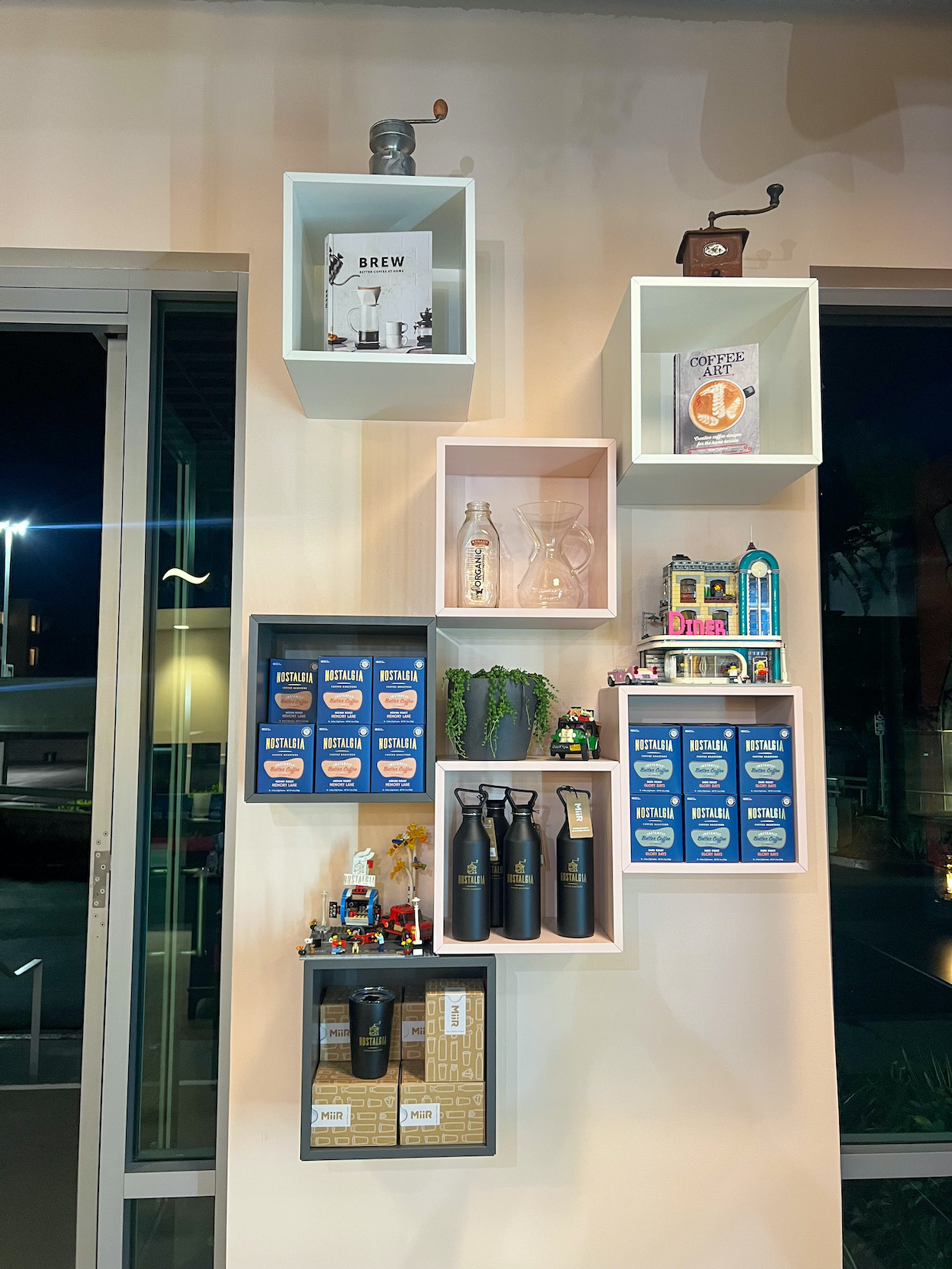 “We really found our stride in this niche market of corporate coffee solutions,” said Fields, a former CPA. “We do coffee bars for them as well as break room coffee. I just hope that we’re going to be the ones that really capitalize on this and in a way that really improves people’s lives — brings joy to people by having great coffee during the day and not feeling like the company they work for doesn’t care for them.”

Over the past month, Nostalgia has opened a branded cafe at Intuit and an unbranded coffee bar at the Cooley law office. Additional accounts have come through an affiliation with foodservice provider Compass Group USA.

“As of today, we’re now the largest provider of coffee through Compass Group to San Diego County behind Starbucks, and that’s incredible,” said Fields. “What we’re doing is giving these companies the attention and the quality of coffee they deserve.” 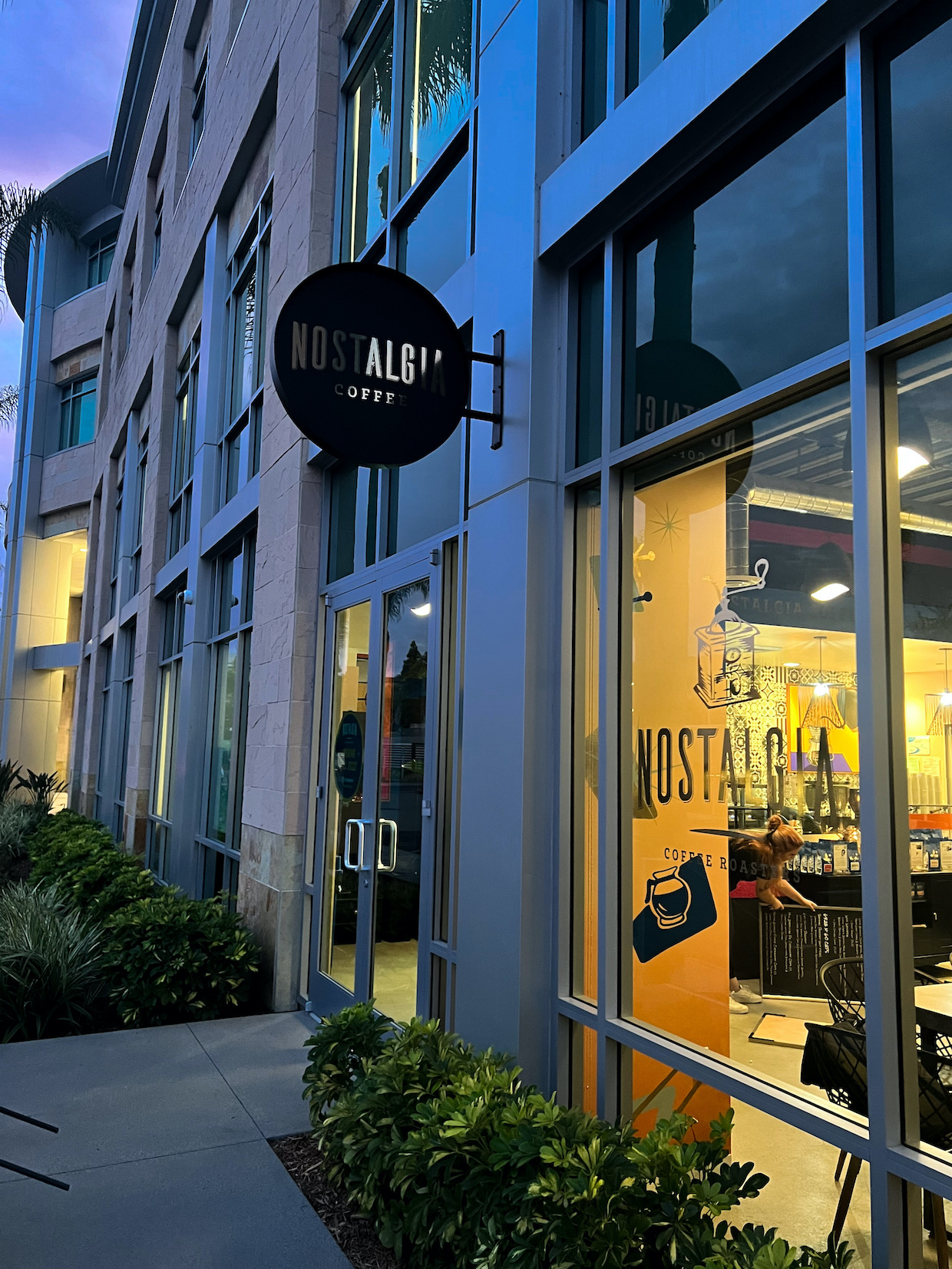 Support for all of this expansion has come through multiple rounds of fundraising over the past two years, comprising approximately $700,000 to date.

“We’re just we’re trying to change the coffee industry,” said Fields. “Now I really feel like we’ve got some momentum.”