Longtime soda and beverage executive Joth Ricci has taken over as president of Stumptown Coffee Roasters, according to multiple beverage industry sources. 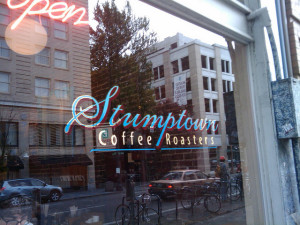 The Portland native recently told beverage industry news source BevNet that Duane Sorensen remains CEO of the company, which currently operates 10 retail coffee bars and roasteries in Portland, Seattle and New York. Stumptown, one of the trendsetters in specialty coffee since opening its flagship cafe in Portland in 1999, has remained mum regarding its expansions and company operations since it took a massive investment from the private equity firm TSG Consumer Partners two years ago.

“They [Stumptown] had a need, I had a skill, and I found my desire was more to be an operator than what I was doing,” Ricci told BevNet. “I wanted to get back into running a business. It’s been very cool – I’ve got one week under my belt, so I’m a veteran.”

The news of Ricci’s new role at Stumptown broke yesterday when Seattle’s Dry Soda Co. sent out a press release announcing Ricci had joined its board of directors. The release notes Ricci’s history in the beverage industry, which most recently includes work as a managing partner at First Beverage Group, a Los Angeles-based company that “provides growth solutions to leading operators in all segments of the beverage industry through a comprehensive range of products including investment banking and investment funds for growth capital.”

Prior to his work at First Beverage, Ricci served as president and CEO of Jones Soda Company from 2008 to 2010, and from 2000 to 2008 he was the general manager of Columbia Distributing Company, an Oregon-based distributor of sodas, beer, malt liquor and energy drinks, among other beverages.

As for Ricci’s interesting first name, he explains it himself as part of a short bio for Jones:

Hi, my name is Joth…..ok, let’s get that part out of the way.  Its short for Jonathan, remove the a’s and n’s and you get Joth.  I’ve never met anyone or anybody that knows anyone by that name.  If you are out there let me know.

Is this a new position or has Joth replaced the current GM?