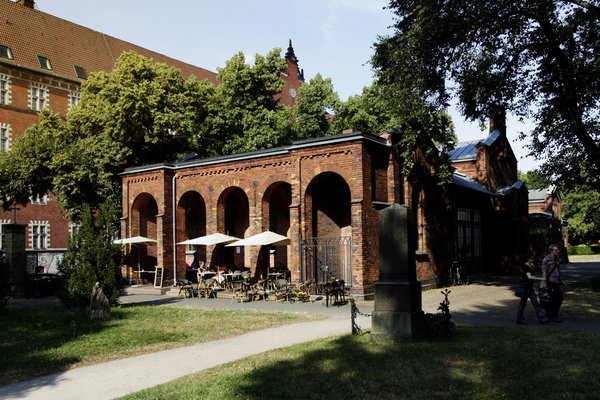 An interesting trend is emerging in Berlin, where coffee roasters and retailers are setting up shop in cemeteries.

Doing business next to cemeteries is nothing new: Most burial grounds throughout the world are found in heavily trafficked central areas and city centers, serving also as popular tourist destinations. What marks this new wave of retailers is the idea that they are not merely operating coffee bars near or in cemeteries; they are embracing and promoting cemetery culture as part of their own, providing a physical connection between the living and the dead. 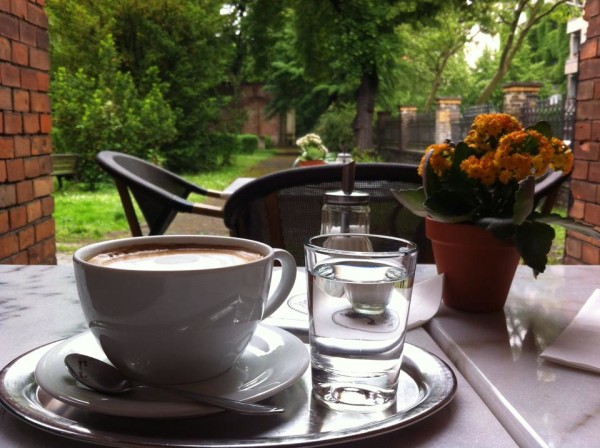 inside the cemetery walls at Cafe Strauss. Foursquare photo.

Recently profiled by Spiegel Online International, Café Strauss was opened in May by Olga and Martin Strauss inside the cemetery walls in Berlin’s Kreuzberg district. In the style of a Viennese kaffeehaus, Café Strauss was created to provide a warm, welcoming and dignified environment for patrons to sip and socialize. The Strauss’s roast their own beans on site, offering a range of espresso drinks as well as a small menu of pastries. In essence, it has all the charms of any number of independent cafes throughout the world, with the small distinction of its place in a graveyard.

Spiegel reports that at least two more cemetary cafes are planned for Berlin, while another may be opening in Munich. The head of Berlin’s Protestant Graveyard Association, Jürgen Quandt, recently told German News Source The Local that he believes the trend will only grow from here: “In a couple of years graveyard cafes won’t be the exception anymore. The main idea is to make a public place more accessible.” 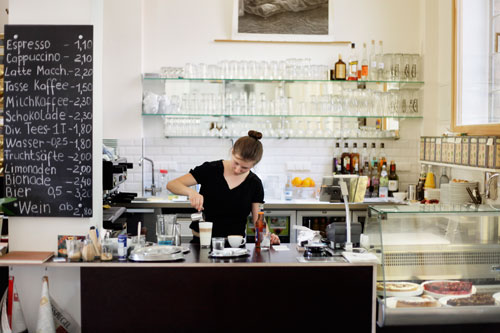 My cousin who is a coffee roaster sent this to me, I am a cemetery/crematory operator, and I love the idea! This is too funny and very cool! I’m honing to have to promote this idea to my boss and see where it goes, he’s always looking for the next big thing in leading the funeral industry.