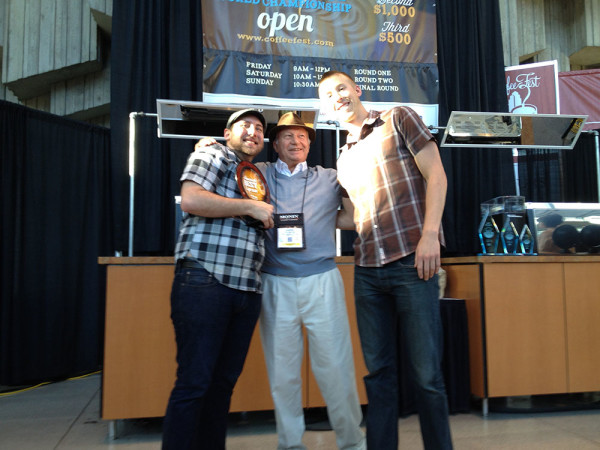 For its 70th trade show since its beginnings in 1992, Coffee Fest is bringing back the America’s Best Espresso Competition, scheduled for March 7-9 at Coffee Fest New York in the Jacob Javits Center.

The competition debuted last year, and the New York show will include East regional winners who will move on to Coffee Fest Portland for the national competition in October. We’re proud to say that Roast Magazine is again sponsoring the event, along with this year’s new sponsor, green coffee importer Café Imports. Support for the competition, which will also include regional rounds at Coffee Fest St. Louis (May 30-June 1) and Coffee Fest Portland (Oct. 17-19) is also provided by Nuova Simonelli and Rancilio.

The first day of the competition includes head-to-head battles during which competitors have six minutes to brew a shot from one of four onsite espresso machines. Sixteen competitors will remain at the end of the day. On the second and third days, competitors have ten minutes to prepare three espressos for a panel of three judges. Each espresso will be judged on three categories: flavor complexity, aftertaste and mouth feel, and appeal.

“I have seen this competition conducted around the country and find it thrilling to find the best shot of espresso of the region at the end of each event,” says Coffee Fest Show Manager David Heilbrunn. “In America we love our coffee and espresso is a leap above that. This competition lets roasters and attendees know what the best of the best is and that is what we strive for.”