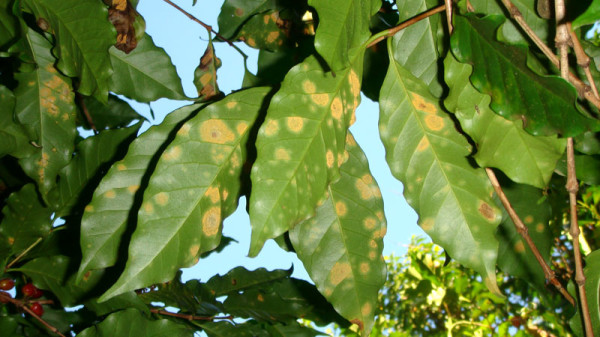 Photo by The American Phytopathological Society

The lone piece of good news — that production declines for the 2013/14 crop year were lower than expected — was crowded out by a long list of bad news from the coffeelands and this chilling headline: poor households in Guatemala’s highlands and southern Honduras are resorting to “atyptical, negative coping strategies” and will face acute food insecurity through the first half of the year.

The report offers key insights into the livelihood prospects for the two groups most vulnerable to the impacts of coffee leaf rust: smallholder coffee farmers and unskilled farmworkers who depend on the annual harvest for income.