NBC Flying in Baristas to Work ‘Secret Starbucks’ in Sochi 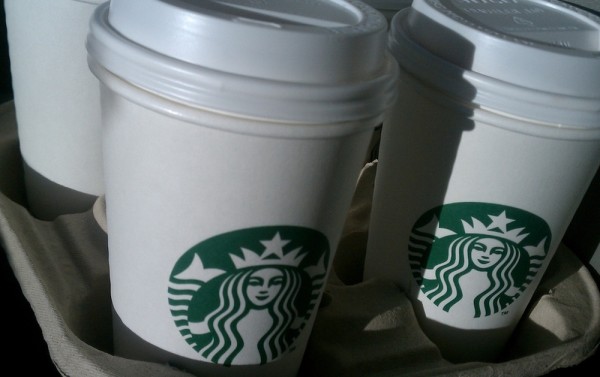 Matt Lauer, Meredith Viera, Al Michaels, poor crazy-eyed Bob Costas and the rest of the NBC gang in Sochi like their Starbucks — so much so that they are flying in Russian baristas to help man a covert Starbucks shop at their cafeteria.

The Wall Street Journal broke the secret Starbucks story yesterday, and it has since been picked up by virtually every mainstream news outlet looking for juicy Olympics gossip. The NBC Starbucks outpost, which apparently has the blessing of Starbucks (its nearest storefront is some 350 miles away), is “secret” because the Olympic grounds are highly protected by the Games’ sponsors. In this case, McDonald’s has the rights, providing McCafe-brand coffee service to Olympians and visitors.

Sources told the Wall Street Journal that the Starbucks isn’t in violation of Olympic rules since companies are allowed to provide “supplementary services,” as long as they aren’t publicized or promoted. Here’s more from that report:

Bringing in the joe is a delicate exercise. NBC flies in a rotating crew of some 15 baristas from Starbucks coffee shops in Russia, sets them up with accommodations in Sochi, and pays their regular wages. As with past Games, Starbucks has gladly cooperated with the effort.

All told, the barista battalion is larger than the Sochi Olympic teams of some 57 countries.

One barista working at the covert facility next to the NBC cafeteria on Friday night said she had come from Moscow; another one arrived from St. Petersburg.

Just goes to show, you can make a lot of money but it won’t improve your taste buds….

What a bunch of losers. Fly halfway around the world and can’t appreciate local culture for one second.