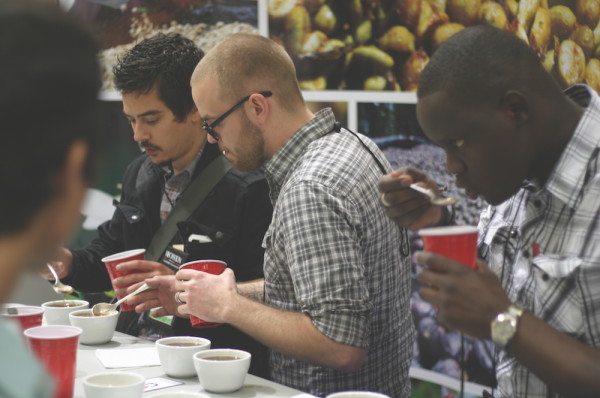 We’re still waiting to hear the final tally of guests to this year’s Specialty Coffee Association of America show at the Washington State Convention Center, but early returns suggests the show was big. Like, really big. Like, the SCAA’s biggest ever.

As a reflection of specialty coffee’s growth as a market segment, this makes total sense. We’re living in a world where specialty coffee at its highest levels is become the stuff of venture capitalism, and where consumer interest in the craft of coffee roasting and brewing is at an all-time high. At the same time, the SCAA show is increasingly an international affair, a reminder for many that the industry doesn’t exist in isolation in Seattle, Portland, New York, Seoul or London. Innovations in this once-small world are coming from Fayetteville, Milwaukee, Akita and Bath.

During a meeting among SCAA membership, SCAA Board of Directors President Paul Thornton repeatedly talked about the growth and content of the show in terms of coffee — not necessarily specialty coffee, but coffee with a capital C. It’s a big word. I, for one, would not be surprised to see an even bigger show next year, with even greater education-track emphasis on supply chain issues, and perhaps more education programming overall. (Side note from the membership meeting: The SCAA staff is fully aware that many seminars were at capacity this year and they are already working out plans to accommodate participation growth for next year.)

Of course, there is also the trade show floor, the candy shop of candy shops. Here is a fairly random collection of photos, taken largely on the floor.

Tits McGee is on vacation.