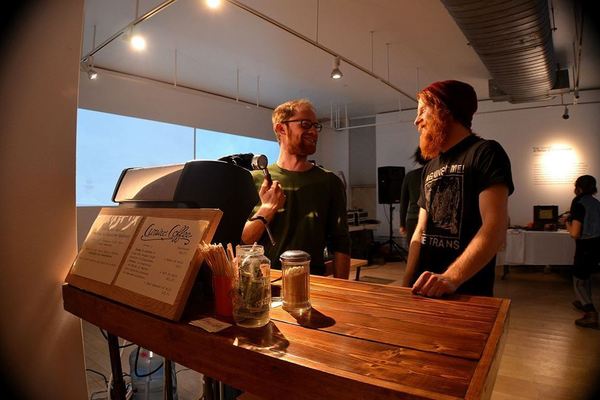 One of a tightly knit small group of high-end retailers helping to develop the coffee scene in Northern Vermont, Burlington-based Cursive Coffee is nearing the end of an Indiegogo campaign to outfit its first brick-and-mortar shop.

(related: After 20 Years, Coffee by Design Goes Big with New Roastery and Bar)

The shop plan is the latest in a rapid series of small growth events for Cursive since launching last August, including regular appearances at Burlington farmers markets and a still operating pop-up espresso bar at Burlington’s Barge Canal Market. The company also began roasting its own coffee in February with the addition of head roaster Matt White, sourcing green coffee from The Coffee Shrub. Clifton, Osborn and White all met while working at Uncommon Grounds, a prominent Burlington roastery and retailer that just celebrated its 20th anniversary.

Clifton says Cursive actually has an agreement to use Uncommon Grounds’ Probat production roaster, in exchange for the use of Cursive’s sample roaster. The arrangement is representative of the collaboration and community spirit that’s been growing in Burlington, where monthly barista jams have been joined by people from the likes of Maglianero (currently brewing Counter Culture), and multi-roaster cafe Scout & C0., which recently debuted its own brick-and-mortar shop in Burlington’s North End.

“Only in the past year has it gotten a lot more interesting around here,” Clifton says of Burlington’s craft coffee community. “There are a lot of small people now thinking in the same vein. It’s a small community, but it’s very passionate.” 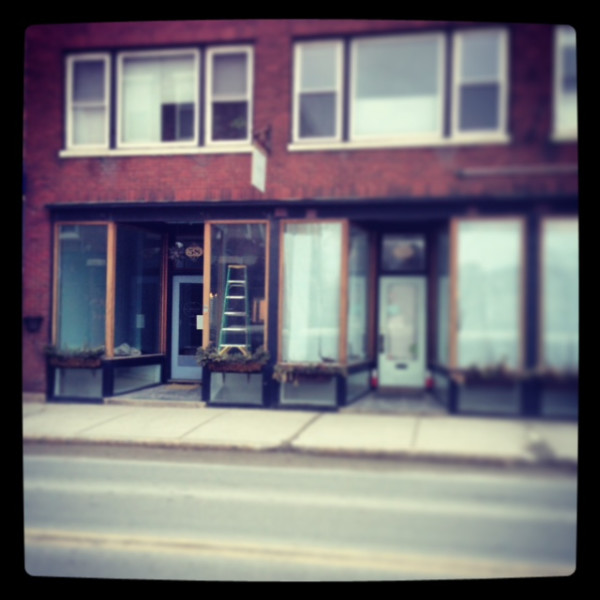 The site of the new Cursive shop in Middlebury.

Great story about some awesome guys, both at Cursive and Scout (up in my neck of town). Glad to support CC’s Kickstarter campaign. BTV’s becoming a real coffee-geek town.