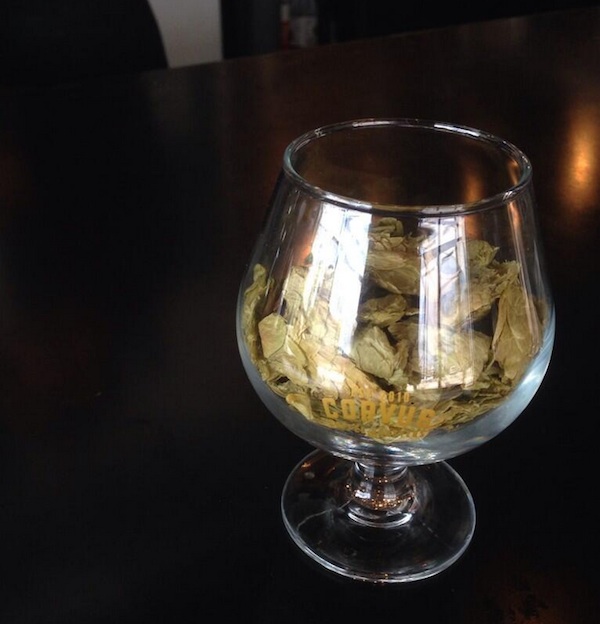 The craft beer world has been embracing coffee as an ingredient for years. While once relegated to stouts, coffee has since made its way into any number of subcategories of porters, lagers and ales.

This collaboration between coffee roasters and beer makers has typically been a one-way affair, with coffee providing complementary flavor notes to existing and well-defined beer styles, resulting in a product marketed and sold by the brewery. But what if beer ingredients were to inform coffee?

At least two forward-thinking coffee roasters are taking this question seriously, infusing a generous amount of hops into their cold brews. Kansas City, Mo., micro roaster Oddly Correct has been brewing and bottling a coffee drink called the Hop Toddy, brewed with the Toddy system. This year’s version includes a coffee from Chiapas, Mexico, infused with Centennial hops, which are typically known for floral aromatics with medium citrus punch. 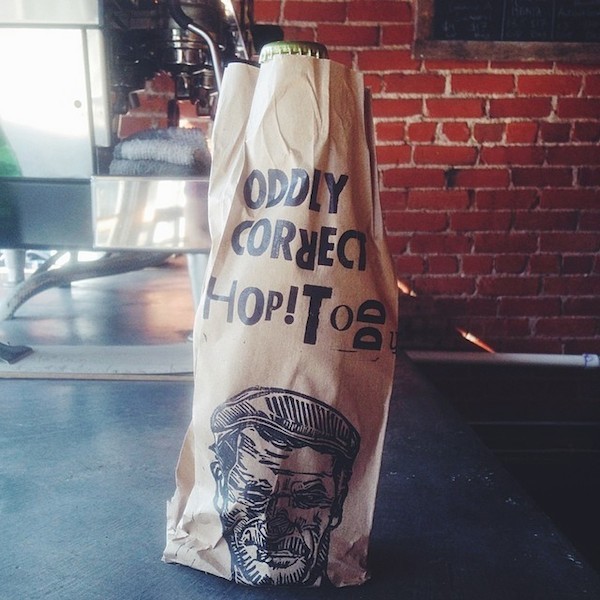 Meanwhile, Denver’s Corvus Coffee has been experimenting with a hopped cold brew for the good part of a year, after summers of serving coffees at numerous craft beer events. The company began collaborating with breweries for coffee infused beer and eventually the inverse concept grew: hop-infused coffee.

Last summer, as an experiment, Corvus bought a batch of hops from a local home brewing supplier and dumped it into a five-gallon cold brew batch, bought 200 brown bottles, and designed labels with the rather generic “Hopped Cold Brew” name. They took the concoction to the South Denver Beer Fest last summer, where it turned out to be a total hit.

“It was received really well and our customers kept asking where they could purchase it,” Goodlaxson says, “so we decided to take the project a bit more seriously.”

After some testing and development, Corvus is now planning a full-on product launch for its hopped cold brew in bottles and in nitrogen-charged kegs for draft, and it has an imminent regional deal with Whole Foods Market. If all goes well, Goodlaxson says he hopes to expand distribution of the brew throughout the Rocky Mountain region, and perhaps to the Pacific Northwest or New England. 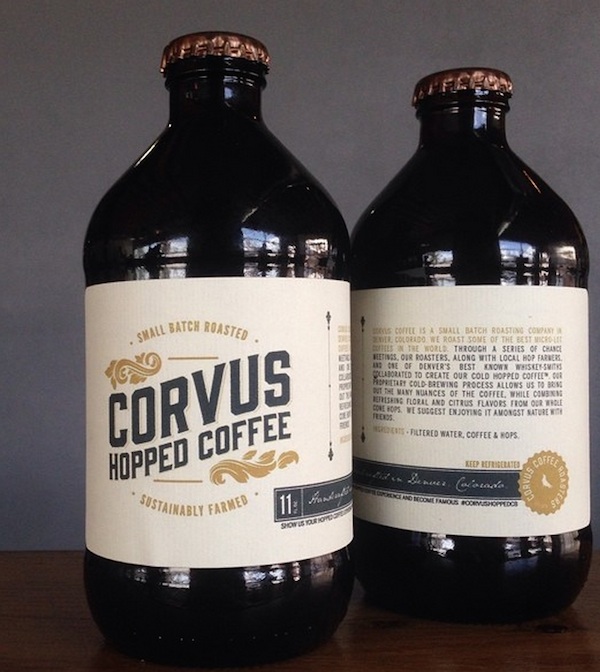 For the final product, the Corvus team settled on whole cone Citra hops, often characterized by a strong citrus flavor and ocassional tropical fruit and floral notes. The coffee itself will be seasonal, while the current partner is a Kenya from Murang’a.

Goodlaxson says one of the most exciting aspects of the product development has been the challenge of marrying these two intensely flavored ingredients in a way that is not only inoffensive, but attractive.

“In the coffee industry, we’re used to our product having the greatest intensity of flavor of anything we’re going to be combining it with,” he says. “Working on hopped coffee has made us think critically about how to balance the intensity of hops, and how to extract more alpha acids and less beta acids. It’s a very tricky process because you have two very oil- and acid-heavy products vying for saturation within the water we’re brewing with. It’s been a step outside our comfort zone, which is always beneficial and very exciting all at the same time.”

check out Hops Infused Coffee on Facebook! I’ve been making this as a barrel aged coffee for over a year now, with 16Mile Brewery in Georgetown Delaware. I believe mine is the only hop coffee that is sold as whole bean or ground for drip brewing. Mine is brewed just like a pot of coffee and served hot. I expected some skeptics and nay-sayers, alas, everybody is enjoying it. It is hard to keep in stock. If you’d like a sample, leave a message on Hops Infused Coffee’s Facebook page. Thanks. Sean Hixon.

I would love a sample of your hopped coffee! I am interested in buying if I like it.