Revising the Record of Coffee’s History to Include Farmworkers 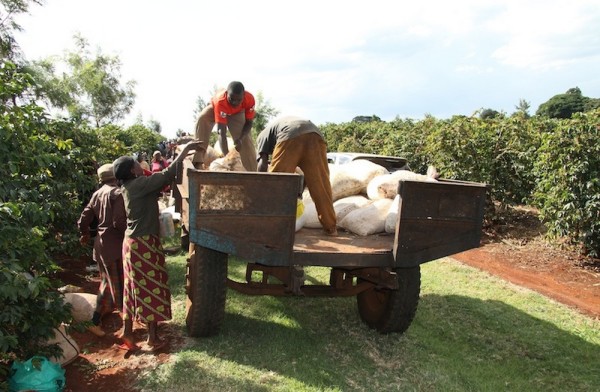 When I was an undergraduate, I watched more C-Span than I cared to admit. The parliamentary protocols of the U.S. House of Representatives became almost as familiar to me as the rites of the Catholic Mass, and the language members used as they rose to deliver comments on the floor etched itself in my memory: “I ask unanimous consent to revise and extend my remarks.”

That is, to change the words they speak on the House floor before they are printed in the Congressional Record, where they are preserved for eternity.

I was reminded of the importance of the official record again in graduate school, when I wrote a paper on the decision of the International Criminal Tribunal for Rwanda to convict radio announcers who incited Hutus to genocide in 1994. In its decision, the ICTR invoked language lifted from the official record of committee meetings held in 1948 to prepare the text of the Genocide Convention — language that participants decided not to include in the text of the final document. It wasn’t so much that the language was wrong. It was simply ahead of its time. More than 50 years later, the ICTR revived it to help convict leaders of Rwanda’s “hate media” of genocide.

Getting on the record, it turns out, can be important. Even if it may not seem to be at the time.

My sense is that farmworkers are getting on the record in specialty coffee these days in ways they haven’t in recent years. In ways that could be important. Here are just a few recent examples of farmworkers finding their way into the official record of the sustainability conversation in coffee:

Let us hope we don’t have to wait 50 years to see people in positions of power invoke some of these references in taking action to improve wages and working conditions for farmworkers in the coffeelands.