CONPES 3763 and the Future of the Colombian Coffee Industry 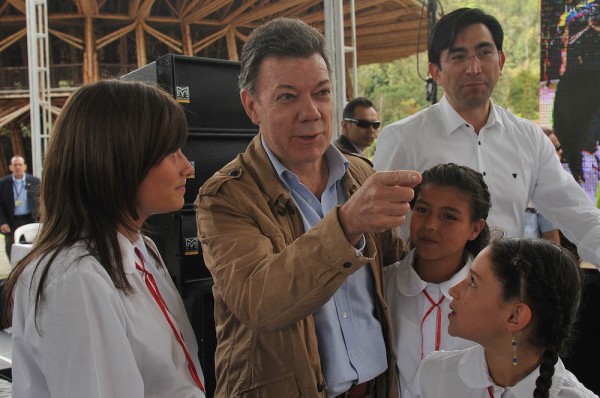 CONPES 3763 may sound like the name of a coffee variety, but it’s not. (It’s not a Star Wars character, either.)

CONPES is the Spanish-language acronym for Colombia’s National Council of Economic and Social Policy. It is part of the country’s National Planning Department and advises the government on issues related to economic and social development. CONPES publishes reports, numbered serially, that inform public policy on key issues.

CONPES 3763, published last year amid upheaval in Colombia’s coffeelands, called for the government to create a “Commission of Experts” to analyze the country’s coffee sector and recommend measures to make it more competitive. In keeping with the report’s recommendations, President Juan Manuel Santos convened the Comisión para el Estudio de la Política y la Institucionalidad Cafetera (Commission for the Study of Coffee Policy and Institutions) and tapped Juan José Echavarría, a former Finance Minister and Central Bank Director, to lead it.

The CONPES document also called for the Commission to deliver its final report before the end of 2013. The report was originally scheduled for release in November. But in November, Mr. Echavarría told reporters it wouldn’t be issued until February 2014. Then February came and went without any public pronouncements from Mr. Echavarría or the Commission. Soon after, it became clear that the report, the contents of which will have real implications for the fortunes of 560,000 coffee-farming families (who vote), 800,000 families whose employment depends on coffee (and vote) and Colombia’s powerful coffee institutions, would not likely be issued until after Colombia’s presidential elections, which concluded last month when President Santos won reelection.

(related: After the Colombian Coffee Strike: What is $444 Million Really Worth?)

Our sources tell us that the Commission concluded its work last week and will be releasing the report soon. Whenever that happens, we will publish here some perspectives on its contents and its implications for the future of Colombian coffee. In the meantime, by way of a preview, we share a summary of the CONPES document that officially convened the Commission and framed its mandate.

Most of CONPES 3763 is devoted to an analysis of the current context divided into three parts: (1.) the world coffee market, (2.) the Colombian coffee sector and (3.) changes in Colombia’s coffee institutions.

The report notes that Colombia has not been as successful as countries like Brazil, Ethopia and Peru in growing their respective shares of a global coffee market that has grown steadily since 2000. It points to the opportunity that lies in consumption increases across three categories–established markets like the United States, emerging markets like China, Russia and Korea, and producing-country markets including Brasil, Colombia, Ethiopia and Indonesia. It also sees in the increasing segmentation of the market in general–and the growth in demand for quality-differentiated coffees in particular–a real opportunity for Colombian coffee thanks to its long record of participation in specialty markets and agroecological conditions conducive to producing high-quality coffees. The report also notes, however, rising commodity-market speculation has led to a notable increase in price volatility over the past decade.

The analysis of the country’s coffee sector tells a familiar story of decline and resurgence. The story of the decline in the country’s production and exports–from 13.9 million bags in 1990 to 7.2 million in 2012–is well-known. What may be less well-known is the decline during that period in the importance of coffee to Colombia’s economy overall–from 2.3 percent to 0.5 percent of GDP–and to its rural economy specifically–from 23.3 percent to 8.2 percent of the country’s ag and livestock GDP. Over the past decade or so, the country’s eje cafetero has become steadily less cafetero: there was less land devoted to coffee in 2011 in the traditional coffee-growing departments of Caldas, Cundinamarca, Quindío and Valle del Cauca than there was in 2002. Those were some of the key messages in the story of Colombia’s recent decline. But the decline in national production, triggered by a coffee leaf rust outbreak, also sowed the seeds of the country’s coffee resurgence. Between 2005-2012, 70 percent of the country’s coffeelands were renovated as part of a massive nationwide renovation program, and the percentage of coffee fields planted with disease-resistant varieties increased from 29 percent to 55 percent. (A more recent estimate I have heard in Colombia puts the figure at 60 percent.) In the process, the average age of the country’s coffee plants fell from 13 years to just 8 years, leading the turnaround in the country’s production and positioning it for strong gains into the future. But the CONPES report attributes the story of the country’s coffee resurgence only in part to productivity increasese, seeing growth in the specialty market as another important part of the story: “the reactivation of Colombia’s coffee sector is associated, in part, with the new opportunities that Colombian coffee has in value-added market niches like specialty coffee.” CONPES reports that between 2008-2012, the percentage of Colombian coffee sold into value-added segments of the market increased from 28 percent to 36 percent. And it attributes the increases in areas planted with coffee in Cauca, Huila and Nariño to the opportunities these departments have seized in the specialty market.

Finally, CONPES 3763 analyzes the finances of Colombia’s coffee institutions. Since 2006, the Contribución Cafetera has channeled six cents for every pound of coffee exported to the National Coffee Fund in the hope these resources would be sufficient to cover the costs of the services delivered by the country’s coffee institutions, including Colombia’s guarantee of purchase, technical assistance, research and promotion of Colombian coffee. CONPES reports, however, that 90 cents of every dollar spent in the coffee sector came not from the National Coffee Fund, but the federal budget. CONPES argues that Colombia needs to take a closer look at the relationship between the ambitious of its coffee institutions and the limits on the ability of mechanisms like the Contribución Cafetera to finance them; to develop policies and reforms that ensure the long-term sustainability of Colombia’s coffee institutions and the coffee sector itself.

The report closes with this three-point action plan:

Convene a Commission of Experts

The Commission will issue recommendations for short-, medium- and long-term policies to address current and future challenges to position the country’s coffee sector for the next 10 years. The Commission should release its reports and proposals before the end of 2013.

The Commission should concentrate on policies and strategies to resolve challenges to Colombia’s coffee sector over the short-, medium- and long-term, at least in the following areas: