Castillo vs. Caturra: The Gavel Has Sounded for the Colombia Sensory Trial 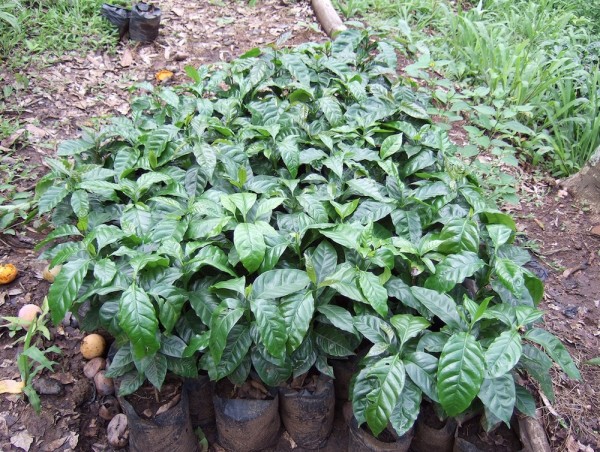 Traditional thinking is that Caturra, a natural mutation of the Bourbon variety, results in superior cup quality, while the more disease-resistant Castillo, introduced a decade ago by the Colombian research institute Cenicafé, results in higher yields and gives farmers more access to government incentives. But what if Castillo can actually hold its own against Caturra in the cup? What might that mean to U.S. coffee buyers? Or the Colombian coffee industry as a whole?

(related: Castillo vs. Caturra: Who Wins the Steel Cage Match in Colombia?)

To answer these questions, WCR and CRS have already identified more than two dozen participating farms at various elevations that are already growing and separating the varieties.

“The work represents a rare opportunity to compare the performance of two varieties growing side-by-side over 25 farms,” says WCR director Timothy Schilling. “For the first time, we’ll be able to study the effect of key environmental factors like altitude, soil type, shade, etc. on quality attributes and examine the effect that variety plays within and among all the different environments.”

(related: CONPES 3763 and the Future of the Colombian Coffee Industry)

A primary goal of the program is to use this sensory data to help Colombian smallholder farmers with planting and investment decisions. Says Michael Sheridan of CRS, “Small-scale coffee farmers in Colombia and across the world are making decisions today that will affect their families’ fortunes for decades to come.”

We asked Sheridan, a regular contributor to Daily Coffee News, more about the program, as well as how this sensory research may be used for long-term good.

Where did this program come from?

This idea came from our work with coffee growers in Nariño, Colombia, as part of our Borderlands Coffee Project. These growers continue to wrestle with the decision about what variety of coffee to plant. They have struggled in many cases to control CLR and have seen their productivity, and coffee income, decline as a result.

They have strong incentives from Colombia’s National Coffee Growers Federation to plant Castillo — access to certified seed, technical assistance from agronomists and an amazing subsidized long-term renovation loan. But Castillo is relatively new and farmers are reluctant to go all-in on a technology whose track record in the field is short compared to some other varieties. And many have this nagging sense, fed in part by lots of noise in the marketplace, that Castillo’s potential for cup quality may be more limited than other varieties.

It occurred to us that we were in a position to work together with some of our friends in the marketplace to help cut through some of that noise and give growers really solid information about the quality potential for Castillo vis-à-vis Caturra, the most prevalent traditional variety in Nariño today.

Based on your work in Colombia over the years, can you give us a recent history of Caturra and Castillo there?

Caturra was a dominant coffee variety in Nariño until a decade ago, while the disease-resistant Colombia hybrid also in wide use. Castillo was released by Cenicafé in 2005, but it wasn’t until CLR started taking its toll beginning in 2008-2010 that Castillo started making inroads as the all-new-and-improved disease-resistant hybrid, displacing a lot of the disease-affected Caturra in the region. Our engagement in Nariño is pretty recent. We didn’t start working there until 2011, and by that time Castillo had gained a lot of ground, literally, on Caturra.

We did a very thorough baseline survey for our Borderlands project in 2011 together with researchers from the International Center for Tropical Agriculture (CIAT) and found a pretty even split: 28 percent of farms were planted with Castillo, 31 percent with Caturra and 33 percent with Colombia.

The decision to focus on Castillo and Caturra was in part strategic. Castillo is the only certified seed that Colombia’s coffee institutions are providing to farmers and supporting with subsidized loans. The latest estimates I have heard suggest that as much as 60 percent of Colombia’s coffeelands are planted with Castillo, meaning it isn’t just the future of Colombian coffee — it is the present of Colombian coffee. Caturra provides a nice comparison point because it is a natural variety and so much of the critique of Castillo is based on its Timor Hybrid or Robusta genetics. But it was also in part a pragmatic decision: we just didn’t have records of enough farms growing all three varieties to set up the trial in that way.

How long will the trial actually last and for how long will data be processed and organized afterward?

The panels will take place in October 2014 and January 2015 at the Intelligentsia lab in Chicago, which they have very kindly offered for this purpose. Each panel will last just three days, but we won’t publish the results until later in 2015 after Kansas State University has done a thorough sensory analysis and we have sat down with researchers at CIAT to provide some additional analysis of the socioeconomic context in which the results will be applied.

It seems a goal is to create a set of data that farmers can employ practically, no? And is it fair to say that this kind of data has been sorely lacking among producers?

The idea is to generate some data points or key findings through this research that are actionable at the farm level. And yes, I do think we can collectively do a better job in terms of supporting decision-making at the farm level. In other words, of getting actionable information to buyers about a whole range of variables that affect their livelihoods, including but certainly not limited to coffee genetics or varieties.

The more important question you raise here is how the data will be presented. In my mind, the inherent potential of the genetics of each variety to produce cup quality is only one part of the story, and perhaps not even the most important. The other two critical elements are the household economy and the market.

The growers we work with in Nariño have on average less than a hectare planted in coffee, a little more than two acres. They don’t have the means to make the kinds of investments they would like in their farms, so their yields are low. They need to squeeze as much income as they can from the area they have planted in coffee. Part of the income equation depends on how much coffee farmers produce, and part depends on how much they earn for each pound they produce — which brings us to the market.

Let’s say for argument’s sake that what some quality-focused roasters say is true: that Caturra is better in the cup than Castillo. Even if that proves to be the case, it isn’t the end of the story. What if Caturra bests Castillo in the cup but is associated with a 25 percent lower yield in the field? Then growers need a 33 percent price premium in order to justify planting Caturra in the first place. That’s just the point at which a grower might consider Castillo and Caturra equally good options. But it doesn’t include premiums for cup quality. A grower would hardly plant Caturra if it would only bring the same income as Castillo, given that the production risk is so much higher.

From the perspective of roasters and other buyers, what could be the long-term implications of this kind of program?

As I said earlier, there has been a lot of “noise” out there in the marketplace about Castillo and its potential for cup quality, but there are so many variables affecting cup quality that roasters can’t be totally sure whether they are tasting the genetics in the coffee or the terroir or the management or the harvest or the process. They may not, in other words, “know” what they think they know about Castillo because they have never cupped it in a way that really isolates the impact of genetics on cup profile in the way the design of the Colombia Sensory Trial will. In that regard, I have high hopes for the Trial, both in terms of informing attitudes about Castillo and perhaps also informing the design of future sensory trials.

I should add that in parallel to the panel-based evaluations being done under the Trial, we as CRS have invited a small number of roasters to blindly cup smaller flights of 5-10 sample pairs in their own labs. People have been really excited about the opportunity to calibrate the two varieties within their own companies. We will be interviewing each of them both before and after they cup and publishing the results on the Coffeelands blog to engage more people in the marketplace in the conversation.