Inside Starbucks’ New Reserve Line HQ, A Shrine to Company and Coffee 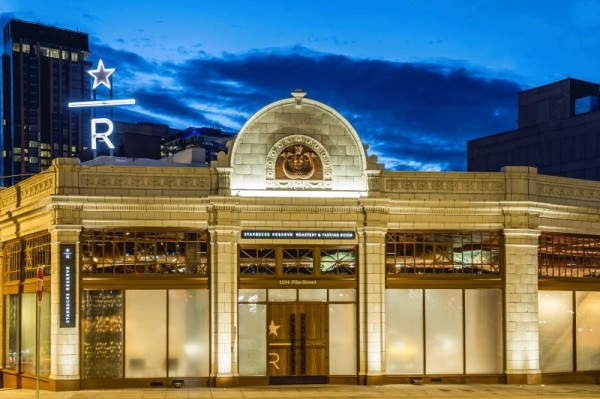 Starbucks has unveiled its massive Reserve Roastery and Tasting Room, occupying a sprawling 15,000 square foot former automotive showroom after two years in the making. This is arguably the most dramatic, and probably the most expensive, coffee-focused retail shop in the history of the modern world, with implications aplenty.

Nine blocks away from Starbucks’ original Pike Place Market location, it is the flagship facility and roasting headquarters for the company’s Reserve line, which will be shipped to 1,500 locations globally, as well as to 100 new Reserve-branded stores beginning with Chicago, Los Angeles, New York, San Francisco and Washington D.C.

More so, it represents the company’s untold many millions-of-dollars investment into the high-end coffee retail space, where it has until now only occasionally dabbled while focusing on its core business of sweetened and high-margin drinks, chain development in emerging global markets and grocery sales.

“This is the moment of the next generation of Starbucks,” Starbucks chairmain and CEO said in an announcement of the Reserve roastery. “Everything we’ve ever done has led us to this point.”

The facility itself can fairly be described as awesome. In no particular order of importance, here are a few of its highlights:

Here is the Reserve Roastery in photos: