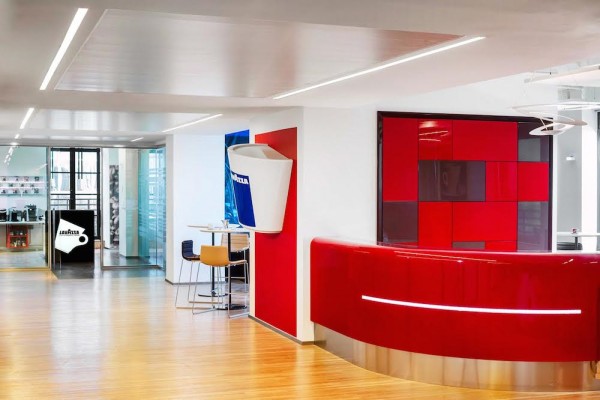 “Our project team took Lavazza’s material and design concepts, developed in Italy by our colleagues at studio aCd architetti, and then executed these ideas to create a European-flavored, but very American, high-energy office with open work spaces, glazed meeting rooms, and breathtaking views of Manhattan and the surrounding waterways,” says MADGI Principal Steven Andersen. 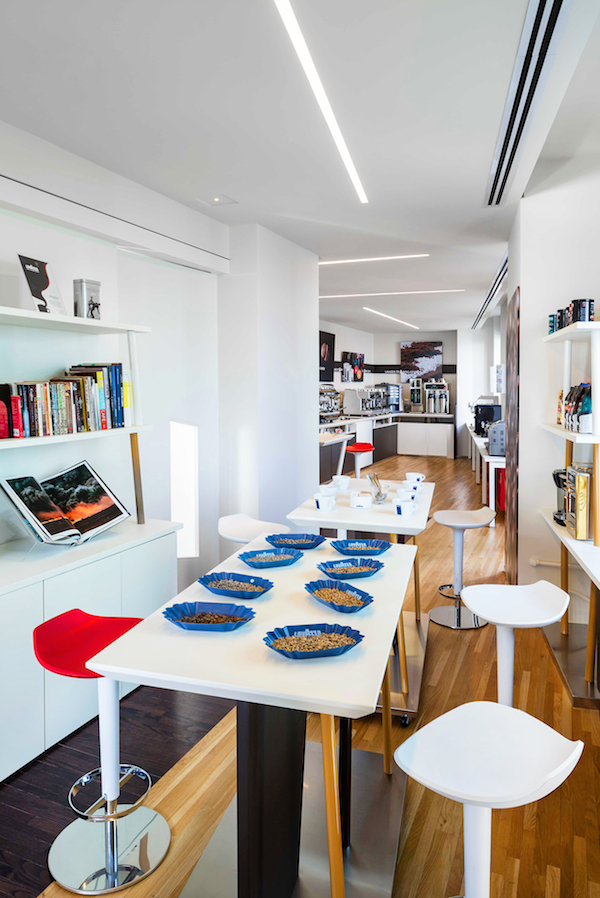 The showroom is the most public of the interior spaces, and MADGI says it was designed to “emulate an almost home-like atmosphere,” including white display cases for coffee-making equipment, books, and promotional items, The room is defined by a hardwood floor in contrasting natural wood and dark espresso stains, and two narrow white countertops that serve as meeting and display tables.

Lavazza is investing the United States — along with Germany, France and the UK — as a prime market for development outside its home turf Italy. The company has been growing in virtually all segments of U.S. specialty coffee, including packaged retail, K-cups, wholesale accounts and the development of its retail shop concept, called Lavazza Expression. The company last year unveiled its “Buongiorno” advertising campaign throughout several major cities in the U.S. and Canada. 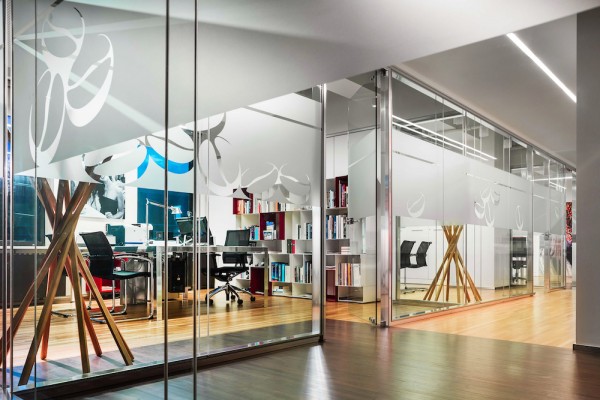 LAVAZZA HAS BEEN THE BEST TASTING COFFEE TJE LAST 50 YEARS

LAVAZZA IS TRUE ITALIAN COFFEE AT ITS BEST, THANK YOU LAVAZZA FOR MAKING EXCELLENT COFFEE.

I have a Lavazza Espresso Point machine (second one I’ve owned). I now live in North Carolina. My first machine was purchased in Connecticut when I lived there. The machine needs to be repaired, and I am having a very difficult time finding somewhere to have it repaired. I was wondering if you might be able to help me out?

Thank You For Your Time
In Advance
Tom Fetta

Quick question: This may seem ridiculous but I find it a valid question.

Is the coffee distributed to the US manufactured in Turin, Gattinara or Pozilli?

If so, has the coffee been inspected and deemed safe to drink based on the Covid-19 outbreak in northern Italy region.

I love the coffee and want to confirm it is safe to drink. I am hoping going through a coffee maker sterilizes the coffee, because of the high temperature when running through my home coffee maker.

Your communist, bull-shit TV ad, belongs in China or Russia. I’ll never support or buy a product from a company that supports open boarders. Do YOU have doors on your house or do you have an open air policy for anyone to come into your homes? Only morons hold open borders as reasonable.

I have seen the alarming commercial! Wow…way to go to spread hatred for the United States. Forwarded it to 2500 people and have received over 1100 disgusted responses…You just list many current and potential customers 🇱🇷🇱🇷🇱🇷

Yep, you lost me, too. Eliminate national barriers? In a time of COVID? Had we had strong national barriers instead of globalism, we wouldn’t have to wear the barrier of a mask and maintain a barrier of six feet from other people. And yeah, obviously communist propaganda delivered by a man who was friendly to the Soviet Union during the time of Stalin. The only reason people tolerated it when Chaplin first gave this speech was because he gave it right before WWII. Funny that he never actually mentioned Hitler in it, though….

I bought a coffee machine for Father’s Day: it doesn’t work, I need to return it and I have called hundred times , left messages and nobody take care of the problem….I thought that you were a huge and serious company……huge disappointment . I would never buy anything from Lavazza Company.