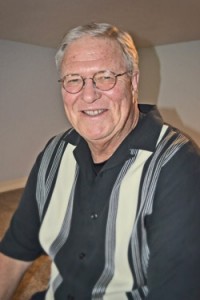 A pioneer in the cultivation and trade of organic specialty coffee, Garth Smith passed away early Sunday, January 11, at age 68, following a battle with cancer.

A friend of Roast Magazine, Smith left the logging industry in 1990 and began working for a Portland coffee roasting company, where he discovered not only his love for coffee, but also his wife Gaylene.

The Smiths soon after founded Organic Products Trading Company, where Garth positively touched the lives of countless small-scale farmers through the cultivation and trade of organic coffee. The Smiths later founded the Cafe Femenino Foundation, a nonprofit that supports projects improving the lives and livelihoods of women working in coffee-producing countries throughout the world.

The Smiths request that any outpouring of love be in the form of donations, in lieu of flowers, sent to Café Femenino Foundation through the Garth Smith Memorial Fund. Donations can be made online or by mail to :

Here’s more from OPTCO on Smith and his remarkable contributions to the specialty coffee world:

Garth Smith, well known adventurer, coffee expert, and advocate for small-scale coffee producers around the world, passed away in the early morning hours of January 11th, 2015 surrounded by his family.

It was in the early 1990’s when he, with his wife Gaylene Smith, founded Organic Products Trading Company which would become a pioneer in the coffee industry for not only for providing high quality organic coffees internationally but also for the focus placed on the people who produced the coffee. A visionary in the coffee industry for over 25 years, Garth was one of the original trailblazers in the fair trade and organic coffee movements. His focus was always on social justice and awareness of the living conditions of impoverished coffee producers.

As co-founder of Cafe Femenino and the Cafe Femenino Foundation, with his wife Gaylene, he worked tirelessly to educate the coffee industry and to improve the lives of those without a voice. Organic Products Trading Company mourns the loss of a leader and mentor and feels fortunate to be able to continue the work that he began so many years ago.

It is with heavy heart that I say goodbye to a good colleague and friend. Having spent nearly two weeks traveling to Peru with Garth and Gay recently I got to know them more intimately, to love them and gain a greater insight into their passion for those that work tirelessly to provide our coffee. Garth will be missed but his vision remains crystal clear and we are proud to support the continued efforts made by the Café Femenino Foundation throughout the world.

Garth Smith was probably the first guy in coffee who really gave a damn about the farmers and their families. When we started Coffee Kids in 1988, Garth was one of the first to come on board. I traveled to Guatemala with Garth and saw him in action. He was amazing, compassionate and a great and fair businessman long before “fairness” became a marketing “must”. Ironically, Garth spent so much time and energy helping farmers organize and improve quality and market access, often only to see the Big Guys swoop in after he had done the work and buy coffee out from under him. No good deed goes unpunished! But Garth always had a great attitude about that, as he knew that the ultimate beneficiaries would be the farmers, who he genuinely cared about. Garth was one of the few people in the coffee industry I had unvarnished respect for. He will be so missed.

Oh dear. 🙁 May he rest in peace. So very sad to hear about this.

Sad to hear that. He was a champion of sustainability and big supporter of smallholder coffee farmers. He will be missed